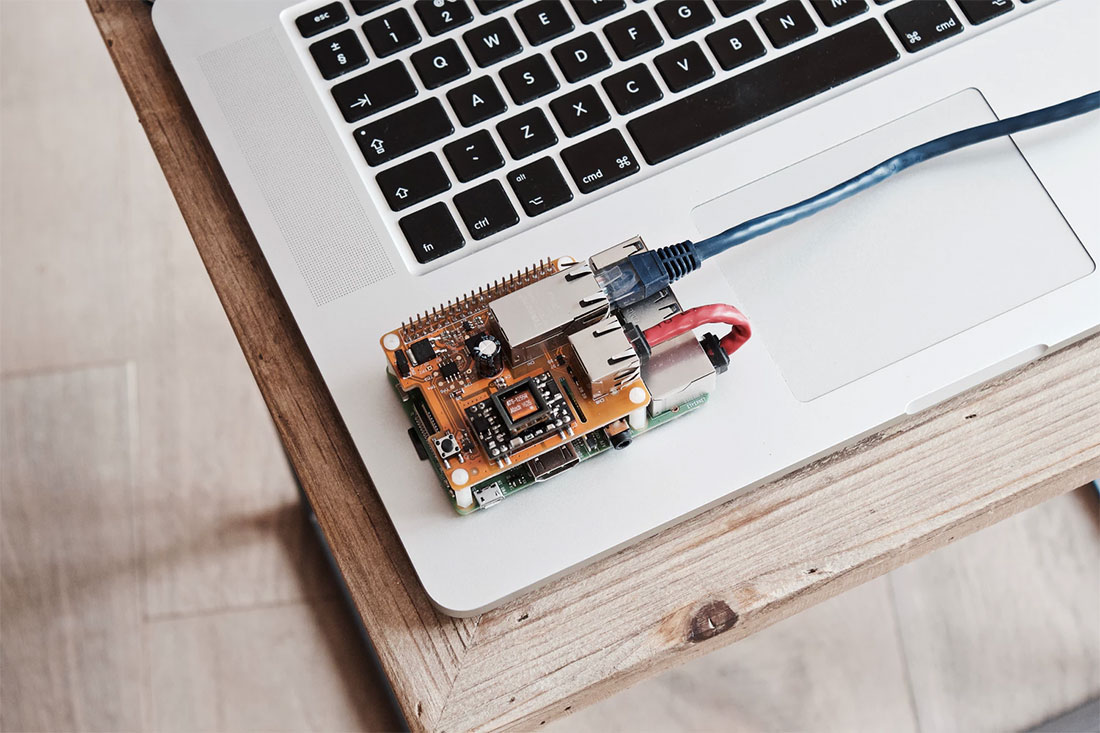 Write to Ian
Merehead / Blog / Trends / Key IoT Trends in Business in 2019: Future, Risks
Subscribe to our newsletter
You are the rock.
Thank you!

The concept of the Internet of Things is one of the popular trends of modern futurology. However, it is something different from other concepts. Namely - the fact that she has already begun to materialize. However, there are not enough conditions for its more deeply involved in real life at the moment. On the one hand, it slows down the excitement of developers who would like to see the concept implemented in practice. And on the other hand, it provides relative calm to those who are not ready for such technological development trends in 2020.

Regarding the development of the Internet of things (IoT) in the future, there are a variety of concepts and theories. We found the opinion of Alexey Turchin quite interesting. Alexey is a part of Ericsson Company. He is the Head Manager of IT Business Development in Ukraine, Europe, and Asia. The specialist who analyzes not only technologies but also their perspectives, as well as risks.


What does it mean ‘Internet of Things’?

If we talk about the Internet of things as a separate phenomenon, then it became one in the mid-2000s. The key point can be considered the stage when the number of devices connected to the global network has exceeded the number of users.

According to Ericsson, there were over 16 billion devices that are connected to the Internet last year. According to a forecast by 2022, their number will increase to the level of 29 billion. Presumably, 18 billion will be directly devices of IoT. This statistic shows that indicate that the Internet of things is no longer just a futurological theory.


What kind of technologies are not enough to implement the concept?

Alexei Turchin said that for a more active implementation of IoT and the many scenarios that were associated with it, so far there were not enough 5G networks. The expert believes that the fifth generation networks are needed for such tasks as:
- Reduced delays.
- Simultaneous support for a large number of connections.

The lack of such opportunities does not allow to introduce the concept of the Internet of things full-scale. According to forecasts, the development of such networks will allow the simultaneous operation of devices with different spectra of characteristics. Such a goal can be achieved by “segmentation” into fragments, each of which is aimed at specific needs.

Turchin believes that the development of ideas related to the Internet of things, in practice, can become real if cooperation in this area includes such subjects as:
- business;
- government;
- telecom operators;
- ordinary users.

It’s early to talk about such readiness, at the moment. Although the number of things connected to the IoT is growing. Alexey Turchin jokes that in the future we will be surrounded by a multitude of “smart” devices and robots, it remains only to make sure that they do not have the intention to take over the world. Beyond all information above, there are risks associated with IoT are definitely. Let's consider them. If you don't know about cryptocurrency yet you have to read it here.


What are the risks of active implementation of IoT?

The first risk that is associated with the IoT segment concerns the violation of privacy boundaries and private space. In an era with a strong tendency of globalism, there are opposite moods that develop in parallel. Moreover, their representatives are far from marginals or people who are afraid of scientific and technological progress.

The second risk is largely related to the first one, but it is more concerned with the technical side of the issue. Such kind of openness can make people more vulnerable, increase the level of cybercrime. According to experts, 80% of devices connected to the IoT, they will be vulnerability from the outside. What kind of methods will be proposed to the protection and whether they will not also violate the personal space of a person? It can only be predicted. The rate of 80% is quite frightening. Although household gadgets, as a rule, do not carry critical information about their users, this risk is worth considering.

The third risk is directly related to the future development of technology. If everything goes according to the Alexey Turchin script and IoT segment affects the scope of automated surgical equipment, industrial instruments or transport (talking about self-driving vehicles), then disruptions and cybercrime can lead to injuries and even death. That is why Turchin thinks that in this segment the solution to the problem may involve quite radical measures.

Time will show if this sphere develops in a similar way. However, it is worth taking into account such expert opinion. It gives a good basis for analysis.


In what areas IoT can be used?

The use of IoT can be directed not only to the domestic sphere but also to the industry. For example, an automated food logistics system and online weather monitoring can supposedly help solve hunger problems. This opinion was voiced on the basis of data from Verizon, which conducted an analysis and revealed the fact that about half of the harvested crop does not reach its final consumers. Automated logistics could help in this matter. It is also assumed that about 25% of the harvest could be saved if online monitoring of weather conditions is carried out. Although such ideas remain only at the level of hypotheses at the moment.

If we talk about the domestic sphere, it works like this: the air conditioner is connected to the Internet and the user, returning from vacation, can turn it on remotely and set a specific mode of operation an hour before his return. At the moment of returning home in the apartment or house, the required temperature regime is already provided.


What are the opinions of users themselves about the rapid development of IoT?

If you analyze user's comments under the materials on the Internet of things, you can see different opinions. Some support the active introduction of the Internet of things in various fields. There are quite a lot of those who do not see the special need for such technologies in everyday life. Such people are often not against new opportunities that IOT can provide. However, they believe that the best areas for the application of technology are industry and medicine, and at the household level, there is no need for such a thing or logo.

It is also impossible to forget about one more category of reactions. These are people who fear cybercrime, as well as invasion of privacy (including by the government). You can find reviews that now other people with minimal effort can find out what things a person has at home. Of course, few people would like such a vulnerability. In this issue, experts talking about 80% of devices that are vulnerable from the outside, and ordinary users, largely agree.

If we talk about the development of the Internet of things as of the current year, then it is too early to draw conclusions about the large-scale implementation of projects in this industry. Although the number of devices connected to IoT is growing, and the concept itself from the field of futurology is moving into a segment of practical implementation.

Generalized trends will be as follows:
- In the IoT segment, the level of competition will increase. Obstacles in the functioning of the industry will force many companies to leave it. Those who remain steadfast in the face of uncertainty will remain. In principle, this is quite a risky step for a business.
- New IoT platforms will appear. Some will be specialized and business-oriented, while others will be publicly available.
- Hackers will seek to get as much data as possible. For those who are at least a little oriented in the cybersecurity industry, such an interest is quite understandable. Such information is in great demand in the “dark network”.
- Blockchain and Internet of Things will integrate with one another. At the moment it is difficult to talk about the prospects of this phenomenon. However, in the coming year, it is unlikely to become widespread, although there are prerequisites for the integration itself. According to data from the Internet resource “Hightech”, by the beginning of 2019, the number of IoT platforms based on the blockchain technology will increase to 5%. Highly likely we will use some tandem with cryptocurrency and trading exchanges like IOTA.
- A number of IoT projects cannot yet be implemented, as there is not enough technological capacity for this. It is hard to see change drastically in the coming year.

Internet of Things is currently quite a new area. Of course, if we do not mean already familiar laptops, tablets and smartphones as these items. How the industry will develop in the future we’ll see later. Although analysts already give some information about the possible prospects of the industry.

Merehead does professional development of iot in business 2019. If you have questions, contact us for a free consultation.

Category: Trends 01/02/2023
Best Ecommerce Platforms 2018
E-commerce segment is growing really fast. Every year, we observe a 20% growth there. For this moment, online trade market takes 10%. And this figure will be 11.5% in 2018. Total sales have exceeded $2.3 billion in 2017. As you could see, this is a huge market that shows significant annual growth. Many software companies have noticed this trend and developed flexible ecommerce platforms. However, not everyone has managed to succeed in gaining trust and popularity. Let's take look at the most popular e-commerce platforms and trends of 2020. If you use PPC advertising, I recommend you read our previous article Google Adwords Best Practices. Believe me, you can save money. 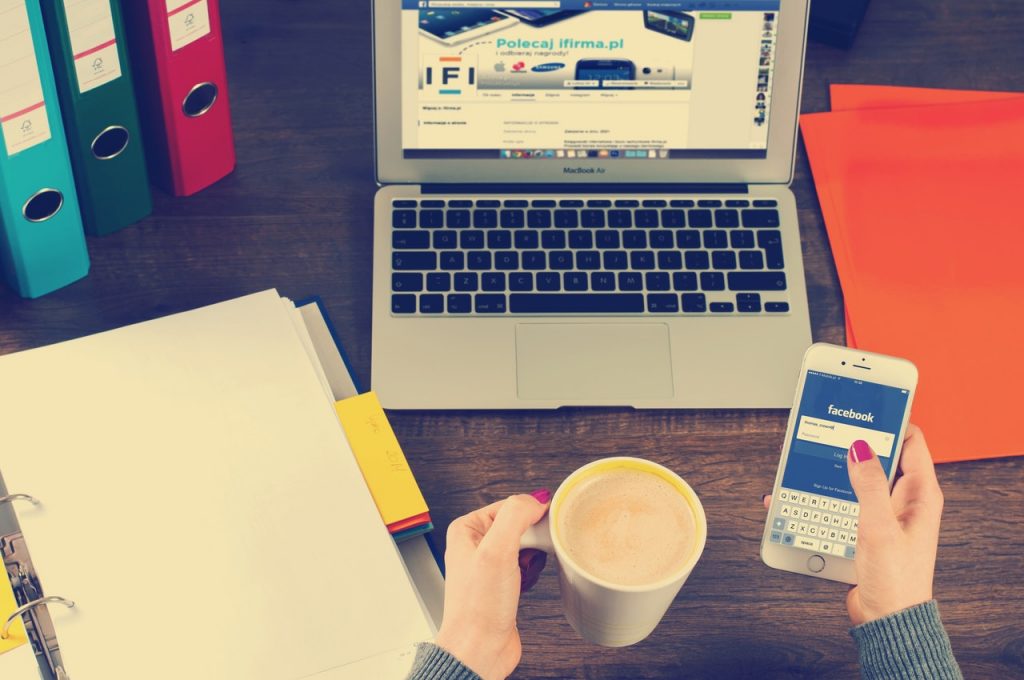 Category: Trends 01/24/2023
Website Ideas 2018 to Make Money (Business & Startup)
You have an idea of starting your own business, but you don’t know how to start with. How to choose right niche and direction? Most probably you have already read many stories of successful startups. So let’s see the latest trends in terms of goods and services that will be in great demand in 2018. In this article we will try to put some light for the aforesaid and offer some interesting ideas for websites and businesses in 2018. 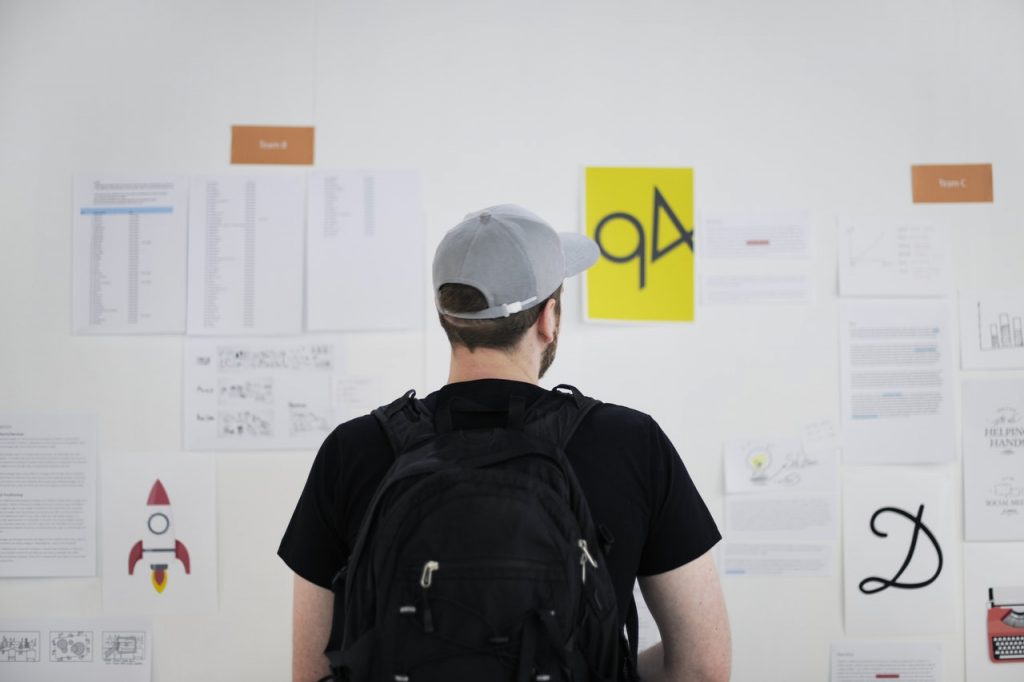 Category: Trends 11/18/2021
E-commerce Trends 2019
It would not be an exaggeration if I say that the era of online trading has already come. Yes, we still see supermarkets of electronic equipment, boutiques with exquisite clothes, furniture stores. But it is more difficult to meet a buyer who at least once in his life did not use the services of an online store. And the number of buyers in the field of E-commerce will grow.