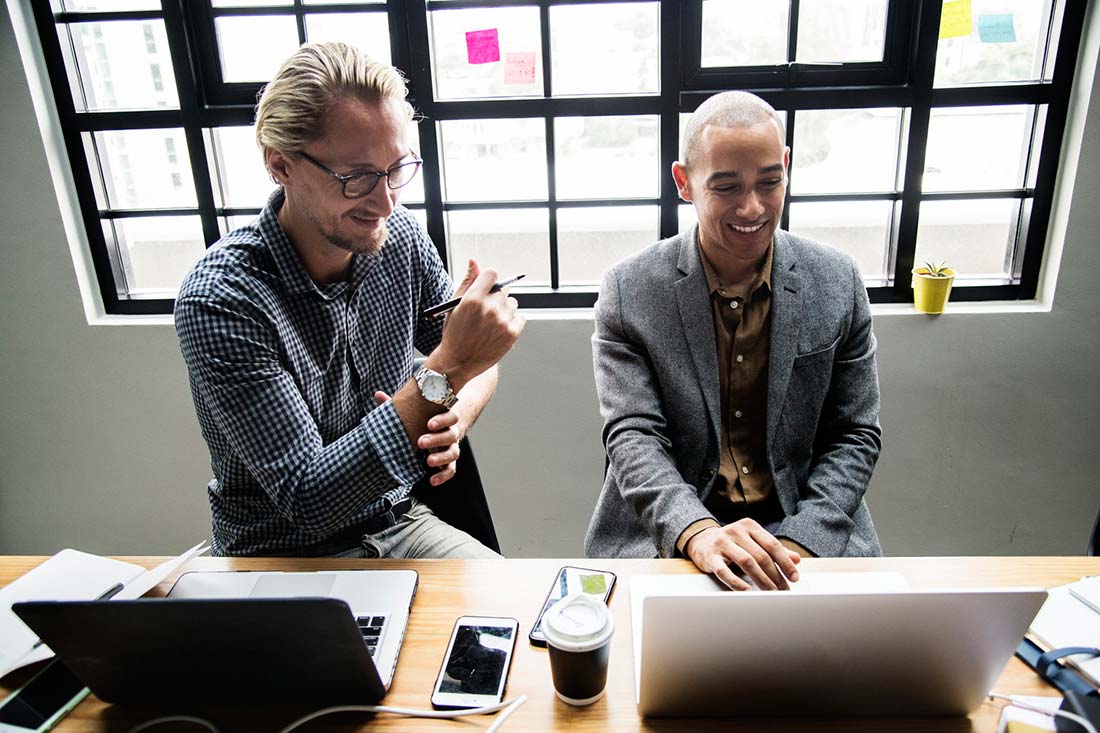 When to Use a Blockchain Technology - Do You Eeally Meed It?

Write to Yuri
Merehead / Blog / Blockchain / When to Use a Blockchain Technology - Do You Eeally Meed It?
Are there any questions?
Yuri Musienko
Write to the author

So, you've decided to get yourself a nice blockchain-based business? Congrats! But would you mind answering the following questions:
- Do you actually need a blockchain for your business?
- If you really need it, when it's generally better to use it?

These are not easy questions, indeed. In this paper, we give you a couple of many possible answers. So get comfy and read the story.

So, why should you use a blockchain? The answer is, decentralized ledgers (blockchains) are the best when multiple parties need to share the same information, but for whatever reason there can't be or shouldn't be a single supervisory authority.

In fact, blockchain technology is a cornerstone of an Internet layer related to transactions and interactions of value known as the "Internet of Value" (as opposed to the "Internet of Information" using client-servers, accounts and master copy databases).


When it's better to use a blockchain?

The answer is quite long: when you want to provide equal rights to all network participants; when there's an urge need to get rid of a single control point; when you want to speed up transactions; when you want to make transactions "smarter"; when you think of your own cryptocurrency. And not only that! Perhaps, one of the most important blockchain's features is the ability to improve the system of record.

The point is, paper as a medium may not be able to keep up the system of record: manual data entry has limitations. On the one hand, paper can be hard to counterfeit because of the complexity of physical seals or appearances. As a result, paper documents have certain permanence.

On the other hand, if the data is in constant flux, if it is transactions occurring regularly and frequently, the only reliable way to keep things going is to rely on modern technologies.

If the information data history are vital to your digital relationships, then blockchains offer a flexible capacity by enabling many parties to write new entries into a system of record that is also held by many peers.


Blockchain participants: who are they?

It's hard to imagine a system without participants, isn't it? When it comes to a decentralized network developed for specific range of users, they often include three main types of peers (participants):
- Developers. This group consists of those users who create blocks for a potential block-chain. In Bitcoin, they are known as miners.
- Validators. Peers maintaining the entire blockchain and validating new entries. In Bitcoin, those guys are known as full nodes.
- End users. Network participants using the advantage of the blockchain functionality accessing the ledger by connecting to full nodes. In Bitcoin, they are known as users.


There's no room for a central authority

Even these days, there's a bunch of reasons for networks to rely on third-party control. However, if existing data protection infrastructure featuring accounts and log-ins doesn't work properly, blockchain technology provides an efficient solution: public/private-key cryptography, a system that doesn't need centralization to push transactions and build successful digital relations.

In Bitcoin: A Peer-to-Peer Electronic Cash System paper Satoshi Nakamoto says: "Merchants must be wary of their customers, hassling them for more information than they would otherwise need. A certain percentage of fraud is accepted as unavoidable."

In this regard, a blockchains makes a happy medium as it offers an affordable solution for businesses spending tons of money on lightweight financial transactions security.


Lightning-fast transactions? Blockchains work on it

If you want to develop a network that can boast of high performance level with lightning-fast transactions, it would be wise of you to deal with a good old centralized model.

As databases, modern blockchains are relatively slow and there is a cost to storing the data: every block in a chain needs to be processes. On the contrary, centralized data systems based on the client-server model are faster and less expensive. Well, for now...

It doesn't actually mean that blockchains are hopeless in terms of transaction speed. The point is, we still don't know the full limits and possibilities of blockchain technology. So, to save nerves and money, feel free to rely on proven solutions.

Usually, old-school databases are great at simple transactions between peers. But if you want to legislate the longer-term behavior of assets in a transparent way, a blockchain offers you a feature known as Smart Contract. In short, smart contracts are nothing but pieces of code that determine the way a particular transaction unfolds. For instance, they can be used to include a Deposit upon order placement, an Escrow where the deposit is placed, a Proof of completion of the task or delivery of the product, and a final Payment. You can even use the code for a single transaction in order to affect the future behavior of digital/real assets.
Another pleasant news is that smart contracts are "young" enough and have a lot of upgrade-potential. So, if you are about to get yourself a blockchain, you have a real opportunity to make your transactions even smarter.


Another day another Coin

Here's the truth: it's is absolutely NOT essential to develop another Bitcoin/Ethereum alternative to use the advantage of blockchain technology. In the vast majority of cases, you don't need to invent your own crypto money.
Still, if you want to provide peers with an opportunity to transact internationally, having your own cryptocurrency is a good idea.

A blockchain gives you a set of tools needed to issue your own tokens. Those coins, inter alia, can provide stakeholders with a share of the success of your system (if appropriate).


Your very own blockchain: keep it real

Do you like myths? If you do, you'll definitely like this part as we're about to consider a few common myths about blockchains and the way they can change your life. Let's roll!

Awide range of today's centralized systems (Facebook for instance) already provide controlled and streamlined info access for tons of people all over the globe.

Modern blockchains in turn can make data access control more complex. According to potential use cases, nodes are run by a separate peers or groups, and each peer maintains its own data access control. With this in mind, there may be challenges around managing access control across all peers that have a copy of the blockchain data.
In short, in some cases using traditional centralized systems is more preferable than dealing with a blockchain. For now at least.

In Bitcoin's white paper you can read that the purpose of the coin is to allow people to send digital cash from person to person without a specific financial intermediary.
If you count a developer (miner) adding the block as an intermediary who collects fees and rewards for his/her work, you can say: there are middlemen in Bitcoin.

In fact, there are lots of private blockchains in the industry that have middlemen know as participants running the nodes, or technology vendors clipping tickets to monetize their blockchain solutions.


Myth #3: A blockchain is an immutable and the most complete event record

Well, it's true for Bitcoin, where old transactions need to be tracked in order to figure out the validity of new ones. Moreover, it's also true that a Bitcoin transaction only conducts if it is broadcast to the network and is accepted into a relevant block. Each event in Bitcoin network is a necessary part that helps to put together the "The State of The Ledger" puzzle.

The idea is, every single event needs to be input by someone or something and then broadcast and accepted to get recorded. In addition, if you use a blockchain, your info still needs to be recorded accurately as putting data in a chain doesn't imply accuracy after all.

Now, it's all about the meaning of the word "true." When it comes to Bitcoin, that word means the network has agreed that a transaction has taken place, and nodes are in agreement or consensus that this has happened.
The concept of blockchain's "truth" has nothing to do with other meanings of the word "true". If a crucial hardware piece fails and records corrupted information onto a blockchain, you can hardly state that all those records are true. If a transaction was made in error or fraudulently due to a hacking of the owner's computer/smartphone, what is the state of the truth?

When we talk about blockchains, the Truth can be defined as follows: data that was originally recorded and agreed as valid by the majority of the nodes. As you can tell, "valid" doesn't necessarily mean "true". In other words, blockchain's truth is something other that The Verity.


Myth #5: All your data is stored on a blockchain

Actually, a hash of a doc, image, etc. can be published to a blockchain, indeed. However, a hash is not an encrypted file version; you can't get the original by decrypting its hash "copy".

Put simply, a hash is a fingerprint of the data, and if it's stored on a blockchain, someone who has kept an exact copy of that data can prove that the data existed at the timestamp when the hash was stored on the blockchain.
On the other hand, you actually can store the original data on a blockchain as digital ledger is nothing but a database coupled with software that validates and shares new entries to the other participants. Still, passing lots of large chunks of information can cause serious issues.

Perhaps, that's the most dangerous myth ever! Seriously, lots of potentially successful ideas can't get implemented because of lack of self-confidence.

Just go for it, give it a try! The only way to create your very own blockchain is to try that technology and adapt it to meet the needs of your business.

Make some time to learn more about nuts and bolts of blockchain technology and be very careful with trendy technical solutions that can "solve all your issues in a jiffy."

When to Use a Blockchain Technology - Do You Eeally Meed It? key takeaways:

Merehead does professional development of when use blockchain. If you have questions, contact us for a free consultation.

Category: Blockchain 03/25/2020
Top Benefits of Blockchain in Logistics: Use Cases
The blockchain technology will allow the international trade to save up to $50 billion a year in logistics in the near future and up to $500 billion in maturity. Find out how and by means of what improvements this will happen – there are examples, statistics, infographics and first results in the article. 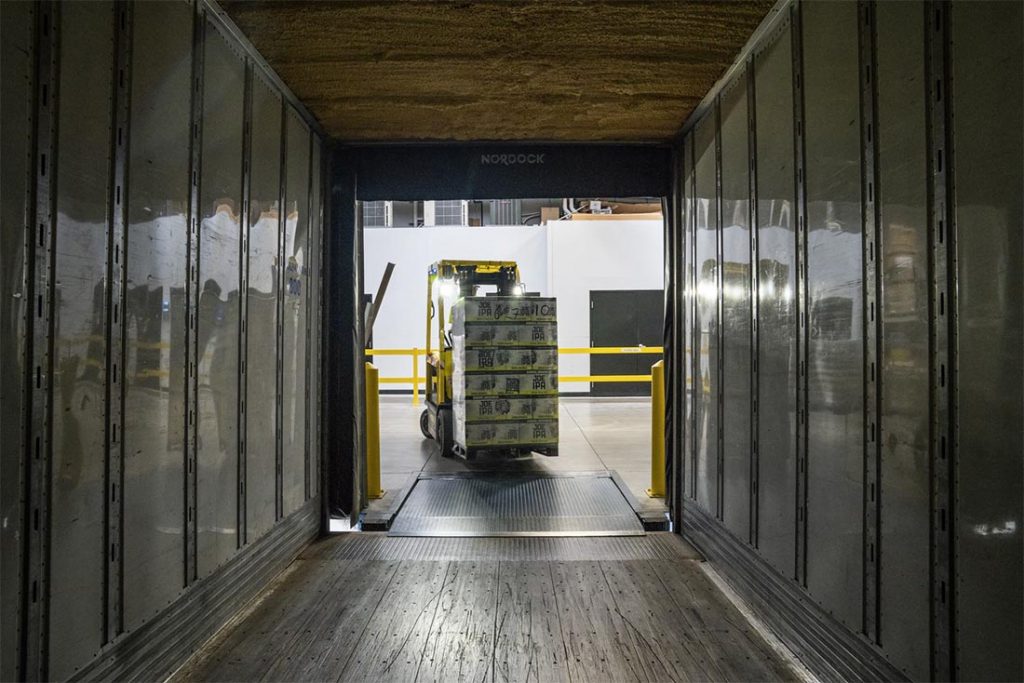