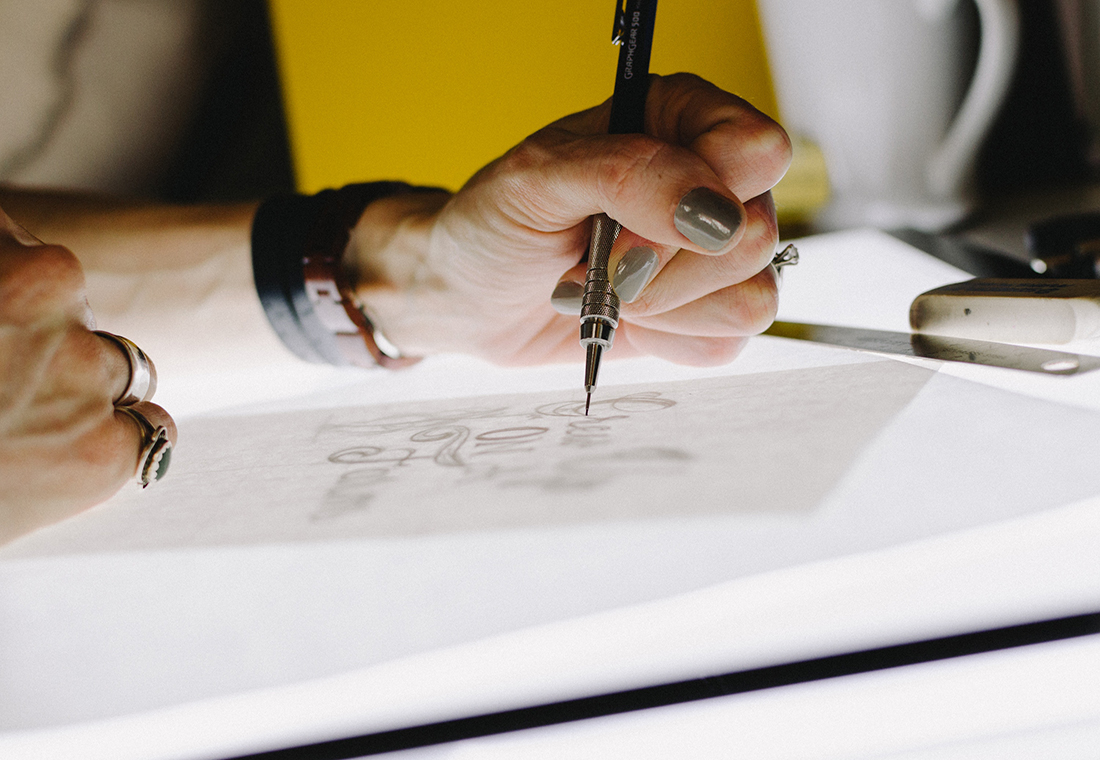 Write to Yuri
Merehead / Blog / Trends / Outstanding Graphic: Logo Design Trends Predictions in 2020
Subscribe to our newsletter
You are the rock.
Thank you!

Branding creates the face of the company and causes certain associations with the audience, so it must be unique. But one cannot say that branding is “independent.” Every year there are certain trends that any company follows. It is not only about flowers and a beautiful slogan. Branding is a unified system that conveys the message and values of the company to the audience.

Success requires creativity and an understanding of the elements that shape the individuality of the business. The first thing we often remember about business identity is logo design. Even if the creator of the business is an artist, he will prefer to transfer this task to the logo designer, since he is far deeply studying trends in this direction.

The world is far enough from the XV-XVI centuries when everything magnificent was a key trend. There are so many things happening around that I often want to notice something simple. Therefore, one of the main trends of the XXI century was minimalism in everything.

According to FINE design director  Joe Flory, there is now “a worldwide tendency to discard additional jewelry in favor of lighter visual aesthetics.” Alastair Holmes, associate creative director at This Place explained the following: “As soon as it comes to the logo, it seems that everyone prefers to simplify. So there are two options: either to make the old logo easier, or to create a new one from scratch.”

Among the striking examples of recent years, we can highlight Uber and American Express. In the process of rebranding, they simplified the look of their logos, instead of inventing something new. The idea worked.

Old and New American Express Logo. Source of the image 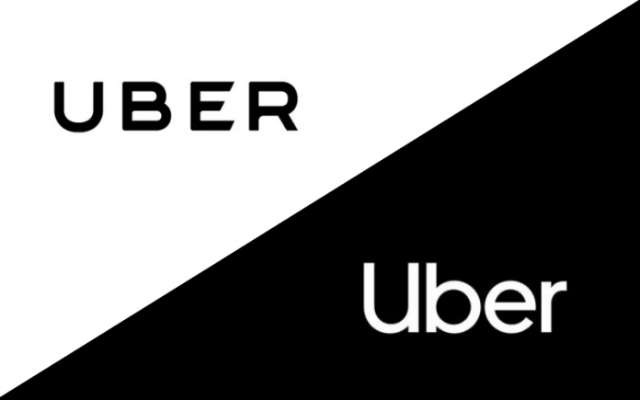 Old and new Uber logos. Source of the image

Looking at the results of changing the logos there is only one thought: “Do you think that there is no place to be easier? American Express and Uber will prove the opposite.” This trend will not die for a long time. Therefore, if you suddenly do not know what to do with the logo, try not to bother, but to make everything simple.

The development of digital capabilities and the ever-greater rooting of technology in our lives has a huge impact on logo design. On the big screen of the laptop, the logo has one appearance, on the smartphone - another, and when scrolling through the browser page, it takes a third one. All this is done for easy reading. 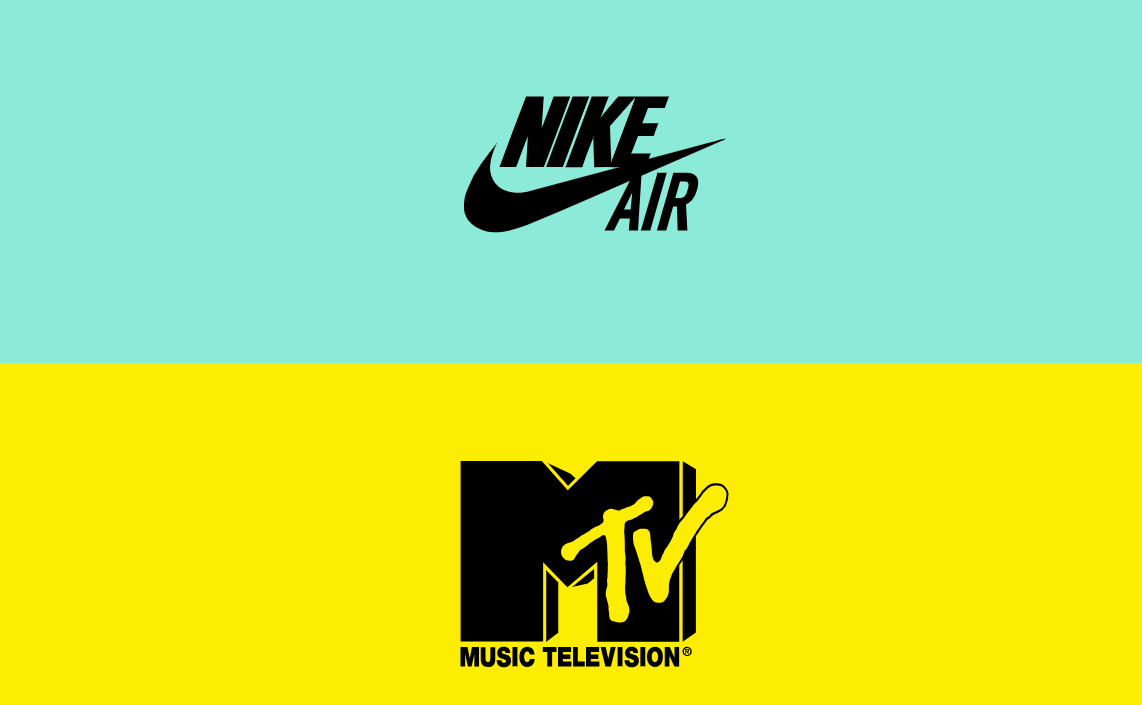 And here is a simplified version: 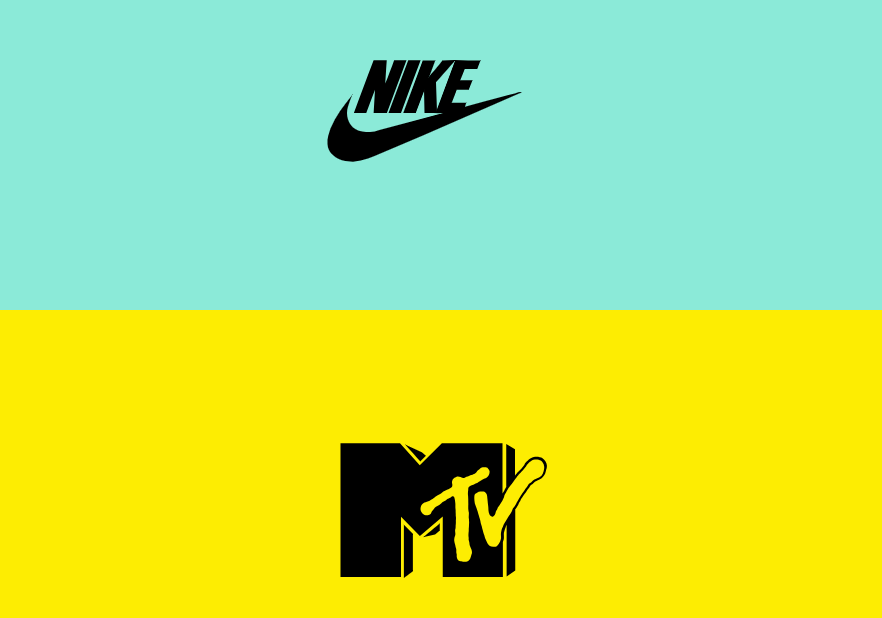 This is one example of responsive logos. If you personally want to see how it works, go to the site responsivelogos.co.uk, and then change the browser window.

At reduction of sizes the quantity of ornaments is reduced, some elements are removed. All for the sake of image clarity and readability of letters.

Moreover, changing the appearance of the logo may depend not only on the size of the screen but also on user actions. For example, when you log in to your Google Mailbox, an icon appears in the upper right corner, slightly different from the standard icon.

Adaptive logos are aimed at simplifying their perception in any form, as well as user interaction. They will attract attention so that the brand will become memorable.

Simplification, as I said, is one of the key color trends in recent years. But after analyzing some logos one can understand that not all brands resort to such a focus. Indeed, the more simplifications, the more authenticity is lost. The company may ask: "How can I be myself if I use the same font as hundreds of other brands?".

Look, for example, at the logo of the network of organic products Abel & Cole. A rather complicated logo that has never changed. But its task is to show what the company does. And this message becomes clear in the first seconds.
It is worth noting that the brand font is unique. Something similar can be found in text editors or Adobe Photoshop. But noticeable unique notes, special touches. In fact, such a font can be added to all programs and signed by Abel & Cole.

Another example of a unique and many years unchanged logo is Coca-Cola. The company could easily simplify the font by changing it to some Roboto, without losing its fans and status. But then all the authenticity of the brand would come to nothing. This would not have been noticed among ordinary consumers. But in high circles, it can hit the brand badly.

Now the main association of the brand will not be a color or an interesting pattern, but a unique font. Live-streaming website like Netflix and Youtube are some of the market giants that have already developed their own fonts. A couple of bumps or empty space on the letters - each element will be appreciated by the world community.

One of the special trends of this century, somewhat contrary to the rest. While there is a tendency to change the logos and simplify their appearance, some brands retain confidence in their old ideas. 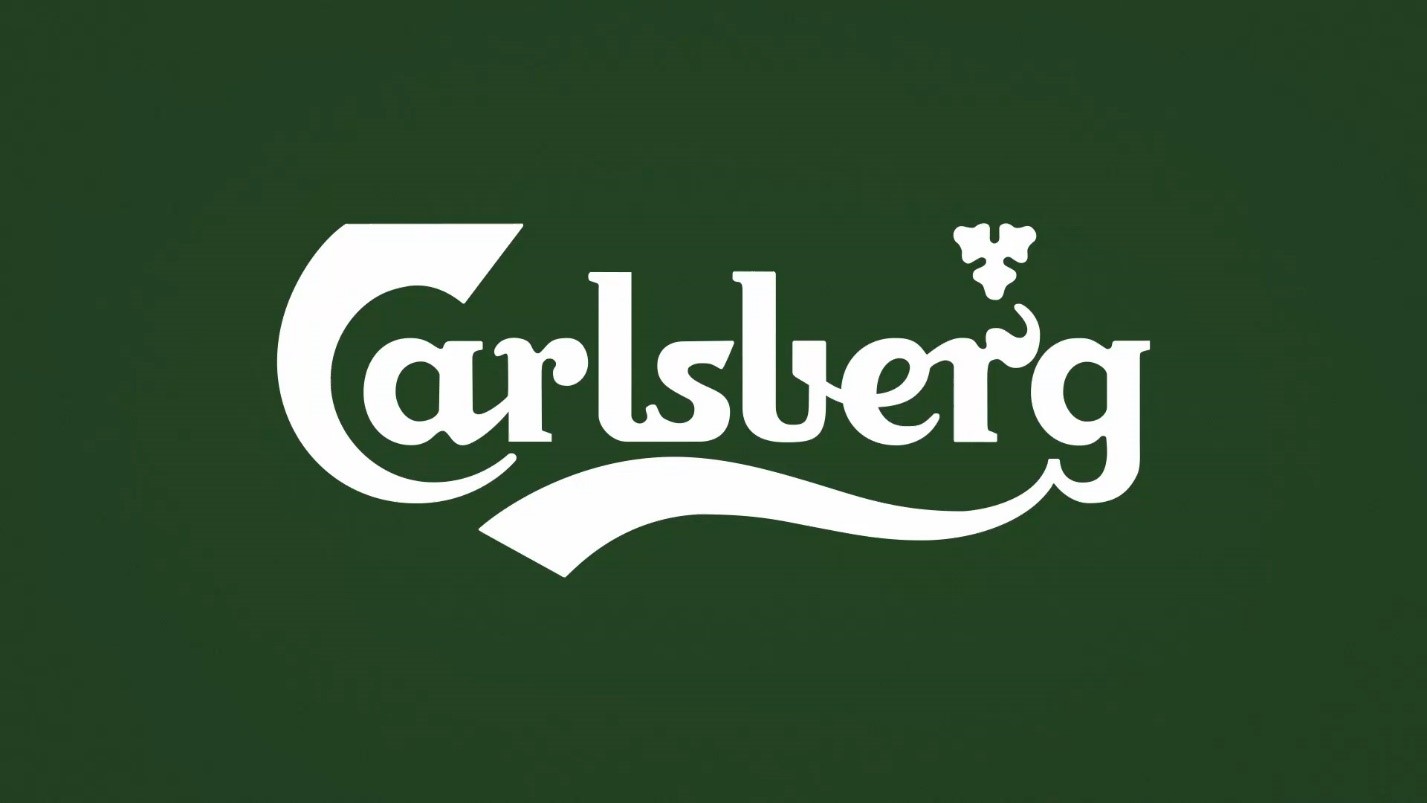 Take a look at the Carlsberg logo and think when you saw it different? It has something to simplify, but it is a classic. Creative Director of Wolff Olins Chris Macklin is sure that the traditional look of the logo will pass the test of time better than the stylized one in line with the trends.

The reason is that trends in design change very quickly. If you do not respond to new trends in a timely manner, you can lose your reputation. But no one will say anything to the classics. It will be appreciated for maintaining a high level against the background of constant changes.

Instead of playing completely different logos every year, it’s better to improve your product. Then the icon will always be cool. As such, there is no special need for rebranding.

Think about Coca-Cola authenticity, which is higher on the head of any trend that Pepsi follows.

In the context of the main trends in graphic design 2021 gradients have already been mentioned. This trend applies to logos. Color is one of the ways that designers today are trying to add a little interest. And they are increasingly playing with adjacent shades than simply blending colors. 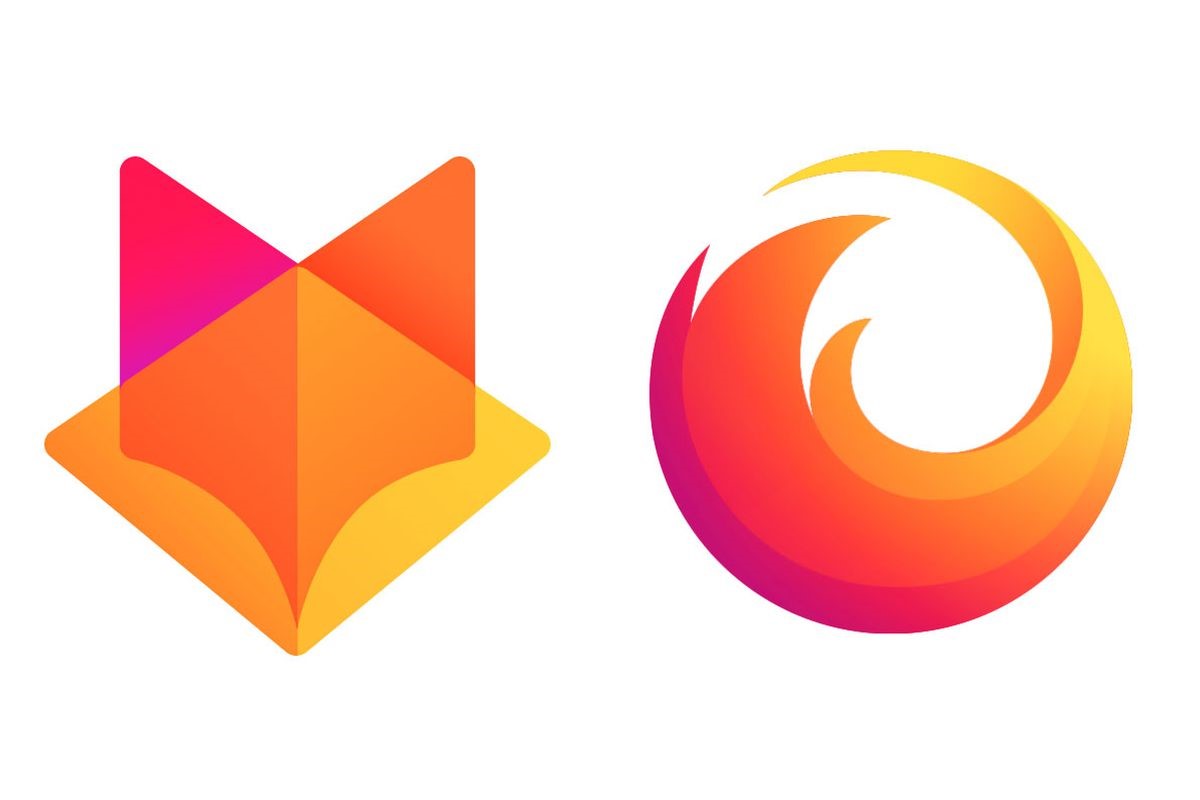 This is what the relatively new Mozilla Firefox logo looks like. If you remember, in the past, the outline of the animal was clearly visible, and inside the Earth is depicted in blue. Now these elements have been removed, which indicates a simplification. But at the same time, they made orange shades more saturated.

p.s. This is a matter of taste, but personally, I like the new logo much more.

Gradients allow designers to more widely disclose their ideas. Now you can play with colors in different ways, the world community assesses even the most extraordinary range.

Brands like Instagram, Dropbox, Apple, McDonald's, Nike have one thing in common. Besides the fact that all of these are world-famous companies, each of them uses a logo with only one picture.

This is quite a risky move for new companies, because after seeing the picture, people may ask: “What is the name of this brand?”. But with proper and sufficient marketing, a single-image logo will be much more efficient than using words.

These types of logos are very rational against the background of the modern pace of life. An adult does not even have a free second. The presence of text in the logo can take away this precious time.

One picture can say a thousand words for itself. Brands have only 5-7 seconds to defeat an intelligent, conscious and forever busy consumer. After a few years, the time is reduced to 3 seconds.

The 21st century, with its pace, brought a couple more problems: monotony and boredom. If your job is not programming or art, then the likelihood is high that day after day you see monotonous pictures.

At the psychological level, many people want to dilute all this. Something like this appeared simple anti-stress toys. Some people spin the spinner for hours or move the neocube to distract themselves.

Animated logos are one of the options for influencing the brain in terms of relaxation. In other matters, the animation can convey the feeling that the consumer feels if he uses the product. 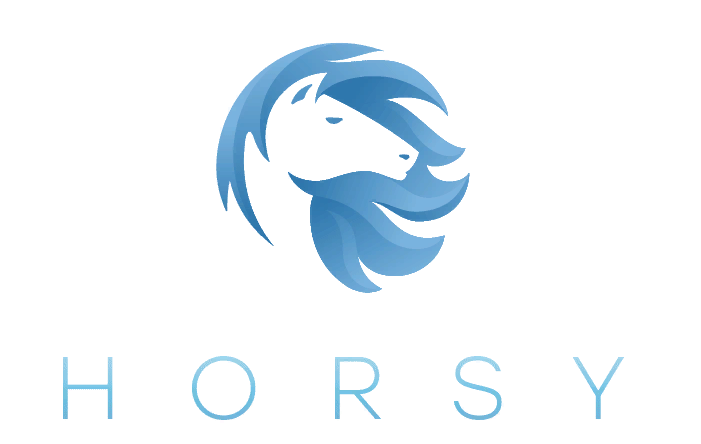 This is a dynamic option to show your brand. With the help of animation it is easier to convey the character of the company and create the right message.

Again, this adds uniqueness to the brand. Among other benefits:

Now is the era of new technologies. Mankind has never achieved success in all areas with such speed. Let animations be far from innovation, but motion design is the main trend of the coming years.


Use of thin lines

A trend that originates in minimalism. Thin, neat lines are not just a universal choice, but also a fundamental building block of logo design. They are easy to manipulate, easier to adapt to the image of the company. What is important, they can also convey a specific message.

As seen in the first example, the lines are curved, conveying a feeling of waviness. Since waves are often associated with the ocean, there is a feeling of calm and clarity. In the second example, they have clear, straight contours. This creates a sense of order and structure, conveying brand organization.

Thin lines are one of the easiest and most effective ways to create a logo that tells everything about a brand in a few seconds. With enough imagination, they can be used by a person who does not have much experience in graphic design. If you can't come up with a colorful logo, then in 2020 you can just stop at the thin lines and play a little with their appearance. We wrote an article about the top logo design trends in 2021. Stay tuned, the article is updated every month.

What goes out of fashion

One of the fleeting trends of the last two years was the bubble font.

Such inscriptions allowed the brand to add individuality. However, it began to be used too actively. Thus, even custom variations turned out to be too boring and monotonous. If you wanted to do something like this, cross out the idea.

What was once old will soon become new. This is an axiom of design. We very often repeat the trends of past years. But each of them today holds not so long. And the style of the 80s today has exhausted itself. Perhaps in 10-15 years, it will be popular again. But in 2020 you should forget about it.

Over the past 5 years, designers have tried to drive as many fonts as possible into everything they have just created. But so there is a feeling of fuzziness, confusion. As if the company could not decide what it wants. The main trend of the future is a simplification. It is incompatible with multiple fonts in one logo.