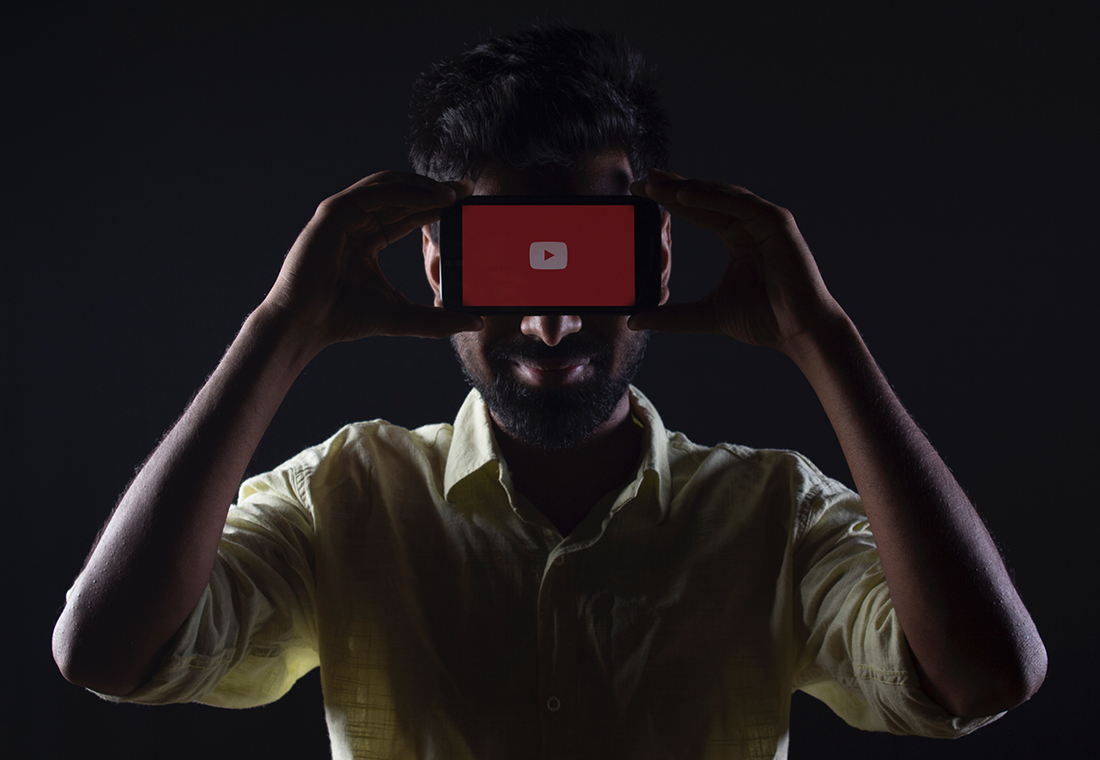 YouTube is 2 billion active users per month who watch 4 videos every day, thanks to which Google LLC (owner of YouTube since 2006) earns up to 10 billion dollars a year. Today we will look at how the developers of the most popular video hosting have been successful, as well as how to create a website like YouTube and how much it costs.

YouTube has started working in April 2005. There was practically no video on the site, very few people knew about it and even fewer people wanted to use it. But Google experts saw a great potential on YouTube, although the search engine had its own similar service called Google Videos, and a year and a half after the launch, the video hosting service was bought for $ 1.65 billion.

The reason Google decided to buy was the business model of the project (and the project team). This is what YouTube offers:

And all this YouTube offered for free. They are the first to decide on this, so it’s not surprising that in ten years the service has become a monopolist of the market, up to 80% of video content in the network passes through it. Of course, Google helped the service to get on its feet, but they noticed it before it became popular, or at least got the status of "promising".

The main thing is to use the right business model: free high-quality service free of charge with competent (unobtrusive) monetization. Thus, if you create a site like YouTube, it should be free. Otherwise, users will not make sense to abandon the usual YouTube.

The absence of a niche. In 2005, YouTube started as a hosting for amateur videos, but now the service is not focused on any niche or target audience. This is the service of “everything for everyone”, where you can upload and / or watch any video content, if it does not violate the law and does not advocate racism, violence, discrimination, etc. Thanks to this, YouTube has a huge reach of potential users, but this is also one of its weaknesses. If you aim at a certain niche or target group, even YouTube can be outperformed in this market.

And video services willingly use this weakness:

Unethical content. Despite the demands of the law, huge sums of money and the company's efforts, many people use YouTube to promote racism, religious intolerance and to demonstrate the brutal outrages. For example, ISIS terrorists posted videos of executions and rapes on YouTube to popularize their ideas and intimidate opponents. Yes, such videos are deleted, but only after days or even months - the video hosting is too big.

Fake news and plagiarism. Susan Wojcicki, CEO of YouTube, recently admitted that it’s difficult for them to distinguish fake news and fake content, because it’s impossible to create an effective content control system on such a large and free platform.

All these drawbacks should be used when starting your own site:

Advertising revenue. From time to time, users are offered to watch commercials that can be skipped after 5, 6 or 15 seconds. Revenue from viewing ads is distributed between YouTube and the channel, the video of which the user watched. In addition, in the service interface there is contextual advertising. 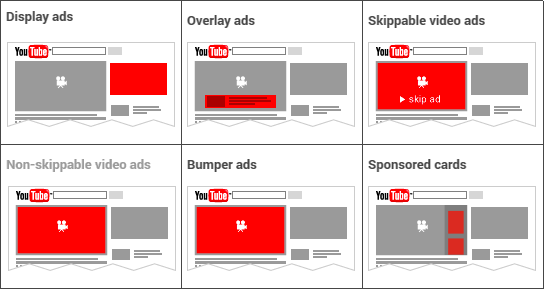 Premium subscription. If users do not want to watch ads, they can connect a premium subscription (initially the user has a free subscription). It costs $ 12 per month for residents of the United States, in other countries the price may vary significantly. For example, in Great Britain it is 12 pounds, in Russia - 199 rubles (about 3 dollars).

Premium content. In the past few years, YouTube has decided to introduce content that you need to pay for viewing separately. Usually these are films, TV shows or documentary films and television shows. The price of such pleasure is from 1 to 10 dollars for one video (series, film, show) or up to 30 dollars for a group of commercials (the season of the series). Price depends on specific video and quality (SD or HD).

If you intend to create a video sharing site, such as YouTube, look for these monetization approaches. But remember that the main profit of the service is from advertising, while other methods are not very popular. And it’s worth understanding that people’s attachment to YouTube allows the service to show ads every 10–20 minutes, while new services cannot afford it.

Any video service created for profit must take into account the interests of three categories of users:

Viewers. People who use the site to search for a video and watch it. They are also called searchers or end users. The popularity of the service and its income depends on the number of viewers, therefore, when creating a site, first of all you need to focus on them.

To attract viewers, you need:

Video Creators. Video bloggers, moviemakers, streamers, musicians and other people or companies that create and upload videos on your site. The works of these users attract viewers, so they need to create the most convenient and favorable conditions so that they can and want to generate content on your site.

At the same time, these users need to be divided into:

Many teams launching video hosting hiring content enhancers to promote their site. Usually in this case they are asked to create unique content specifically for the advertised site for a fee. Sometimes media personalities are taken "for a salary", that is, they are asked to create content exclusively for the advertised service in exchange for regular payment.

Advertisers. Frankly speaking, it is for the sake of these users that sites such as YouTube are created, since they are paying for the attention of viewers (viewing advertising and / or proactive actions). But it is impossible to attract such people directly, since they are only interested in the popularity of the site, the target group and the involvement of the audience.

To attract advertisers, you need:

If you take into account the interests of the above categories of users, then your marketing policy must first focus on attracting creators and content enhancers. After filling the site with content (at least a little), you need to start attracting viewers. And only after that you can offer cooperation to advertisers.

In 2005, website creation required in-depth programming and web design skills. But now it is not so difficult, even if it is a question of YouTube level resources. In other words, creating such a site, you can choose one of two approaches to the development.

Ready solutions. There are quite a lot of resources and tools in the network that allow you to create a site like YouTube, in half an hour - for free or with small investments. At the same time, the launched site will have all the functionality of YouTube and you can customize its appearance as you wish. Usually WordPress themes or YouTube clones are used for this.

Development from scratch. This method is chosen if you need to create a unique solution that can stand out in the market and / or if you need to create functionality that has no analogues in the market. So, the Twitch streaming service was created from scratch, although there were similar solutions on the market. The situation is similar with the streaming service of the Stadia games from Google, which allows you to play any games via the Internet, having only a 4K screen and a joystick. 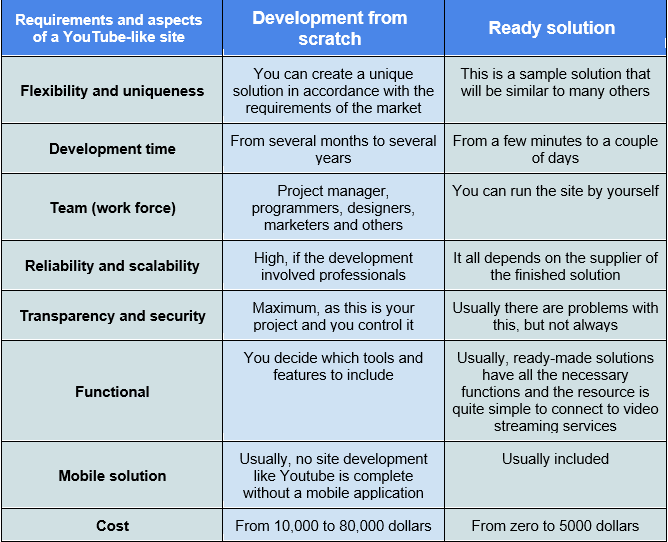 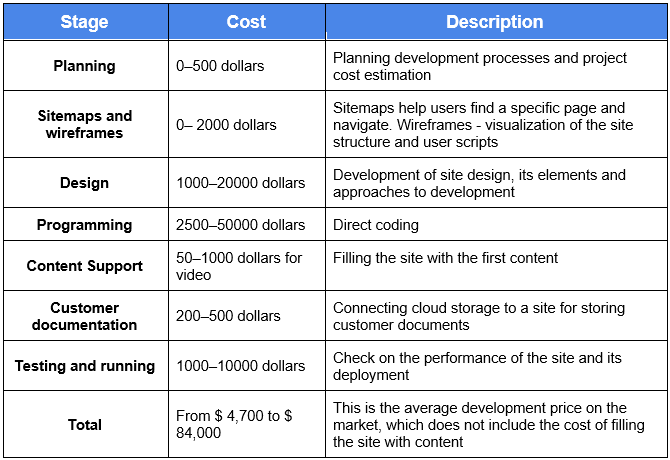 Who to look for. If it was decided to create a YouTube-like site from scratch, the choice of a technical partner should be made according to the following criteria: