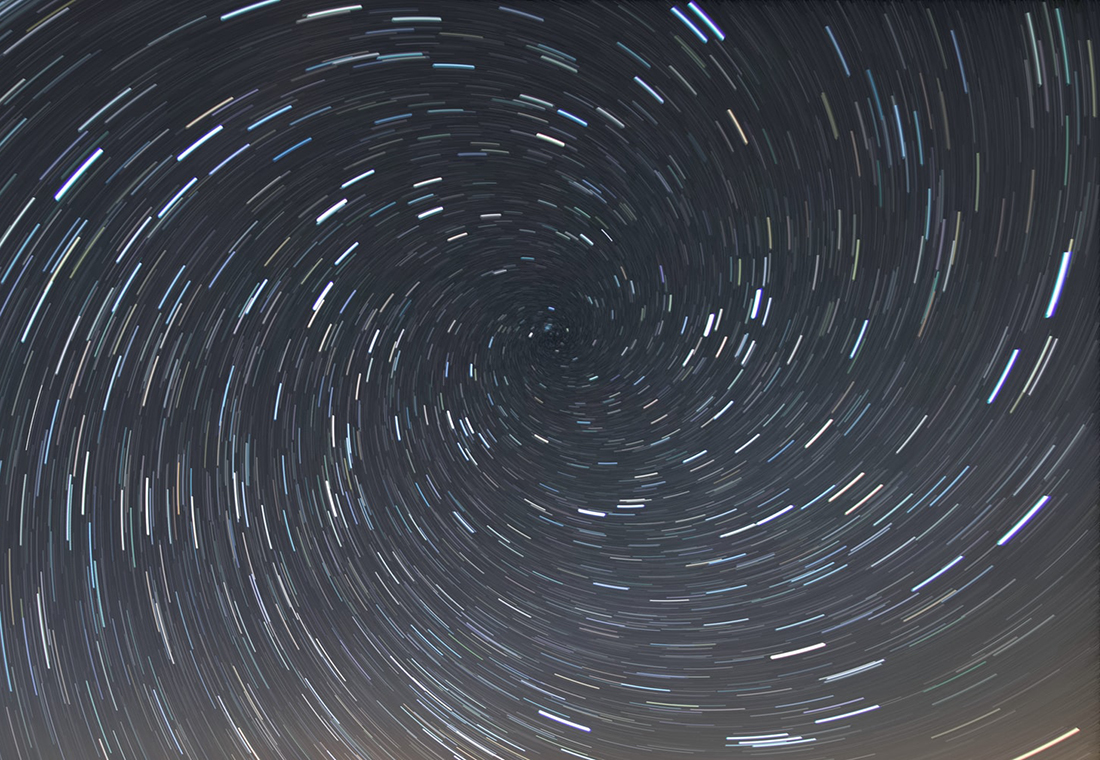 Web Development Trends and Techniques for 2021

Write to Yuri
Merehead / Blog / Trends / Web Development Trends and Techniques for 2021
Subscribe to our newsletter
You are the rock.
Thank you!

High-quality web development is one of the steps to take your business to the next level. The use of new technologies and approaches is an opportunity to increase the page loading speed, improve the user experience, attract more attention to the page, and enhance the indexing rating.

The leader has to keep up with the trends to give proper instructions to his team. The project owner has to be aware of the trends to explain what results he wants to receive. A web developer is required to know the latest trends to carry out all tasks and be sought-after.

Obviously, we should primarily talk about the implementation of artificial intelligence. It’s very quickly learning today so ignoring it is a huge mistake for the business. AI will become an integral part of our lives in all fields soon. Its integration to websites to improve service quality is a common thing today (one of the examples is online chatbots).

Here's the short list of AI features for websites: 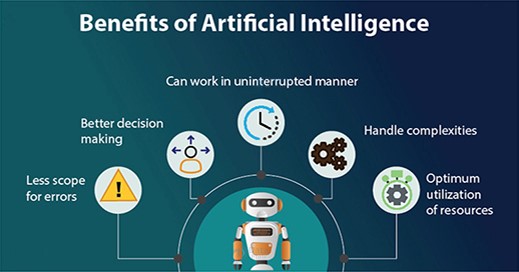 Benefits of artificial intelligence. Source of the image
Starbucks uses AI to provide personalized customer experience. Specifically, it studies the client’s transaction history to form the appropriate recommendations on the digital menu.

Two years ago, the technology of artificial intelligence seemed to be a distant future because it only started to be implemented in ordinary services then. However, this future came very quickly. And now AI is a must in all fields including web development.

The traditional path in building a website is to put each topic on its own page. This has always simplified website navigation, which allows users to quickly find the information that they need.

This concept will remain applicable to online stores, companies, which provide services for software development and news bandwidths. Nevertheless, in many cases, it’s necessary to pay attention to the development of the SPA (single page applications).

Difference between SPA and multi-page sites

Firstly, there is no complex navigation or deep menu to pass over. Secondly, this approach gives the user the opportunity to get familiar with the site faster. Thirdly, a single web page design works much better on mobile devices. The latter is a big advantage because nowadays the majority of users favor visiting the sites on their smartphones exactly.

Such services as Facebook and Gmail are fine examples of SPA. This concept removes the need for reloading the web page while being in use by loading all the content via JavaScript. SPAs work internally in the browser and show natural behavior. Users find it convenient due to not having extra waiting time.

The major benefit of push notifications is that they can be used without requiring you to check your email. They appear on the user’s main screen, due to which he’ll be always notified of all novelties of your business. With this, push notifications are an additional marketing channel. In particular, you’ll always remind the user of your brand. 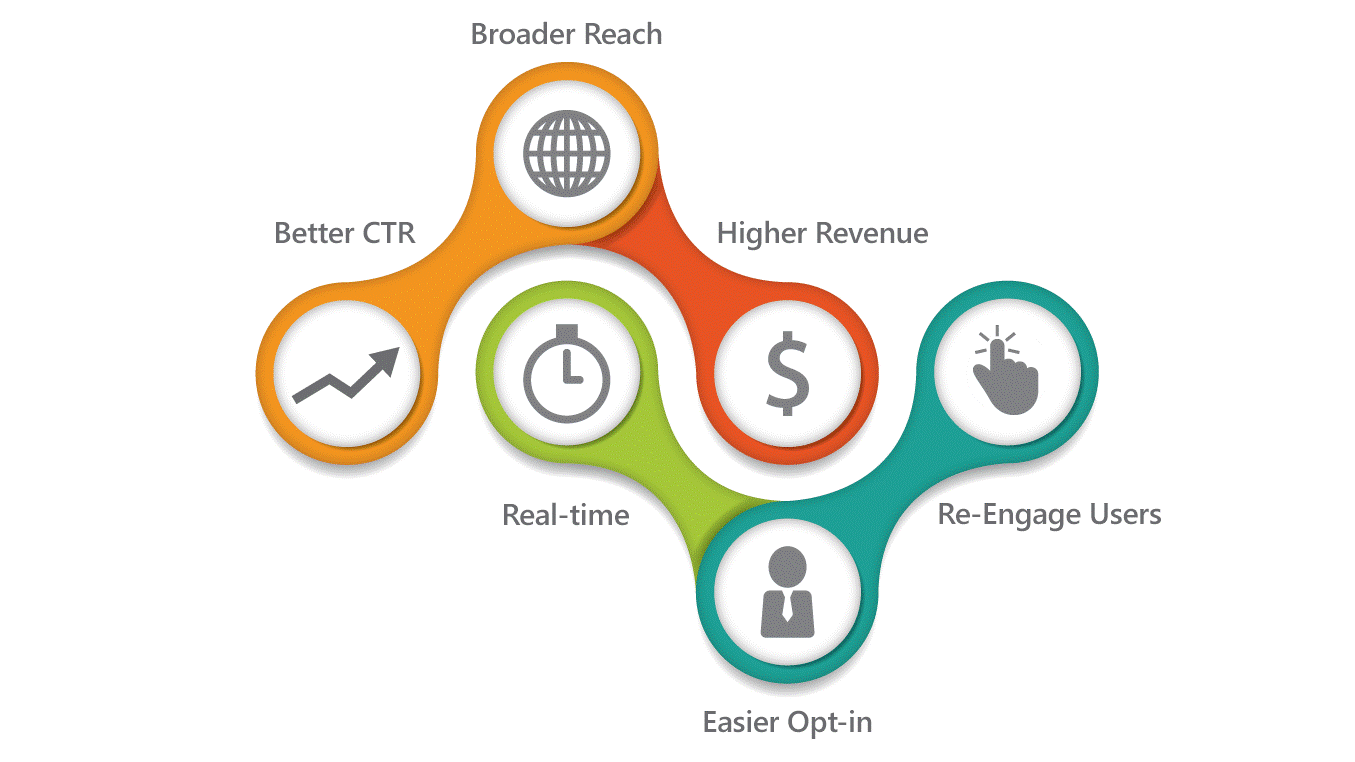 Advantages of push notifications for web pages. Source of the image

Besides, the user tends to click on push notifications significantly more often than on links in the email. Therefore, their optimization can increase your conversion.

It’s very important not to use them beyond measure. Remember that users receive dozens or even hundreds of messages daily (aside from push notifications from the sites there are also messengers and native apps). Notifications from your site must contain useful information without creating a desire to disable them.

The trend of adaptive design has been a key trend since approximately 2015. From that time on, Google has paid greater attention to websites, which are well displayed on mobile devices. Now it’s necessary to provide even higher page loading speed.

For this reason, the Google team has developed a concept of accelerated mobile pages. It’s able to improve performance up to 10 times. In such a way, the user doesn’t have to wait for page loading when he visits the site from the phone. The only obstacle to the loading speed may be the quality of the internet connection. But you as a website developer, can’t influence this anymore.

Google Chrome is very often criticized for using so much RAM. Nonetheless, this browser is the most widely used one on both PCs and smartphones. The first reason is the high operating speed. The second reason is the ability to install the extensions (Chrome supports the biggest number of extensions as of today).

Although they can slow down the work of the browser and the entire device, the users are actively installing the extensions for various web services. They greatly simplify the work with the site. Moreover, some extensions can replace the full-scale computer software (for instance, VPN or screenshots processing software).

Horizontal scrolling of web page elements is rarely seen today. But as already stated, the active use of smartphones has a major impact on web development trends. The major challenge with displaying a web page or its separate elements on the mobile device is a small screen width. 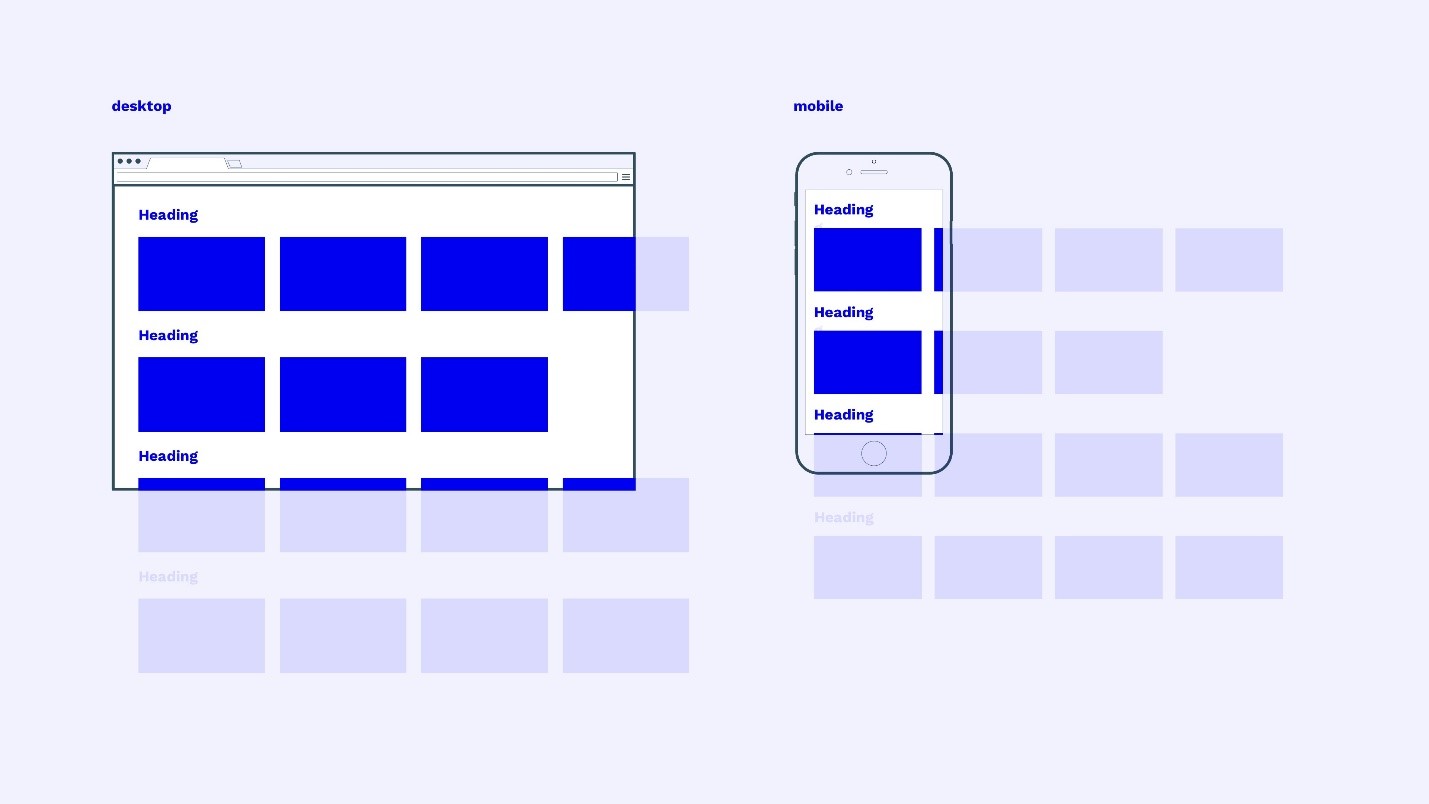 How the horizontal scrolling preserves adaptability

It is for this purpose that many web developers implement the horizontal scrolling today. It allows placing considerably more sequential content without transitions to new sections.

Besides, this approach provides a new user experience. In many instances, the implementation of horizontal scrolling allows making the web page smaller. This trend is the possibility not only to improve the display of information but also to be extraordinary.

TypeScript has become a sudden breakthrough over the past two years. It got in the top 10 most in demand programming languages according to a report of Octoverse by Github, and it also draws serious attention of frontend developers according to State of JavaScript.

It was created to correct some bugs in JavaScript and as the statistics show, the goal has been achieved. People usually talk at forums that TypeScript is becoming a framework for the creation of frontend:

Since this language is still considered new to the web development world, there are many arguments against it:

It’s hard to debate all these arguments. TypeScript isn’t really perfect. Like in the rest cases, this web development tool is situational. But what’s more important is that is being used more and more often. Respectively, TypeScript is one of the frontend trends for 2021.


From Component Libraries to Dynamic Collections

So, using Bit.dev the developer can independently isolate, build, test, and update user interface components. Bit streamlines the process of isolating a component in an existing app, harvesting it to a remote collection. Every component can be built, tested, and rendered outside of the project. In such a way, the developer has an opportunity to update a single component and not the whole app.

In prospect, this approach will let everyone use various components together. In the long run, developers will move to better micro interfaces. More importantly, it will give the opportunity to own parts of your apps end-to-end, keep simple codebases, and deploy incremental UI upgrade.

PWA take advantage of the latest technologies to combine the best of web and mobile apps. The point is that they are websites but they can look and work like a simple app. Key features of PWA:

Some people might ask what’s the difference between PWA and native apps? PWA are hosted over HTTPS. This approach provides better security.

The moment has come when the user got used to the voice search and control in apps. Similarly, we use this feature in a web browser as well. The implementation of the voice search is a generally accepted consumers’ requirement. 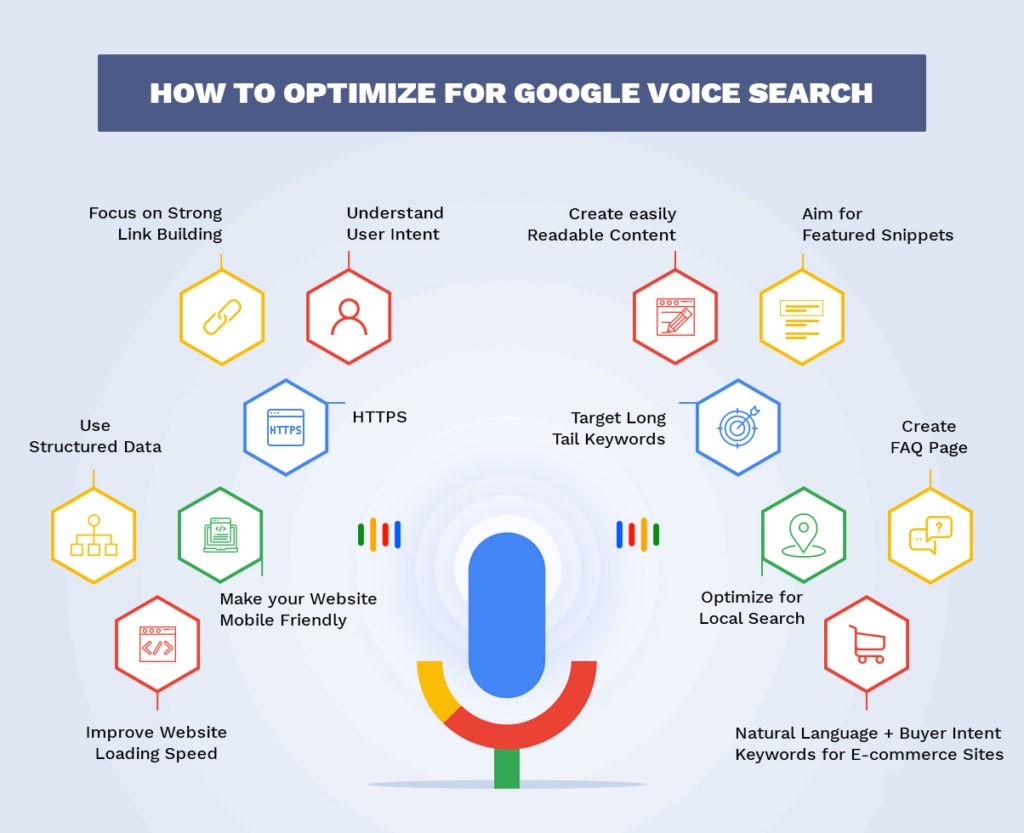 Such assistants as Siri or Bixby played a significant role in the development of voice control. Users of Apple and Samsung resort to the use of assistance to control the smartphone. Especially when it comes to completing a certain action through the headphones.

The users are getting used to voice control and they want to see it on all websites. So one of the forthcoming web development trends is the implementation of high-quality voice search.

The abovementioned web development trends will help you to be one step ahead of other companies. Since technologies play a crucial role in establishing a connection with potential clients, you should consider implementing the best feature set on your website.

If you’re planning to reach a huge audience faster than your competitors, then the voice search, AMP, optimized push notifications, and extensions will give you an advantage. We hope these trends will help you achieve your goals in 2021.

Merehead does professional development of Web Development Trends and Techniques. If you have questions, contact us for a free consultation.

Category: Trends 01/24/2023
8 Top Web Development Trends in 2018
Web technologies are developing at high-speed. What was popular yesterday doesn't mean to be the same tomorrow, you should keep this in your mind. Web development industry is notable for its instability. Some technologies come to change others and vice versa. We'll dive deep into web development trends 2018 in this article and you'll find out yourself. 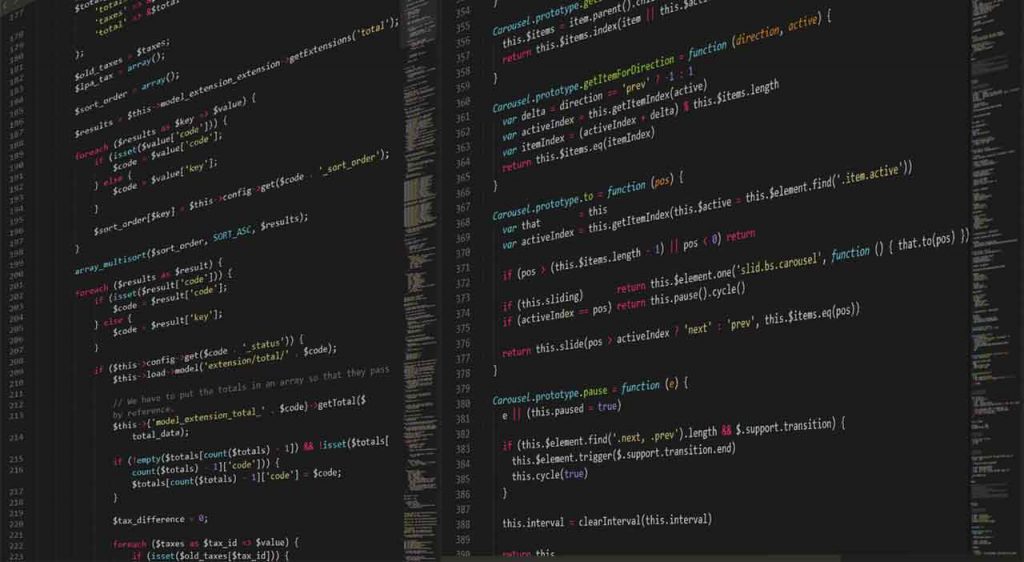 Category: Trends 01/24/2023
Mobile App Development Trends 2018
Smartphones are our continuation. 2017 showed us how far mobile applications can be exciting and fascinating for users. Apple introduced iPhone X which could completely change iOS development trends in it. But let's take a look at what will be on top of popularity in 2018 and predictions. With top mobile app development trends in 2020, you can read in our new article. 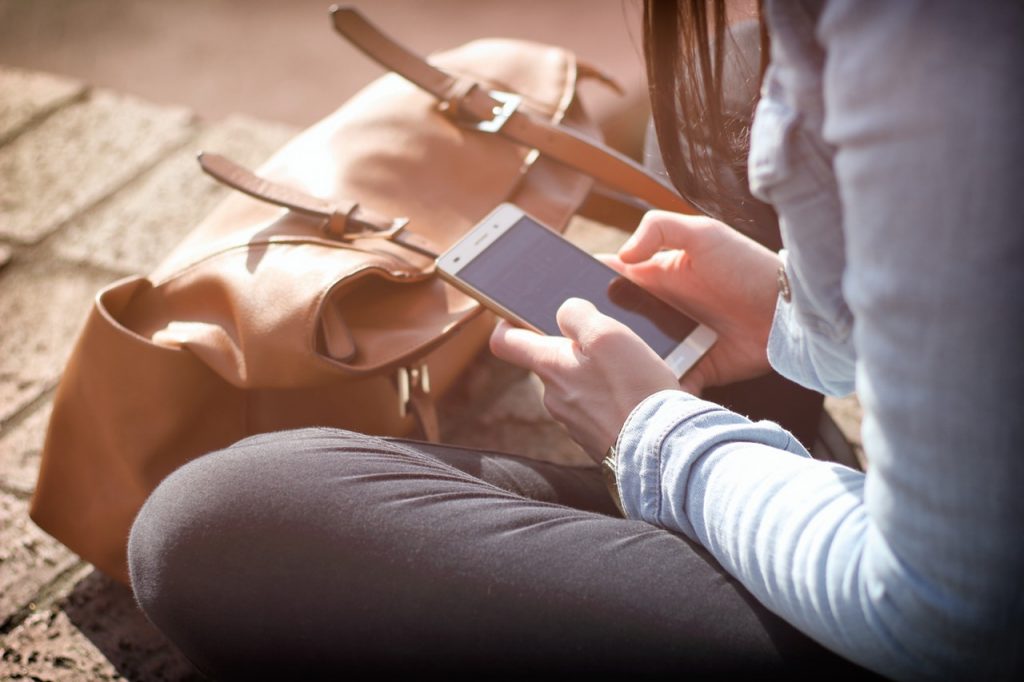 Category: Trends 01/24/2023
Web Development Trends 2019
Millenials or Generation Y are ideal employees for the web development area. Only modern people can respond so quickly to changes and growth in a professional environment. They can study, improve their qualifications, change their qualifications and just be in a trend. 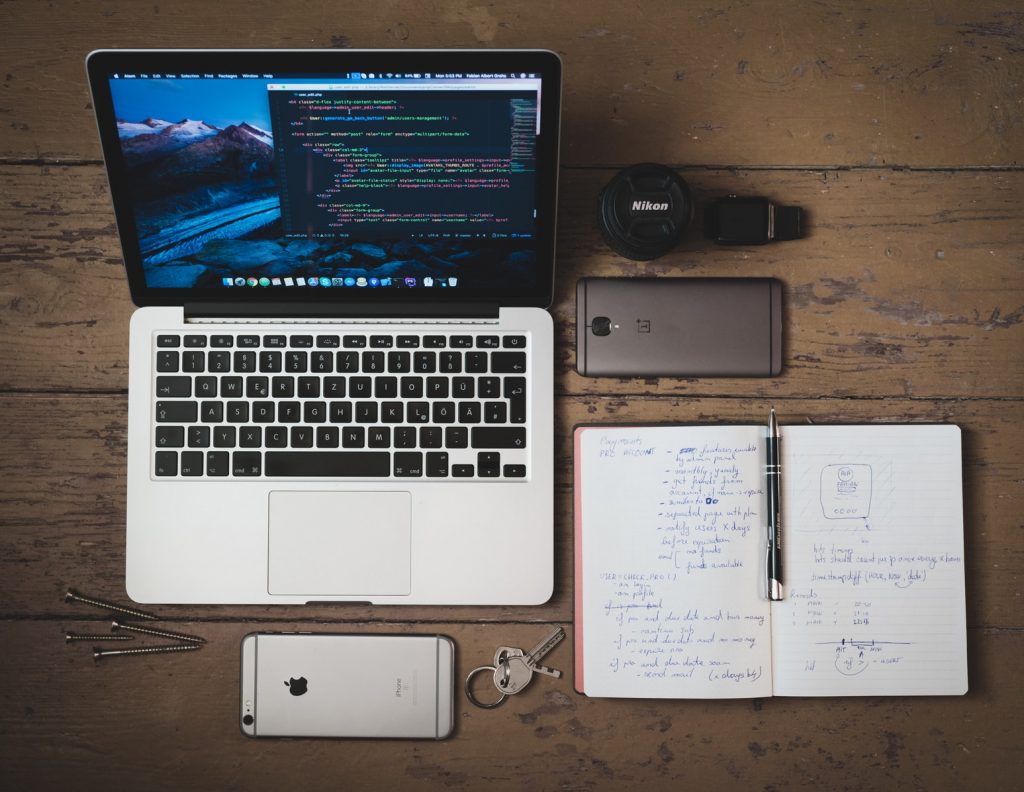