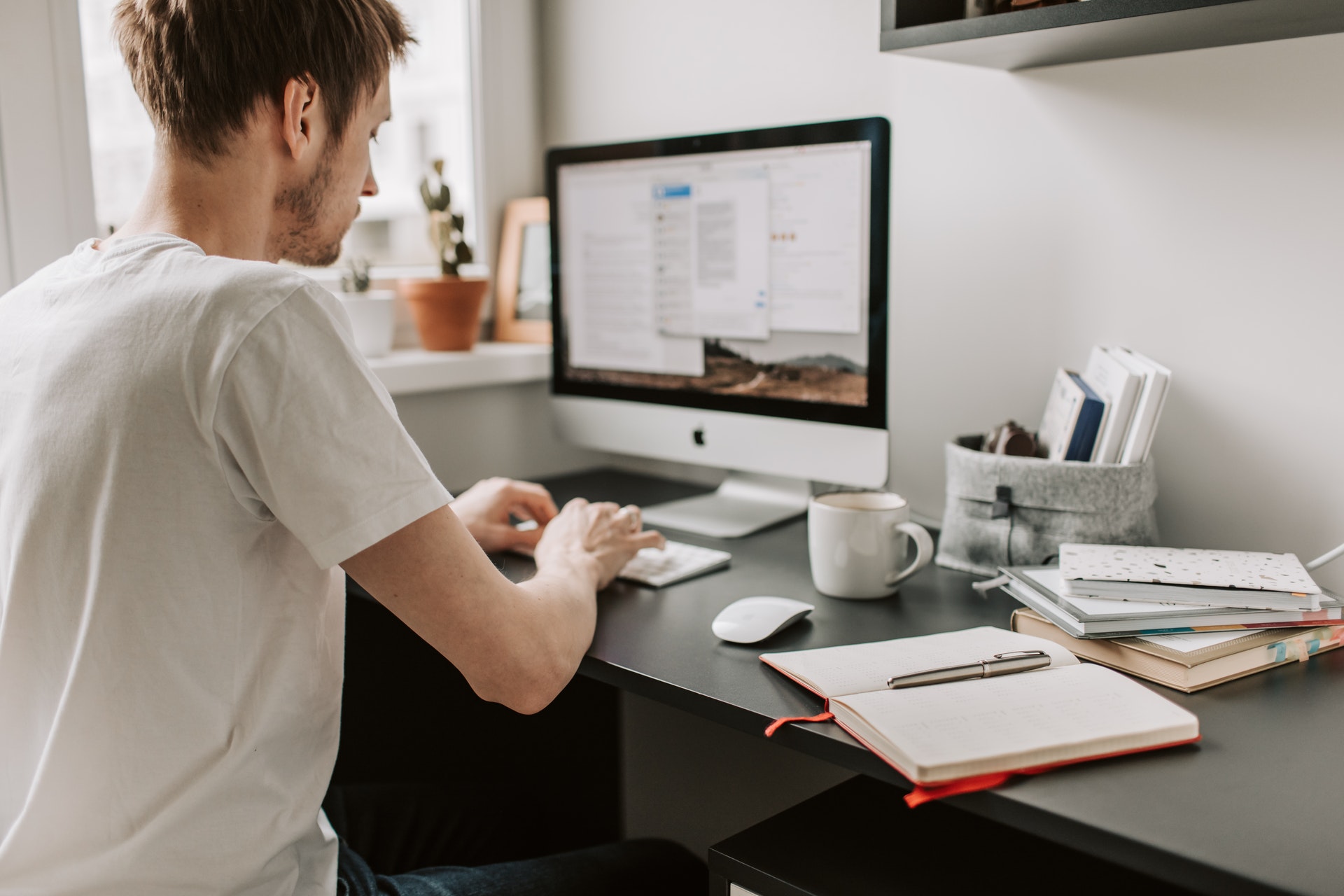 How Much Does it Cost to Start a SaaS Startup?

Write to Yuri
Merehead / Blog / Development / How Much Does it Cost to Start a SaaS Startup?
Are you looking to do the how to start a SaaS startup?
Yuri Musienko
Write to the author

It is impossible to calculate how much it will cost you to launch a SaaS startup without a detailed description of the best business ideas, since many factors affect the cost of developing such software. Therefore, in this article, instead of reading the coffee grounds, we will simply indicate how much it costs to develop the MVP of fifteen successful SaaS startups.

Envoy creates products for workspaces, such as contactless tools for registering and managing office visitors via iPad, systems for managing delivery of goods, etc. The startup's products are installed in 13 thousand offices that serve 100 million people in 70 countries. Among all else, they are also used by such big brands as Yahoo, Docker and Airbnb.

MVP Envoy was created by the founder and CEO of the company Larry Gideon in more than four months without any capital investment, since he did everything alone in his free time and used only free software development tools. 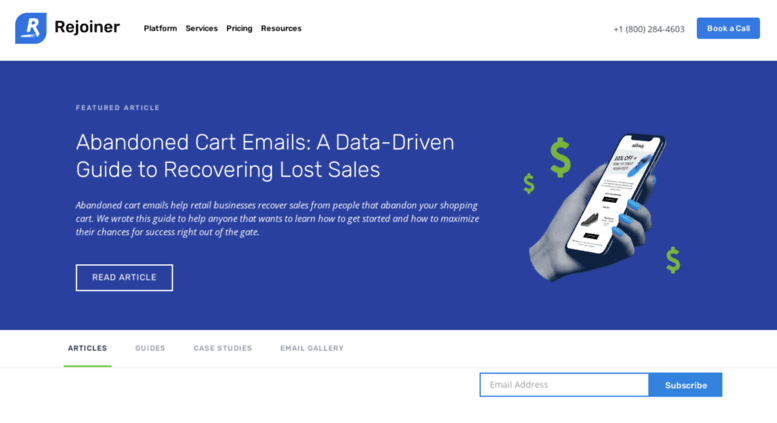 Rejoiner is a cloud-based internet marketing solution designed for e-commerce companies and online stores. Mike Arsenault and his two co-founders - all with a technical background - created MVP Rejoiner in their spare time. It took them six months, and since no one was paying them, and they did not spend on additional web development tools, the cost of launching their SaaS startup was $ 0.

Today, more than 150 companies use the services of a startup, including such large brands as Liftopia, Guess, Fully, Hydroflask and Titleist, which bring a startup from 24 to 50 thousand dollars a year. It can also be emphasized that in 2019 the project was named Email Marketing Agency No.1 by Clutch.

Qualified is a SaaS solution for assessing, training and certifying software engineers. Now 350 organizations use the services of a startup, including Apple, Vimeo and GE, which bring the startup $ 1.5 thousand a month. The startup's gross monthly income exceeds $ 200,000.

Qualified CEO Nathan Doctor claims they built a working prototype over the weekend and got their first subscriber the very next day, at just $ 1,000 in development costs. Then they spent about another year evaluating the product and testing several revenue models, and only after that they began to fully promote their SaaS solution.

Socio — is a cloud-based solution that helps businesses launch real, hybrid and virtual events. The service is responsible for the organization and management, as well as for all communications and interactions between the participants of the events. The startup's services are used by over 400 clients, including companies such as Google, Microsoft and ICAO, which bring Socio millions of dollars every year.

Socio CEO and co-founder Yarkin Sakucoglu says $ 9,000 was spent to create the MVP. And as soon as the MVP was ready, Sakucoglu went to LinkedIn, found several large companies there that had planned major events in the near future, and sent them cold emails. This is how Socio got its first ten clients without any investment in marketing and advertising.

Vested is an online recruiting automation platform that helps businesses find, recruit and train new staff. The startup has only about 30 clients, which on average bring in 15 thousand dollars a year. Yes, this is not very much in comparison with other projects, but this money was more than enough to recoup the development of the MVP Vested product, which took $ 17,000 - an excellent result, considering that the startup was launched in 2018. 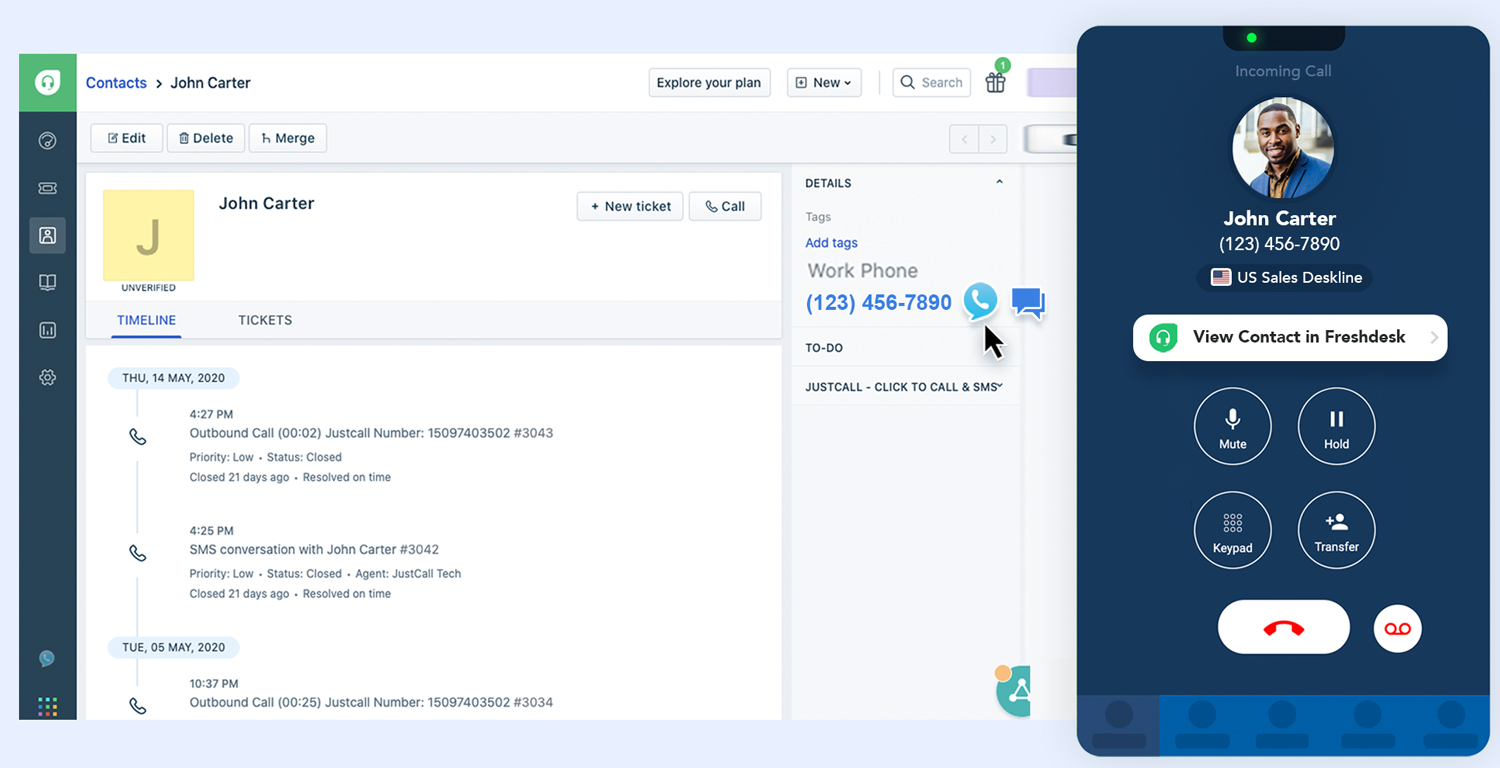 Justcall is a cloud CRM-system for telephone sales, call centers and communication with employees within the company. Justcall CEO Gaurav Sharma says it took four months to create MVP Justcall and a little over $ 20 thousand.

Pixlee is a cloud marketing platform that helps marketers and businesses create and host visual content, organize events, and collaborate with influencers. Startup tools are used by over 500 companies worldwide, including Alo Yoga, Morphe Cosmetics and Kimpton Hotels & Restaurants, which bring Pixlee $ 1.5 million a month.

Co-founder and CEO Kyle Wong, who was twice listed on Forbes «30 Under 30» list, says it cost them between $ 40,000 and $ 50,000 to create the Pixlee MVP. But, in the beginning he and his partners paid themselves only minimal scholarships, which greatly reduced the cost of MVP. 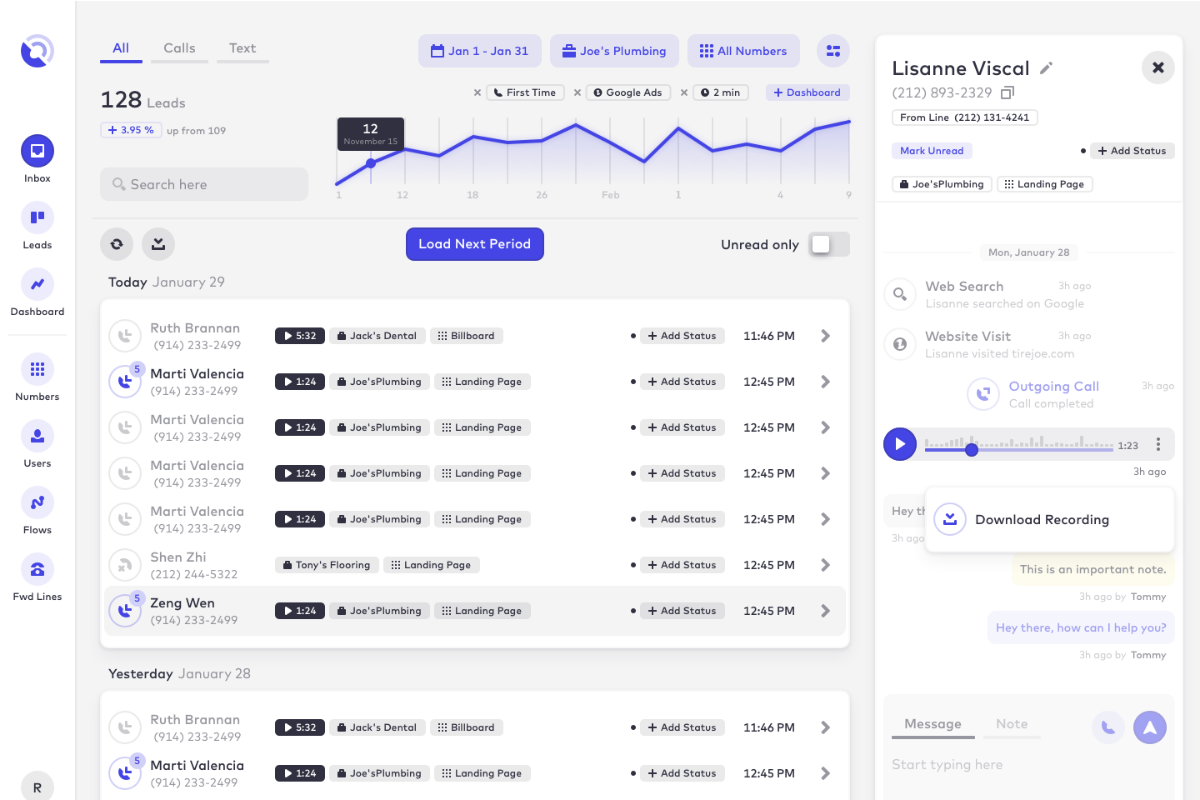 PhoneWagon is a cloud-based call tracking solution that helps businesses improve their marketing expenses by using unique local phone numbers in each region where a marketing campaign has been launched. Businesses use local numbers to track where their advertisements bring the most calls and sales, and where efforts come to nothing.

According to Ryan Shank, PhoneWagon founder, 750 companies use the service, from small businesses with just one employee to agencies with $ 50 million in annual revenue. Which brings the startup about $ 1.5 million in revenue per year - an excellent result for a startup that was launched in 2017, spending less than $ 40 thousand. 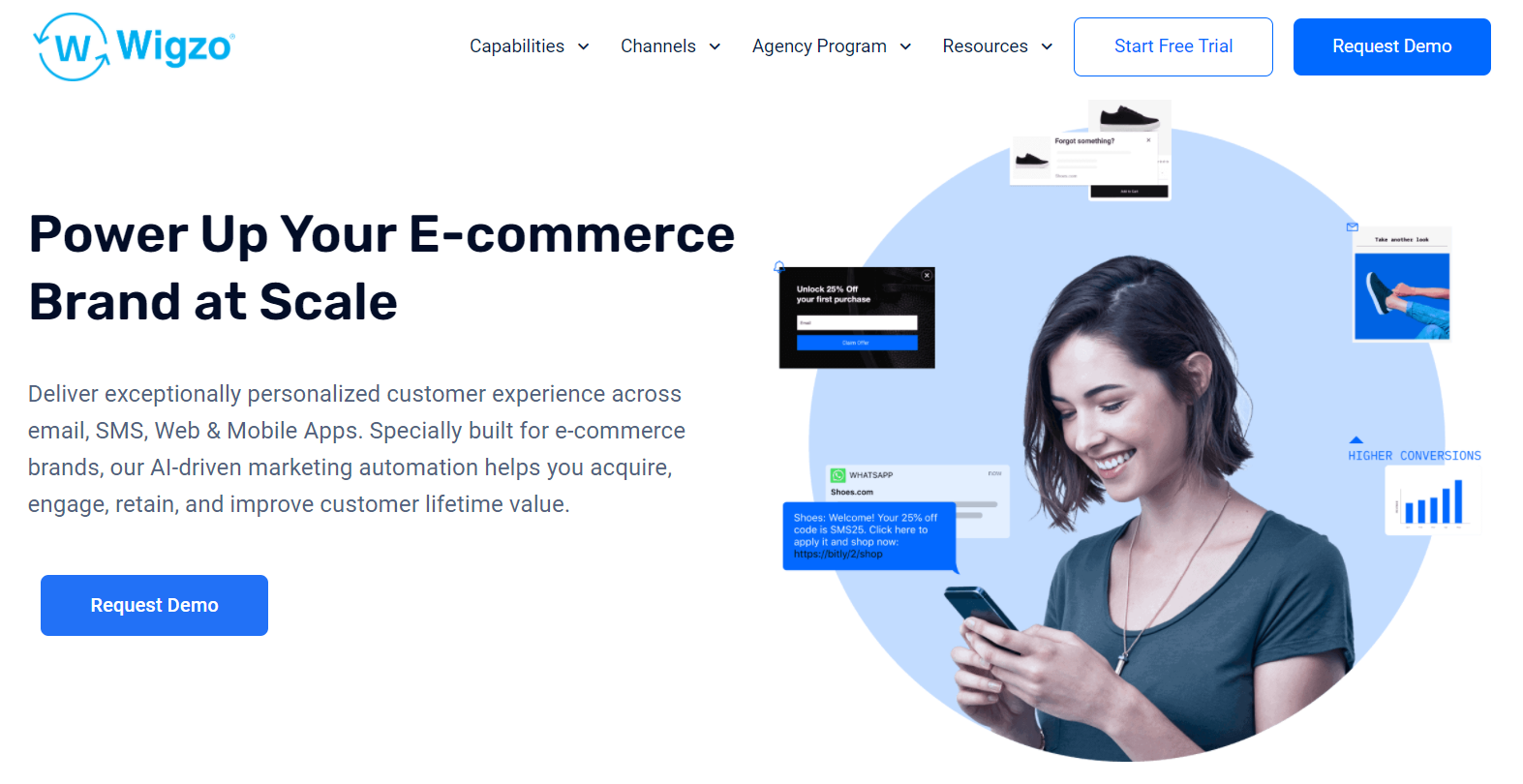 Wigzo is a cloud-based contextual marketing platform that allows a business to increase the conversion rate of potential customers by automating and personalizing marketing and advertising efforts using high-quality analytics, artificial intelligence and Big Data. The startup has more than 600 clients around the world, bringing in $ 240,000 in revenue per month.

Wigzo CEO Mohd Umair says they spent seven months developing the MVP and spent 80 thousand dollars on it. The company paid back the costs 18 months after the launch of the MVP due to the concentration of marketing efforts on two target audiences: small and medium-sized companies with revenues from 2 to 20 million dollars, corporate clients - over 20 million dollars. Attracting each new client costs the company an average of 7 thousand dollars.

Hotjar is a set of heatmap tools that help marketers analyze user behavior on a site. The peculiarity of this service is that it is an "all-in-one" service that allows you to track in real time how effectively the business is attracting visitors and how changes to UX / UI development and design affect user behavior.

According to Wigzo CEO David Darmanin, the cost of launching their SaaS startup in 2014 was just over € 150,000, most of which went to MVP development and advertising. Here are the exact numbers:

For 2020, Wigzo services are used by 35,000 organizations, which, depending on the type of subscription, bring a startup from 40 to 390 dollars per month.

CXL Institute is a cloud-based platform for educating marketers that also provides services to optimize revenue and experiment with different strategies to grow small and medium-sized businesses.

The institute started in 2011 as a blog for marketers and web developers, in the same year the company opened a web development agency that specialized in conversion optimization (CRO). In 2013, the company closed the web development department and redirected efforts to provide services in the field of CRO, and in 2016, based on the accumulated knowledge, it was decided to launch a new startup that will help marketers improve their knowledge and skills in CRO. It took five months and about 200 thousand dollars to create a working product.

According to the CEO of the CXL Institute, Peep Laja, in the first month of their SaaS solution, they earned $ 25,000, after which revenues declined for four months in a row. To avoid bankruptcy, they decided to fund the startup with the revenues of a marketing agency and conduct several experiments to optimize training and sales. 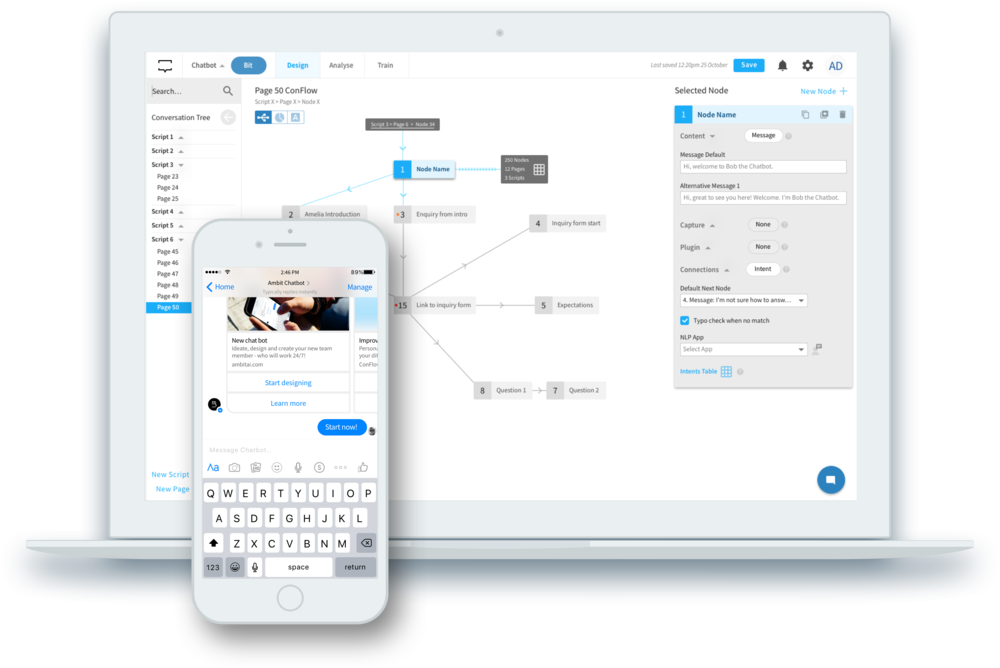 Ambit is a solution for communicating with customers through chat bots that can be connected to a website, messenger or social network. At the moment, Ambit is used by 20 customers who paid 50 thousand dollars to connect to the platform and spend an average of 12.5 thousand dollars on a subscription.

The startup started in 2016 as a chatbot for learning. It took about 250 thousand dollars to develop it. However, this is not the full cost of launching Ambit, since after a while the product was repurposed into a SaaS platform for e-commerce and online stores. How much was spent on revision is unknown. 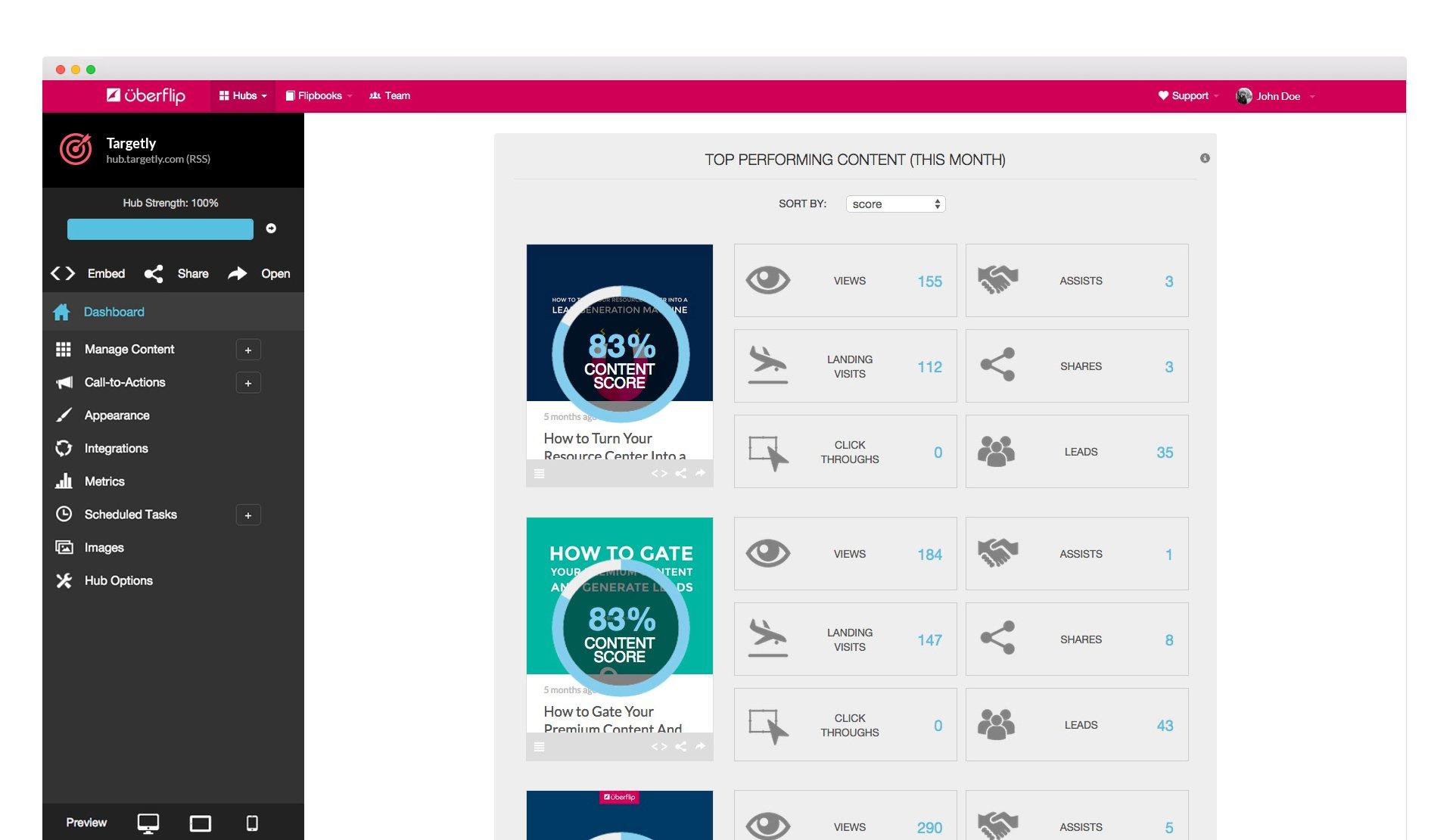 Uberflip is a cloud-based platform for professional marketers to create, optimize and manage content at every stage of the buyer's journey. This project started in 2012 as an online tool for working with static PDF files - Flipbooks. In 2015, Flipbooks was transformed into a cloud platform for working with content, on which the company spent about 300 thousand dollars.

But this is not the whole cost of launching this SaaS startup, since in 2016 the project attracted an additional $ 3 million for development, in 2019 another $ 32 million. Thanks to this investment, the startup has grown to 500 active users, which generate over $ 1.3 million every month.

Rallyware is a platform for e-learning and business communication, which is mainly designed to optimize communication between remote employees. The project was launched in 2012 at the Massachusetts Institute of Technology, the cost of developing an MVP was more than 500 thousand dollars.

Rallyware services are used by 50 small and large customers around the world, including companies such as Samsung, New Avon, Nu Skin and Recruit. Company income is $ 4 million per year. At the same time, Rallyware co-founder and CEO 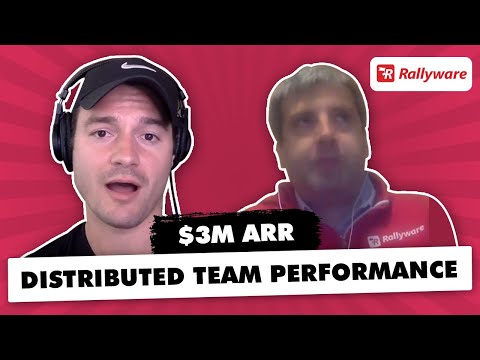 Loop Email is a desktop client and mobile application for establishing effective communication through e-mail, general discussion of individual letters within the platform (as in a forum or under posts on social networks), file sharing and managing shared mailboxes.

The cost of developing an MVP for this SaaS startup was $ 1 million. In addition to them, the company also raised $ 5 million to develop and expand its client base.

How Much Does it Cost to Start a SaaS Startup? key takeaways:

Merehead does professional development of how to start a SaaS startup. If you have questions, contact us for a free consultation.

Merehead review. Vleppo is a startup, digital asset exchange platform based on the Komodo blockchain protocol.
Category: Development 11/14/2021
How Build Your Own SaaS Platform?
Software as a service, or SaaS, is one of the fastest growing markets: according to Gartner forecasts, the industry will reach $ 144 billion in 2022, although in 2019 its annual turnover did not exceed $ 95 billion. Below we will tell you how to enter this market by creating your own SaaS platform. 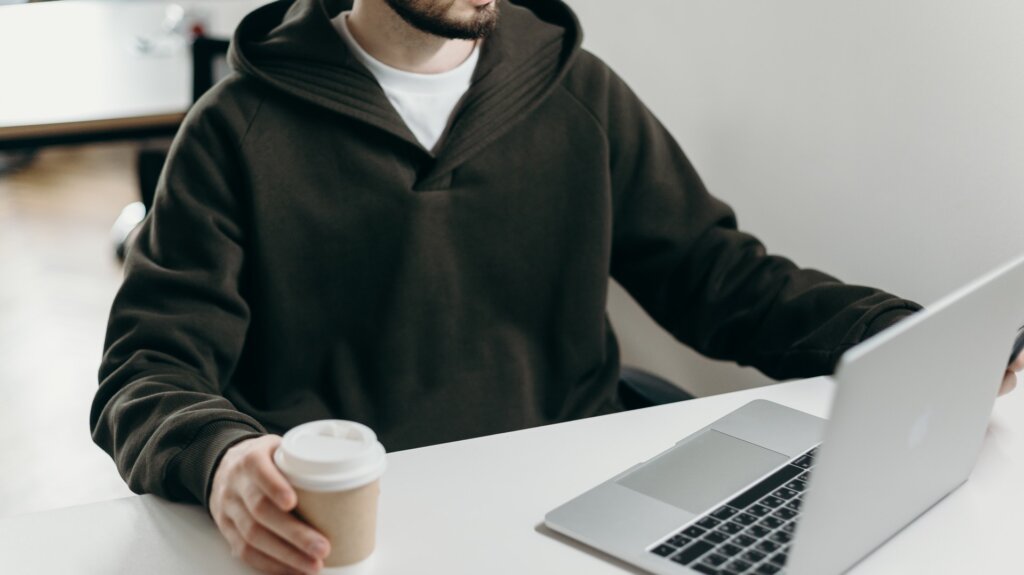