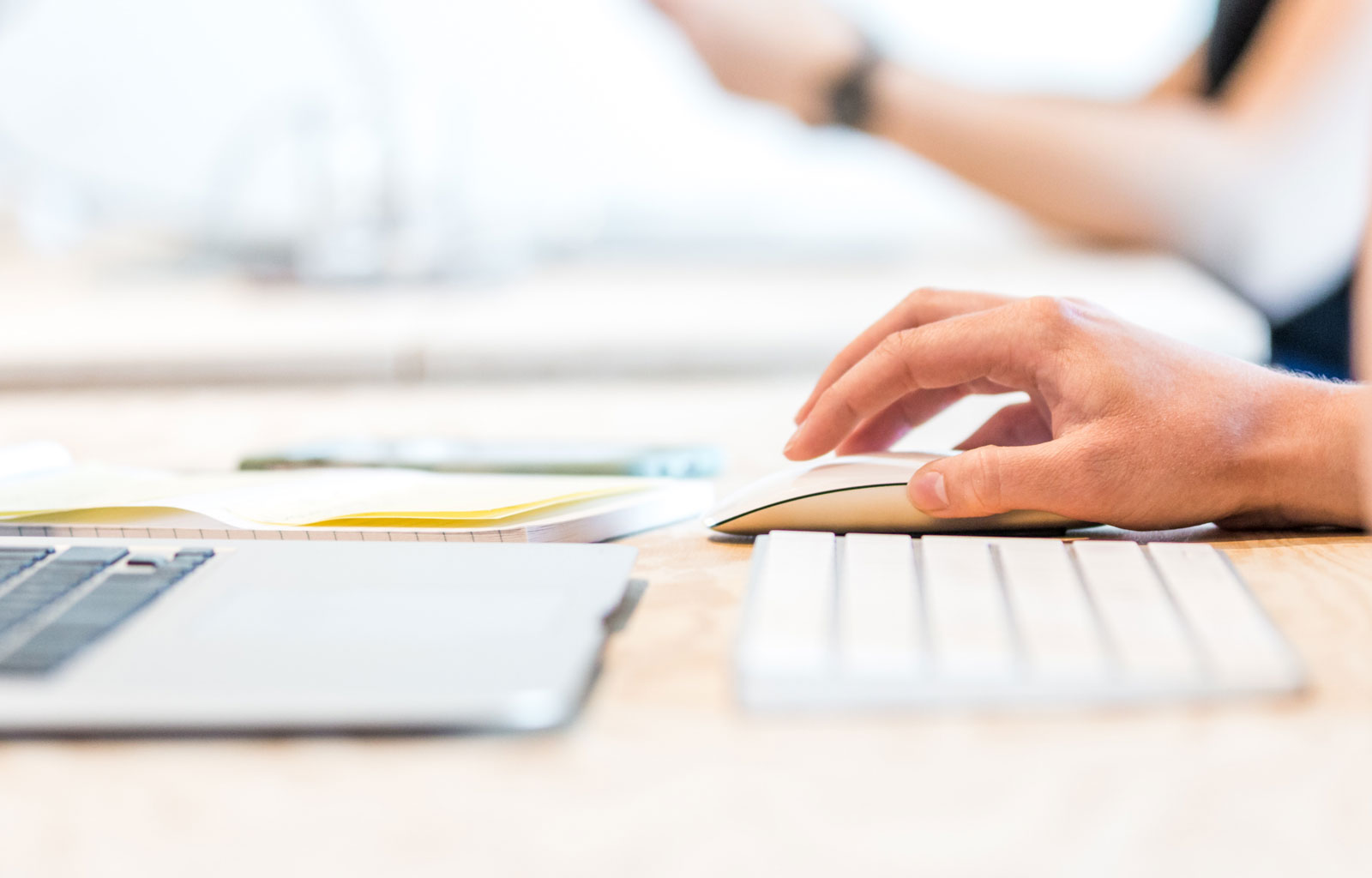 What You Should Know Starting Development of an Own App?

Write to Alexander
Merehead / Blog / Mobile apps / What You Should Know Starting Development of an Own App?
Are there any questions?
Alexander Safonov
Write to the author

Thousands of new apps appear in the Apple Store and Google Play every day, but only a few are financially successful. All others disappear: 80% - in the first year, the rest - within the next five years. The main reason for their failure is their unwillingness to understand the nuances of mobile development, which leads to many unnecessary errors. In this article, we will tell you about 7 key things that everyone who wants to develop their application should know.

What stages does the process of creating mobile applications usually consist of. Source


The first thing you need to know is how the mobile app development process works. This is important because this way you can understand what stages the entire development process is divided into, who is involved in it and what is doing. This knowledge will provide the basis on which you can dive deeper into the topic.

Strategy and vision. The first step in starting any startup is to understand exactly what your project is about. You have to decide what you want your application to do? What goals do you want to achieve and how? By answering these questions, you can create a vision of your project: tasks, functions, niche, target audience, monetization, unique value proposition, etc.

After you have formed the basic concept of the future mobile application, you can contact your internal development team or an outsourced technical service provider. Together with the developers, you can more clearly define the objectives of the project and how to achieve them. The distribution of areas of responsibility when developing a strategy looks like this:

Analysis and planning. After the tasks are set and the main functions of the proposal are determined, it is time for analysis and planning. Typically, this stage involves a business analyst who creates a technical specification based on business objectives, application development best practices, competitor and market analysis, and personal experience.

As a result, you will receive a technical task of the project and a detailed development plan, which includes a description of business needs, functionality, technology stack and API, design requirements and layouts that will help you and the developers speak the same language. Further deadlines, communication channels and KPIs are discussed. When all these things are agreed, a contract is drawn up.

All this can take up to 20% of the entire process of creating an application, depending on its complexity and depth of development. Of course, the more complex the design is, the more time and money will be spent on its implementation. But this does not mean that you need to save on design. Quite the opposite: design is one of the most important elements of the success of any IT startup, since it is the design that most of all influences the first impression and user experience. 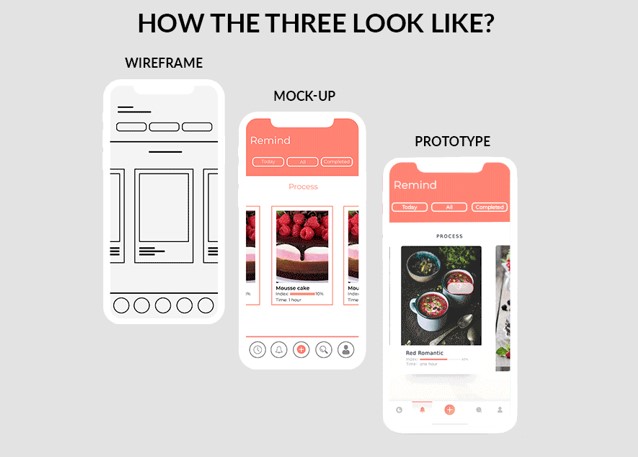 Difference between wireframe, layout, and prototype when developing an application design. Source


Writing program code. At this stage, the development team is provided with the design concept, layouts and technical specification. They study this information and start writing the application code. This process in most companies is usually quite flexible, which means that it is all divided into sprints, and each next sprint can be changed depending on what was achieved during the previous one.

The speed and cost of development depends on the number of specialists involved, their experience and skills, as well as the technology stack. Please note that developers will need some time initially to set up the development environment, database, backend and architecture. If the development is divided into separate blocks, then it will also take time to combine all the elements into a single structure and test it.

QA and product testing. In the modern development cycle, code review often occurs almost simultaneously with its writing: while developers are writing the code, QA specialists conduct various automated tests in parallel and manually check the code. This approach helps speed up the testing and bug fixing process: it is easier to find inconsistencies in small pieces of fresh code than to make changes to large code at the end of development.

The code testing process itself usually includes the following things:

After completing each test and receiving feedback, the QA engineer makes improvements to the code, which takes most of the testing phase.

Product deployment. After the application is ready and all tests have confirmed the quality of the code of the created software, mobile applications are released on Google Play and the App Store. Before adding a new app to their listings, these marketplaces check it for compliance with the site's rules and minimum quality. If you find errors in your code, you will have very little time to fix them (2 days in the App Store). Therefore, we strongly advise against saving time and budget on testing.

Maintenance. Maintaining a mobile application usually means improving it to be compatible with newer versions of operating systems, devices, and platforms. In addition, it also means improving the design with functionality and connecting various third-party services. Thanks to all this, your application will remain relevant for many years, and not only for the first time immediately after launch.

A business model is how a company functions: what it does, what for, how it makes a profit from its activities, how it interacts with customers and partners, what it invests in, etc. In the case of a mobile application, its business model can be is aimed at performing a wide variety of tasks. The most obvious one is generating income directly from the application. Another popular option is to serve as a “magnet” to attract target audiences by indirectly increasing brand reach or helping sell products elsewhere.

If you choose the first option, here's how you can do it:

3. The composition of the development team

A mobile application is a rather complex piece of software that cannot yet be created in the same way that websites are launched using WordPress. This requires an internal development team or an outsourced technical partner. An on-staff team is a good option if they have work on a regular basis, which is very rare. Therefore, in most cases, the creation of applications is entrusted to the outsourcing company.

How to find such a partner and what to look for when choosing one, we have described in the article: «How to choose a developer company».

As for the composition of the team of developers of mobile applications, in most cases it will be so: 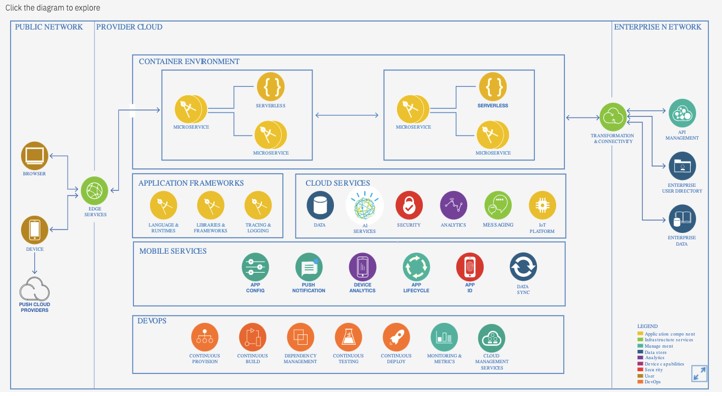 
Typically, such an architecture implies the separation of all application components into front-end and back-end parts, which are connected to each other and to various third-party services through an API (Application Programming Interface). The set of components for the server and client parts, as well as the API depends on the type of a particular application, its functionality and tasks.

Front-end. Includes components that the end user interacts with, such as a customer in a store. This is the user interface (what the end user sees on his screen) and the system interface. To create the client side, you need special tools (technical stack for the frontend). Here is an example of such a stack for developing a mobile electronic medical record (EMR) service):

Back-end. The hardware and software part of the system, which is responsible for working with information and the implementation of the functioning of the internal part of the application. This is what the technology stack looks like for developing an EMR application:

API (Application Programming Interface). A set of special protocols for connecting the client and server parts of the system, as well as integrating various third-party services that extend the functionality of the application. Here is an example of a set of APIs for developing your own EMR application: 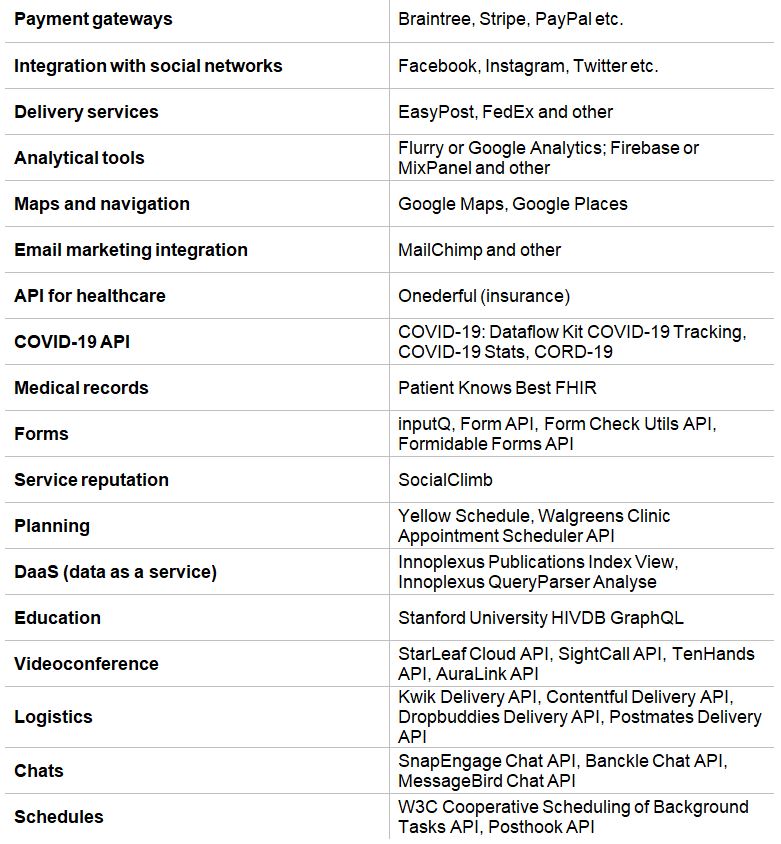 5. The cost of creating application

As for the location, this factor is important because the average salary of mobile developers in different regions can differ by two to three times. So, programmers from the United States of America on average receive $ 95 / hour, Great Britain and Western Europe - $ 67 / hour, Eastern Europe - $ 32 / hour, Africa and Asia - up to $ 25 / hour.

Here is the estimated cost of developing your mobile application, depending on its complexity and the location of the technical partner:

What You Should Know Starting Development of an Own App? key takeaways:

Merehead does professional development of how to develop an own app. If you have questions, contact us for a free consultation. 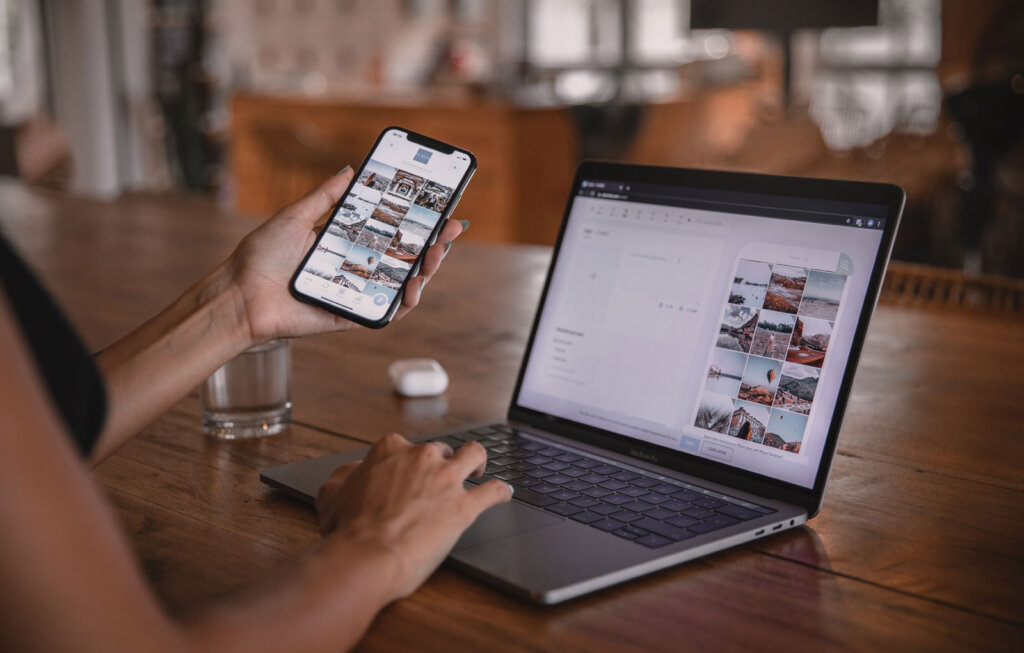 Category: Mobile apps 11/18/2021
Mobile App Development for your Business — How Much Does it Cost
From this article, you will learn how much the development of a mobile app for your business might cost. We’ll tell you about the average cost of app development in the market in general and the cost of each stage. In addition, we’ll specify factors, which influence the development budget – starting with developers’ average salary and ending with the cost of implementation of the most popular features. 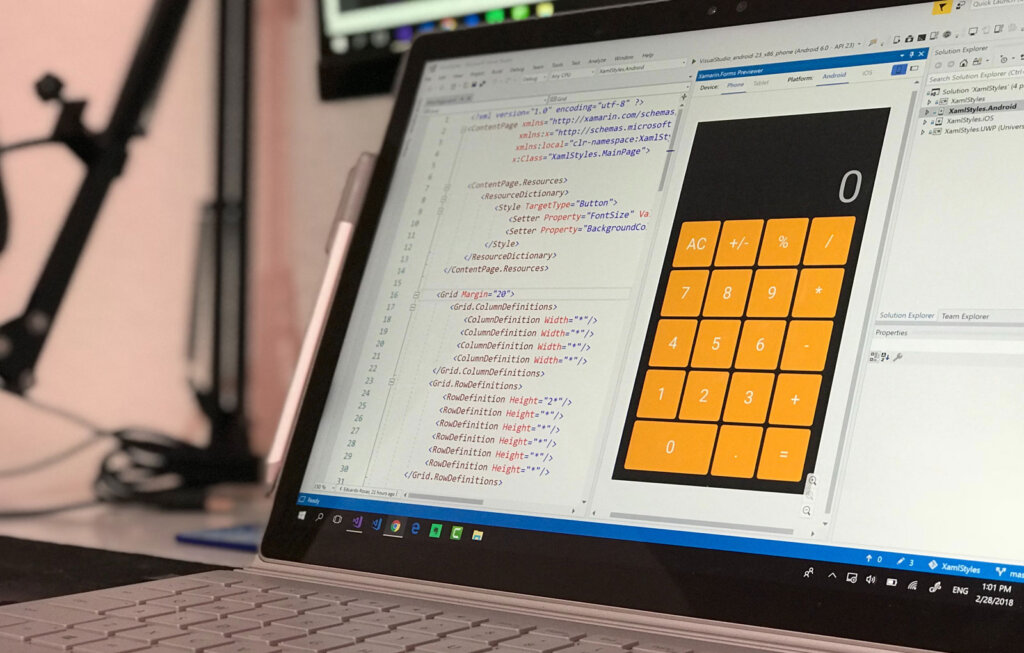 Category: Mobile apps 11/18/2021
Pros & Cons of Cross-Platform and Native Mobile App Development
We will define a cross-platform and native approach to application development, describe the pros and cons of each and tell you which one to choose. 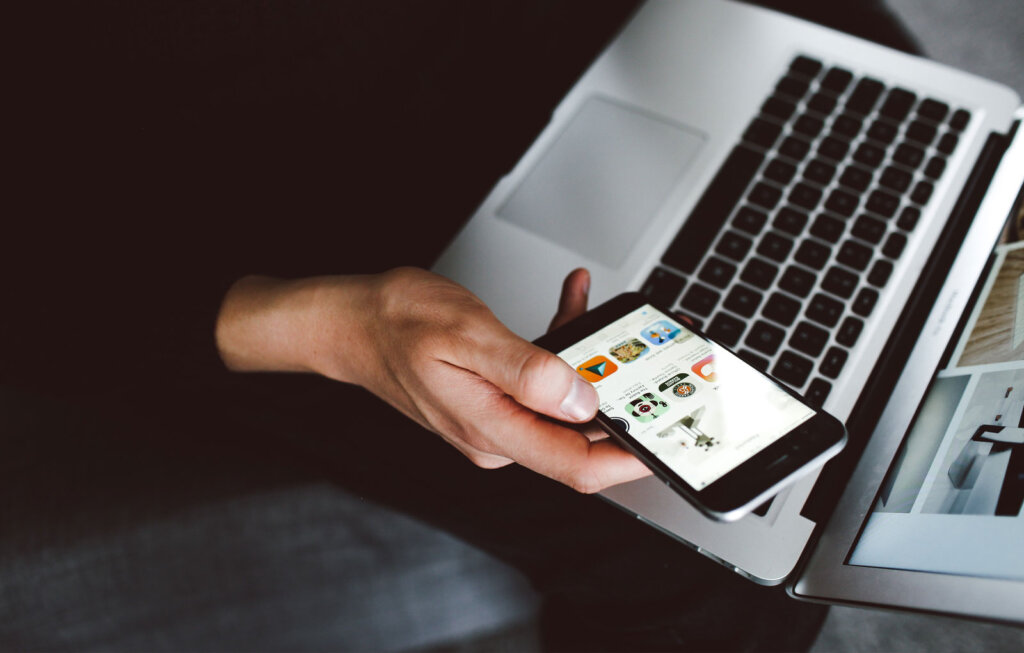