Write to Pavel
Merehead / Blog / Trends / User Experience (UX) Design Trends 2019
Subscribe to our newsletter
You are the rock.
Thank you!

The UX-design area is very dynamic. But despite this, some tendencies are kept in the top for a long time than the rest. They deserve special attention and study.

Especially when you consider that new directions of design and improved capabilities have appeared. So, let's begin the analysis of the current trends of the industry from the opinions of experts.


What do experts say about popular trends?

Christoph Mallet believes that UX-design will be dominated by those trends that can simplify people's lives. According to the expert, everything that is aimed at improving the level of convenience will be in fashion.

According to Lara Henlon, the main emphasis will be on the graphic design, based on data. The second trend, which the specialist notes, is intensive work with voice interfaces. This idea is shared by Nick Babich.

Joe Pendlbury focuses on changing the user interface templates. The specialist believes that next year it is necessary to pay special attention to improving navigation capabilities.

Anil Kumar Krishnachetti believes that understanding of the importance of design as the main stage in the product development process will be strengthened. And the starting point is logo design. In his opinion, over the entire period of activity associated with the creation of the product, the design will be given more time than before. Any commercial product pay attention to UX. Own cryptocurrency or even crypto exchange development is also in this line.

Both designers and developers will participate in it. Therefore, experts can easily interact with each other.

According to the expert, it will be easier to recommend improvements now, as this will happen at the stage of the prototype. This approach will lead to the fact that the pro team will be more comfortable to see the end result.

The reconciliation process is optimized and the number of revisions will be reduced.

Bridging the gap between developers and designers in 2018-2019 will be an incentive for interaction within teams to become even more obvious.

Jason Gerard Clab is quite categorical in its assessments. He notes that previously a bad design was not perceived as such, because it was created by Apple's unspoken rules.

Such a design, according to the expert, was widely distributed, but only in the near future there will be professionals who will call things by their own names.

The specialist believes that at the moment the brand is developing more due to the loyalty of its users and the reputation that already works for the company. But if the convenience and quality of the product does not change, at one point Apple can lose everything.

The professional pays such a great attention to this company not casually. This is due to the fact that many design patterns used everywhere will be "exposed". From the category of the unspoken rule, they will become a direct example of how to do not need to.

At the same time, the phenomenon will help large companies overestimate their own values ​​and deeply consider the issue of bad design. 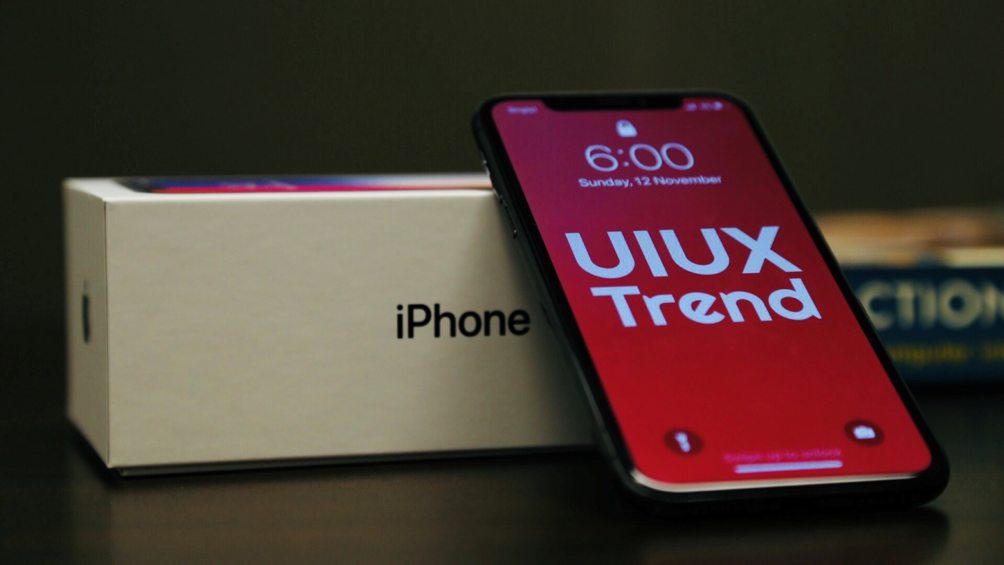 Which trends will be common?

After considering the opinions of individual pros, general trends should be outlined that will be characteristic of the UX-design industry, web design and mobile applications. They will be as follows:


Flat design will go into material

The concept of material design, which offers a giant of Google area, has been consolidating its positions for several years. Perhaps in the coming year, it will be able to completely remove the flat design that is still used in mobile applications.

There is a possibility that many users, for whom the issue of UX-design is secondary, the changes will not be too obvious.

Especially considering the fact that flat and material design have some common features. Among them are:

However, the material design also has some of its own characteristics. These are:

• Polygraphicity. In the process of creation, as well as the organization of elements, rules and techniques are used that are relevant in the traditional design of printing;
• Three-dimensionality. Textures and shadows will again give the design depth;
• Interactivity. Using animations will become more common than before;
• Adaptability. One kind of design on different types of devices simplifies visual perception and, therefore, enhances the level of user-friendliness.

Such distinctive features are characterized by a material design, which gradually comes to dominant positions. 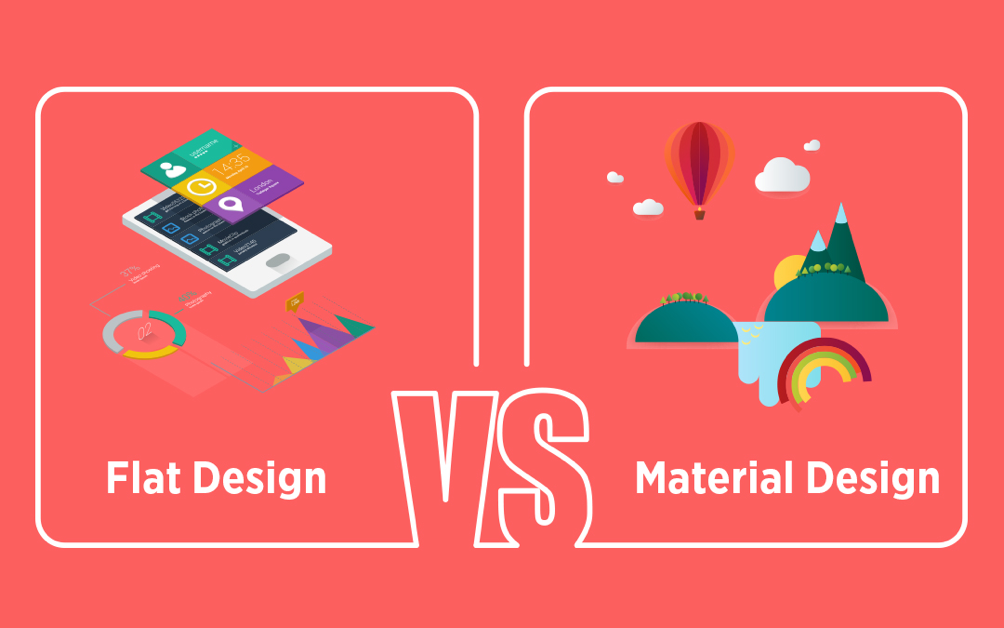 The results of research on user behavior showed one interesting regularity. Experts jokingly say that users are "like a cats": they can only be interested in something moving.

Therefore, the design gets more dynamic - buttons and fields can change the texture, flicker, rotate, pop up out of nowhere.

As a rule, the information presented in such a dynamic manner concerns one of the following:

• The user is informed of the action that he performed;
• Indicates information about the degree of completion of such an action (not yet completed, or already completed);
• The person is prompted by what his next step should be for the complete fulfillment of this or that task.

Such an animated design can be meaningful and profound - to push the user to a certain action.

But there is another option. Sometimes such techniques are used simply to visually revitalize the interface and make it more enjoyable.

However, in the second case, there are quite practical goals - not to let the user get bored, and also to increase its concentration.

Increased attention to content can not be called a new trend. On the contrary, this trend began to be clearly marked a few years ago.

But, nevertheless, it undergoes some transformations and annually strengthens its own positions. We also talked about this in the content marketing trends in 2020.

In modern UX-design, it is important not only the quality of the content itself, but also the place that it occupies in this direction.

More and more experts agree on what is paramount. This domination is expressed in different ways, for example:

• Interfaces are structured taking into digital storytelling. In this context, design plays an important role in giving the user stories;
• The "first content" position is recognized. This means that it is under his message and structure that design is developed. It is very important that the design component really be in harmony with the message and the style of the content.

In addition to the described trends, it is worth noting that the texts become more clearly visible. They are distinguished by large headings. For their submission, a high level of contrast is used, as well as a strategically correct use of empty spaces.

These trends - not just a tribute to fashion. They have an important practical background. Designers understand how dynamic the modern world is and what a tremendous lack of time a person experiences in it.

To read on the go, the text should be adapted to this as much as possible. 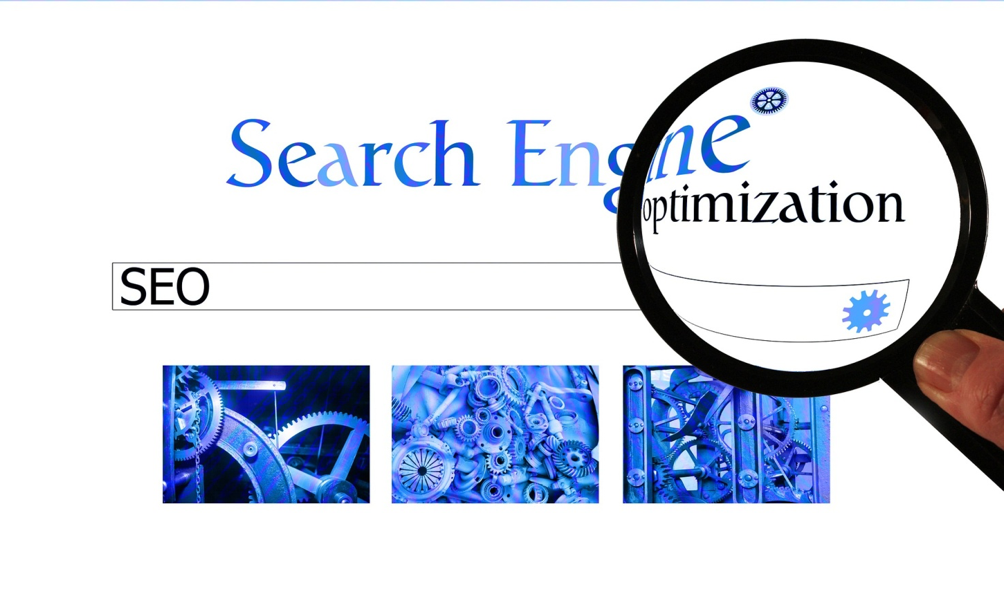 Ubiquitous use of video is not associated with any innovations. It, like some of the above-described trends, is justified by scientific studies of user behavior.

Since 2000, the average duration of concentration of attention has decreased. Now it's not even 12 seconds, but 8.

Taking this into account, video materials go to the position of one of the basic means in information exchange. Qualitative relevant videos allow you to keep your attention, and therefore - to convey the main message of those who created them. We described this in the digital marketing trends in 2020.

However, it is also very important not to overdo it with video. Otherwise, there is a risk that the opposite effect will be achieved. The classic statement that "brevity is the sister of talent" is particularly appropriate here.

A short, concise video can successfully replace the usual text block "About the company".

According to statistics, it is the users of mobile gadgets that particularly sympathize with the short video. Therefore, there are forecasts that in the future this genre will be used even more actively.

Acceleration of the life tempo is displayed in some navigation changes. Now everything should be as transparent and clear as possible.

The ideal user flow is an implementation of the principle of linearity, where the user acts on a chain of clear algorithms and thus saves time.

The modern interface should be so clear that even a quick interaction with it would allow the user to solve their problems.

Signs of simplified animation can be called:

• Minimalist design;
• Absence of unnecessary elements;
• Animation functionality;
• Pointers that are designed to orient the user in stages from one operation to another;
• Successful design of texts, making the most visible the information that is especially needed by the user.

Menu-burgers, for which the evolving list of options is characteristic, are receding into the past. Now such a structure only complicates perception. And the whole UX design industry is aimed at its maximum simplification.

Drawing conclusions about trends in the UX-design area in the current year, there is no reason to talk about a turning point. The industry develops with its inherent consistency and smoothness. For modern companies this is more of a plus than a minus.

Although it's more difficult to surprise the user, you can develop in a progressive way - without extreme haste and blind adaptation or create web & mobile
prototypes through the online service. 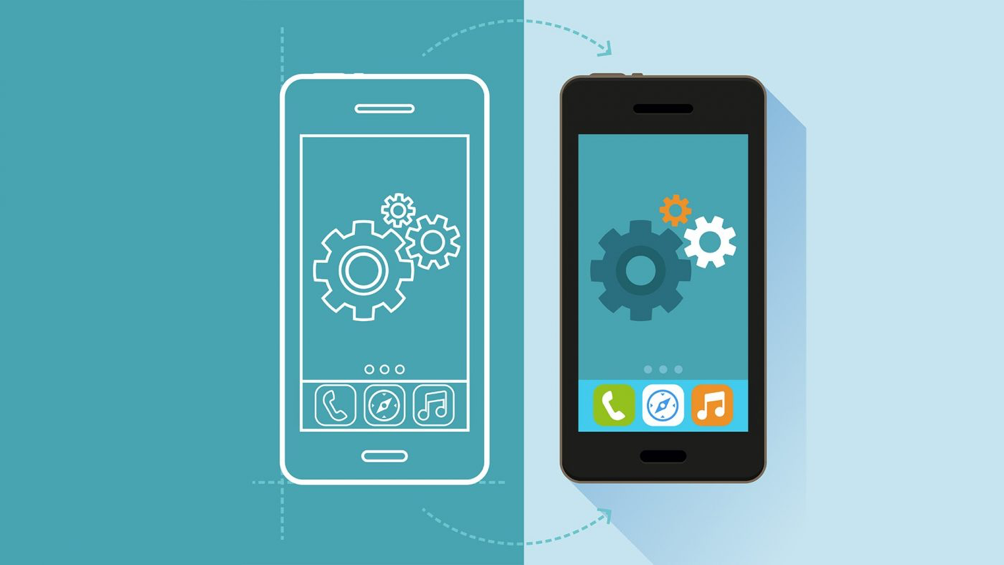 Trends in 2019 and 2020 and the upcoming year will be more fully understandable, obvious and transparent. So, it is necessary to be informed about new UX design trends in 2021.

And even if the predictions of Jason Gerard Clab about "exposing" the usual design patterns, the reasons for too rapid changes yet. Therefore, companies have enough time for unhurried and justified changes.

#1. What do experts say about popular trends?
#2. Which trends will be common?
#3. Flat design will go into material
#4. Interactivity of interfaces
#5. More emphasis on content
#6. More Videos
#7. Simplify navigation
#8. To sum up...