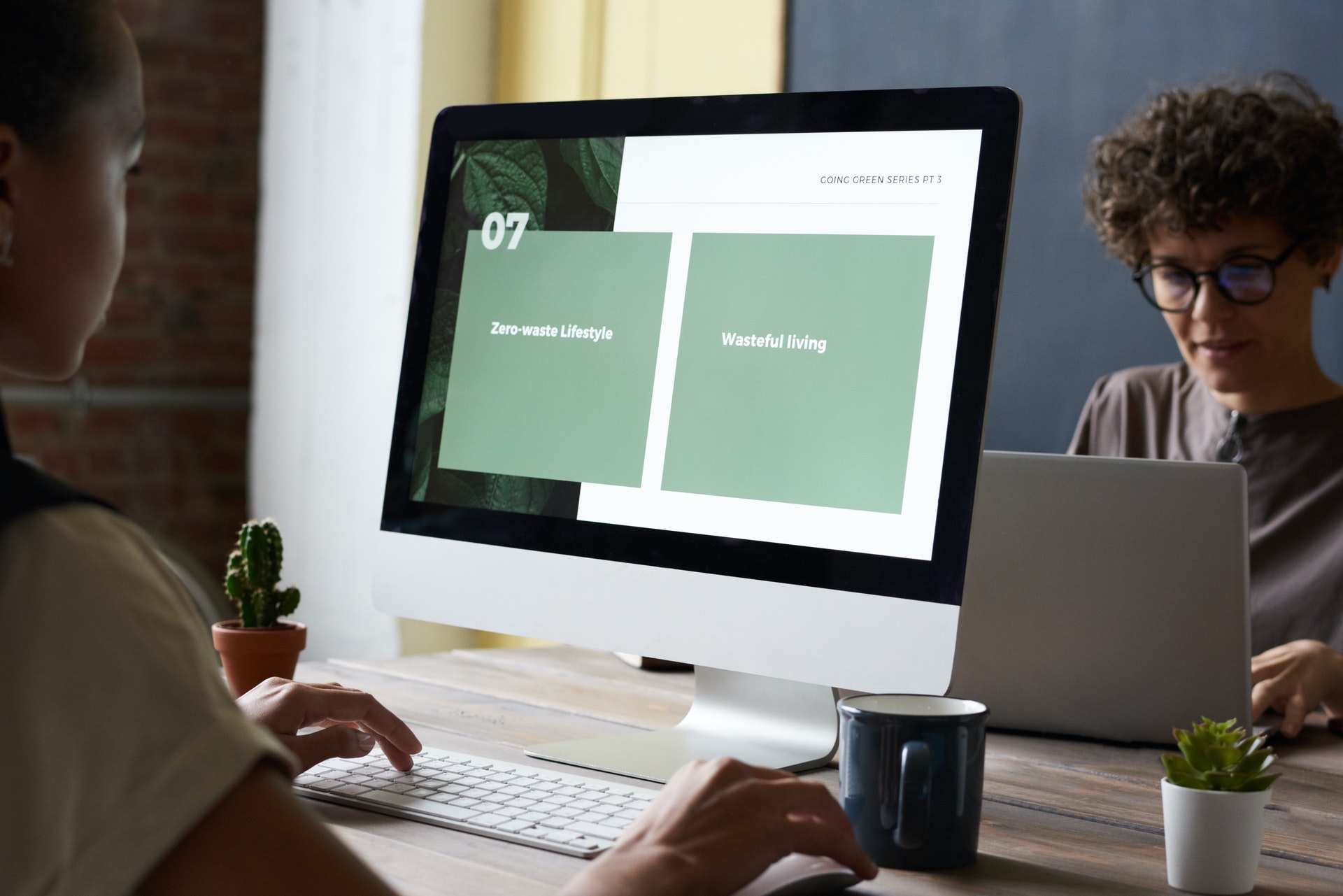 Write to Yuri
Merehead / Blog / Trends / User Experience (UX) Design Trends for 2021
Subscribe to our newsletter
You are the rock.
Thank you!

Probably each one of us has faced a situation of visiting a website with a nice, beautiful, and modern, but not so user-friendly interface. Such moments sometimes kill interest, which has been so hard-earned with the help of positive features of the site. A logical question «how to succeed and widen a website audience?» can be answered trivially as hell – you need to track trends. You in no case should mix with the majority of websites in your field or churn out identical pages. A website creator’s task is to make a page, which would not only bring you pride with its scale and capacities but also meet all the client’s needs – personal, pragmatic, and aesthetic ones.

So the first trend is subtle animation. The time when ads of garish colors striking in your eyes yielded something positive and not the annoyance has passed. A huge set of animated elements comes as no surprise so the most appropriate thing to do is use small animated elements to encourage users and more visible and bigger ones – to draw attention to a call to action (typically, there’s only one). A reason for this state of affairs is total modern website congestion with animated elements. The animation on the websites in itself has become popular for an obvious reason – with its help, it’s possible to add a relaxing element to a website of a serious subject. This will break the tension of the user, who has already prepared for the processing of large amounts of serious professional information. For instance, SEEK career – a group of recruiting companies – has met the challenge of proper website filling with high-quality animation with no frills. The animated element shown in the photo attracts the user’s attention to a specific SEEK’s career advice page.

The next trend is a neumorphism. It’s arrived in a big way in the first few months of this year, it continues to get plenty of hype. The trend got its name from the fusion of two words «neo» – «new» and «skeuomorphism». The second term means a special technique in the interface design in 2021 where elements resemble usual and trivial real life objects. It was Apple that first championed skeuomorphic designs under the reign of Steve Jobs. Moreover, it was before heralding the decline of skeuomorphism as its post-2013 mobile software became progressively more simplified. Jim McCauley says on Creative Bloq: “Neumorphism combines the best of flat design and skeuomorphism; we’re talking about clean interfaces, given a big hit of solidity through clever use of highlights and shadows”.

The trend’s heavy use of soft shadow makes for a design that is both futuristic and realistic, and it’s bringing a new feel to familiar interfaces. Recently, more and more people prefer any other ways of perception to the visual one. Therefore, if a website impresses its clients visually, then chances of success will be much higher. A spectacular example is an interface of the Luminarious app. Scrupulous makers have elaborated even the simulation of pushing the buttons in the icons, which gives depth and realism to the design. 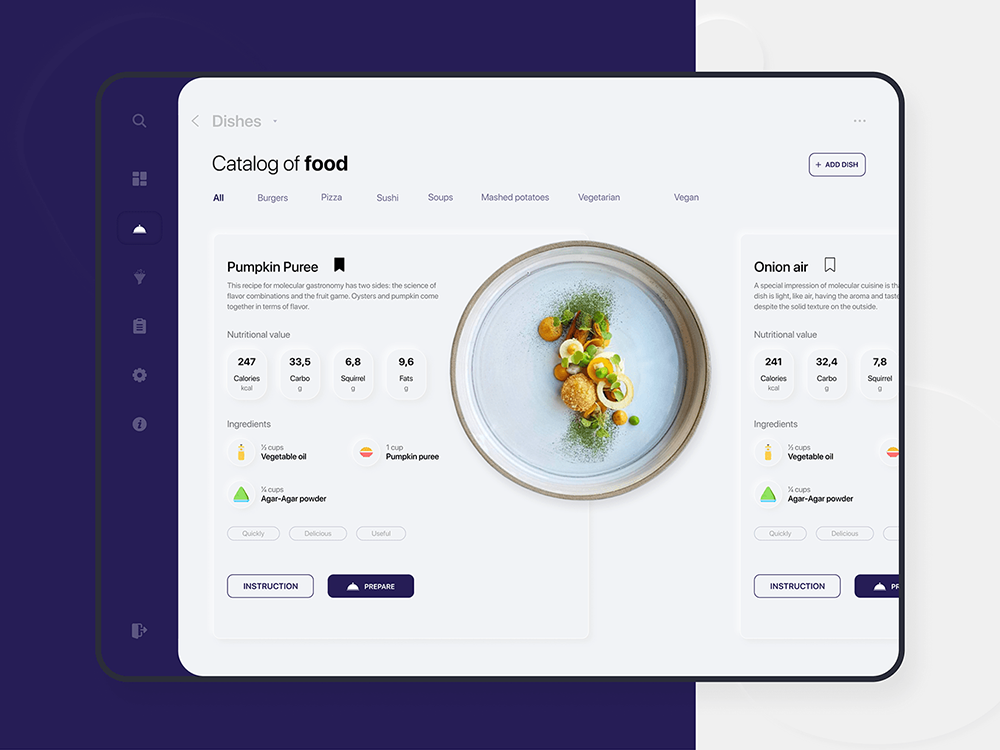 Neumorphism has set new standards in the field of applicability and comfort. The users see the icons, which are as simple as possible, and simulate a proper physical interaction. Strange as it may seem, there are also drawbacks in this trend: such a design confuses unaccustomed users every so often. Neumorphism is built on the interplay of light, shadow, and volume so the users might struggle with what element is clickable and what is not. This creates additional difficulties for a designer, who is forced not only to draw the icons in this style but also to think about the additional conditions of the elements to make the interface understandable. A far simpler option is to use this trick only in one type of the components: only in static or interactive ones. A noteworthy example: there are 3D elements on this website, but they’re solely decorative and all clickable inputs and buttons maintain the users’ customary style. 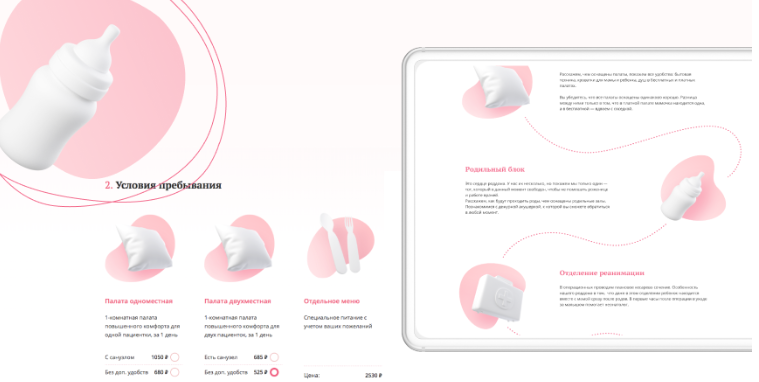 The next element of the future is large images. As of today, large images and video fragments are added to the sites on the principle «the larger the better». The reason is a transition to visual perception: it’s images that are showing up as the main attraction and if the image not only is bright but also occupies quite big space on the site, then it will draw attention to really important parts of the web page. A full-screen image can also be used – and it’s actively being used – whether as a full, subtle background or as a striking centerpiece.

Such solutions look very good on the websites of industrial companies because a large image or video backdrop makes it possible to convey the production scale eye-catchingly and to demonstrate the products.

Indicative in this respect is an official page of the Playful agency. The creators have used a full-screen video on the main page that demonstrates the most successful and new team’s projects when you scroll.

One of the trends of web design in 2021 is peculiar design anarchism. Perfectionism and conservatism are being forgotten, albeit gradually. Unscrupulous throwing the existing rules out of the window is catching. While being mixed in with emerging web design trends like the street art aesthetic or the resurgence of anti-design brutalism on websites, it helps finding the most interesting and creative solutions, methods, and in the future, trends. If you don’t like straight patterns, you can easily make them asymmetric. There’s no ban on completely crazy color schemes, fonts that are breaking the mold, drawn elements, overlapping one element with others without the slightest hint of carefulness. Everything is allowed, but only in the case when it doesn’t irritate the user, but arouses his interest, pleasant surprise, and admiration. The only correction: this solution is not suitable for interfaces where the client has to focus on important data; for instance, interfaces of industrial devices. Nevertheless, this exact solution is welcomed on promotion websites of creative collaborations, events, and even in the chain of online retail stores. You should only use this method well. An example of a good solution in crazy design – Mecca.com.au, a festival of the beauty industry.

Everything is garish, wild, sometimes ridiculous, and even incomprehensible, but this is the awkwardness, which is achieved with talent and years of studying because it’s cute and catching. This trend may be called especially important since it challenges traditional beauty and orderliness and pushes developers to break all conventions, go beyond all boundaries, and create something really disruptive, new, irregular, and amazing.

A very productive and modern, but not so new solution is variable fonts. This moment is frequently underestimated by website creators, but at the present day, this factor reaches an entirely new level. A variable font is one font file that gives a designer an option of customized typography on the website and plenty of room for his imagination. You can change not only the appearance of symbols but also spacing and proportions. When we remember about the trend of moving beyond boundaries, different variations of fonts can be used in one design: this will help to arrange accents, achieve maximum contrast between the additional and basic information. A pretty interesting variable font is Soulcraft. Seemingly, a letter outlining is quite traditional, but the specific style helps to simulate the style of street banners and signs unconventionally. 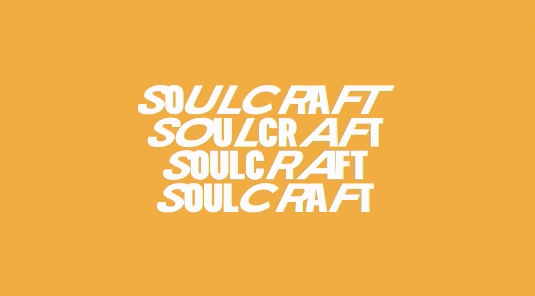 The result is a dynamic design, which has a particular, interesting, not to say unique, energy. And when to this is added a simple, but pleasing to the eye animation, the resulting component becomes at least a nice addition and at most a key to the success of the company’s website. Variable fonts had not become a major trend before purely because browsers have only recently started supporting variable fonts, so if you’ve already decided to use them, you should analyze how accurately this will work on the target audience’s devices in advance.

The next thing to talk about is hand-drawn elements. This trend may be called cyclical because it was popular many years ago and then technically «slicker» images have come into style. Now they’re being given up on again: hand-drawn icons and illustrations are being returned. A recipe for success is in style and desire of brands to see hand-drawn elements on their web pages whether it be icons, special fonts, textures, or grain effects. An interesting example of effective use of hand drawing is a website of a yogurt manufacturer Chobani. 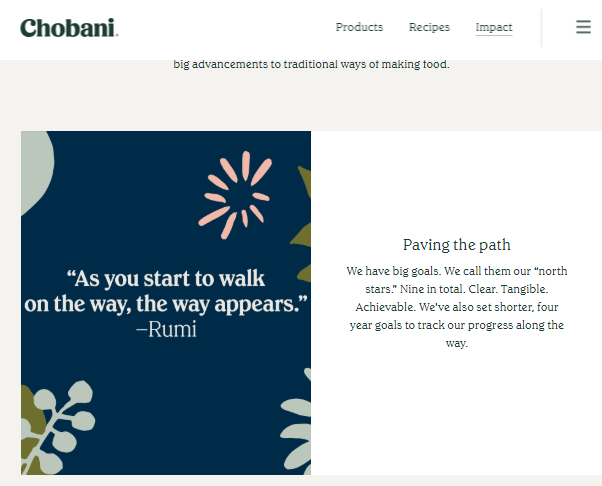 It should seem that such drawings would be called primitive earlier on, but now they look like something innovative and winning against the backdrop of billions of slick and neat backgrounds generated by electronic systems. The interface becomes more human-involved, which helps companies that want to lay emphasis on their focus on concern for people’s well-being (healthcare, business support, charity, improvement of the urban environment). The styles can simulate a wide variety of drawing styles: starting with oils and watercolors and ending with pencils and even charcoal.

The last thing that is worth mentioning is flexible design systems. More often than not, the preference is given to a unified style, which maximizes your brand awareness on both the world wide web and offline. A productive way to achieve a stylistic unity and excellence without limitations in designers’ creative solutions and under the condition of provision of development opportunities to a signature style – it’s a creation of a design system. What is certain is that designers can bring separate elements such as colors, imagery, text, and interactions together as a cohesive design to break down the distance between screen and customer. This leads to the fact that skills go beyond conventional solutions in the digital field more often.

Developers of a system of visual solutions have mentioned this on Google blog: a strict uniform style is not trending anymore and a lack of designers’ experience in working with digital products is good because they might bring something new to the design. The central idea lies in preserving the cohesion of visual solutions while standing out among the competitors.

Good luck with learning and using the design trends!