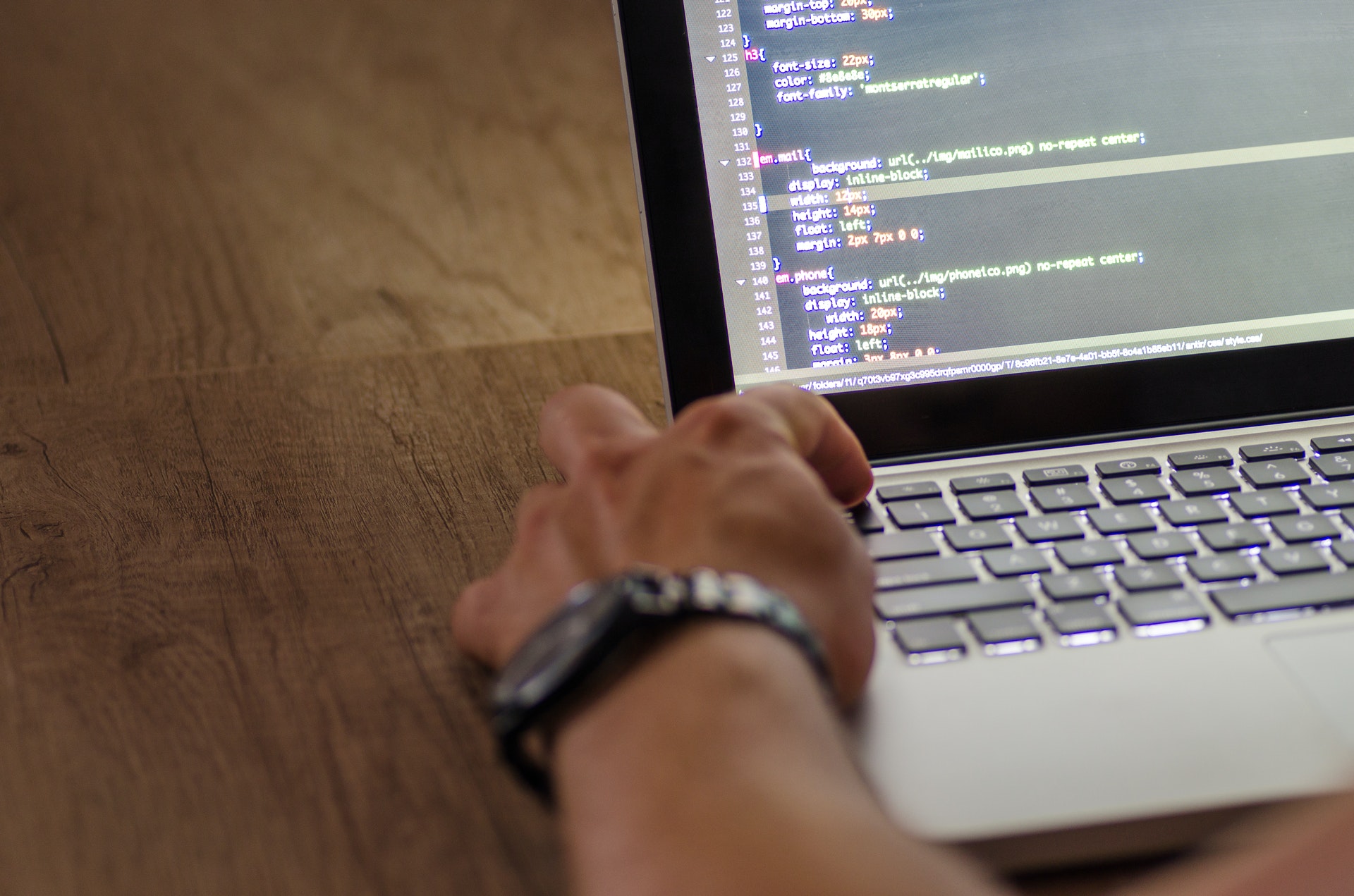 Write to Yuri
Merehead / Blog / Trends / Top 5 Blockchain Trends of 2022
Subscribe to our newsletter
You are the rock.
Thank you!

Today it is difficult to surprise someone with virtual technologies since they have firmly entered our everyday life and are actively popularized. Blockchain is considered one of the technologies of the future. According to many experts, this system can contribute to the development of cybersecurity, and will also help to qualitatively improve many areas of human activity.

To begin with, it is worth understanding the very concept: what is a blockchain? This is a modern technology, the popularity of which is growing every day as the demand for cryptocurrency grows. In today's realities, they are trying to optimize this technology and use it for storing, processing information in the field of computer games or marketing.

The literal translation sounds like a "chain of blocks". The main difference from standard databases is that it is impossible to change information or completely delete it from the database, users can only add it. Blockchain technology works on the principle of a distributed ledger: even if one link falls out of the general chain of transactions, data about it is stored on devices and computers of other independent users. Thus, the system is not afraid of failures, since the information does not disappear anywhere and, if necessary, it can be retrieved.

As for investments in this area, their volume is growing every year, and by 2024 investments are expected to grow by more than 200% per year, which indicates the profitability and prospects of the project. 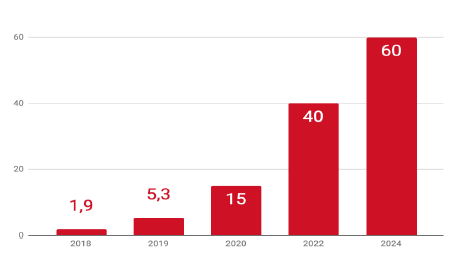 Like any other new direction, blockchain is actively and rapidly developing. The technology may soon cover numerous areas of human life, different areas of activity. Among the trends in the development of the system, there are five main ones:


For the distribution and control of vaccines

It is possible that in the current 2021 the blockchain will be used to track and control the delivery of medicines to patients directly from the manufacturer. This problem is now very urgent, since some companies are entering high turnover with drugs, there is a need for control.

The technology helps to create records of the movement and change of location of the vaccine, and also guarantees their authenticity and the absence of falsification at any stage.

However, the launch of such a project requires additional developments: determination and forecasting of demand for vaccine, management of the main processes. As of today, the leader in this area is the well-known organization "IBM". Its representatives are actively involved in negotiations with many popular pharmaceutical companies to launch a pilot project.

It is also sometimes called "allowed" and implies the control of processes by one, "main" user. This could be a company that provides a platform to do the work. It is predicted that the system will be used in the field of healthcare, service, as well as manufacturing and industrial enterprises.

A study by the international company "Gather" showed that by the end of 2020, the introduction of blockchain projects into the industry amounted to about 14% of their total number. It is worth remembering that a couple of years ago, in 2019, the figure did not exceed five percent, which indicates the rapid popularization of technology, its development.


Implementation of digital archives "NFT" into the system

This abbreviation has a translation that literally means "non-fungible token". This is the name for assets that have value due to their uniqueness. For example, it can be music, various files, pictures, as well as codes. Their main difference from standard digital files is that they cannot be simply taken and copied or duplicated uncontrollably.

Thanks to NFT, users can claim and prove their right to own a particular digital asset. In addition to protecting the creative heritage, non-fungible tokens can be used to learn about the ownership of land plots, real estate, vehicles.

This helps to track information about the previous owner, find out more data that can directly affect pricing. Today, this version of the process is popular, relevant for many people. Standard methods can take a long time, since you need to send requests to registries, wait for a response or search for information yourself.


Using the blockchain as a service

Large companies such as Amazon, Microsoft and several others have already begun to create and develop special platforms. The sites will be designed for entrepreneurs who want to learn how to control technology, and will use it as a service. This implies use without investment in infrastructure development, as well as without any skills or experience.

With the help of technology, it will be possible to create objects and architectures that will be completely independent, decentralized. The project can be implemented through specially created cloud platforms. Thus, innovations are quickly introduced into our daily life and are actively developing.


Skills and experience with blockchain, their relevance

New directions often face the same problem - an acute shortage of specialists who could be well versed in this topic. If you approach learning competently and with planning, then in a year or several years you can become a sought-after specialist in the development of blockchain projects. This requires skills in their design and maintenance. Due to the lack of professionals and staff shortage, each person has a chance to start making good money, understanding this topic.

Since the relevance of the blockchain is constantly growing, specialists in this field will be extremely in demand and will receive full control over the general employment market.


Changes in the general state of the economy

PwC recently published an analysis showing that the use of blockchain technology by 2030 could provide colossal economic growth. According to average estimates, growth will be provided by $ 1.7 trillion. PwC is an international network of companies around the world that is professionally engaged in the provision of audit and consulting services.

The analysis of the blockchain system has entered the category of studies directly related to the study of the impact of modern technologies on the state of the world economy. Representatives of an international organization believe that blockchain is an aid in the restructuring and "rebirth" of organizations, an opportunity to work in a new way.

The experts, having analyzed the state of the system, identified five of its main areas of use. They included:

This system report suggests that blockchain can be used in a wide variety of industries, from fashion to heavy industry.

To date, experts consider the most advantageous position of the blockchain in the fields of health, education and management. PwC experts believe that these industries will become the most profitable in ten years and will significantly raise the overall level of the economy.

The report also mentions that for the full development of such systems, a favorable political environment is simply necessary, since without this, cooperation between states is impossible and, accordingly, the development of strategic goals to which they should strive. It is also worth mentioning the importance of the business ecosystem, which must be ready to use all new opportunities and learn to manage them.

In 2019, "Flying University" presented a rating of countries to the world in which the conditions for the development of the blockchain are the most favorable. 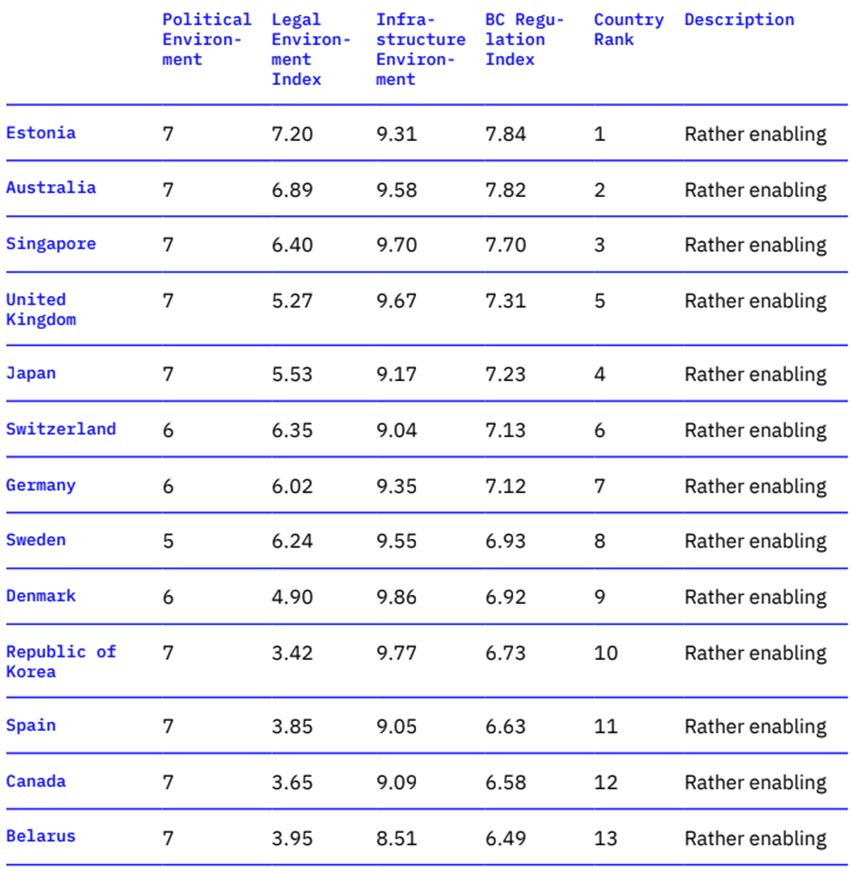 Mistakes made by companies when implementing blockchain technologies
According to the research of the international consulting company "Gartner", companies are wary of introducing new technologies, and most of them refuse to do so, because they do not have specialists with a sufficient level of qualifications on their staff. Organizations that agree to blockchain implementations tend to make the same mistakes. They were analyzed by Gartner experts: So far, experts suggest and recommend that companies implement the technology not immediately, but gradually, conducting small experiments without risking large projects.

In the spring of 2020, a major event was organized: an analytical briefing, according to the results of which it was determined that the United States was significantly behind in using this system for its military purposes, and China and Russia were ahead of the country in terms of indicators. This conclusion was made by representatives and experts of consulting companies that participated in this conference. The event was attended by experts from companies "Amazon", as well as "IBM" and many others.

The briefing report reads: “China and Russia are two states that are in tense relations with the United States. Both invest a lot of effort and money in research, development, adaptation of the blockchain to their needs”.

Thus, we can conclude: China is stepping up the development of its economy for the early introduction of digital currency into its system, while Russia is engaged in defense and prevention of cyber attacks using blockchain technology.

According to experts in this field, the United States should launch and expand its research as soon as possible, since many countries around the world are already beginning to experiment with this system at the state level.

At the moment, America has a large number of startups in other areas, so it is becoming a leader among other countries of the world. 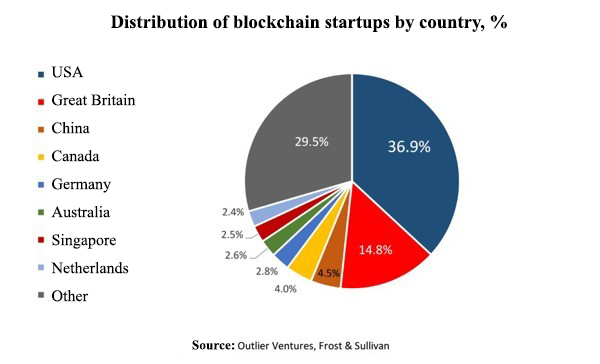 Cybersecurity is another trend, an additional direction for the full development of the blockchain today. It can help prevent hacker attacks on automated systems with its capabilities. In this area, the technology will be useful for the release of virtual "weapon" to protect files, as well as prevent their removal from the common database.

The blockchain can operate using multiparty authentication, due to which multiple parties will be involved in the management and control processes. This will avoid mistakes and give people time to find consensus.

This tactic can be applied to many areas of our life and even influence the success of space programs - the possibilities of the blockchain are so limitless when used correctly, with a competent approach. Space systems are still extremely vulnerable today and have previously been subjected to hacker attacks. It is for their protection that blockchain technologies can serve.

For example, they can be used to detect counterfeit goods, violations in the transportation and sale of goods, as well as to track the real location of products, including military. Experts found that the defense industry will gain additional benefits, procurement can become more transparent, and data will be securely encrypted and transferred exclusively to authorized persons.

Just like in the defense industry, blockchain technologies can be applied in other areas of life. Today virtual systems are becoming more and more popular and in demand, so we should expect an active improvement of the system in the near future. Of course, at this stage, this virtual design is imperfect, but it is already capable of helping people in many situations.

#1. For the distribution and control of vaccines
#2. Private or corporate blockchain
#3. Implementation of digital archives "NFT" into the system
#4. Using the blockchain as a service
#5. Skills and experience with blockchain, their relevance
#6. Changes in the general state of the economy
#7. Conclusions