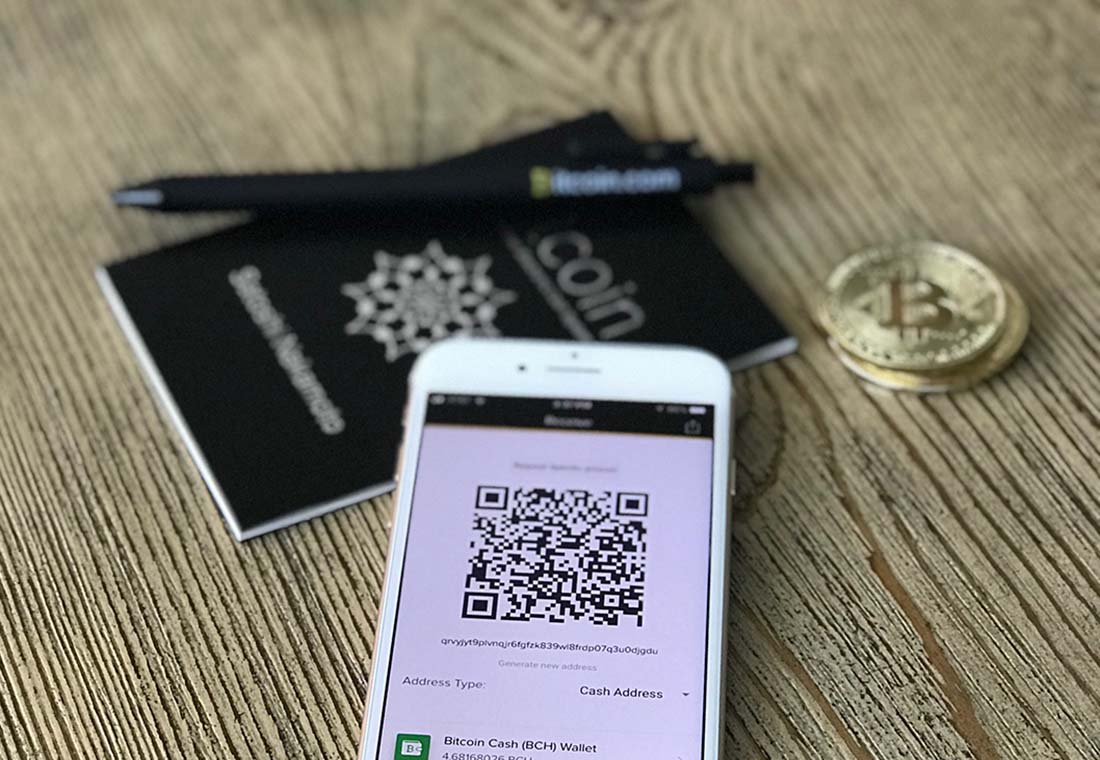 How to Use Blockchain in Agriculture: 10 Use Cases

Write to Yuri
Merehead / Blog / Blockchain / How to Use Blockchain in Agriculture: 10 Use Cases
Are there any questions?
Yuri Musienko
Write to the expert

Agriculture is the largest branch of the world economy, the annual turnover of which in the United States alone exceeds $ 1 trillion (1% of the country's GDP).

Moreover, this sector is one of the most inefficient. A huge number of counterfeit and spoiled products, an outdated accounting system, too long and inefficient supply chains, an excessive level of bureaucracy and a lack of transparency are only a small part of agribusiness problems.

And it seems that the only technology that can solve at least some of these problems is the blockchain. We analyzed 150 blockchain startups and identified 10 key areas of application of the new technology: the problem, its solution and the companies that deal with it.

Problem. Studies show that about of fruits and vegetables in developed countries are thrown away due to improper storage and transportation conditions, with 34% of these products becoming unsuitable before leaving the farm. This is mainly due to the fact that neither the farmer, nor the freight carrier, nor the supplier can control the indicators of humidity, temperature, CO2, etc.

Blockchain solution. To track the storage and transportation of agricultural products, you can use special sensors that collect the necessary information and record it in real time in a decentralized distribution book based on the blockchain. So stakeholders (farmers, distributors, consumers) will be able to understand at what stage the product has spoiled, and prevent it in the future.

Problem. The market for agricultural products is global. The food you see on store shelves comes from Africa, Latin America, Europe and even Alaska. A complex logistic mechanism that conducts goods through dozens of intermediaries is responsible for its delivery, the efficiency of interaction between them, to put it mildly, leaves much to be desired.

For example, the delivery of refrigerated goods to the United States from Africa requires stamps and permits from about 40 people and organizations that interact with each other in more than 300 cases. The total costs of processing documents with such logistics are estimated at between 15 and 50% of the cost of physical transport. At the same time, in such a complex structure, errors and inaccuracies inevitably appear, which lead to cargo idle time and long-term litigation.

Blockchain solution. According to research by the World Economic Forum, the use of new technologies to reduce bureaucratic barriers in logistics and supply chains will increase global trade by 15%, global GDP by 5%. At the same time, according to experts, the blockchain is the only technology that can remove these barriers.

Problem. In 2017, the global market for farm management software (FMS) reached $ 1.5 billion and, according to research by business consulting company Grand View Research, it will expand to $ 4.2 billion by 2025.

Much of this growth will result from a combination of three factors:

Blockchain solution. As farmers integrate RFID tags into their business (collect environmental and location data), drones, and artificial intelligence, they will begin to realize that they need an operating environment that will effectively manage all of this and ensure the security of the system and the data collected.

The only contender for such an operating environment is the blockchain. Only this database architecture can provide openness and at the same time security of information storage. Openness is needed because the new FMS will have to provide unobstructed access to data for all parties, and security - because you need to be sure that the information is genuine and protected from falsification.

Problem. Studies show that the average efficiency of small farms in developed countries is at the level of 85%, large - 91%. The best way to increase efficiency is to use the capabilities of the Internet of Things (IoT) technology. IoT is a cloud network that uses sensors and special software to read information from digital devices and control them at a distance.

The problem is that implementing IoT requires:

Blockchain solution. Blockchain is a decentralized storage of information that can reliably and safely save IoT data. Already developed specialized platforms, sharpened by working with the "Internet of Things" and they have shown themselves well in other industries: scalability, safety and reliability of the technology have been confirmed.

Problem. Weather conditions, inelastic demand and supply, as well as the conditions of the world market - all this contributes to the fact that most of the profits from the sale of agricultural products accumulate in the wallets of intermediaries and retailers. While incomes of farmers-producers of raw materials remain extremely low.

All this will increase the income of farmers. For developing countries, where a significant part of the population is engaged in agriculture, this will be a huge plus, which will save many people from starvation. An example is such a country as Uganda, where in the 90s of the last century nine out of ten people lived in the countryside. Studies have shown that the increase in the price of coffee beans by only 10% led to a decrease in the number of households living in poverty by 6% (2 million people).

Problem. Between 2008 and 2017, Concordia Allied Producers LLC in Ashburn, Georgia received $ 24 million in agricultural subsidies, making this company the most generously subsidized enterprise in the United States during this period. Concordia was one of ten large companies that received federal grants for $ 14 million or more during this period as part of the country's $ 20 billion federal farm subsidy program.

Thus, taxpayers financed the cultivation of nuts. Not wheat, not corn, not healthy spinach, but nuts. And the money spent on it is unlikely to pay off in the form of dividends. This is the support of the small farmer. Although in some countries things are even worse. There, 90% of the subsidies go to one or three companies owned by relatives or friends of officials.

Blockchain solution. This is unlikely, but with the blockchain there is hope that at least something in the agricultural subsidies may change for the better. The public may require the creation of a blockchain platform where subsidies will automatically be distributed between those who really need them.

Transparency and open source will allow taxpayers to control the process. In addition, the blockchain and smart contracts, reducing document flow, the number of intermediaries, unnecessary operations, etc., can help simplify these payments in terms of costs.

Problem. Agriculture is a business with significant transaction costs, most of which occur in a short period of time. In developed countries, farmers take money from banks on more or less favorable terms. In the rest of the world, a bank loan can be obtained on such conditions that a one-time delay in payment can bankrupt the farmer.

Blockchain solution. The new technology will make the lending market global, so that farmers, for example, from Africa will be able to take out loans in European structures on acceptable terms. In addition, the blockchain will allow you to create crowdfunding models where ordinary people can finance businesses from other countries. Now it is difficult, risky and associated with unnecessarily complex bureaucratic procedures. Tokenization will relieve crowdfunding of these problems.

Problem. Uncertainty of yield due to unpredictable changes in the weather and pest infestation, high volatility in food prices, a long production cycle, etc., create unfavorable conditions for insuring agriculture. Especially in countries where there are difficulties with access to cheap loan capital. Because of this, agricultural insurance is expensive and often simply impossible.

Blockchain solution. As in the case of lending, the blockchain is able to localize the insurance industry, so that farmers, for example, in Latin America will be able to insure on more favorable terms with European companies.

Problem. Worldwide, there are about 500 million small farmers. Various studies confirm that all these people are twice as likely to commit suicide than the average person: 20 suicides per 100 000 among farmers, compared to 10 per 100,000 for the rest of the population.

This is due to:

Blockchain solution. The integration of the blockchain into many aspects of the activities of farmers can give a synergistic effect that will greatly simplify their lives, make it easier and even richer. This will reduce the stress level of farmers and make them happier.

Problem. When you buy, for example, a tomato, you don’t know how much and what chemicals went into its cultivation, how it was stored, whether there is any strangeness in its DNA, and also where it grew: on the field, in the greenhouse or basement. In addition, you do not know who raised this tomato: an American farmer or a practically enslaved worker in one of the third world countries.

Blockchain solution. Those who are concerned with the methods of growing crops, livestock or fish will be able, thanks to the blockchain, to track down the “history”, for example, of corn from the shelf in the store to the seeds from which it originated. Or salmon “history” from the freezer to the farm on which it was grown. In this case, you can track everything - from the chemical composition of fertilizers to DNA.

How to Use Blockchain in Agriculture: 10 Use Cases key takeaways:

Merehead does professional development of blockchain integration in agriculture. If you have questions, contact us for a free consultation.