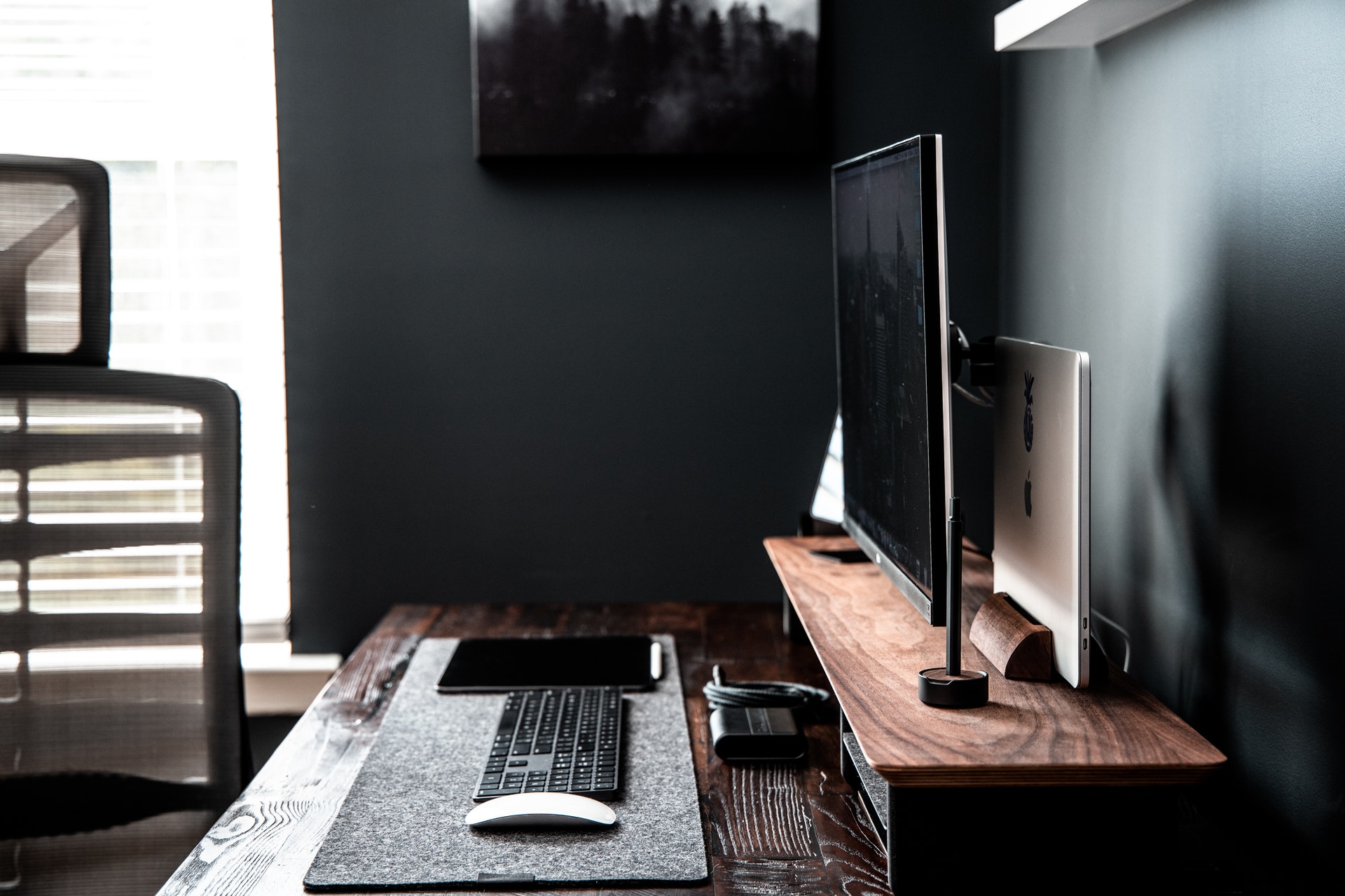 How Much Does it Cost to Create a Dropbox Clone?

Write to Alexander
Merehead / Blog / Development / How Much Does it Cost to Create a Dropbox Clone?
Are you looking to do the dropbox clone?
Alexander Safonov
Write to the author

Dropbox is one of the most popular cloud storage services, which allows not only to store files and share them but also to work jointly with them due to the simple and intuitive interface. In this article, we’ll tell you how much the development of a Dropbox clone might cost and what’s necessary to create such a website.


What the development cost depends on?

Project complexity. These three factors have the greatest impact on the cost of the creation of such cloud services as Dropbox: the complexity of the soft, the developer’s location, and the tech stack. As for the software complexity, this is about the number of features and the depth of their development. In terms of this criterion, the soft is usually divided into a simple one – takes up to 400 hours, moderate – 400 to 800 hours, and complex – 800 to 1500 hours.

The difference between simple, moderate, and complex soft is easy to understand by comparing the capabilities of text editors of Microsoft: Notepad, Wordpad, and Word. In the case of the creation of your own clone, the simple soft will only allow you to store data in the cloud, the moderate one – will add the possibility of synchronization and joint work, and the complex one – all current features of the original and main competitors.

Developer’s location. This factor is important because developer's average salary may vary greatly in different countries. Specifically, a developer's average rate in the USA is $95 per hour, Western Europe — $67 per hour, Eastern Europe — $32 per hour. Interestingly, despite such a wage differential, the quality of work of a programmer from the USA and Ukraine is the same. Microsoft, Apple, Dell, IBM, and other American IT companies often take advantage of this and give a part of the development of their own projects to outsourcing to «cheaper» countries.

Here is how much the development of the soft of different complexity costs depending on the developer’s location:

Tech stack. This is a set of tools that are used during the development of software and websites. It consists of software applications, frameworks, and programming languages. As for the cloud service Dropbox, it was originally created on the basis of Python programming language and Amazon S3 storage system. In 2014, this project transferred all crucial infrastructure elements to Go. In 2016, it was transferred from S3 to its own data storage system named Magic Pocket. Dropbox website works on CoffeeScript (JavaScript was in use until 2012). 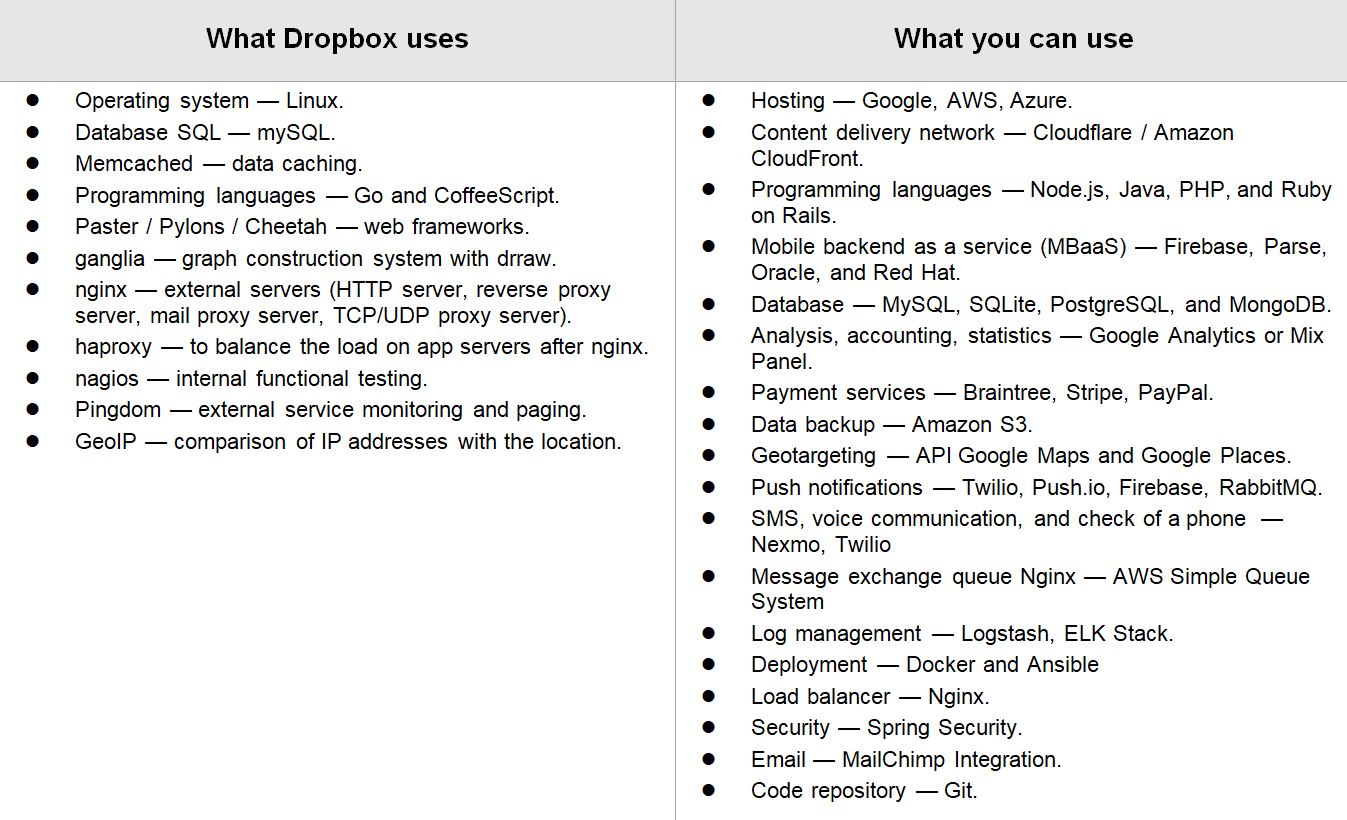 The development cost of a Dropbox clone

The launch of such a service as Dropbox consists of several stages: sector analysis, interface design development, direct coding, testing, promotion, and maintenance. Here are their estimated cost and description. 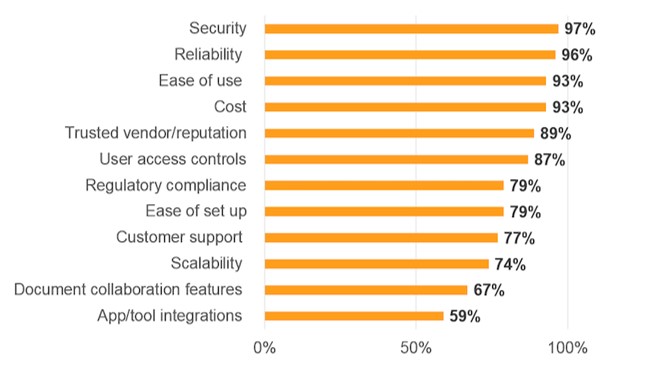 What factors the users pay attention to when choosing cloud storage. Source

You have two options when creating your own clone. The first one is to copy the original’s design and functionality. People use this option if they want to enter the market with no competitors quickly. In other cases, they conduct a market analysis first to understand which product the potential users will like and which product will allow you to stand out among the competitors.

The cost of such research depends on its depth: 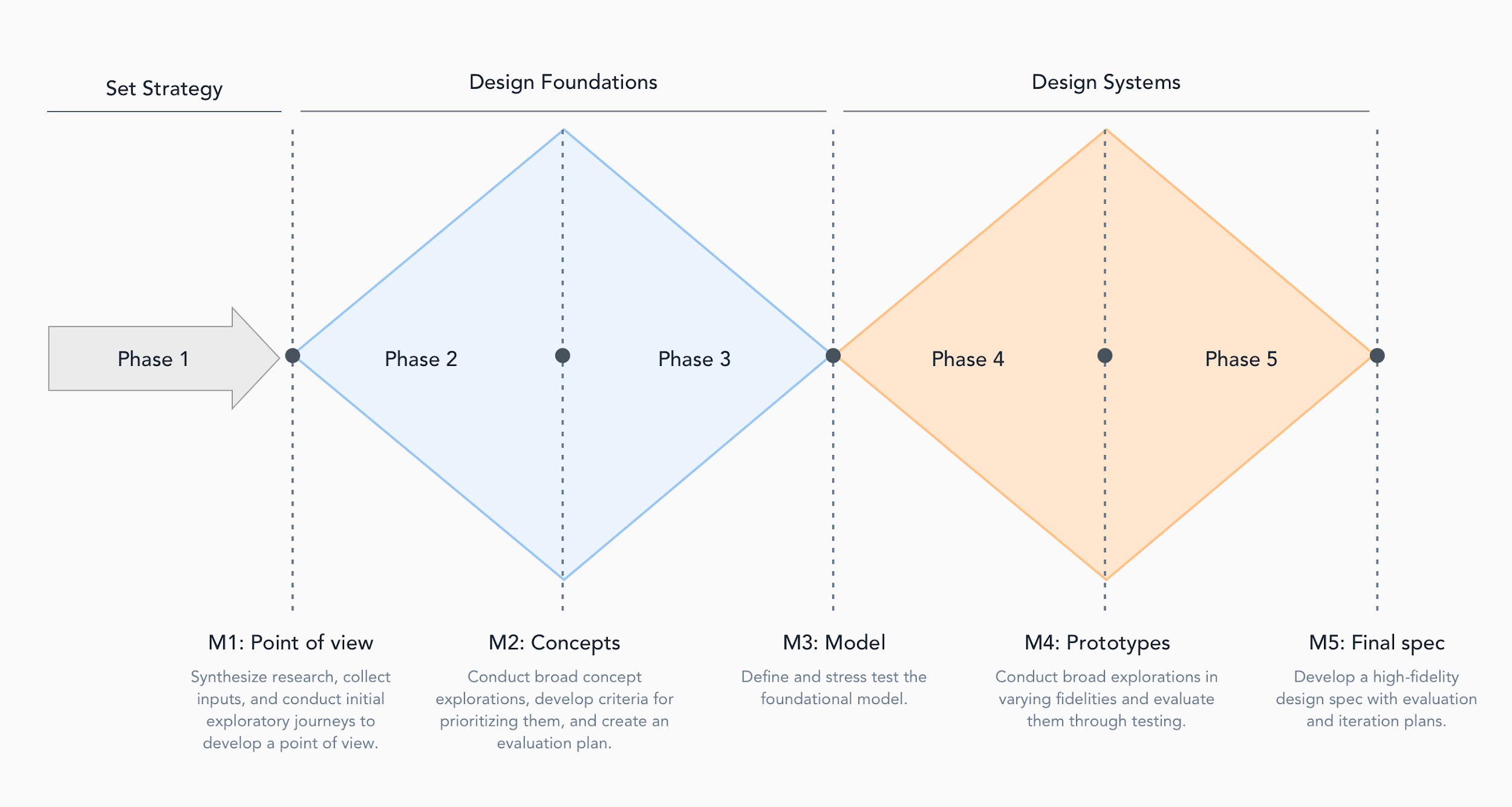 A design roadmap of the Dropbox app. Source


If you just want to copy the design interface of Dropbox, it won’t take a lot of time – about 50 hours. Using the average hourly rate of designers ($50 per hour) as the base, the cost of simple cloning of Dropbox's design will be $2 500.

As we’ve already mentioned before, this approach will only work if you want to enter the market with no competitors.

If you’re planning to enter a highly competitive market, you should bet on a particular niche and develop a design interface customized to it. On average, the creation of a similar design takes 200 to 500 hours:

Sign up, log in. To use the capabilities of Dropbox, the user has to sign up, enter his first name, last name, and email. It’s also possible to create a Dropbox account with the help of the Google account. During the registration, the user has to install the app on his computer or smartphone and provide it with access to the read-only memory of the device and set it up.

File storage in a cloud. It’s the main feature of Dropbox, which will work as an ordinary folder on your computer or smartphone after the app installation. Depending on subscription and settings, data can be stored only in the cloud or both in the cloud and on your device.

Electronic signature with HelloSign. It’s also possible to synchronize your account on Dropbox to your HelloSign account to send files for a signature and affix signature, without leaving the workspace of Dropbox.

File backup. It enables to synchronize data on your computer with the cloud; for example, to create a backup of all the documents, a separate program, or an operating system as a whole.

Security and confidentiality. The service uses SSL / TLS to protect internet connection and data transfer, and the data at rest is encrypted with 256-bit advanced encryption standard (AES). In addition, the users have the possibility to enable two-factor authentication.

Photo uploading to the cloud and viewing them. Besides, Dropbox makes it possible to upload pictures taken with a smartphone straight to the cloud, which saves a lot of space on the device. These pictures can be made public and provided to users without registration.

Joint use of content. This feature allowed Dropbox to stand out among the competitors. The thing is, you can enable the possibility of joint data management on the cloud – of all at once or of separate folders. It’s very convenient if you need to create an analog of a local network, but you don’t want to spend time and money on the purchase, installation, and equipment settings in your office.

Apart from the joint file management, Dropbox also has:

Bug fixing — 25% of development time of the whole project. After a Dropbox clone is implemented in code, QA specialists need to optimize it and eliminate errors and bugs with special software.

Manual testing — about 10% of development time. This testing is performed by simulating end users’ actions. In other words, QA specialists are doing what the ordinary user would be doing. In the case of the creation of a Dropbox clone, it's uploading files to the cloud, file transfer, joint work on files, and the like.

User testing — from 50 hours. After the project team eliminates all errors, which are detected by QA specialists, a small number of end users have to test the software product — alpha or beta testing. It’s usually done while limiting the number of registrations.

Domain cost — $10 to $3000 per year. The final amount depends on the domain zone. Besides, you need to consider the possibility of the domain purchase if the needed domain zone is already taken. The purchase price in this case might fluctuate from $50 to several million dollars.

Hosting — $10 to $100 000 per month. Most likely, you’ll be using servers of Google, AWS, Azure to store files for your users. The cost of their rent depends on the storage capacity. It’s best if you connect to a floating package, where the rental costs depend on how many resources you used this month.

SSL certificate — $70 to $300 per year (on GoDaddy). Browsers and anti-viruses will mark your site as an insecure one without this certificate. It’s required to protect the connection between the website and the users.

How Much Does it Cost to Create a Dropbox Clone? key takeaways:

Merehead does professional development of dropbox clone. If you have questions, contact us for a free consultation.