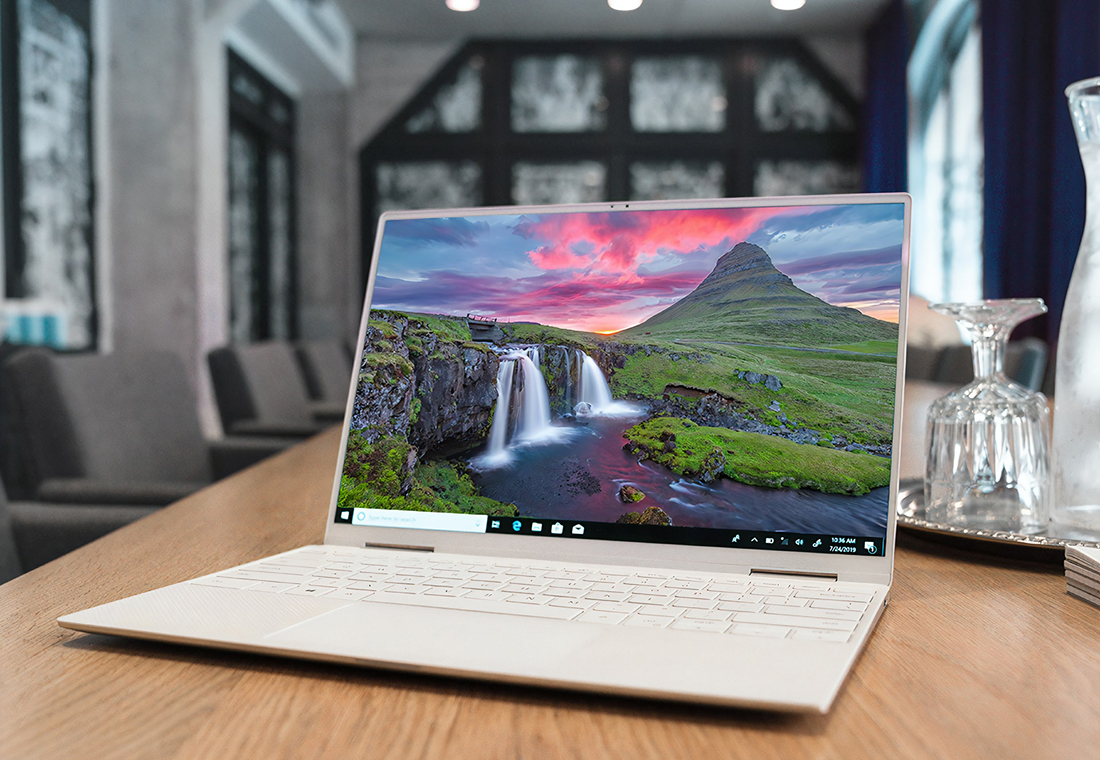 Write to Yuri
Merehead / Blog / Trends / 8 Software Testing Trends for 2021
Subscribe to our newsletter
You are the rock.
Thank you!

The role of software testing is increasing every day. Today it’s not merely a question of error finding and product improvement. Now it’s a long phase, which can begin at the stage of project approval. For instance, assessment of product idea, prediction of possible threats, and analysis of user behavior are the part of testing.

Terms of project handover and launch have been significantly reduced these days. However, performance requirements have increased. This lays aside traditional and establishes new testing methods trends in 2020. We’ll tell you what the software testing in 2021 will be like.

Use of AI and Machine Learning

Recent advances in information technologies for the most part are related to the use of artificial intelligence and neural networks. AI and machine learning have an even greater impact on software testing. 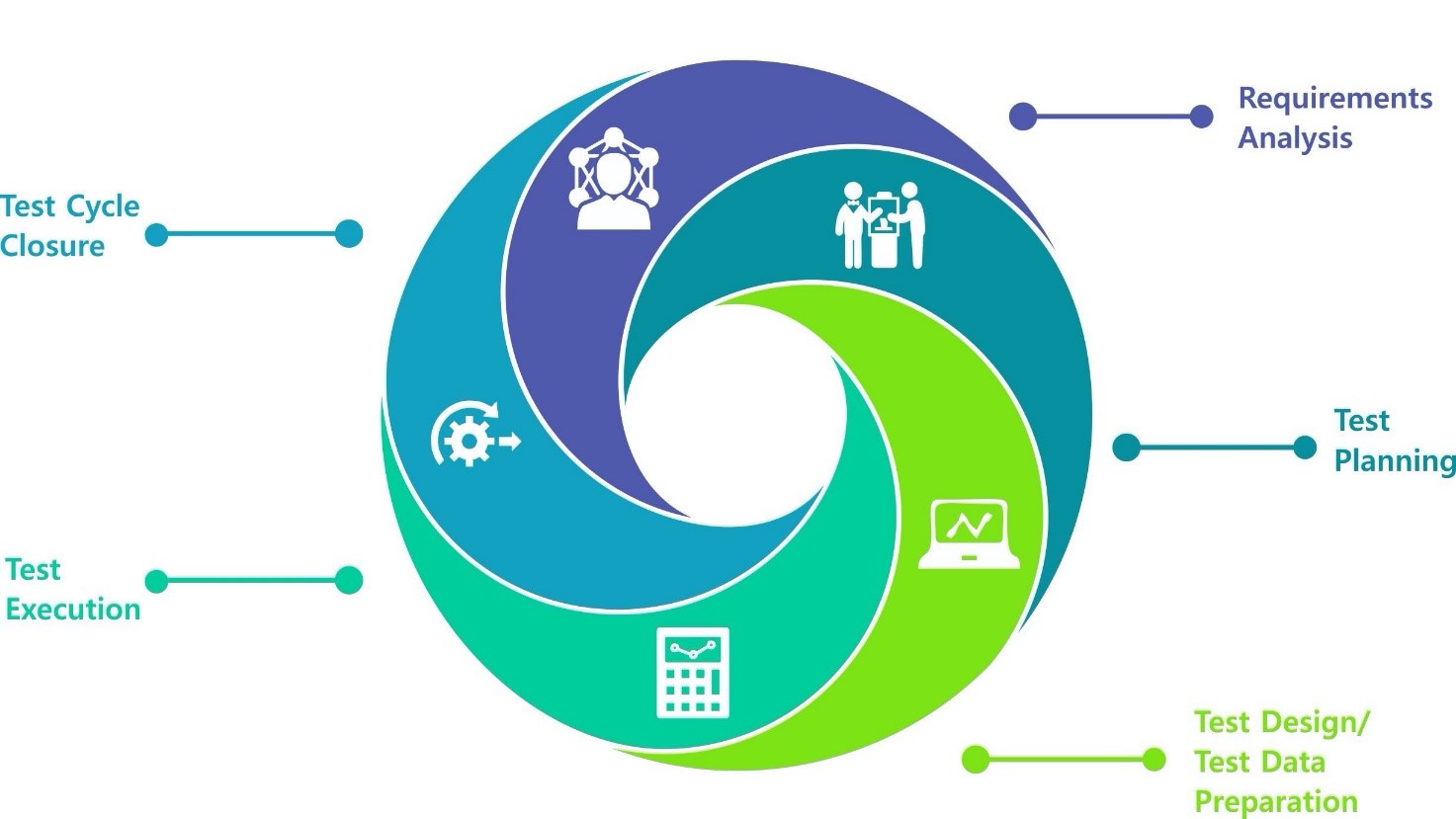 AI Testing Lifecycle. Source of the image
In such a way, artificial intelligence will make the job of a team of project testers simpler. This will allow providing high-quality code and better user experience.

The automation of testing cases is developing as a consequence of the development of artificial intelligence. QA teams will be able to focus their time and efforts on conducting new experiments rather than managing testing needs.

Experts assume that the number of automated testing processes will increase in the future to the extent that teams won’t be able to constantly launch each one of them. That is why it’s necessary to give prominence to the new changes correctly and to focus on them exactly.

Besides, testing automation won’t substitute manual interactions completely. This is especially the case for those elements, which are responsible for the user experience. If you automate the wrong processes, this will trigger even more problems.

So the trend for 2021 is not the testing automation, but the search for the right balance between manual and automation testing.

Every company, which is getting ready for the improvement of its business process, is taking an active interest in CI/CD today. This principle can provide smooth operation of critical IT systems.

CI/CD testing. Source of the image

The essence of the concept lies in the fact that different types of automated tests are included at every stage of software development with further code deployment.

Its key advantage is that bugs of various kinds can be detected instantly and not at the closing stage of the project. Doing so makes it possible to avoid delays and to process every error better. Also, CI/CD allows putting the concept of DevOps into practice to the fullest.

People have been talking about the creation of TCoE (Testing Centers of Excellence) for years now. Nonetheless, we haven’t seen the implementation of this approach to the full extent yet. Once again, the experts predict that TCoE will become a new software testing trend in 2021.

TCoE benefits. Source of the image

TCoE is a team dedicated to developing reusable testing frameworks and standards an organization can follow when deploying every project.

The main reason for creating such centers is anecessity to build new standards. They will help to improve the workflow and interdependence within the team. Moreover, TCoE will allow to:

Achievement of high performance has earlier been the major task of developing the software. But now, the developers need to work on other components as well:

Therefore, it’s not enough just to conduct performance testing now. It’s necessary to take care of each of the components listed. Consequently, the testing priority will no longer be only one element. QA teams have to closely monitor all software components.

Internet of Things is one of the fastest developing concepts. The 5G standard will be adopted soon. It will significantly increase bandwidth and network speed, and it will improve the reliability of wearables. Respectively, thousands of new IoT devices will be entering the market. 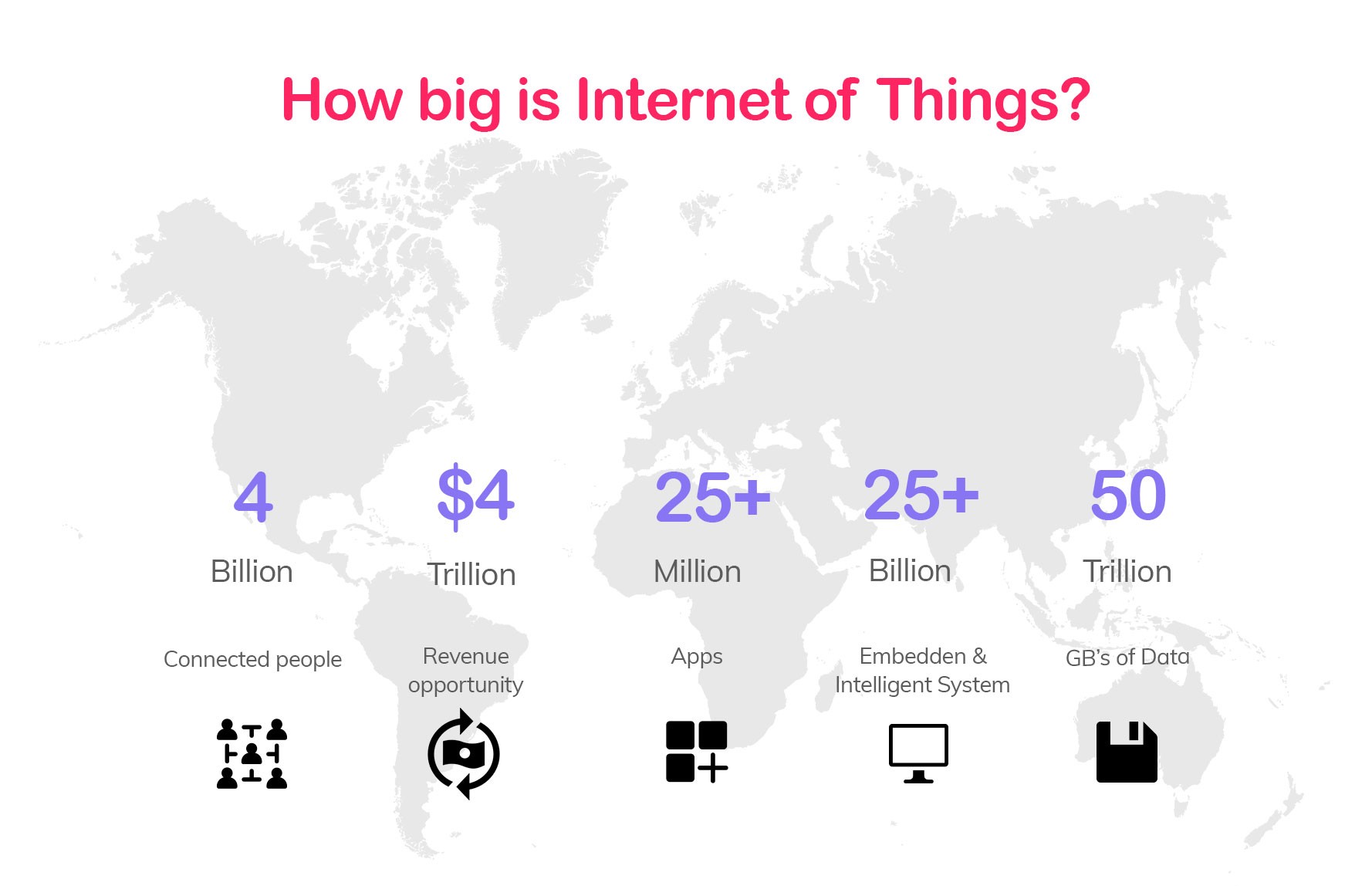 Size of the Internet of Things market. Source of the image

Software testers need to be ready for such a case. Internet of Things implies a set of new programs in each device. First of all, they need to focus on ways to account for all risks and threats releasing an Internet-of-Things-based tool entails. Afterward, they need to develop standards to mitigate these issues quickly.

Herewith, security will become a key element since every product is network-connected one way or another, which always increases the risks. Besides, IoT devices and relevant programs collect data without informing users about it. Finally, owing to growing demand, some manufacturers might ignore a part of security problems to release a product quicker.

Even if the user uses the minimum of the Internet of Things, he’s always exposed to risks. The key reason is the use of a big number of apps on both a personal computer and on a smartphone.

Every new software is not only an opportunity for the user but also a potential vulnerability. For this reason, testing teams need to develop standards and approaches to check apps for the possibility of entry.

Moreover, they will lay a special emphasis on testing the enterprise software. Every modern business is built on the use of large amounts of software. Even the smallest vulnerability can lead to a huge problem for team efficiency.

Security is one of the key aspects, which will put the performance testing on the back burner because there are enough approaches for the creation of efficient software. And the new vulnerabilities emerge significantly faster.

Being able to view and edit the source code of the software is crucial for the quality assurance team. Customization can help teams work efficiently, create a smooth learning curve for new testers, and cater to the needs of the project with more precision.

Every tester’s stack in 2021 should include the following tools:

Nowadays each one of these tools allows for quality assurance, error detection and they can make the software perfect. However, testers must keep an eye on new trends. It’s likely that new testing tools will be developed along with the emergence of new IoT devices.


Importance of Testers will Increase by Several Times

As you see, the first thing that 2021 holds for us is a major update of the software in all fields. It’s important to detect bugs as soon as possible during its development. Respectively, according to forecasts, the importance of the testing team and quality assurance will increase.

First of all, they will work more closely with developers at every stage of project creation. In addition, the advantages and quality of the software will depend on them no less than on coders.

Finally, due to the development of the importance of testing itself, companies will allocate a significantly larger budget for this element. Otherwise, they risk releasing a poor-quality product or missing vulnerabilities in the security system.

We also recommend reading - WHAT SOFTWARE TESTING TRENDS WILL APPEAR IN 2022.

Merehead does professional development of software testing trends in 2021. If you have questions, contact us for a free consultation.

Category: Trends 12/06/2022
Software Testing Trends in 2019
Every year the field of software testing undergoes transformations. Quite interesting is the fact that this industry is now operating in more complicated conditions than before. This is due to the fact that trends are changing very rapidly. And there is not so much time for the usual tasks, as it was before. However, despite this, the industry manages to adapt and meet the challenges of the times. Modern system approaches give their results, and specialists are not lazy to expand and improve their qualifications. 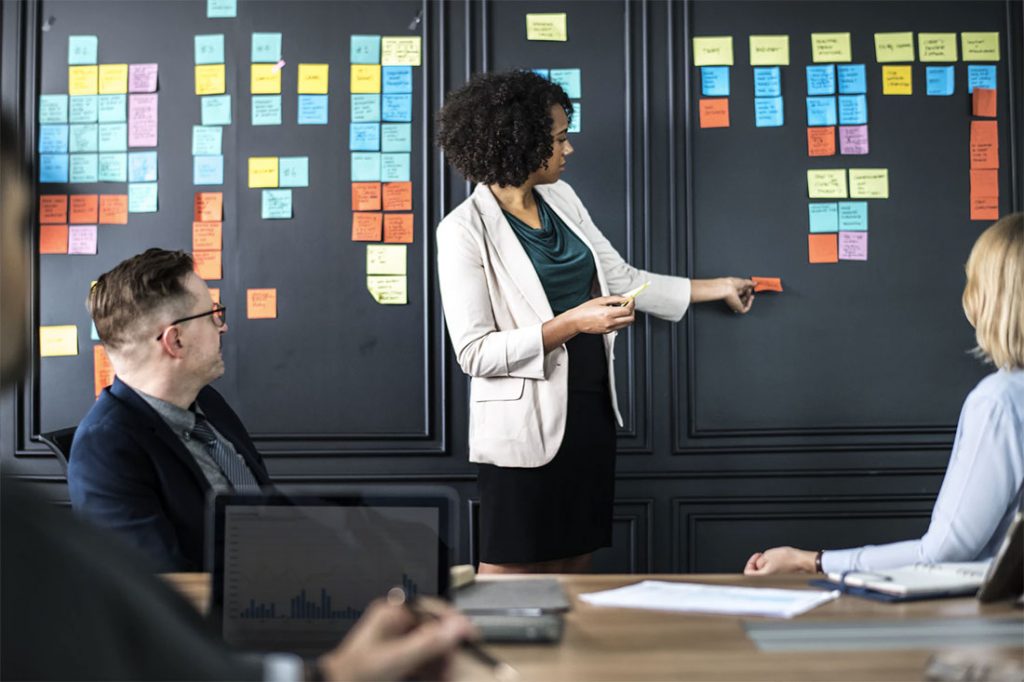 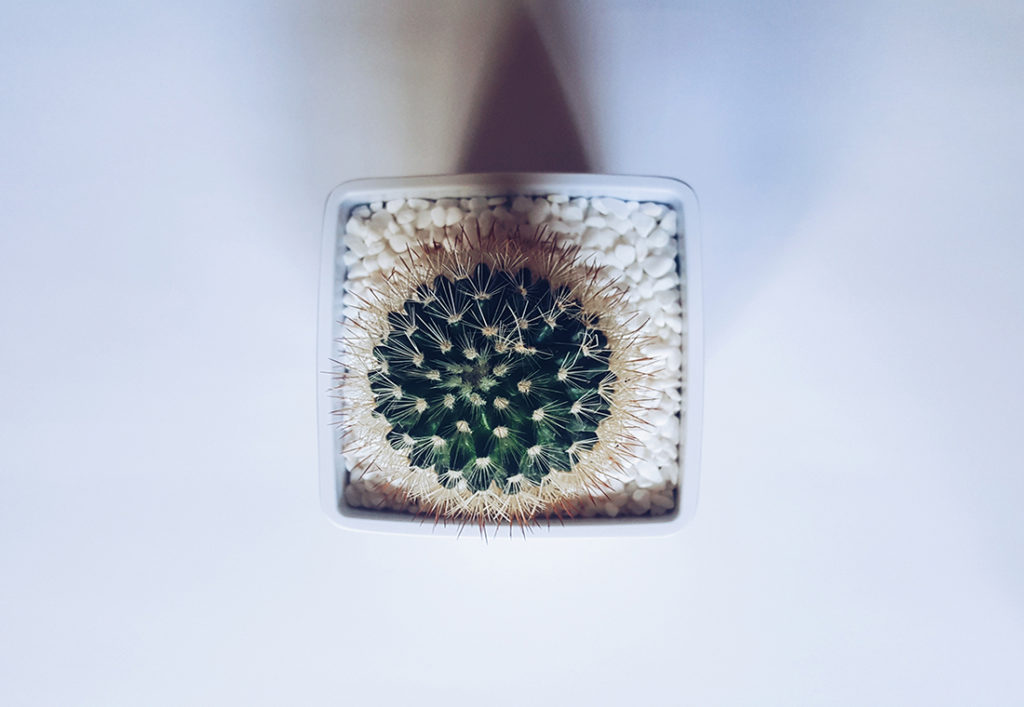 Category: Trends 01/24/2023
Latest Software Testing Trends in 2022
Software testing is getting more important year by year. Today, this job is not only about finding bugs or developing a product, it is also about analytics too. For example, first, the testers do the research of the idea then they try to think theoretically about some negative aspects which might influence the product, and after that, they estimate the users’ interest. To do all this job in a comfortable environment, they use sort of software testing trends. 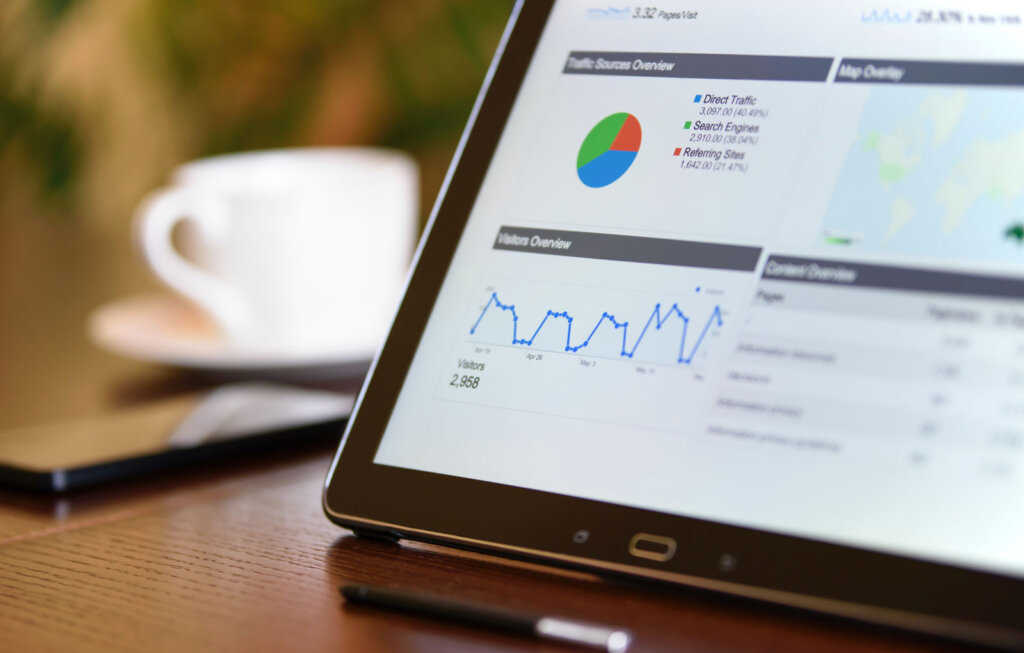