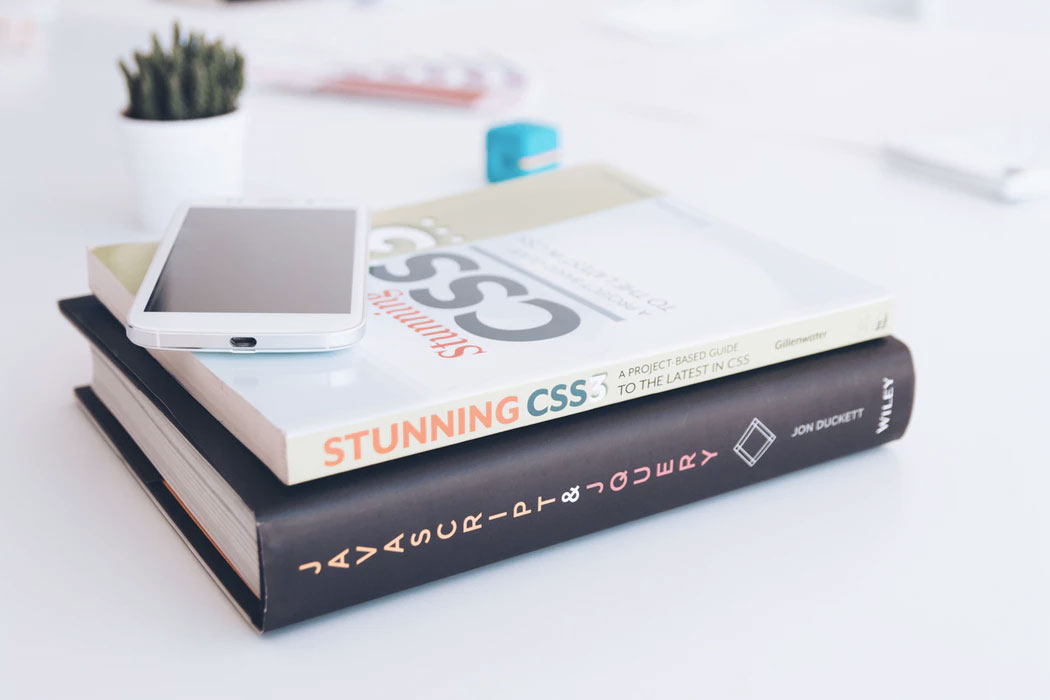 Write to Anna
Merehead / Blog / Trends / Top Trending JavaScript Frameworks and Libraries in 2019
Subscribe to our newsletter
You are the rock.
Thank you!

According to Stack Overflow Report, JavaScript, Front-end and Back-end are the most popular languages for software development for many years and are not going to lose their positions within 5 years. They are always in the priority of developers of web applications and mobile applications due to the provision of new structures and modern libraries for the development of interactive applications, which makes this process quick and easy. Technologies show that they have not reached the peak of their development, that there is still a huge “not plowed” field; nevertheless, they are actively replacing the old coding methods with newer ones, retaining their popularity in the market.

Top Trending JavaScript Frameworks and Libraries in 2019 to try and use in your project are:

According to experts in the IT field, the four best JavaScript frameworks for projects for 2019 are Vue, React, Angular.Js and Node, but in this article, we will cover not only them.

In this article, we will discuss the pros and cons, as well as factors that should be considered when choosing the framework that is right for you.

Vue.js (also called Vue) is an open-source JavaScript environment designed to simplify and streamline user interface and graphic design or logo design. The framework also referred to as the ideal blend of Angular and React, has established itself as the ideal choice for developing a lightweight, two-way data binding application to the angle structure and server rendering of the React JS framework. It should be noted that Vue.js was nominated as the most popular JavaScript interface on GitHub with 118 thousand stars.

Vue.js may seem like an ideal JavaScript structure for software development, but it also has its pros and cons.

Advantages
- A quick set of popularity: in just a few years since its inception, a large number of enterprises have added Vue.js to their technical stack.
- Quick configuration: Vue has built-in data binding and MVC model (model, view, controller), which makes configuration much easier compared to Angular.js and React.js.
- Easier integration: the platform supports easier integration with HTML elements.
- Small learning curve: compared to Angular JS Framework, Vue is much easier to learn, understand and use.

Disadvantages
- Few resources: the structure is still too young to find useful solutions on the Internet and self-learning.
- Small community engagement. As mentioned in the last paragraph, Vue.js is new to the market and therefore has less community support than Angular and React technology.

Supported by Facebook, Instagram and other well-known organizations, React is one of the best JavaScript frameworks over the past 5 years. Also called React.js or React JS, more than 38% of developers worldwide use the frontend infrastructure. Netflix, Flipboard, PayPal and BBC are the first organizations that used React.

Let's look at all the advantages and disadvantages React.

Advantages
- Many documentation and online resources. Thanks to Facebook support, there are many opportunities to use a ton of documentation and online resources for learning and using the Javascript framework for React.
- Fast, flexible, efficient, and lightweight technology: JS is widely recommended for its efficiency, small block size, flexibility, and faster approach to work due to its simple component model and server-side rendering functionality.
- Transition between versions. Migration between versions is usually very simple, Facebook provides “codemods” to automate a huge part of the process.
- It feels great when working with ES6/7 ReactJS, it can take any load.
- The structure has a component architecture that revolutionized web development and influenced other technologies.
- DOM allows you to combine HTML, XHTML or XML documents according to certain criteria, most often into a tree, so React is great for web browsers when analyzing various elements of web applications.

Disadvantages
- Assembly tools are required: this JavaScript infrastructure may not work properly without adequate assembly tools or may display incompatibility with other libraries and codes due to high DOM.
- Big learning curve: Unlike Vue, React takes more time to learn concepts and implement. React JS requires a wealth of knowledge on how to integrate the user interface into an MVC structure.
- The lack of streamlined documentation - the super-fast exchange of solutions in ReactJS leaves no room for streamlining the documentation, the documents are placed a bit erratically, since many developers individually enter them into the database without any systematic approach.

Angular.js is a full-featured interface JavaScript environment supported by Google and other popular corporations. This structure is known for its potential, for example, fast code generation, two-way data binding, testing of application parts.

Despite the fact that hundreds of companies and developers are enjoying (in the true sense of the word) using the Angular frontend Javascript framework, there are pros and cons of this technology.

Advantages
- Two-way data binding.
- Mobile web development.
- PWA support.
- Stable and long-term support Google.
- Universal MVVM module (allows you to separately operate in one section of the application, using the same data set).
- The interdependence of functions, in view of their connectedness with components and modules.
- RXJS, a lightning-fast compilation (less than 2.9 seconds), modified start HttpClient.

Disadvantages
- The problem with battery drainage: applications created using the Javascript framework are known to overly drain the device's battery.
- Poor optimization: Angular.js based applications require more optimization to solve low performance issues.
- Big learning curve: Angular shows a high learning scale, you need more time to master this structure.
- Integration errors that may occur during the transition from the old version to the new.
- Difficult programming language, despite the fact that Angular uses TypeScript 2.4.

Node.js also one of the best javascript frameworks for back-end part, due to event management (I/O principle) for developing efficient and lightweight applications running in a variety of distributed devices. The framework is becoming more and more popular every year. This is the right choice for those who need a full-featured JS environment with access to all tools.

Advantages
- Ability to send multiple requests: Node.js non-blocking input-output environment allows application developers to process several requests simultaneously.
- Create from Scratch: technology allows developers to create each individual element from scratch; There are no limitations in this regard.
- Very active community: the Node.js developer community is extremely active, which means fast and reliable access to all codes and solutions.
- Client approach: this JS structure is fully taken into account when developing the client side.

Disadvantages
- Lack of multi-threaded programming: Node.js does not support multi-threaded programming. This implies that the JS infrastructure is still not ideal for long-running calculations. If you try to create an application on this technology, application performance may be very low.
- Interface node instability. Various cases of instability have been reported Node API.

Ember.js has been used in the design of a number of sophisticated websites such as Kickstarter, Heroku and LinkedIn.

Ember.js ideal for developing complex web applications, and the string system of templates with which it comes with, significantly reduces the load time.

Advantages
- Library Ember Data. This is one of the best libraries for API level requests and data retrieval in the local app store.
- Ember CLI. An idea stolen from Rails, but this feature makes Ember.js work very convenient.
- Many extensions (ember addons) that can be easily added to the application using a single terminal command (ember install). The centralized repository of all add-ons listed together + search is also enjoyable.
- Built-in testing tools. Standard ember-cli comes with QUnit.

Disadvantages
- Ember Data only suitable for standard queries REST API.
- Many ember addons (ports existing in the jQuery library).
- Interrelation with jQuery. It would be much more convenient if Ember used axios or a standard sample to create ajax requests.
- Very large learning curve. First you need to learn Javascript, then Ember, this can take a lot of time (especially if it is from scratch).
- No server side rendering.
- No redux. Seriously. Enough said.

Next.js is not a common base JavaScript. The framework was launched by the team. React.js as a server-side rendering tool. Developers working with Next and React.js can greatly simplify the interface development process.

Next.js comes with a number of great features such as client-side routing and automatic code separation. First of all, Next.js comes with full CSS support, known as styled-jsx, to simplify the development of user interface design.

Advantages
- Self-structure, Next.js is not only a library.
- Own file router.
- Very easy to get started quickly.
- Very comfortable working with antd and javascript.
- It does not create large static link pages, they are easier and faster to load.
- Very well supported by the development team.

Disadvantages
- There is no possibility to create a general purpose template made from rendered controls.
- The router runs too high and replaces the entire page when navigating.
- You can not keep something near the root vdom.
- Typescript defs is not complete, developers are not concerned about this problem.
- Since server-side routing is based on pages, you do not receive a static package of the entire application, which you could, for example, serve through asp.net.

Meteor.js full-fledged infrastructure provides fast frontend development for end-to-end web and mobile JavaScript applications. Because of its modular library structure, it is very convenient to use packages.

Today, this framework is used to develop applications in companies such as Mazda, Honeywell and IKEA.

Advantages
- Fullscreen JavaScript platform.
- Having MongoDB, which is better than relational databases.
- No middleware or ORM required.
- Open source
- Supports Node.js modules.
- Data synchronization.
- Easy to install and get started.
- User interface updates for the client-side without the need to update the browser.
- Great for developing chat applications.

Disadvantages
- Many developers are moving to more popular frameworks.
- NoSQL requires a unique set of skills that RDBMS-oriented architects do not necessarily have.
- Deploying and integrating tools is not as simple as on other platforms.
- Hard to fix server-side errors.
- Bad CPU.

Mithril.js weighs about 12kb in gzipped format thanks to its small API. It provides a template engine with a virtual implementation of DOM diff for rendering, utilities for high-level modeling using the functional composition, as well as support for routing and component.

Mithril.js has a number of similar functions as in React.js. Mithril offers MVC hierarchical elements and various security templates that come with intelligent differences from the DOM, they are used to test high-performance rendering.

Advantages
- Clear JavaScript.
- Works great with ES6, can handle any load.
- The presence of an intelligent system of automatic redrawing.
- Faster than React.
- Virtual DOM allows you to combine HTML, XHTML or XML documents according to certain criteria.
- Little weight.
- Good optimization.

Disadvantages
- A small API can be inconvenient for working with more complex projects.

How to choose the most appropriate structure?

Each developer has his own opinion, but we all need to understand one thing - you cannot find the best structure among the JavaScript frameworks. Choosing the most appropriate structure depends entirely on the needs of your project. Thus, it is better to consider the pros and cons of all the above frameworks and decide which one to start your project within 2019.