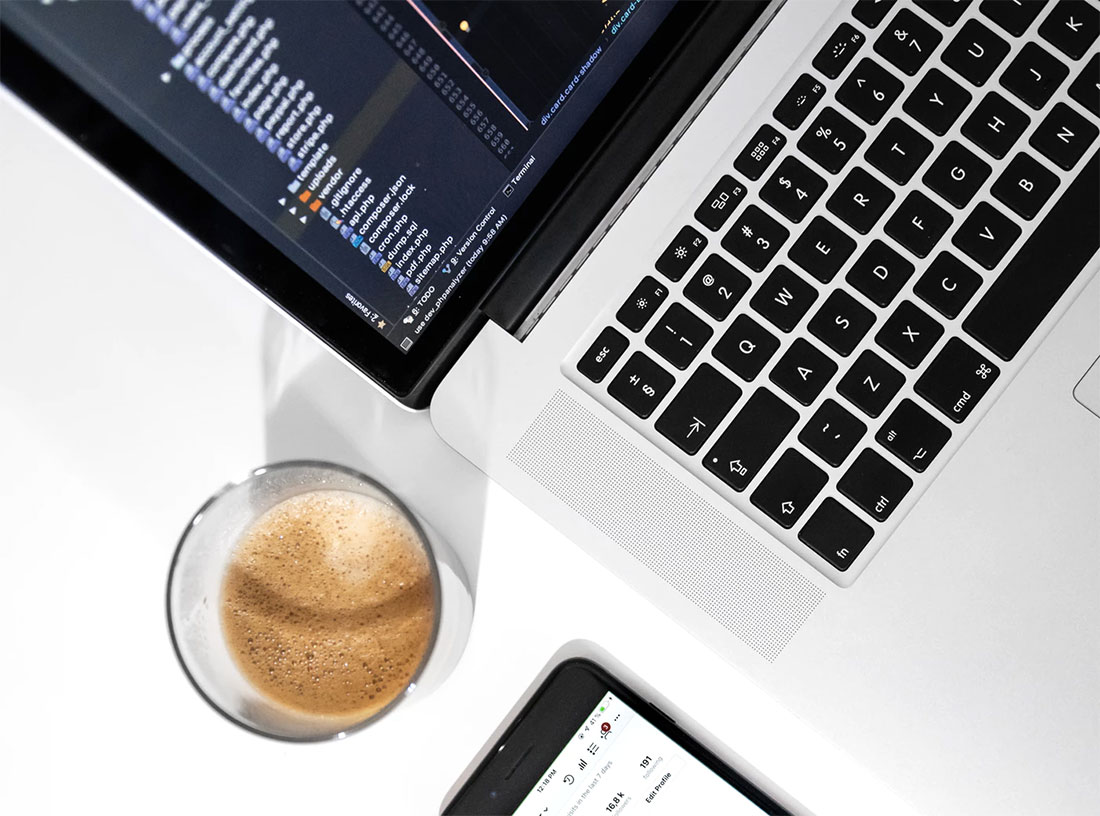 How to Build a Decentralized App (DApp) on EOS

EOS is a blockchain-based operating system, customized to the development, deployment and launch of decentralized applications (DApps). The project collected a record 4 billion dollars during the initial supply of coins and entered the top 5 cryptocurrency by capitalization.

The EOS ecosystem is faster, simpler and more convenient than Ethereum, and therefore more suitable for the development of DApp. Today we will look at three approaches to creating applications for this network, denoting nuances, pluses with minuses and an estimated cost of each.


How to create a DApp on EOS using templates

Templates are ready-to-run applications or computer code modules with which, like LEGO, you can build ready-made applications. They are created by blockchain developers, large companies or private enthusiasts to simplify, speed up and reduce the cost of the process.

Development of DApp using templates can be compared to creating websites on the WordPress designer: download the main platform engine (blockchain or WordPress), choose a template (applications or website themes), install it and customize it. However, in the case of creating websites, everything is much simpler, since this service has been available on the market for many years. While EOS was launched only in July 2018, therefore its infrastructure is not so developed. 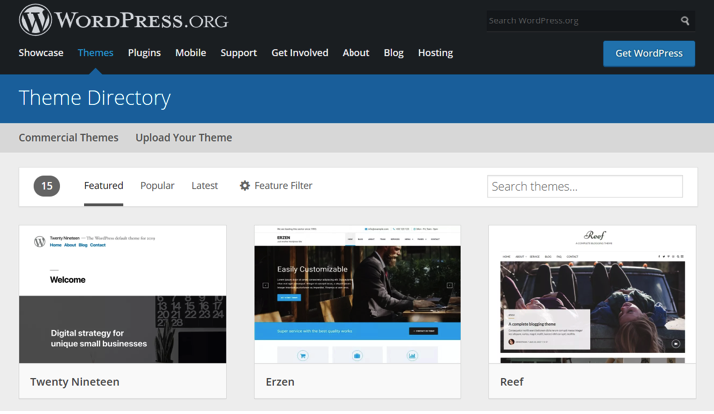 Example of a WordPress Templates

However, as the experience of Ethereum and Hyperledger shows, DApps development services using templates appear within one or two years if the project becomes popular. For example, you can create an application on Hyperledger using templates at Amazon Web Services, IBM Blockchain, ChainZilla, OBCS and Alibaba Cloud Container Service, although the project was launched in June 2017.

At the time of this writing (January 2019), templates for EOS applications can be found on Developers.eos.io, GitHub.com, Bitcointalk.org, and other sites targeted at blockchain developers. At the same time, we can expect that in the future they will appear on Microsoft Azure and Amazon Web Services.


How to create DApp on EOS using outsourcing

Subcontract development transfer is the best option if you need to get a guaranteed result in a short time for minimum money. An outsourcing company will take care of all the troubles, including most of the organizational issues. For the customer remains a general control (administrative and financial), as well as the selection of tasks and goals.

Search for an executive company
You can find the right company on social networks Facebook, Twitter, Google+, StackExchange and Bitcointalk, as well as on specialized sites:

- LinkedIn. The most popular platform for the formation of business contacts. Create an account and use LinkedIn Recruiter and Groups services to search for DApp-developers. Recruiter service is paid, but there is a trial version.

- Goodfirms.co и Clutch.co. Sites where companies post information about their services. You can find the right artists using filters.

- Upwork. Freelance platform for programmers, working since 2003. Both companies and private specialists are represented.

- Toptal. Another freelance platform where candidates can be tested, invited for an interview and given a mockup task.

The Meetup.com and special CoinDesk section have information about upcoming conferences, lectures, seminars and other events related to the blockchain. Representatives of blockchain technology companies often participate as invited experts.

Selection of candidates
Choosing a company to develop decentralized applications at EOS is similar to the choice of ordinary developers. We need programmers who are well aware of traditional programming languages (C#, C++, Python Java, JavaScript), can present several successful cases and speak the same language with you. According to these criteria, primary screenings of candidates should be carried out. Secondary selection involves learning of:

- Portfolio. A detailed study of use cases - what tasks were assigned to the candidate and what finally happened. If you can, test the application yourself from use case. Pay attention to performance, design, usability and user feedback

- Informational trail. Check out what is written about companies on the Internet. Have they been mentioned in the news, in what capacity? What previous customers, users and regulators say.

- Cost of services. The price should not be lower than on Ethereum. In addition, it is important when companies are ready to give a price. A good developer first studies the problem and only after that announces the cost.

- Geography. For communication, it is better than you are in the same or adjacent time zones and speaks the same language. It is possible to cooperate with developers in Eastern Europe, Asia, and Africa, but you need to make sure that the employees of the development company (management and programmers) speak good English.

- Legality. The subcontractor must be duly registered and work through normal banks, not offshore zones. This point can be checked at WebChecker, BBB.com, GlassDoor, and fiscal services sites.

Talking with the best candidates should be via video. So you can evaluate the interlocutor and ask him to conduct a video tour. This will give more information about the candidate. Do not forget to request data on the park of devices.

The cooperation process with the development company DApps takes place in seven stages:

1. The executing company makes an assessment of the order and a preliminary sketch of the upcoming work. This allows you to estimate the time and cost of development.

2. The customer and the contractor define the key requirements for DApp and create a diagram of product use scenarios. A user interest diagram is created.

3. A screen map with UI / UX specification is created. Choose a design style, colors and so on.

4. Programmers create MVP or alpha version of the application.

6. Dapp deploying and its launch. Usually, the product is first offered to be sold to a small number of users (early launch). The early startup is needed to test the product and minimize risks.

7. Accompaniment and technical support of the project. Correction of missed errors and adding new features, tools.


How to create DApp on EOS by yourself

A team of programmers on staff
By hiring a team of programmers in the state, the company gets full control over the development and provides maximum security and privacy. This gives many advantages and allows you to preserve secrecy, but at the same time creates many challenges: programmers need to find, create a team of them, organize the work, find suitable premises for them and buy equipment.

The main problem of this approach is that programmers have to be found in one urban agglomeration. This is problematic because there are a few good programmers. Those who understand the blockchain are even fewer, and there are few who are familiar with EOS. And usually, they already work for someone. 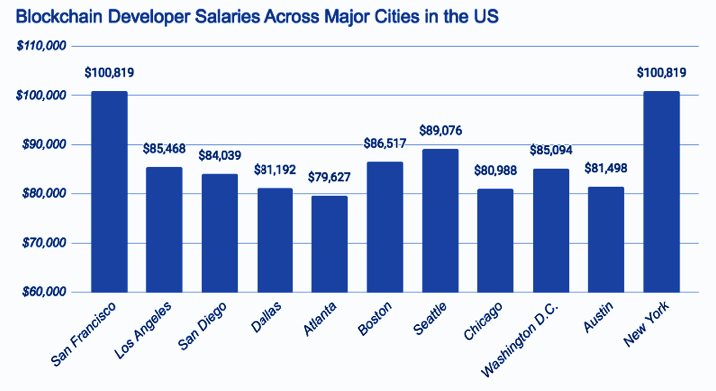 Hourly rate for blockchain developers by US states. Source: hackernoon.com

In addition, the programming team needs a leader. A good project manager is worth its weight in gold, especially if you need a specialist who understands the blockchain and DApps. Often you can assemble ten teams of programmers without finding a decent project manager.

Self development
This approach requires programming skills and a deep understanding of blockchain technologies. If it is, you can use the documentation on the EOSIO Developer Portal and GitHub.com to learn how to create a DApp yourself. It will take some time, but it does not need to pay anyone and no one will breathe down your neck.

To develop an EOS blockchain-based Dapps, you need to understand the principles of the blockchain system and explore a number of tools (eosiocpp, cleos, keosd, nodeos). The official guide from the creators of cryptocurrency will help with this. It is quite simple and contains links to the necessary software: Amazon AWS instances, Docker, Compile. Instructions for these tools can also be found in the guide.

EOS blockchain and DApp development tools can be installed and run only under Linux and Mac OS operating systems. In the Windows environment, they do not work, but you can create a Linux sandbox and work in it. Editors and IDEs can be Eclipse, Atom Editor, Visual Studio Code, Sublime Text and CLion.


How much costs the development of DApp on EOS

In the Ethereum network, the cost of the transaction and database storage is lied with the users: people pay money in the form of "gas" when they want to initiate a smart contract and DApp. There are no commissions in the EOS ecosystem. For processing and storage of transactions developers pay. They rent node resources to initialize smart contracts and deploy applications. 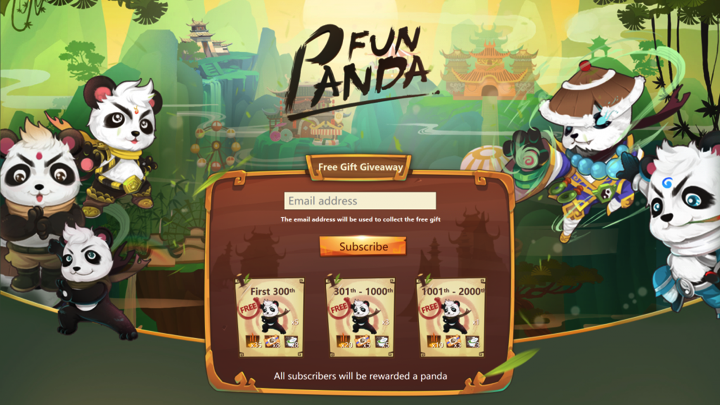 Yu Ting Chen, who created the PandaFun gaming application, estimated the total cost of 21,000 EOS coins required to deploy the application ($ 52,000 at the exchange rate of January 19, 2019). So, 10,000 coins need to be spent on RAM, the same amount - on the CPU, and another 1,000 coins - on NET. The deployment of a contract for a decentralized application in the network of Ethereum will keep within $100.

The project team promises to reduce the cost of blockchain network and processor resources, but so far this is the case. This should be considered when developing applications for EOS.

According to the CoinDesk analysis, blockchain applications created in 2018 have either tens of thousands of daily users, or no one is interested at all. This, to put it mildly, is a dismal result, considering the whole hype around cryptocurrency and blockchain.

Yin Wu, founder of the Dirt Protocol, believes that the reason for the failure is an inefficient development process. Instead of working in a low-risk environment that supports iteration and training, startups try to sell the product to the world. Moreover, they do not even sell the product itself, but its idea, which will be implemented in the future.

This approach creates three problems:
1. To please the community, projects follow the call of the crowd and build a design based on false dogma: “Decentralization is the answer” (and not a means to achieve the goal).
2. Developers listen to the advice of well-known personalities in the community and, as a result, make non-optimal decisions.
3. Focusing on the ideas and theories of the market, projects carry out white paper, as if this is a plan for the final product, and not the starting point for its creation.

All this leads to the fact that the created DApps have almost zero chances of success or at least payback. And to change this, Yin Wu proposes to change the approach to development.

Create a product, not a protocol or philosophy
Practice shows that you can not succeed in the mass market, confessing only one philosophy. Open source projects as an alternative to closed centralized networks are not new. Just look at the standoff Diaspora vs Facebook, DuckDuckGo vs Google, Mastodon vs Twitter.

Openness and decentralization are important only for developers and lovers of conspiracy theories. Users need a solution to the problem and low cost.

Don't let users tell you what to do
All Apple product launches met the same media reaction: too expensive to succeed. Facebook launched the news feed, despite the extremely negative public response. Netflix switched over to streaming and lost over a million customers in transition period.

These examples confirm the simple rule: “Do not give your users what they ask for, give them what they want”.

Focus on the iteration on the idea
In the blockchain community, there is an misconception that an idea is the most important part of success. Instead of running projects and improving them based on user feedback, teams iterate separately and ignore customer feedback.
In the future, projects should be smaller and run earlier. You need to put the product on the market for a small group of users, test, get feedback and improve it. And then repeat the process again and again. Delay in entering the market is like death.

How to Build a Decentralized App (DApp) on EOS key takeaways:

Merehead does professional development of Decentralized App on EOS. If you have questions, contact us for a free consultation.