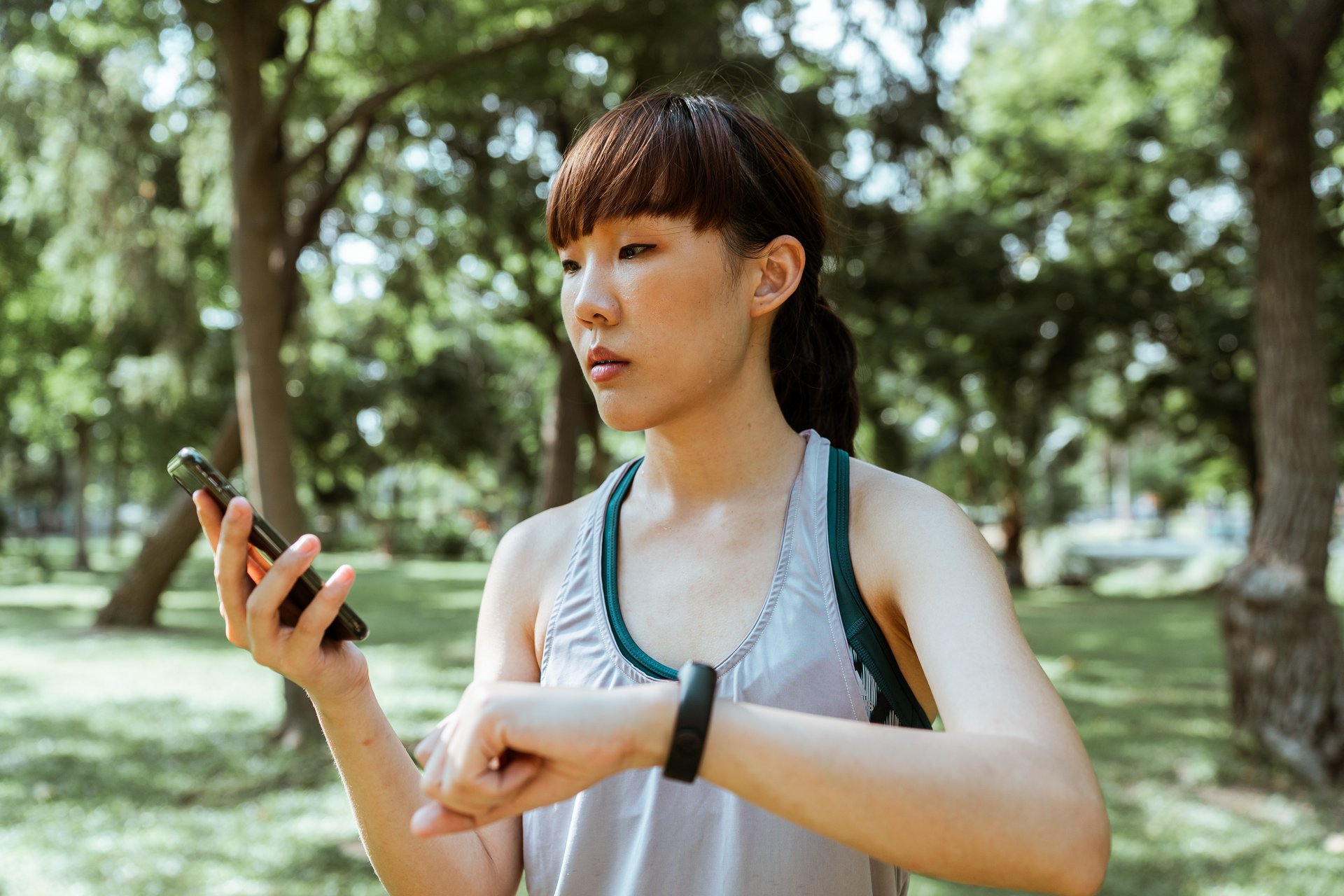 Write to Yuri
Merehead / Blog / Mobile apps / Fitness App Development: Features and Costs
Are you looking to do the Fitness App?
Yuri Musienko
Write to author
Merehead is a leading development company

The popularity of fitness and running apps has recently been growing and growing. It’s this exact solution that allows controlling activity, weight, calorie burning as effectively as possible. Moreover, it adds a playful and competitive aspect.

Apps have become not so much a startup as an expected and logical solution, investment in which pays off in nearly 100% of the cases due to the continuous growth of a fitness community. This is so for several reasons:

A fitness app solves all these problems. It can help you make a personal training program, select the necessary exercises, program the app for weight and shape control, and visualize how to do a certain exercise right. Besides, this app is very useful for coaches, who work in gyms and for businessmen, who own them, because a personal «robot coach» will control the correct use of a gym machine, which reduces the likelihood of visitors’ injury and an early breakdown of a gym machine owing to incorrect operation. On top of everything else, any app is pretty easy to monetize due to the increase of social activity, discounts, creation of motivational content, and offering the clients interesting and favorable terms.

Standard tasks of a fitness app 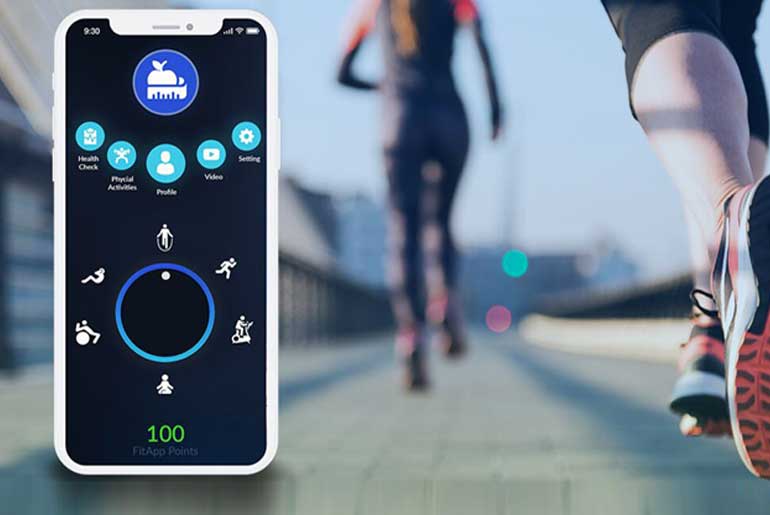 There are more such tasks from year to year because the progress marches on. An indicative but at the same time not the exhaustive list of these tasks:

Each of these requirements was formulated during the interaction with the users of various apps. This set is as universal as possible and suited for any app because such things are necessary for both average users and professional sportsmen.

Unquestionably, all fitness apps vary in functionality, sports specialization, activity tracking, monetization types, forms of motivation, etc. For this reason, they are divided into groups for the ease of classification and users’ choice. The developer should consider this since it would determine not only the profile of the app but also its potential audience.

The first group is related to the number of sports. There are both highly specialized apps like Runtastic, which track only one specific sport or one direction of impact (Runtastic controls solely cardio: walking, running, cycling) and «all in one», which allow selecting from a broad list of sports.

The second group is related to the type of activity recording. The first group is apps, which record the activity constantly throughout the day. A spectacular example is ZealStep, which can switch to a special training mode with an adjustment of selected parameters. The second group is special running or sports apps that become active only during the workout.

The third group is related to the choice of the main goal. In this case, the typology can be very broad indeed. The classification starts with classic «trainers», i.e. the programs that include workout plans, content with technique description, and ready-made sets of workouts. 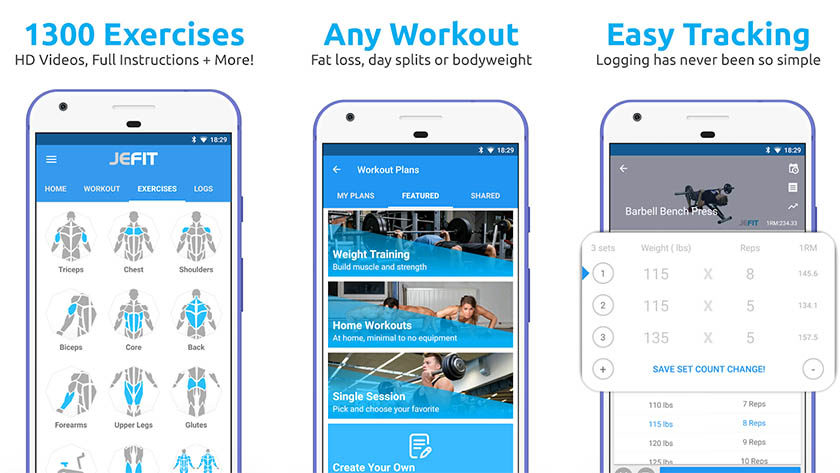 The main goal of a similar app is a demonstration of how to do certain exercises correctly and a record keeping of workouts to monitor the progress. This category of apps has been considered the most popular one in the past few years.

The second type is focused on nutrition control, creation, and maintenance of diets. 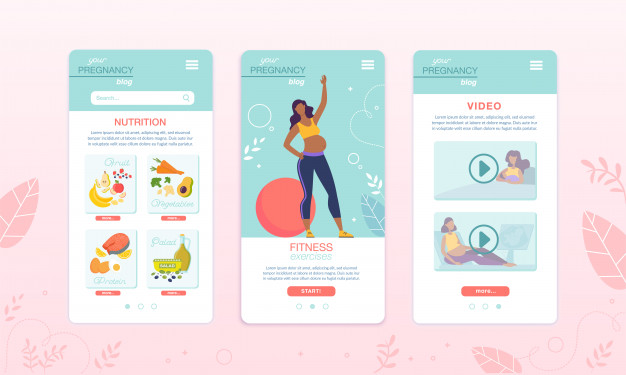 These apps are suitable for people, who want to gain or lose weight and change their shape. A good app has adaptive technologies and adjusts itself to each user, keeps records, statistics of results, counts calories, provides special recipes and nutrition tips, and allows sharing your results on social networks and in communities.

The next type of program is a personal trainer. 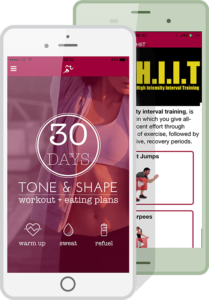 This program is a customized branded analog of an ordinary trainer app, which is tailored to the clients, who visit gyms and fitness centers of a particular brand. These apps attract new clients to the centers and increase a level of engagement with the entire community and every member in particular.

The fourth type combines the features of several other categories in one app and that is why the audience is growing and the expenditure item is increasing in direct proportion to it. As a rule, everybody benefits; for example, the users (workout control, nutrition control, trackers, personal opportunities – and all of that in one app) and the businessmen (flexibility in the monetization, possibility to implement paid features, increased audience owing to the versatility).

The fifth type is the trackers. 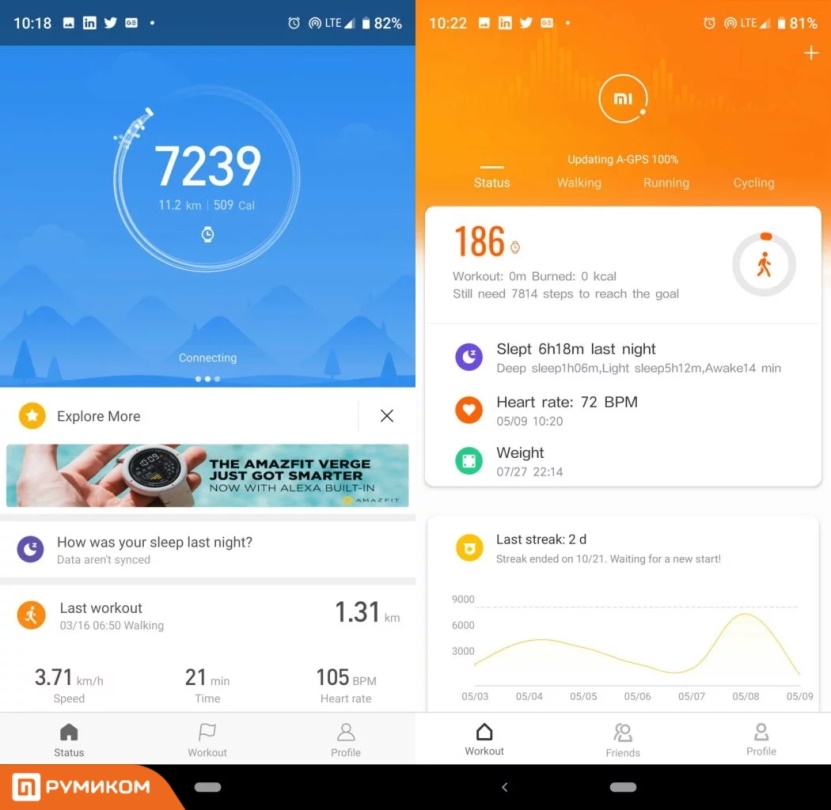 Such apps are the simplest and their task is to count calories, speed, time, distance, and other indicators. Most commonly, these programs use an accelerometer in a smartphone or connect to outside devices like fitness trackers.

The sixth and last type is wellness apps. 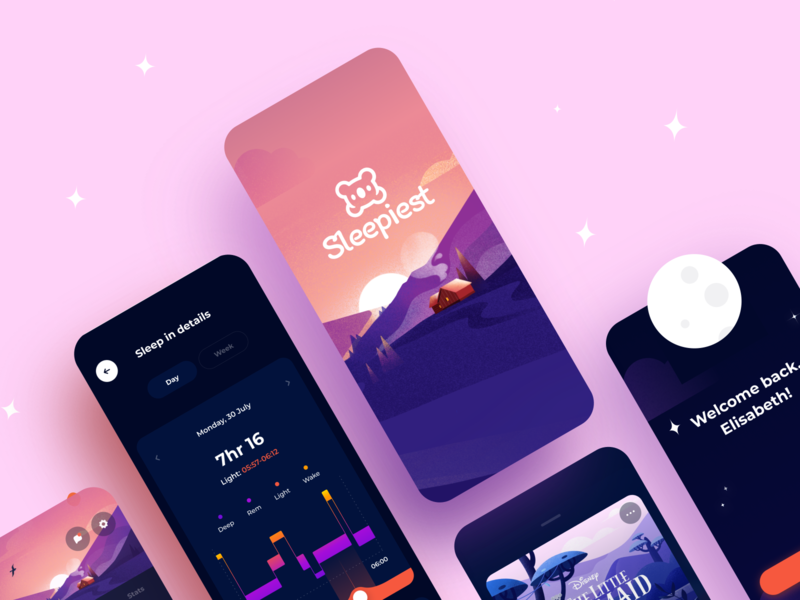 Atypical fitness activity in the form of meditation or yoga is duty-bound to have something like that in the current realities. Typically, there are audio and video content, motivators, and timers in such apps.


Specific examples of apps, problems, and solutions to them

You should indeed profit from the experience of existing successful apps when creating your own app bearing in mind that each project should have its own «thing» and consider all mistakes that distinguished developers have made if you want to stand out among the similar ones. In this chapter, we’ll reveal the three most popular trainer programs since the consideration of each type would take a lot of time. This is why we choose the safe route: the majority of fitness apps are precisely «the trainers», which automatically creates a huge base of know-how that their creators have obtained by trial and error providing their colleagues with an opportunity to overcome this period painlessly for their nerves and wallets. 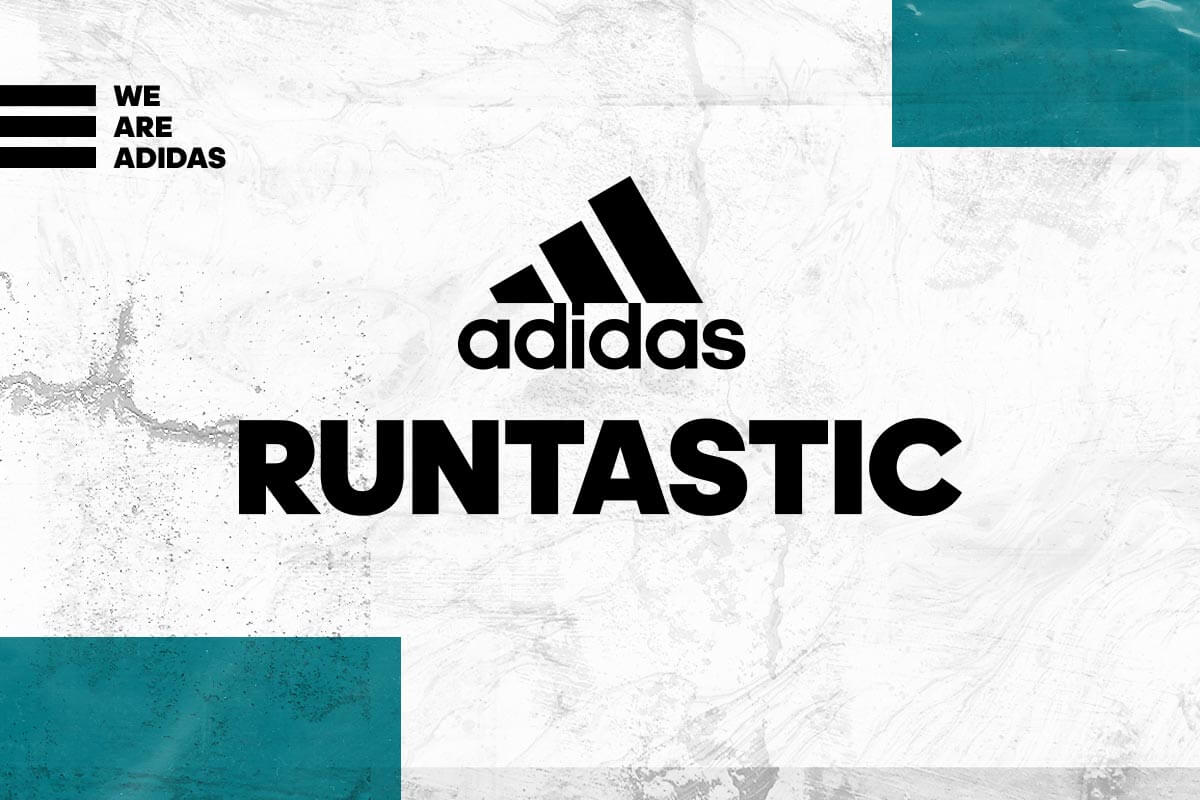 The first app that has become popular among the users deservedly is Runtastic. This «trainer» is focused on cardio workouts: walking, running, and cycling. A list of its capabilities is quite extensive: 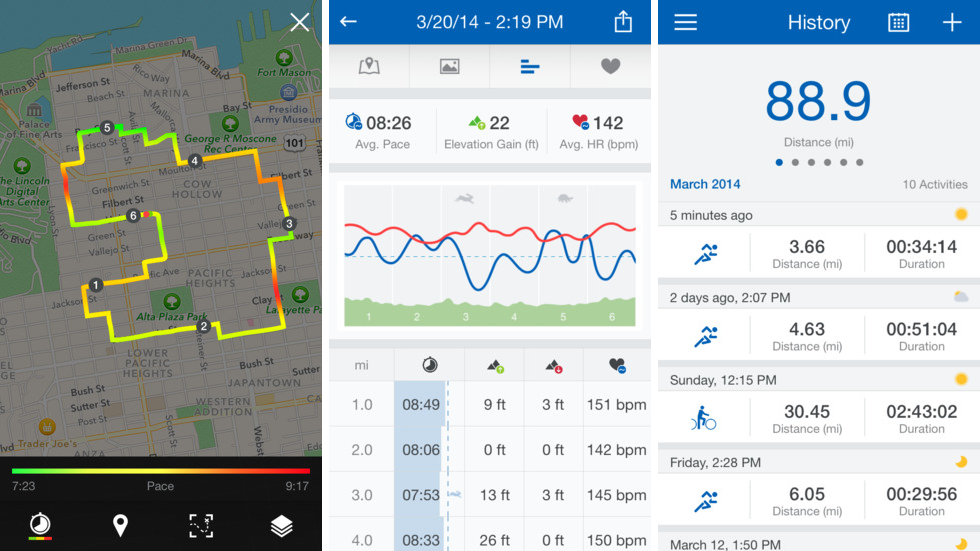 Nonetheless, with this abovementioned set of advantages, there is a range of very significant disadvantages. It’s worthy of single out the minimum features in the free version and pretty annoying advertising. It’s explained by the fact that creators have chosen effective, not to say clichéd, way to monetize their work, which cannot be called unfair because the advertising allows supporting the work of the free version of the app. Altruistic impulse is not in their nature so the free version doesn’t provide the broad functionality – only the basic things. That being said, this is an explanation in terms of reason, but subconsciously most users would react to these factors negatively and choose another app, where these factors will annoy much less. There’s no reason to offer a solution to this small and fairly common problem because it arises from the factors, which can’t be removed given the insufficient funding. If there will be funding, then it will be possible to add features to the free version and remove at least a part of the advertising.

There’s no Russian language in the voice mode. Probably, this shortcoming will be remedied later on, but as of now, it scares off the part of Russian-speaking audience, who prefer voice assistants, given the presence of Russian language in the interface. The problem solution: control over the presence of the language in both the interface and the voice assistant. Surely, it’s demanding in terms of efforts, the updating will weigh more; however, the clients won’t have cognitive dissonance when trying to understand why there’s no recognition of their native speech in the voice assistant.

The next two problems – lack of notifications in case of GPS communication failure and inaccuracies in calorie counting – are solved solely with the help of extra settings and calibration so there’s no point in singling them out. 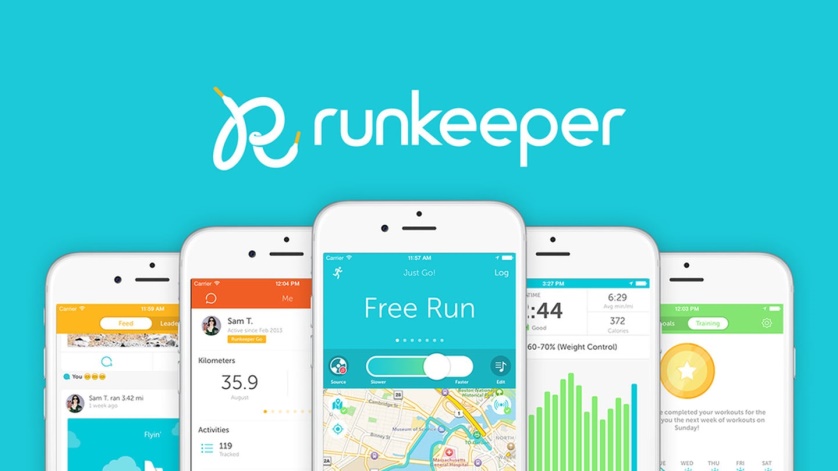 This app is intended for active workouts, communication with friends, gaining support, weight control, and motivation. Its incontestable advantages are the possibility to make plans, control one’s progress and achievements, and pretty flexible settings. However, the list of its advantages doesn’t end there and we should briefly touch each one of them apart from the ones that match the previous example: 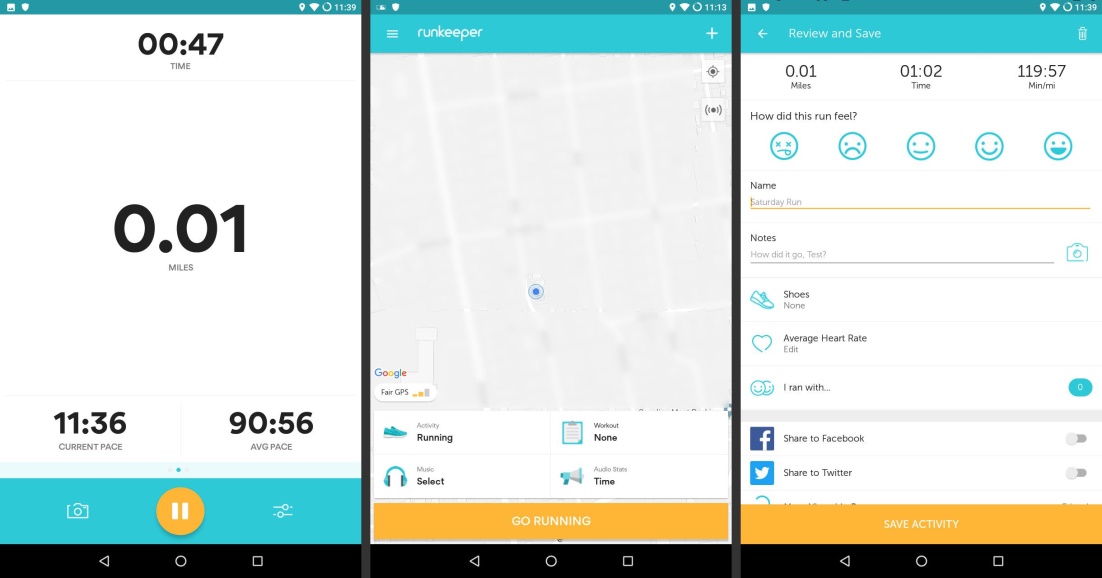 Meanwhile, there are some shortcomings as well, the emergence of which is caused by the problems that have arisen in the previous app.

To start with, there’s no background pedometer, which means that the user will have to constantly stop the workout to exit the background mode or risk being out of breath. The problem solution: if there is a possibility to add a background version of the app, then you should do it because such a convenient addition is always well received by the audience.

The app also drains the battery very much resulting in that long-term workouts are possible only if you have a charger or a power bank. The problem solution: there are several ways. The first one is related to the soft – special apps are installed, which prolong the device operation and cool the battery. But this won’t solve the problem – it will only alleviate it a little bit. The second one is an optimization of the features by the developer, but you cannot forget that this is a quite demanding arrangement, which will require time and resource investment. The third one is a workout rescheduling considering similar circumstances. In this case, it’s important to remember that the problem acceptance is not synonymous with its solution.

The last but not the least, a lack of possibility to connect the app to a fitness band or a heart rate monitor. At present, the popularity of these gadgets hits record numbers and the integration with them is a must when building an application. 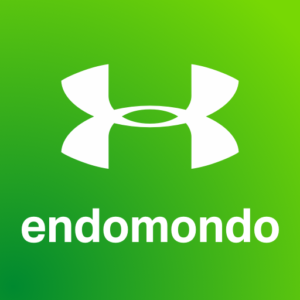 Aside from the advantages of the apps listed above, Endomondo has its own significant advantages:

Messenger features are well accepted by social network users as well as the other advantages, but the monetization way is implemented not less excitingly. Aside from the advertising challenges that make it possible to get the prize, which many users are bribed with, the app by default installs a 30-day premium version with unlimited access to all main features during this time. After the user tried the paid version, he can decide with certainty which option is preferable: the paid one with the full functionality or the free one with the reduced functionality. 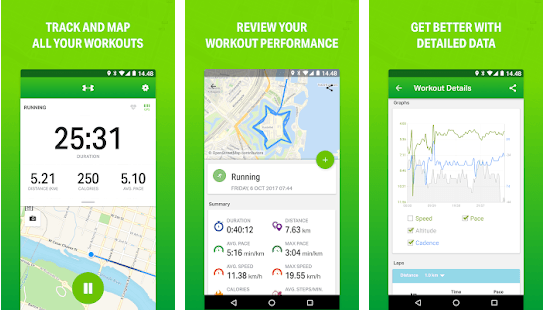 We must draw attention to the app shortcomings, but there’s no need to review them in detail since they had previously been considered: quick battery discharge, no background pedometer, no notifications in case of GPS problems, many important features are available only in the paid version.

It’s time to shift towards a very important and at the same time a quite problematic issue – how much does it cost to make an app like those listed in the examples? The easiest way to do these calculations on the basis of the estimation of time that a specialist’s work will take. You need to consider only hours of so-called «actual» work and the total number of these hours. A smart move would be marking these numbers at each stage: Overall, the average time of making an app will be about 292 hours of «actual» time. If we take $40 as an average cost of an hour’s work of a professional development company, then the approximate app development cost will be more than $11.5 thous. It seems like a considerable sum for an initial investment; however, accompanied by high-quality work alignment and the following support, the site will start generating sizeable profits shortly after the launch and it will pay off quite quickly when it gains traction among the target audience.

Good luck with creating your own fitness app!

Merehead does professional development of Fitness App. If you have questions, contact us for a free consultation.