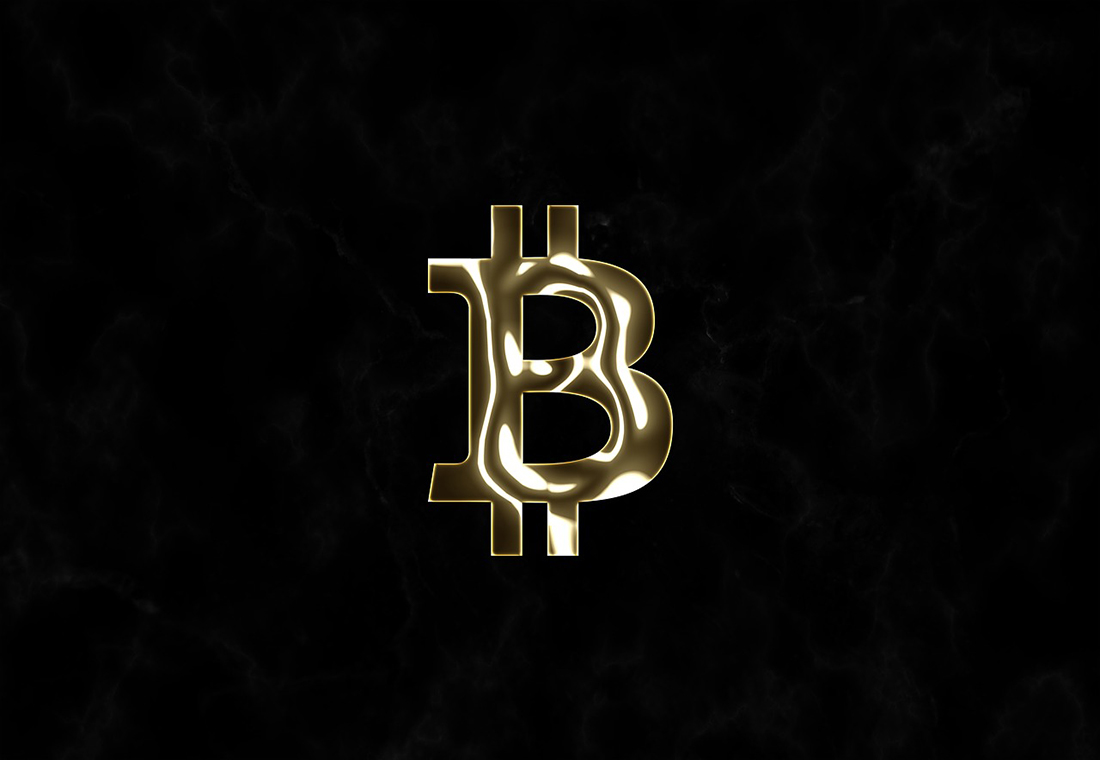 Write to Yuri
Merehead / Blog / Blockchain / Blockchain Enterprise: 10 Use Cases
Are there any questions?
Yuri Musienko
Write to the expert

According to Forbes, almost all large companies with revenues of more than one billion dollars a year have already integrated the blockchain technology into their business or plan to do it as soon as possible. And there is nothing strange: any business, regardless of size, scope of activity or location, receives a lot of competitive advantages from a new technology:

# 1. Microsoft: Legal identification of the person 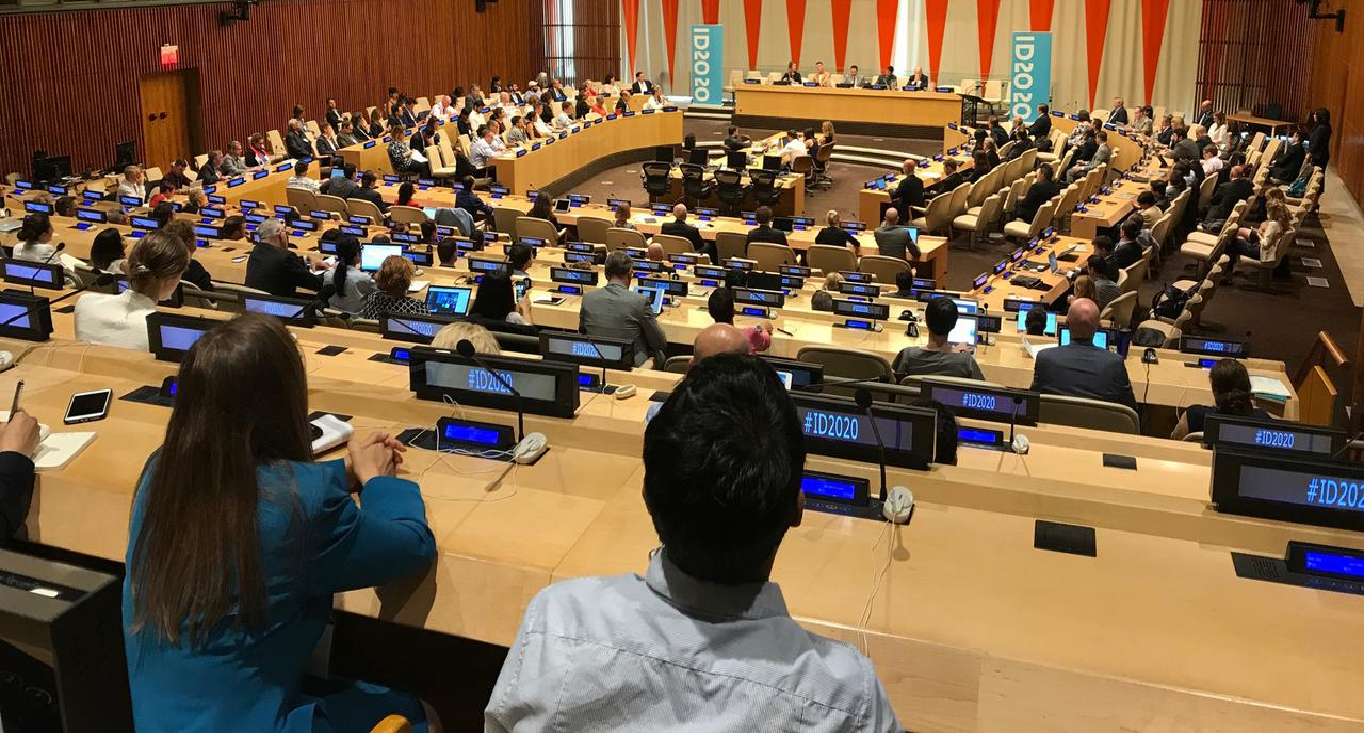 Discussion of the public-private consortium ID2020 at the United Nations headquarters. New York, United States, June 19, 2017
Member organizations: Microsoft and Accenture PLC with UN support. Project status: The project of the blockchain network was demonstrated in July 2017 at the UN headquarters. The final product should be ready in 2020. Sources: Reuters.

Microsoft, together with consulting firm Accenture PLC, is developing a blockchain platform for providing personal identification services. The network project was demonstrated in July 2017 at the UN headquarters in New York during the second ID2020 Summit promoting the UN Sustainable Development Goals for the period up to 2030 to ensure the legal identity of all people on the planet.

The development takes place under the aegis of the UN, since it aims to help undocumented people (refugees, victims of disasters, wars, repression) to access basic education and health services. It is assumed that there are more than a billion such people all over the world. These are mainly people from Africa and Latin America.

To do this, Microsoft and Accenture are developing a blockchain-based database that will allow several parties to have temporary or permanent access to people's identity data. Verification of compliance of a specific person with documents in the database will be carried out using biometric data (fingerprints, iris, fase-id). 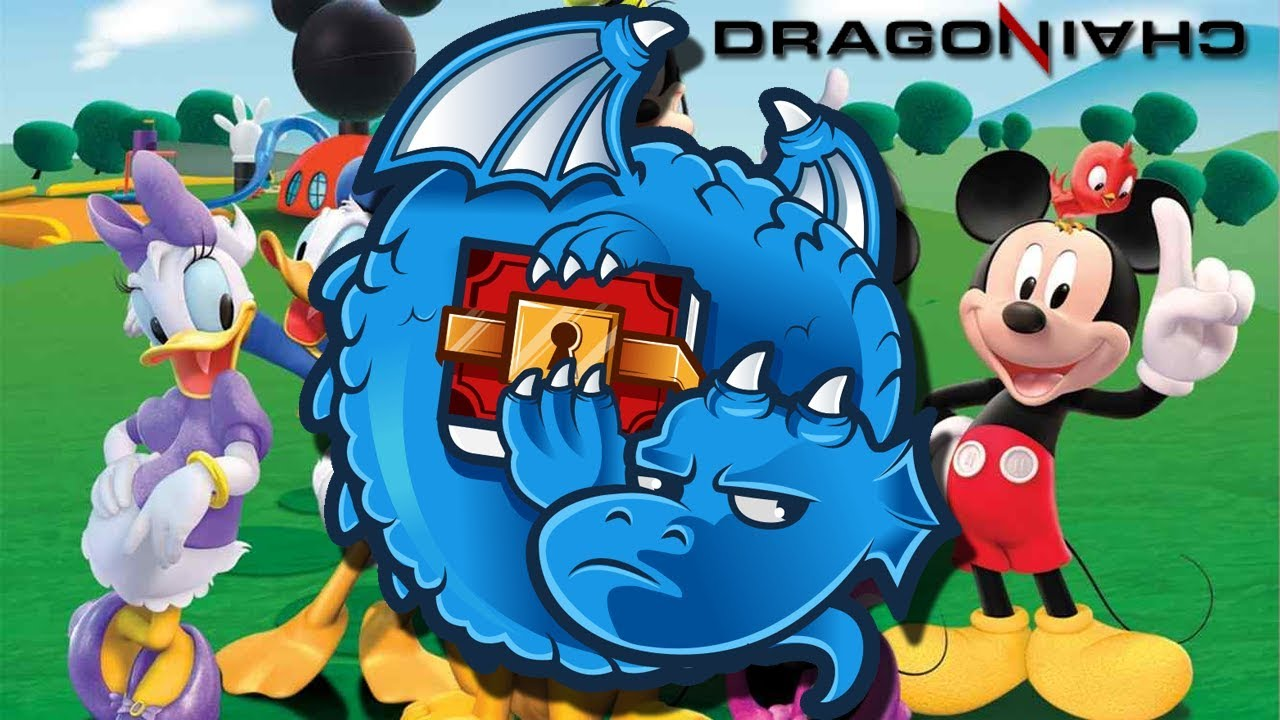 Walt Disney started developing its own blockchain back in 2014. The project was named Dragonchain, and it was assumed that this would be a corporate solution for inventory management. With it, the multimedia giant planned to digitize all its assets and relationships with partners and customers. That is, all the property - from Disneyland to Mickey Mouse.

However, in 2016, something went wrong and the company decided to abandon the project by opening its source code for general use. Shortly thereafter, the project developers left Walt Disney and founded the non-profit organization Dragonchain Foundation, which is developing the protocol. In other words, Walt Disney created a blockchain and let it float freely - an atypical but quite viable use case. 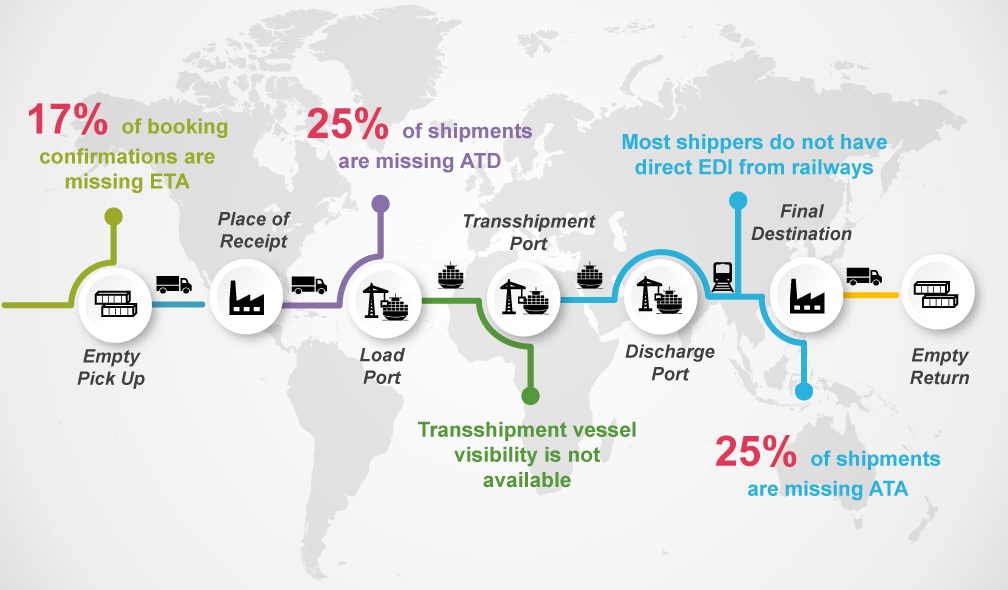 The Global Shipping Business Network (GSBN) is a consortium of nine leading sea carriers and terminal operators, established on November 6, 2018. The consortium participants intend to jointly develop a blockchain platform and set standards to facilitate the smooth exchange of documents and data at all stages of the delivery life cycle. The pilot project was launched in December 2018. 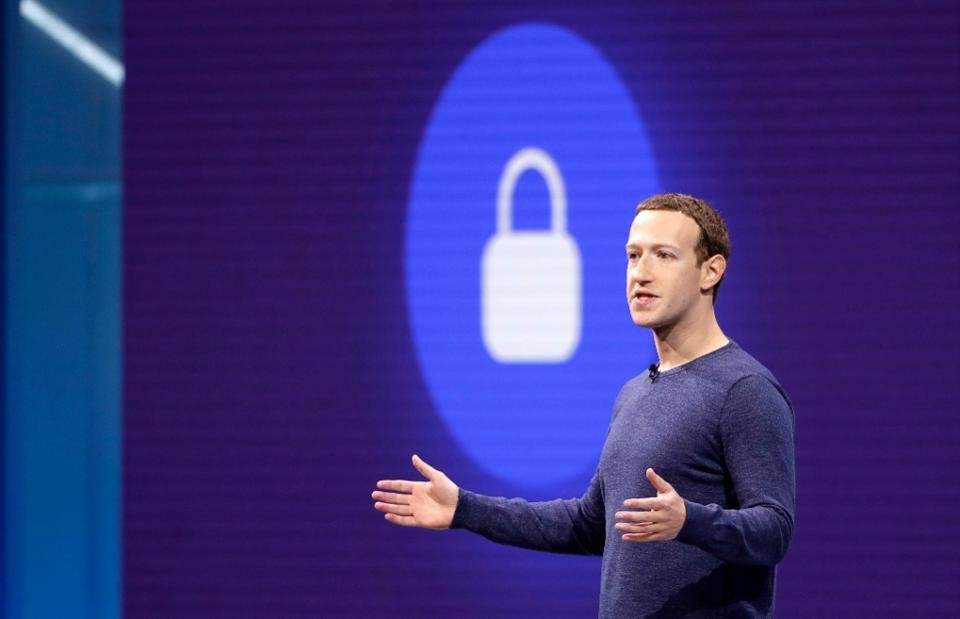 Mark Zuckerberg delivers a keynote speech at the Facebook developer conference in San Jose
Member organizations: Facebook, Inc. Project status: Facebook uses the blockchain to run cryptocurrency and data identification systems. Both projects are under development. Pilot projects will be demonstrated at the end of the summer of 2019. Sources: Forbes.com.

In February 2019, Mark Zuckerberg, in an interview with Harvard University Law School Professor Jonathan Zittrain, said that Facebook was “potentially interested” in developing a blockchain solution for identifying users via Facebook Connect. At the same time, the system should work in such a way that users can choose which applications and organizations provide their own identification and personal data.

It is also known that Facebook plans to launch its own cryptocurrency, which is likely to be integrated with WhatsApp. The development of FBCoin (the unofficial name of the Facebook coin) is led by David Markus, who previously held the post of president of PayPal.

# 5. Nasdaq: Tokenization of the securities market

The history of the blockchain Nasdaq development
Member organizations: Nasdaq, SIX Swiss, SEB, Symbiont and other. Project status: There is a global idea on tokenization of the entire securities market. Three projects have been implemented so far: LINQ, Tallinn and the solution for Swedish mutual funds. Sources: Hackernoon.com.

In 2015, Nasdaq introduced the LINQ platform, through which private companies can search for private investors by issuing and selling securities and other assets that give joint ownership. The first LINQ users were ChangeTip, Synack, Chain.com, PeerNova, Synack, Vera and Tango.

In the same year, the Nasdaq created an application for its Estonian unit that will allow members to vote and appoint proxies. The project was named Tallinn. With it, participants in business processes can reduce management costs by making online voting easier and more reliable.

In 2017, Nasdaq, together with SEB, conducted tests of blockchain solutions for tokenization of securities, developed for Swedish mutual funds. The solution was developed with the technical partnership of Symbiont. 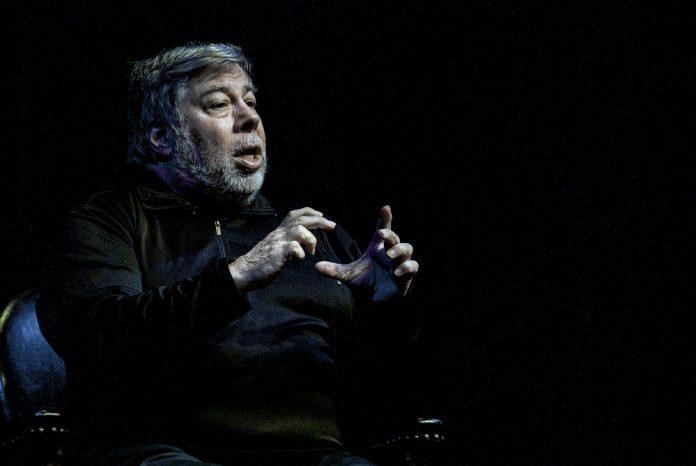 In 2017, Apple filed a patent for the use of blockchain technology in a program that will create and verify timestamps. According to the description, this program can be used to certify digital signatures and fight hackers.


# 7. Siemens: Tokenization of the electricity market 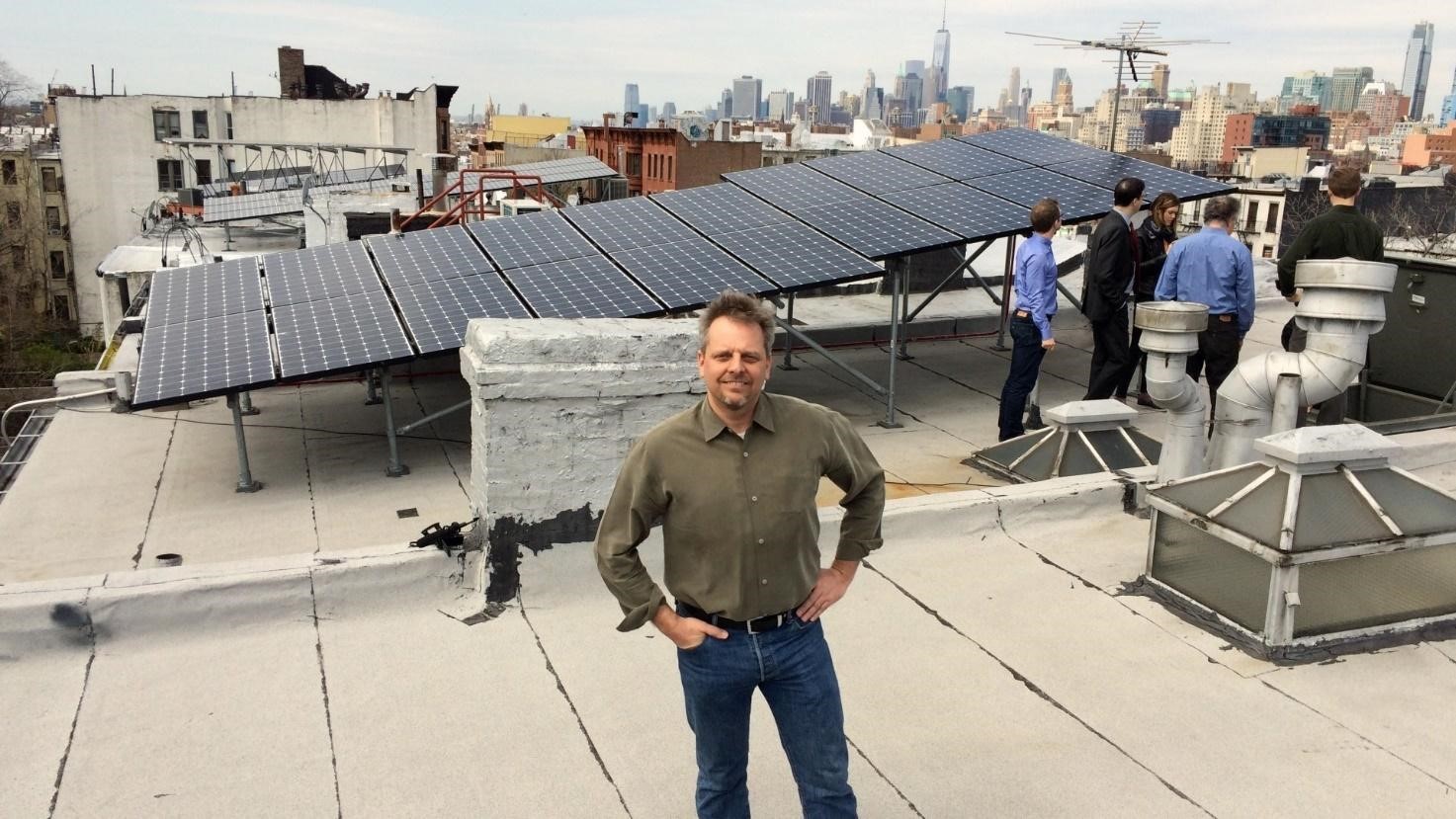 Lawrence Orsini, founder and CEO of LO3 Energy, on the roof of his own house in Brooklyn. Against the background of solar panels connected to the Brooklyn Microgrid

Member organizations: LO3 Energy, Siemens, Digital Grid and 47 more companies.
Project status: At the development stage. In 2019, a “simulation” electricity market will be launched. Access to network testing is free for all Brooklyn residents. More than 400 households are already participating in the project.
Sources: Brooklyn.energy.

The Brooklyn start-up LO3 Energy, with a technical partnership with Siemens, developed a system of electrical microgrids, the participants of which will be able to sell excess electricity to their neighbors. You can get energy for sale as you please, but the focus is on solar electricity. The platform is called Brooklyn Microgrid.

The system uses TAG-e G2 computing devices to connect to an intelligent electricity meter and transfer data on electricity consumption or generation to the blockchain platform. That is, if you connect a solar panel and it produces more electricity than you currently consume, it will be sold to neighbors. The blockchain platform is responsible for handling these processes and financial calculations. 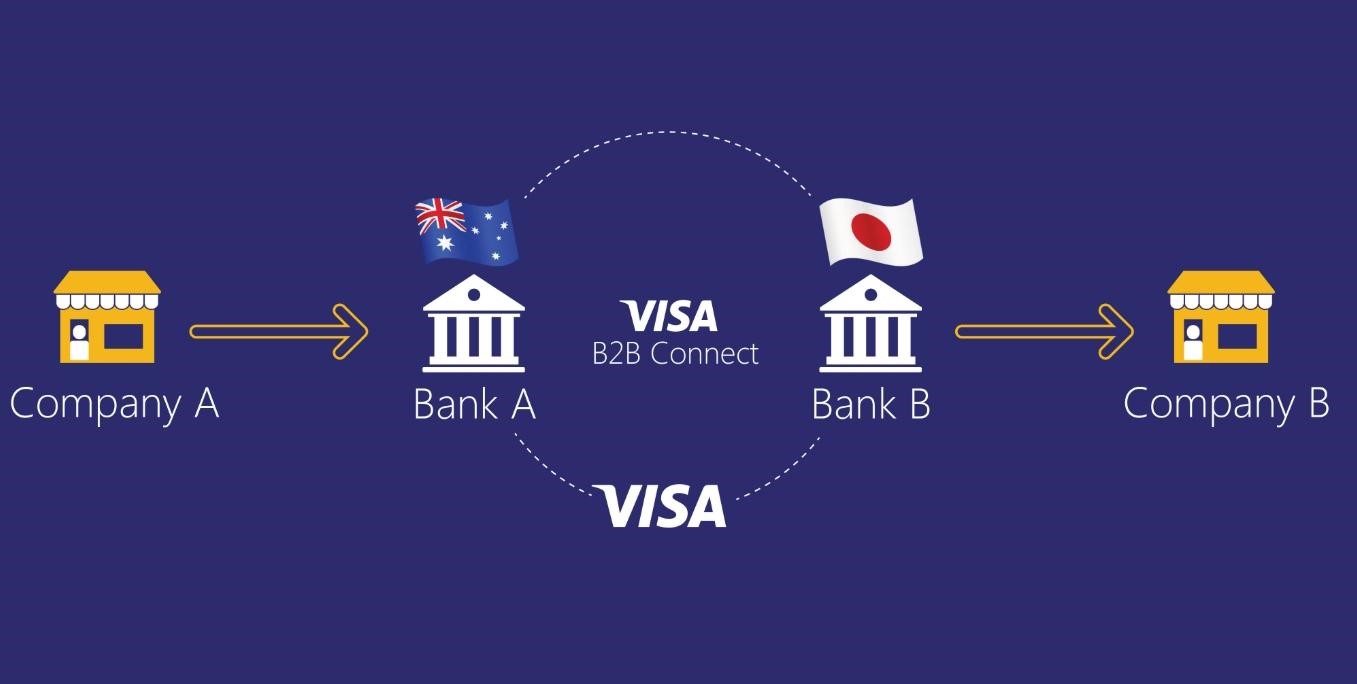 In 2016, Visa announced the start of work on a system for corporate cross-border transfers, which was called B2B Connect. With this solution, banks and other financial institutions will be able to digitally identify counterparties and process payment transactions in three steps. It's easier, cheaper and faster than ordinary banking transactions. 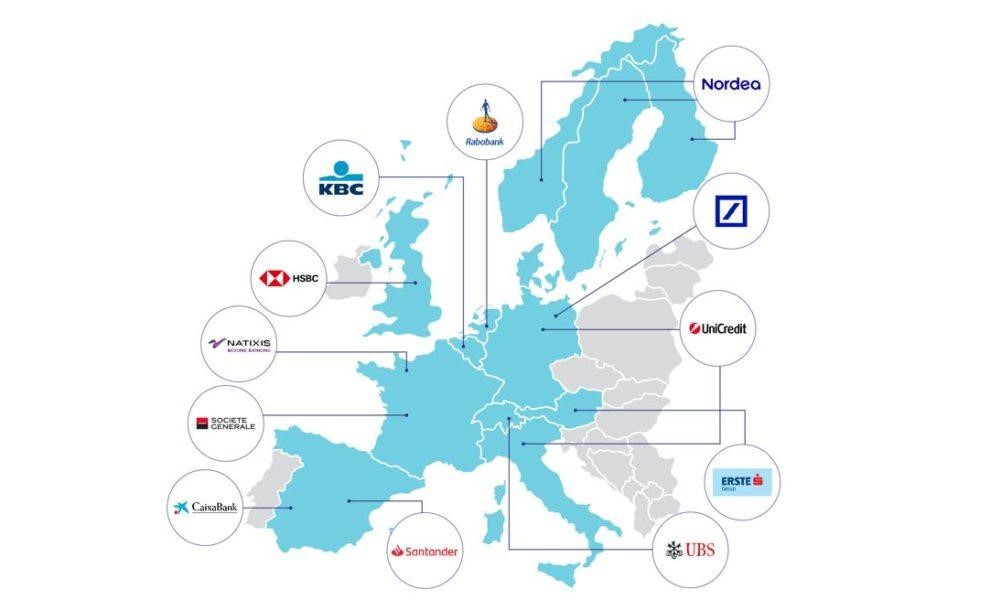 In January 2017, a group of seven large European banks, jointly with IBM, established Digital Trade Chain, a venture capital firm, to work on the We.Trade project. The solution based on blockchain technology, focused on small and medium businesses, should connect the parties involved in the trade transaction: sellers, buyers, carriers and banks.

In the summer of 2018, Digital Trade Chain announced the start of network testing and the first successful cross-border operation. In early 2019, the official launch of the project. This product is now available for commercial use in 11 European countries.

The Chinese search giant has developed the Totem platform based on its own blockchain, XuperChain. The goal of the project is to protect intellectual property rights. In fact, it is a patent office on the blockchain, but without special legal status. The system simply checks the digital content for originality and assigns a creation timestamp to it (the time when the photo, audio or video was uploaded to the system).

In addition, the company launched the Baidu Blockchain Engine (BBE) open platform. This is a kind of operating system that allows you to create decentralized blockchain applications just like mobile ones, in order to overcome the bottlenecks in the storage of information and computing resources.

Merehead does professional development of blockchain enterprise cases. If you have questions, contact us for a free consultation.