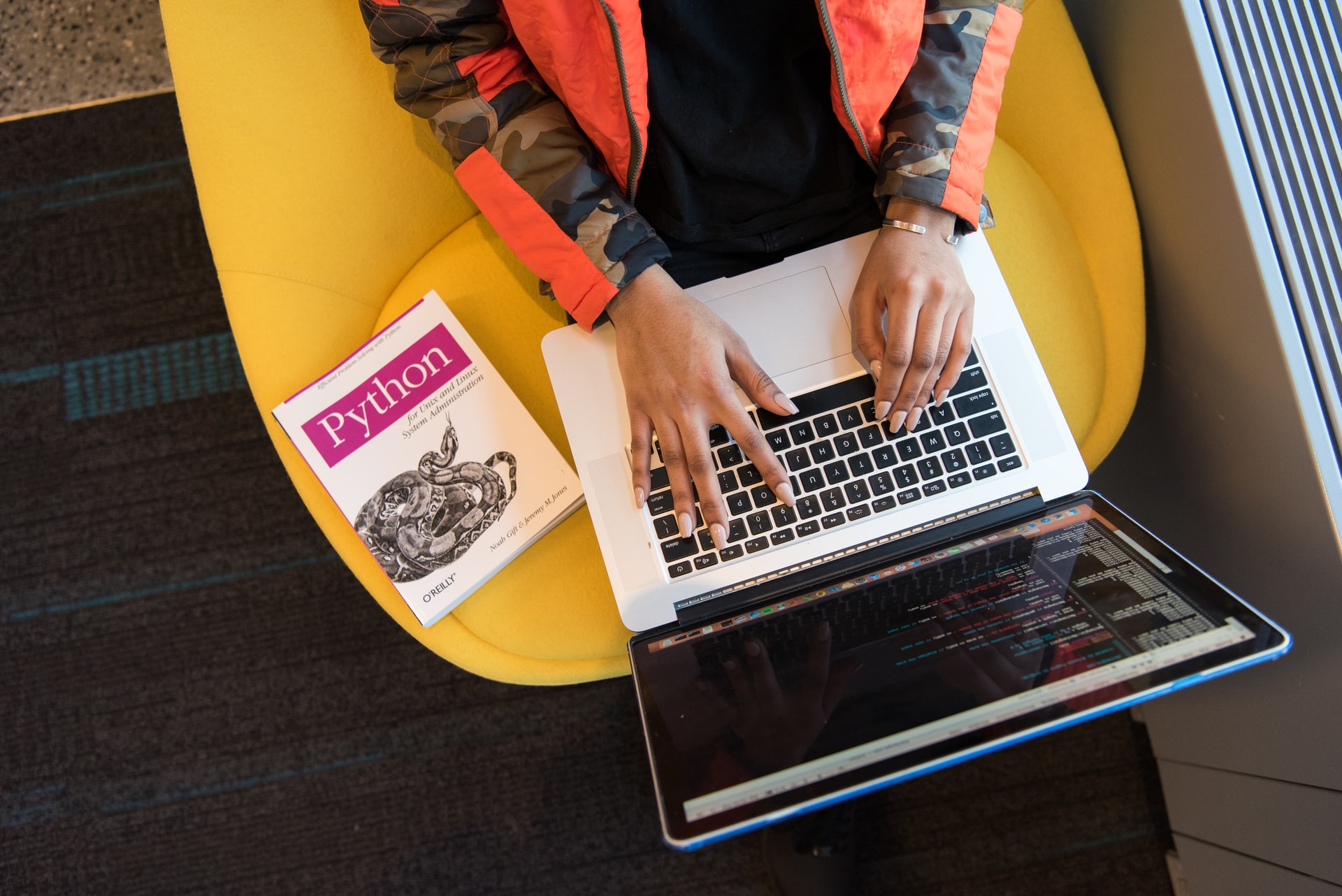 Best Python Libraries You Should Know in 2022

Write to Yuri
Merehead / Blog / Trends / Best Python Libraries You Should Know in 2022
Subscribe to our newsletter
You are the rock.
Thank you!

Python is considered to be one of the most in-demand programming languages around the world. Almost every specialist in this field of activity knows it. The popularity of the language is fully explainable by its versatility and the colossal number of libraries that keep growing. In this article, we will try to take a closer look at the best python libraries.

First and foremost, Python is a common programming language widely used for web development, machine learning, artificial intelligence, scientific computing, and more. Before proceeding to the best libraries of this language, we will briefly describe its main advantages, thanks to which Python has become so popular among programmers.

This programming language focuses on the readability of code using English keywords. It is used on such well-known resources as Reddit, NASA, PBS. The language gained its popularity largely due to its simplicity. It is this quality that drives developers to constantly create new libraries.

Now we will analyze python best libraries, their functional features and use.

It is an open source neural network library written in Python. It is ideal for people wishing to develop in the creation of neural networks. Keras has an effective network data validation policy.

The features of the library include:

It is Keras that is considered one of the most powerful neural network libraries that can work on many platforms. Using it, it is also possible to create deep models for mobile devices on Android, iOS.

Keras is used by such global companies like Netflix, Uber and Zocdoc. In addition, it is well known among NASA and CERN organizations.

This library is widely used for machine learning. That is why it is also used by other libraries (Tensor Flow). The most useful option provided by this tool is the array interface.

Now let's take a look at the most useful Numpy options, including:

As far as directly using the library, Numpy can be useful for transferring sound waves, images, and binary streams. Full stack developers must know it to perform machine learning operations, as a rule, it is added to simplify the task.

Another open source library used more for machine learning. Tensor Flow is easy to learn and it has several useful toolboxes. However, this library is not limited to machine learning, it is used for differentiable programming.

Tensor Flow has all the solutions for debugging, launching and other tasks, problems related to machine learning.

This library is popular among engineers, developers due to the fact that there are various modules here. These are: statistics, linear algebra and optimization.

Below are some interesting features of SciPy:

SciPy can be used to solve various differential equations and linear algebra.

Direct competitor to Tensor Flow, developed and released in 2017 by the Facebook artificial intelligence research group. It is capable of performing complex mathematical operations related to tensors and dynamic graph control.

As mentioned above, PyTorch is a direct rival to Tensor Flow, which means it can successfully act as an alternative to the latter. It is popular with specialists because it can be exploited to process natural language applications (NLP). In this area, PyTorch has achieved much better performance than the previously mentioned competitor.

Gradient Boosting is one of the best known machine learning libraries to help developers create new algorithms. There are special libraries that make it possible to quickly and efficiently implement this method, one of which is LightGBM.

The features of the library include:

A machine learning library called Eli5 was created to eliminate inaccurate results from different prediction models. It is engaged in tracking algorithms, contributes to the debugging of training models using a variety of visualizations.

Eli5 is used for mathematical operations in order to reduce the time of the latter. It is also used for legacy applications and various Python-dependent packages.

It is a machine learning library representing high-level data structures and a wide range of analysis tools. A distinctive feature of Pandas is the ability to transfer the most complex operations with information using just one or two commands. This library contains many ways to combine data, group and filter it.

Features of Pandas include:

Pandas provides a lot of flexibility and functionality when used with other libraries. In addition, users can use it in various operations, data sorting applications, etc.

Seaborn uses other libraries (NumPy, Pandas) and is used for data visualization. It contains graph plotting options based on datasets.

The features and benefits of Seaborn include:

Seaborn is in demand among regression models. It is effective for creating a variety of Matplotlib-style themes and for plotting time series statistic data. It is also used to visualize uni- and bivariate data.

Using this library, it is possible to create various graphics at the same time (including two-dimensional). It is also used for operations with figures. Engineers and developers often use Matplotlib to work and edit quality drawings. The teaching of this library is quite simple and straightforward, which adds it popularity.

If the user needs help, there is a huge community dedicated to this library. There you can get comprehensive information and learning Matplotlib.

The use of this library is quite extensive. These are object-oriented APIs for embedded charting in a variety of applications. Also Matplotlib introduces the pylab procedural interface, supports different toolsets (Excel and natgrid, cartography).

The PIL or Python Image Library section was first available with the Python Image structure and codes. However, after several years of research, a more convenient, optimal coding method was developed. It is said in the Python community that Pillow is nothing more than a modern take on PIL. Overall, it is a very user-friendly and reliable image processing platform.

Let's take a look at the most interesting features of Pillow:

It is possible to use Pillow to find out information about an image. It handles blurry pictures efficiently. The library is operated for batch processing and image archiving applications.

This is not only another Python library, but also a computer ad compiler that supports a lot of mathematical operations - analysis, optimization, etc. In addition, Theano provides support for optimal exploitation of multidimensional arrays.

This library is in demand for use in deep learning of a neural network. It can also be used for software development.

This library is considered one of the best for working with complex data. It integrates with NumPy and SciPy. Scikit-Learn is frequently modified and improved. One of such optimizations is cross-validation option that allows you to apply more than one metric.

Here the users are given a very useful special tools package. It is really possible to access the graphics using HTML and javascript. We can say that Bokeh is reliable for a variety of dashboards and web applications.

Some useful features of the library include:

This library supports the Bokeh server. It can be used to transform a large amount of information. Different graphs can be updated with automatic streaming.

Popular Python library for computer face recognition, image processing. It regulates all kinds of options related to instant computer vision. It is believed that due to the lack of documentation, OpenCV is difficult to learn. However, due to the fact that it comes with most of the pre-written built-in options, it is quite possible to learn how to process images.

OpenCV is used for computer vision and machine learning algorithms. It is in demand for object detection and camera movement monitoring. This library is successfully used by such global companies as Microsoft, Google, Intel, etc.

Open source library with the ability to generate command line interfaces (CLI). This is an effective tool that allows you to extract the CLI from any object of the programming language. Mostly used by Google.

Fire is a simple and reliable tool that allows the user to write and send commands at any time.

Simple and practical date and time library. Its smart API supports tons of schemes. Users with basic programming knowledge can quickly learn how to use Arrow.

Optimized tool for high efficiency, flexibility and portability. This is where machine learning algorithms are implemented as part of Gradient Boosting. XGBoost provides parallel tree amplification, solving a lot of data science problems with fast and accurate methods.

A large HTTP library focused on making this protocol more efficient and user-friendly. It will be useful for beginners, with the help of Request it is possible to perform a lot of tasks - setting and checking codes, authorization, etc.

The features of Request include:

Python is a useful and productive programming language that is constantly growing and evolving. Its libraries play one of the most important roles in the work and advancement of programmers. They are widely used in data science, machine learning and more. Fortunately, over the years, developers have created a great variety of libraries for Python. We hope this article will help the user navigate the variety of tools and choose the ones that are worth focusing on.

Best Python Libraries You Should Know in 2022 key takeaways:

Merehead does professional development of python libraries 2022. If you have questions, contact us for a free consultation.