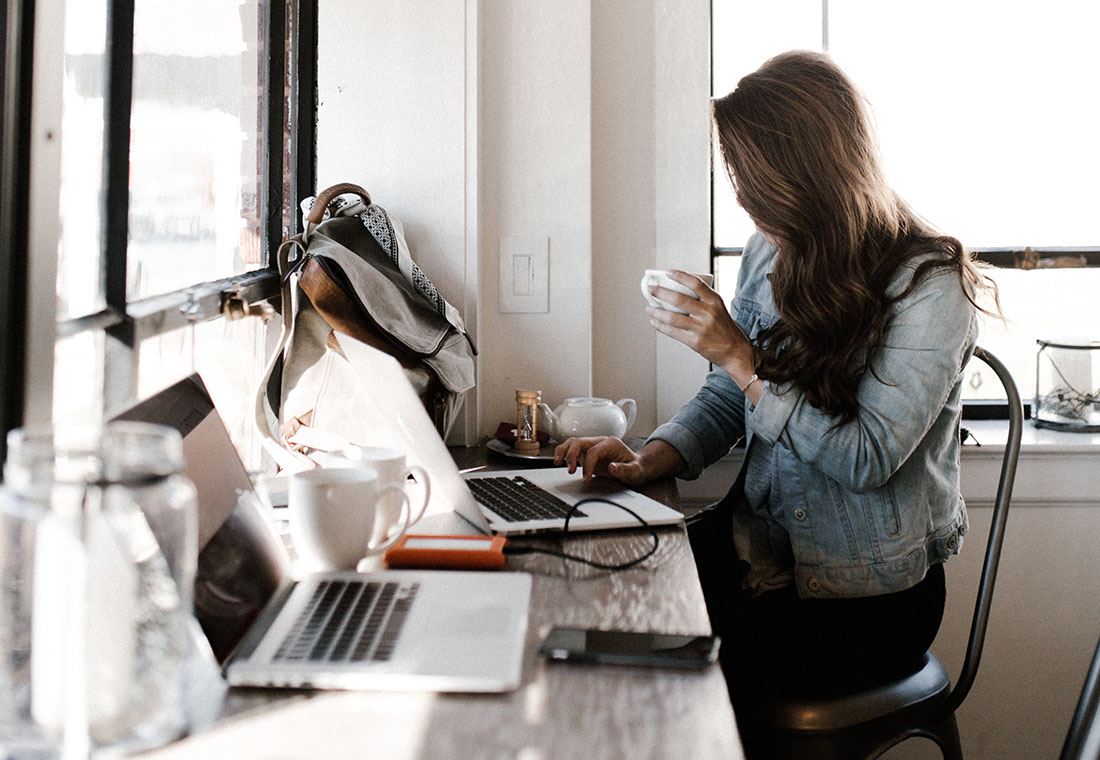 How Much Does It Cost to Start a Crowdfunding Website

Write to Yuri
Merehead / Blog / Development / How Much Does It Cost to Start a Crowdfunding Website
Are there any questions?
Yuri Musienko
Write to the author

Crowdfunding venues such as Kickstarter, Patreon or Indiegogo are very popular among users, because thanks to them you can quite simply find investors for your project or, conversely, support the launch of your favorite product, film, music album, video game, etc. The creators of such sites also receive their benefits, usually in the form of a small commission from each crowdfunding campaign or advertising, which makes these sites an excellent investment target.

Next, we will examine in detail the five main factors that most affect the cost of developing a crowdfunding site: a niche, a fundraising model, design and functionality, marketing and development approach. But, before moving on to these factors, decide on the following things:

Describing how much it costs to create a crowdfunding site, we will focus on the most popular option: you want to create a new site for making money (with monetization). 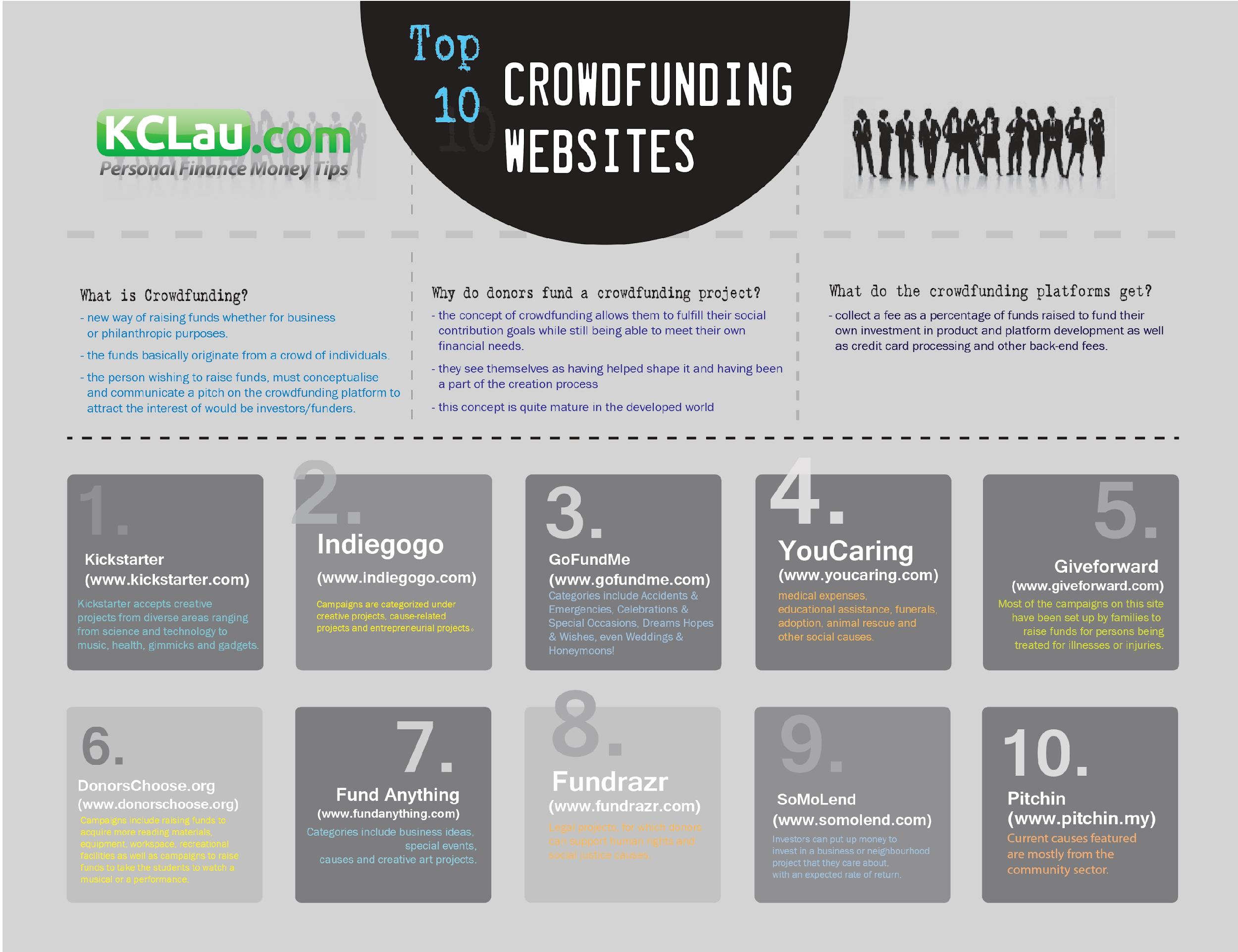 Top 10 crowdfunding platforms and their specialization. Source of the image
Choosing a niche is important, because the higher the competition in the selected niche, the more money you need to invest in creating and promoting a crowdfunding site. If you want to compete with Kickstarter, Indiegogo, GoFundMe, Patreon and other market leaders, then you need a platform that will surpass these projects.

This means that you need to create a unique platform with functionality and design that will distinguish your project from direct competitors. Therefore, you need to either make the best crowdfunding site, or come up with some kind of chip that will attract attention and be useful to users. It could be a new financing model, technology, or something else. And, of course, the creation of such a project will cost several tens of thousands of dollars.

It is much simpler and more correct to go the other way: choose a niche with minimal competition and start with it, and then gradually expand your reach. That is how almost all major crowdfunding platforms started: Kickstarter - small P2P projects, Patreon - support for YouTube channels, Indiegogo - film industry. Now these niches (industry + country) are occupied, but you can bet on:

If we talk about the cost of launching a crowdfunding site in the context of choosing a niche, then in the case of projects for a market with high competition, it is from 50 thousand to 200 thousand dollars (+ marketing). If this is a market with low competition, then you can use SaaS, white label and WordPress solutions, therefore the budget of such a project will vary from 500 to 5,000 dollars or from 20 to 200 dollars a month in case of SaaS solutions with a subscription.

Basic crowdfunding model. Source of the image
The choice of crowdfunding model(s) also significantly affects the cost of creating a site, since their implementation requires the development of appropriate interfaces and functionality. So, the most traditional and simplest model of fundraising implies that your site will have a description of the project, bank account number or crypto account. To create such a site you need no more than $ 1000 (or less), if you do not bother with the design and editor.

If you need a more complex model, for example, when investors participate in the project in exchange for a share in the capital, then we need a system that will collect money, calculate the share of each investor and issue a “digital” certificate of ownership. Now this is done with the help of blockchain, smart contracts and property tokens. The launch of such a site is much more expensive - from 10 thousand dollars + expenses for licenses and other permissions (10-100 thousand dollars depending on jurisdiction).

Here are descriptions of the most popular crowdfunding models:

The next factor affecting the cost of launching a crowdfunding site is the design and functionality of the platform. For markets with low competition, in most cases, a simple but unique design and basic functions are enough, which costs relatively inexpensively - 3-10 thousand dollars. If you plan to compete with Kickstarter, Patreon, AngelList, GoFundMe, Indiegogo or Lending Club, then expenses will be measured in tens, or even hundreds of thousands of dollars.

The following 7 functions are included in the basic functionality of a crowdfunding site:

Registration and Login Form. If your site does not just publish bank account numbers to which inverters can transfer money, then the login and registration form should be both simple and complete enough for your site to comply with KYC / AML rules. This is important, because now there is a trend towards constant tightening of the rules of supervision by regulators. 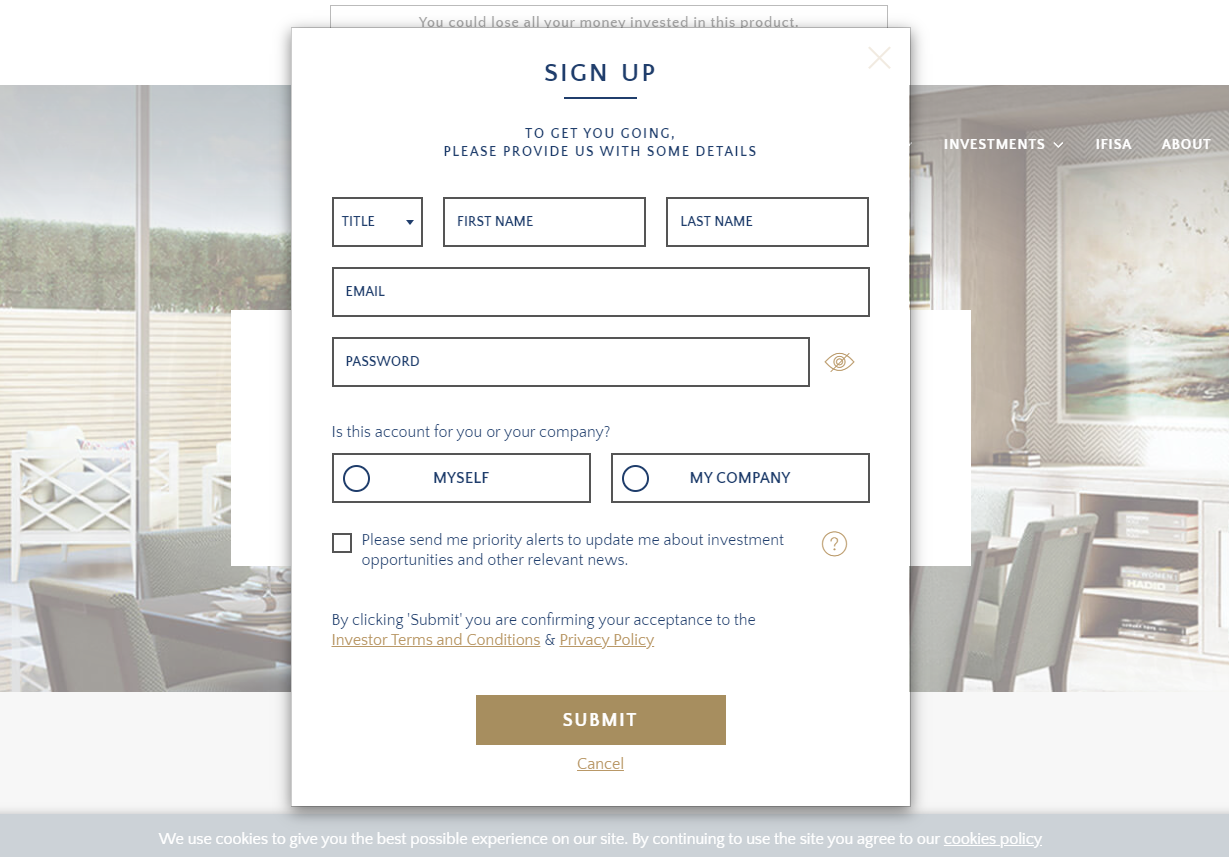 The CapitalRise Registration Form is a great example of simple, clean design

Powerful account management. Account and content management should also be simple and clear, so that users immediately understand what and how to do, what results it will lead to. In addition, investors also need the ability to track their activity on your site. To do this, you need records of all transactions, reports, charts with information about investments. 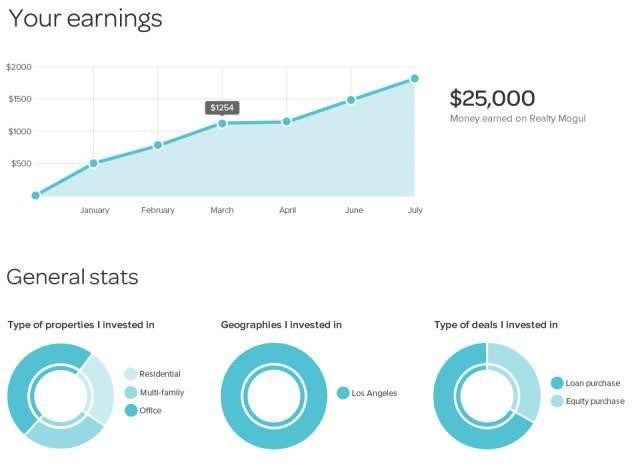 The initiator of crowdfunding campaigns, in turn, needs functions to launch and change them. What specific tools are needed in your case depends on the fundraising model. So, if this is a loan-based model, you need a system of collecting money and calculating (paying) debt and interest rate. If this is a system of rewards, then we need a system with automatic comparison of the volume of investments with certain levels, the achievement of which gives the right to a particular award.

Monetization and project management. As the owner of the site, you should have the ability to manage the web platform, user profiles, categories, projects, content, the monetization system and the KYC / AML verification procedures, and you also need a powerful system for monitoring the status of all this in real time. Statistics and reports are also required.

Payment and Withdraw Functions. Most often are used PayPal and Stripe solutions, since these systems are familiar to everyone. But, you can also use LemonWay, Reyker or GCEN payment gateways, as these solutions are designed with focus on crowdfunding and investment processes and operations. At the same time, do not forget about local payment systems and cryptocurrency. However, in the case of cryptocurrencies, be careful, as not all countries allow them.

Comparison of popular payment gateways. Source of the image

Security & Support. In addition to protecting the site and users' personal data, you also need to somehow solve the problem with scammers, who are a lot in the crowdfunding market. For this, KYC / AML procedures are needed, but they may not be enough, so sites often manually check all campaigns before publishing them. It will also help to avoid problems with ethics and trolling, for example, if someone decides to collect money for the re-release of Mein Kampf.

Responsive Design and Application. Another mandatory feature without which a crowdfunding site will not be successful, as modern users use several different devices to access the Internet. And these are not only phones, tablets and computers, but also smart TVs, game consoles, VR devices and even smart refrigerators and microwaves. 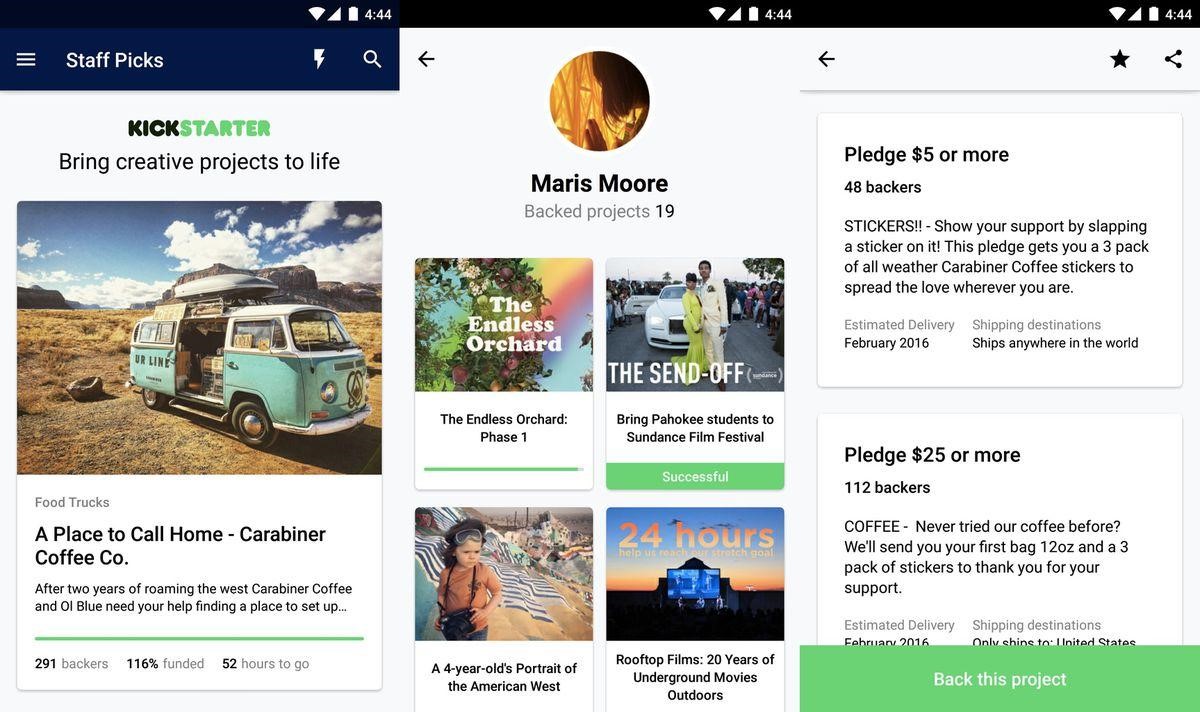 Kickstarter mobile app screenshot
At the same time, it is important not only to implement responsive design on your site, but also to develop a mobile application, since 80% of users prefer to use web services with their help, and not through a browser. The cost of creating such an application varies in the range from 3 to 50 thousand dollars. 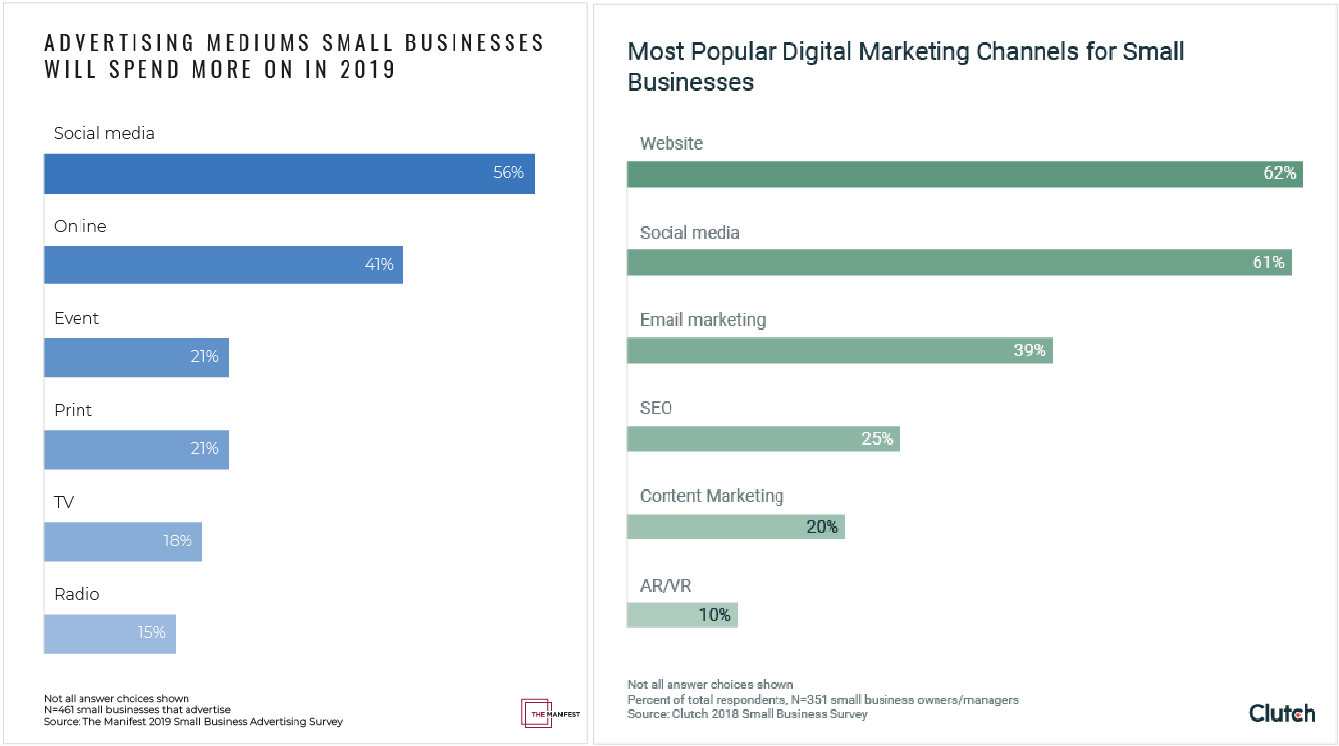 What marketing channels does the business rely on in 2020. The Manifest poll on the left, the Clutch poll on the right.
We wrote about this in detail in the article “What is the average marketing budget for small businesses”, so now we simply outline the main channels of promotion and how much money they spend on average: Ads on Facebook, Instagram, Twitter, YouTube and LinkedIn depending on the target audience. At the same time, it can be both regular advertising (banners, ads, recommendations), and influence marketing.

Crowdfunding platform is not only a site, application and social networks. It is also the personnel and equipment that support its work, as well as a legal entity that needs to be established and obtained for it relevant permits and licenses. All this also requires money, which must be taken into account when calculating how much it costs to launch a crowdfunding site.

For the USA, Canada and Western Europe, these are approximate numbers:

Other costs may apply.

How Much Does It Cost to Start a Crowdfunding Website key takeaways:

Merehead does professional development of cost to start a crowdfunding website. If you have questions, contact us for a free consultation.

Merehead review. Vleppo is a startup, digital asset exchange platform based on the Komodo blockchain protocol.
Category: Development 11/14/2021
How to Build an Investment App or Platform
According to a Bankrate survey, 63% of smartphone users in the United States have at least one financial application, 17% of which are investment. Among young people aged 18 to 34 years, the level of admission of investment applications is almost doubled - 31%. This data suggests two things: 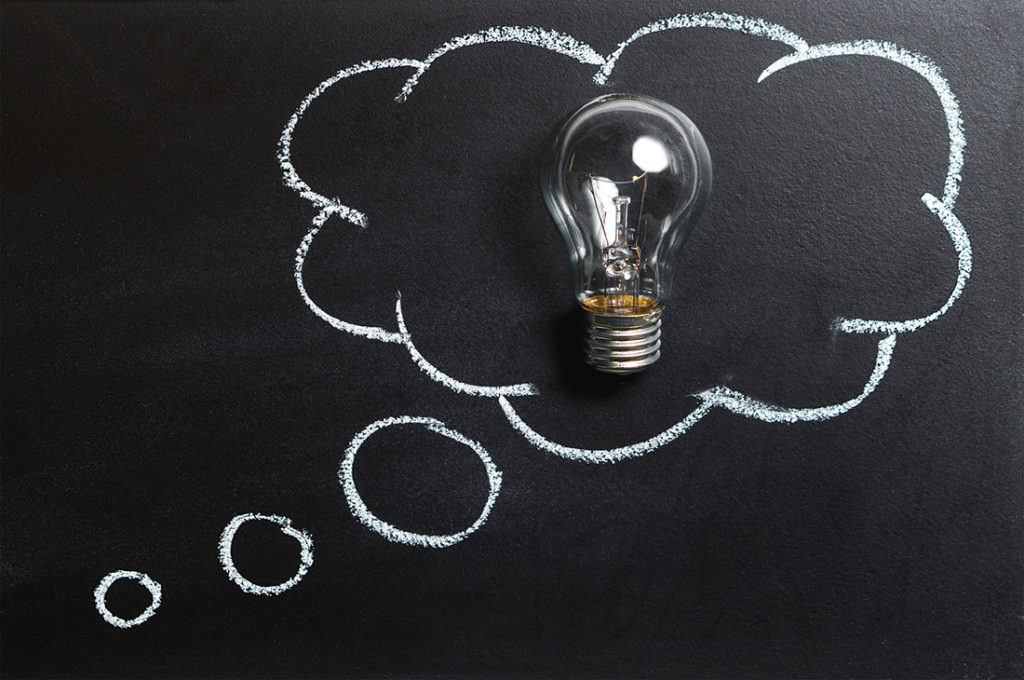 Category: Development 11/14/2021
How to Build a Crowdfunding Platform for Fundraising
We all heard about Kickstarter, Patreon, Indiegogo and other platforms that help to raise money for the implementation of various ideas and projects. But few people know that these sites work for a reason: they keep 5% of the funds raised as a reward for intermediary services. These are huge profits, and today we will talk about how to grab a piece of this pie for yourself by building your own crowdfunding platform to raise funds. 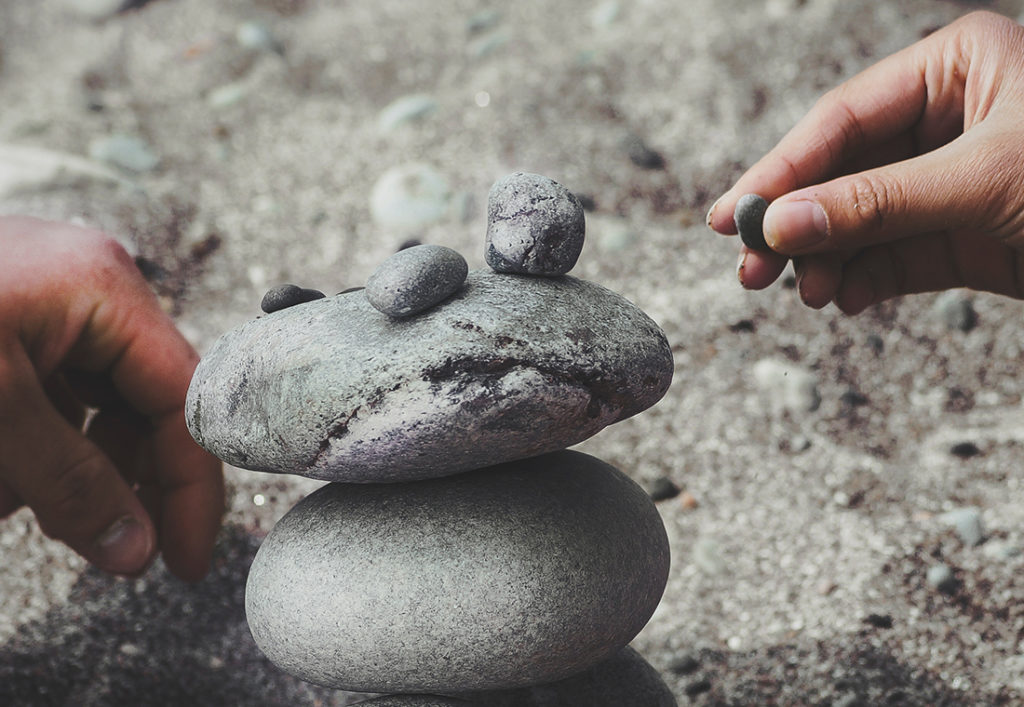 Category: Development 02/16/2020
How to Choose White Label Crowdfunding Platform
If you plan to launch a crowdfunding platform, then this is best done using white-label, as it is faster, cheaper, safer and less risky. To launch a site using this solution, you need to do four things: choose, buy, configure and connect to the network. The last three things are usually the responsibility of the software vendor, so all you have to do is choose a white label solution. In the article we will analyze in detail on the basis of what criteria to do it. 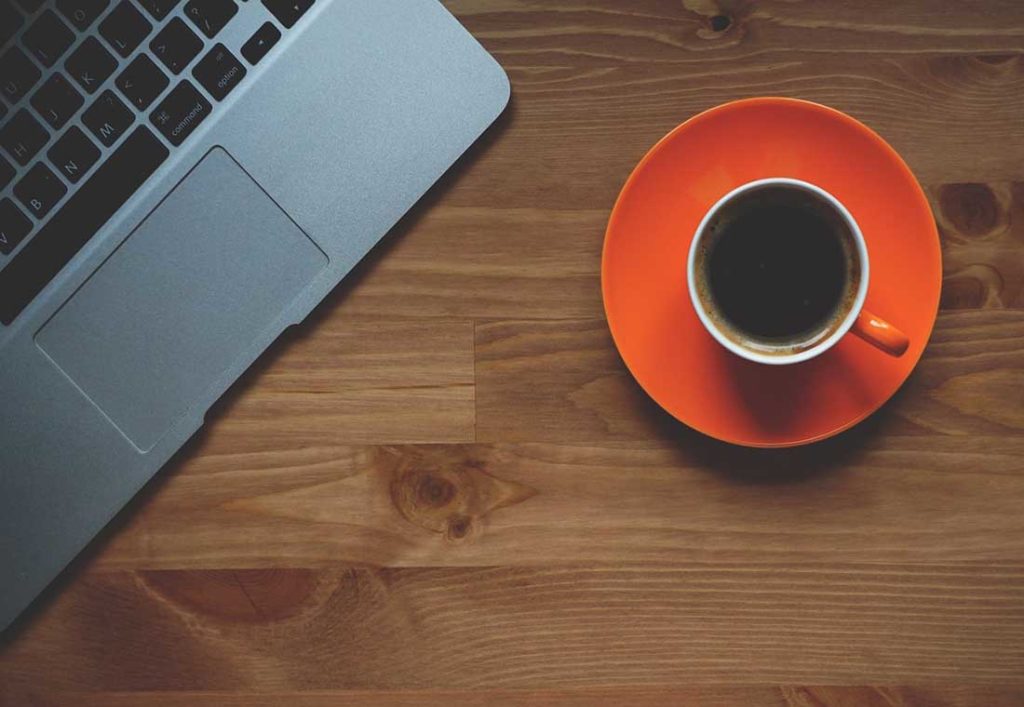