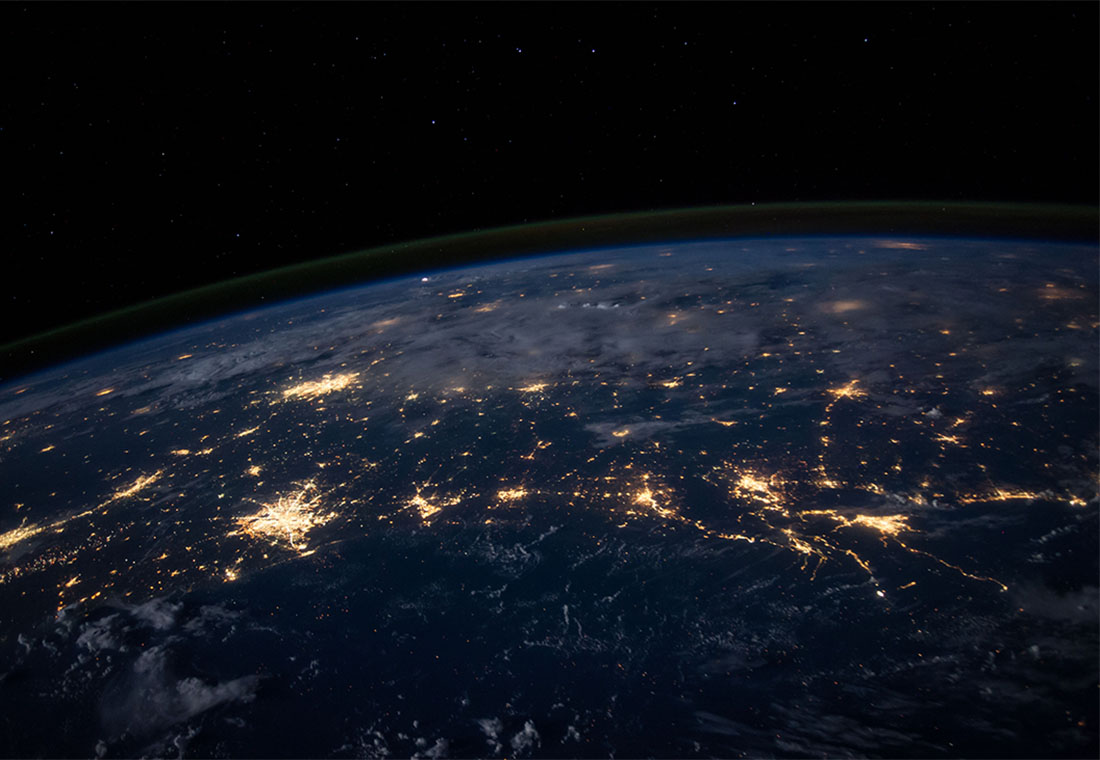 The Key Benefits of Asset Tokenization on Blockchain

Write to Yuri
Merehead / Blog / Blockchain / The Key Benefits of Asset Tokenization on Blockchain
Are there any questions?
Yuri Musienko
Write to the expert


How occurs tokenization on the blockchain

Tokenization of assets is the process of transferring rights to a physical, financial or intellectual asset into a digital token. The simplest example is to replenish a bank account with cash. The process of replenishment at the cash desk or ATM is the tokenization, and the received virtual money is the tokenized assets.

In this example, you can see that tokenization includes three elements:

When an asset is tokenized using a blockchain, the blockchain infrastructure is used instead of a bank, and cryptocurrency tokens are used instead of digital dollars. In all other respects, the process is not fundamentally different from the tokenization of cash in a bank, currencies on Forex or shares on stock markets.

Think about how many intermediaries you have to trust when you buy a company's share in the form of stocks in the stock market. People not in the subject can say that only the issuing company, but in fact the list is much wider: Intermediaries are needed to tokenize the company, to register the issue of shares, to ensure the integrity of the process and financial settlements, and also to keep securities somewhere. Each such intermediary increases the complexity and cost of the transaction, and also reduces its security.

In blockchain-based systems, central servers - guarantors of honesty are not needed

With tokenization of assets on the blockchain, most of these intermediaries can be removed, since the distribution registry system serves as a “source of truth” that ensures the integrity of the transaction, is responsible for the safe storage of digitized assets and conducts transactions.

If we return to the question of trust, then in the case of a blockchain, the buyer of securities (tokens) will need to trust only the issuer and the registrar (usually these are government agencies, for example, the SEC in the USA). Thanks to this, it is possible to significantly simplify and cheapen the process, as well as to increase its safety.

Another key advantage of the blockchain is the ability to split any asset into an unlimited number of virtual shares, each of which will be represented by a separate token. Due to this, it is possible to bring liquidity in the market, where previously it was simply impossible.

An obvious example is real estate. For example, you want to invest in a building whose office premises are rented. With the usual approach, the building needs to be bought or rented - either entirely or into share ownership. What is problematic because of the high cost of real estate.

Tokenization reduces the investment barrier to the amount available to everyone

However, if using a blockchain to divide a building at a cost of, for example, $ 250,000 per 100 tokens, the entry barrier to investment will drop to $ 25. That's exactly what was done when was tokenized the building in the East Village, which is in Manhattan. An object worth $ 30 million was tokenized in October 2018 by Propellr and Fluidity using the Ethereum blockchain.

A less obvious example is artwork. Buying paintings by Leonardo da Vinci, Picasso or Modigliani is the millions of dollars that only very rich people have. If you divide the picture of the Savior of the World by Leonardo da Vinci, sold for $ 450 million by 1 million tokens, then the entrance threshold for investing in the most expensive picture in the world will drop to $ 450.

Similarly, you can tokenize:

Moreover, among the blockchain communities, the idea of tokenization of entire countries is gaining momentum. Imagine if every citizen had a token that would give the right to manage the state and the income or loss generated by it, what would it give? This would increase the involvement of citizens in political processes and make them more responsible (effective), because this is not about the abstract budget of the country, but about money in your own pocket.

Unlike traditional databases, information recorded on the blockchain cannot be changed, deleted or “corrected” by bribing an official or hacking the system. This is one of the properties of the blockchain architecture, which, conventionally speaking, records information in "layers" - in blocks. 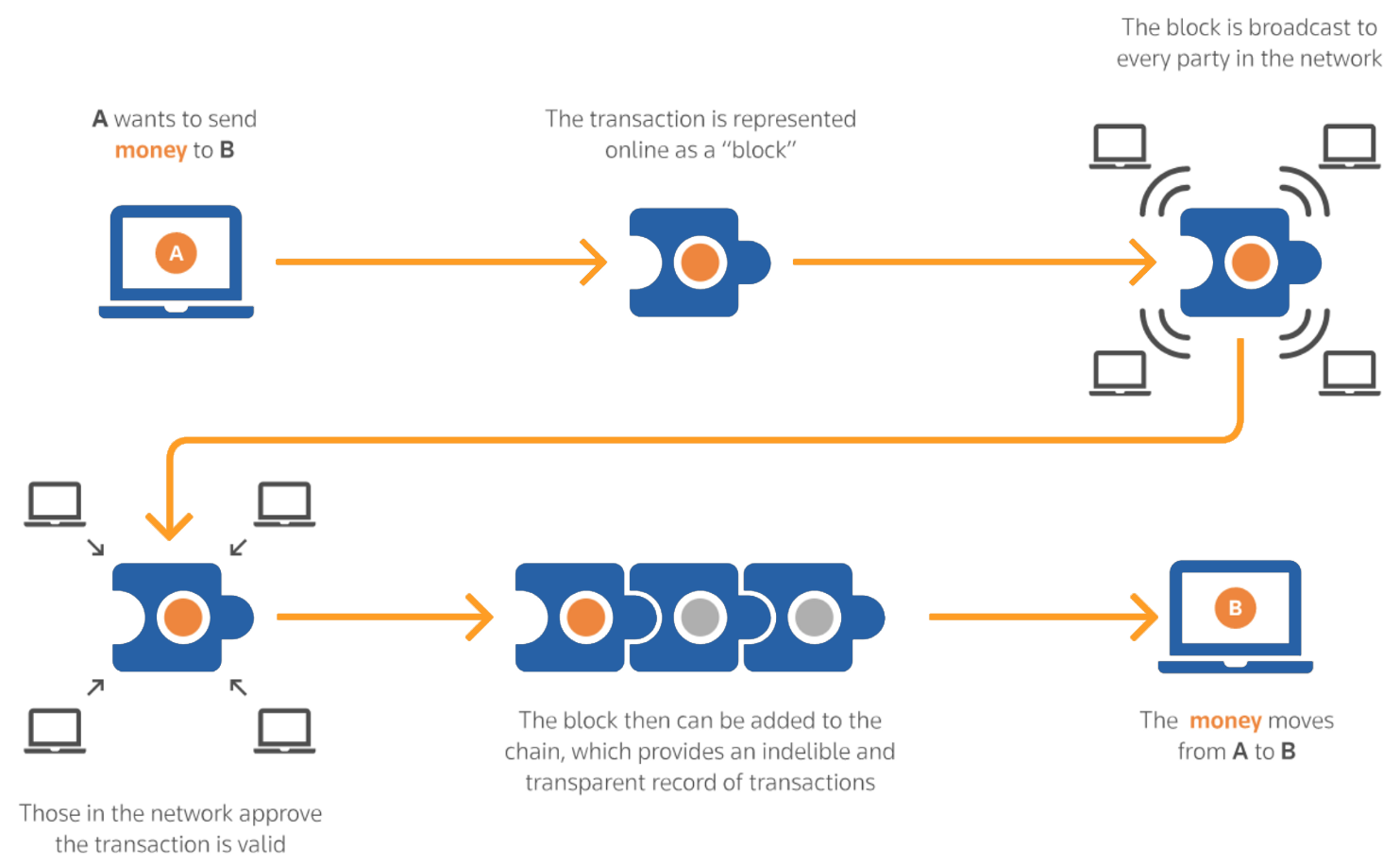 It is thanks to this feature that blockchains are introduced into state registries, online banking systems and corporate databases, where accuracy of the stored information is important.

So, in the case of banks, this is important, because if the Internet banking system is hacked, you can understand where the money went and return it back. An example of such a project is the Corda platform, created by the R3 consortium. The situation with state registries is the same, only instead of money it will be possible to return the rights to movable and immovable property. Such projects have been implemented in Switzerland, Estonia, Ukraine, Georgia and other countries.

For tokenization, immutability is important because it allows you to track the history of tokens (i.e. assets): who created it and when; who, to whom, when and at what price sold. Due to this, investors may not be afraid that their investments will be lost due to fraud, theft, system errors or corruption - tokens can always be tracked and returned to the real owner.

In addition to immutability, the data in the blockchain protect two more things: cryptography and the distribution registry. Cryptography is a method of ensuring the confidentiality of open data (i.e., everyone can download and see their code) when this data is encrypted using a secret algorithm (key). Decrypt such data using the same or another secret algorithm.

Thanks to cryptography, you can use open databases to store confidential or financial information. That is, anyone can download a database that contains information about tokenized assets and market participants, but only those who have a special secret key can access the “foreign” information.

Moreover, usually such keys decrypt only certain information, for example, information about a specific transaction or account. It is impossible to access all data in decentralized blockchains. In private, only the main node, the central government, has such rights.

As for the distribution registry, this means that the information in the blockchain is simultaneously stored on many devices of users of the system as synchronized copies (like files in torrent trackers). Make new entries in these copies is possible only with the consent of the majority of the participants in the system, which is achieved through the mechanism of consensus.

Each new blockchain entry matches with all its copies:

✓ If there are no discrepancies in the past entries and there is a majority agreement, the new entry remains and is copied to all copies of the blockchain.

✕ If a discrepancy is found, the system checks what is written in most copies and accepts it as the correct version.

To circumvent such protection, you need to gain control over most of the copies of the blockchain, i.e. hack 51% of user devices. This is theoretically possible, but in practice it is economically unprofitable, since the costs will exceed the possible benefits.

In terms of tokenization, the use of a distribution registry means increased security of information stored on the network. For example, information about owners, billing information and other confidential information.

Most of the workflow and bureaucratic procedures on the blockchain can be automated using smart contracts - computer algorithms for the autonomous exchange of valuables, such as fiat money for stocks, tokens or real estate. 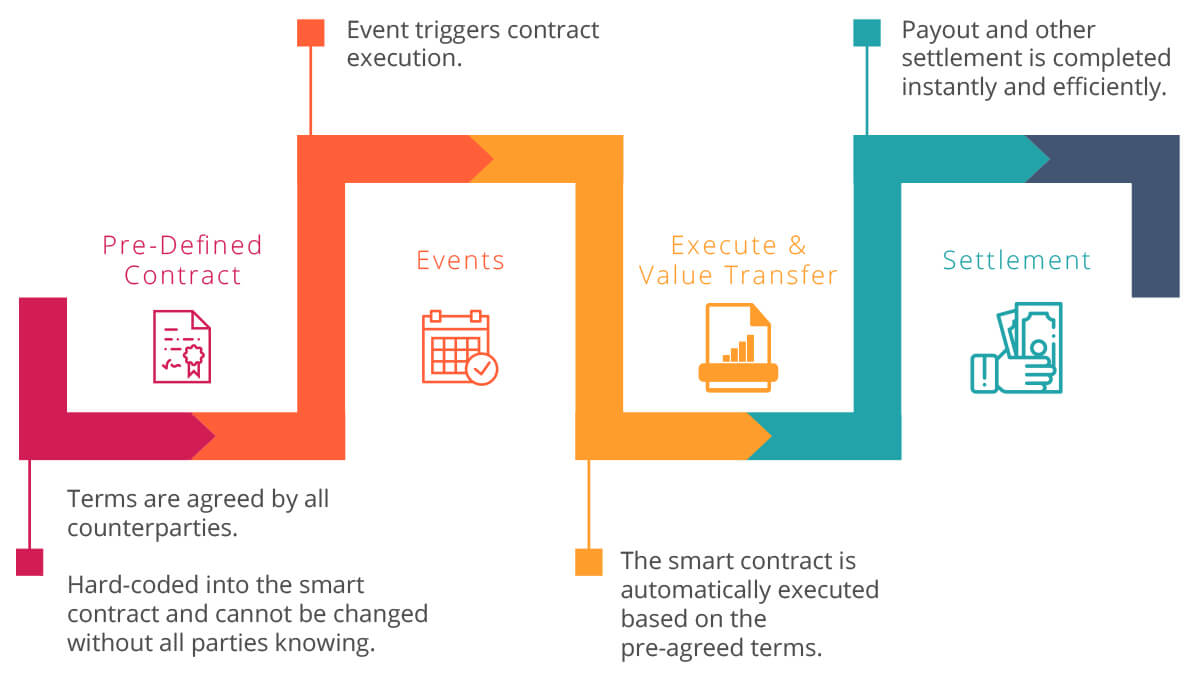 Such algorithms can be compared with the mechanism of the coffee machine, which, without the participation of the seller or the owner of the coffee, changes the buyer's money for drinks. The values, in this case, are money and drinks, the conditions are the making of drinks and the minimum amount of banknotes in the machine store.

The coffee machine mechanism first takes values from both sides, checks them and, if everything is all right, makes an exchange. The smart contract operates according to a similar scheme, only the “mechanism” of automatic exchange is registered in the form of computer code. This gives the following benefits:

Almost all blockchains are open source software. In most cases, this means that any user or developer can view the source of the blockchain in order to:

If you go back to tokenization, then transparency gives the following bonuses:

Tokenization of assets by traditional methods creates tokens that can be traded, changed and used as collateral. In some cases, it is possible to manage a company when it comes to ordinary (non-premium) promotions. This is where the capabilities of traditional tokens end.

What can be done with blockchain tokens:

The Key Benefits of Asset Tokenization on Blockchain key takeaways:

Merehead does professional development of Tokenized Asset Offering (TAO). If you have questions, contact us for a free consultation.

Merehead review. Vleppo is a startup, digital asset exchange platform based on the Komodo blockchain protocol.
Category: Blockchain 01/05/2023
What is the Key Difference Between Security vs Utility Tokens?
We’ll tell you what security and utility tokens are - how they differ and what they are for. This is important, since many tokens, by decision of the American regulator, may be “outlawed”, which promises many problems of blockchain startups and, possibly, their investors. 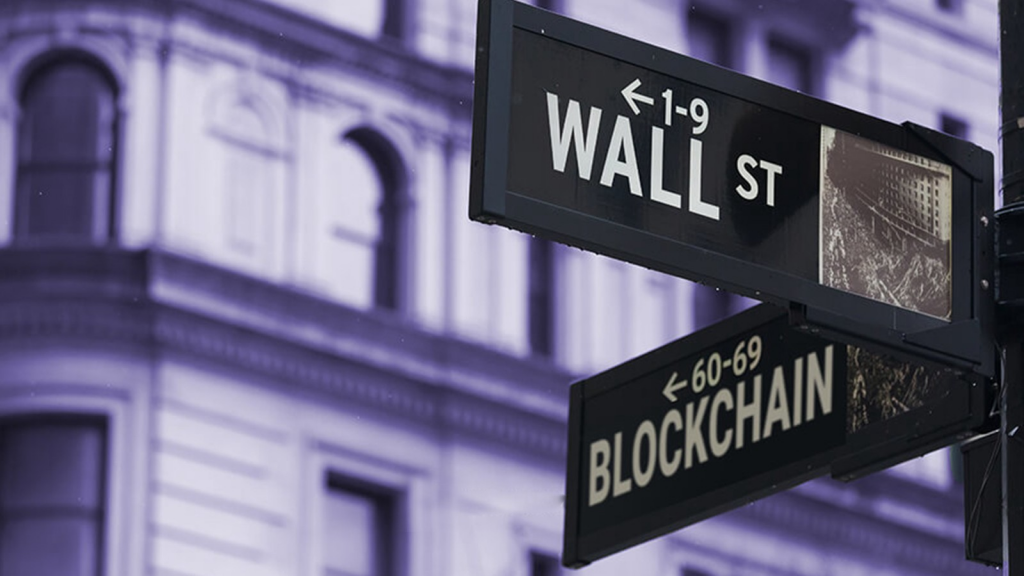 Category: Blockchain 11/08/2022
Commercial Real Estate Asset Tokenization: How It Works and How to Build?
Tokenization of commercial real estate transactions will reduce transaction costs from 30% to 2%, entry barriers for investors from $200,000 to $100 and reduce the time for conducting operations from 1 month to 1 click. In this article, we will look at examples of how tokenization works and how to do it yourself. 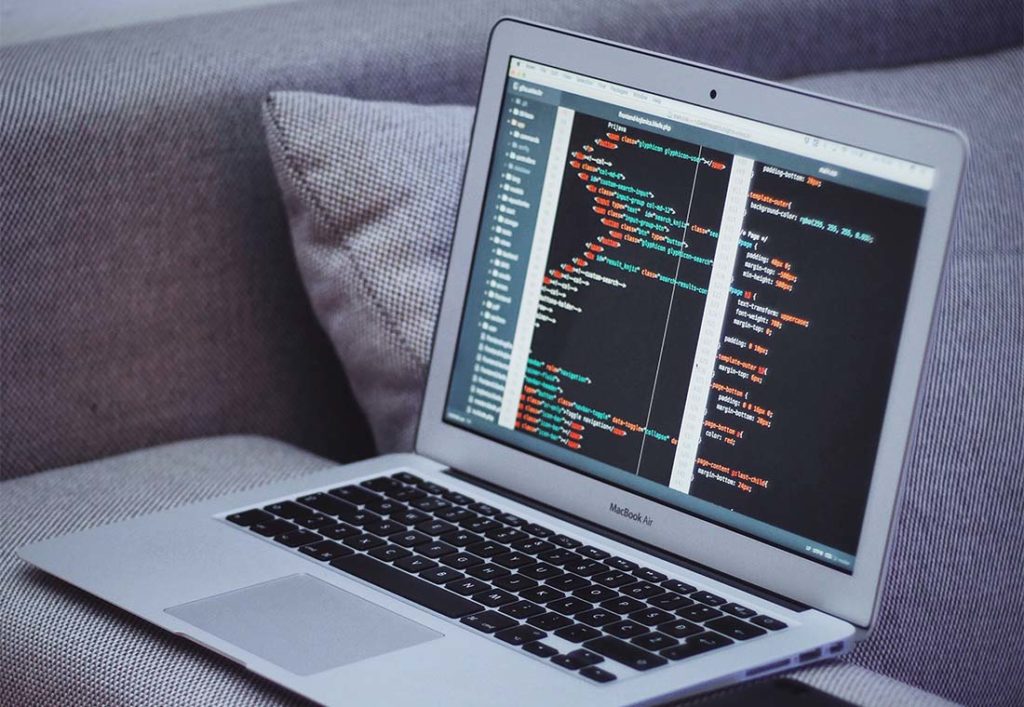 Category: Blockchain 01/05/2023
10 Benefits of Tokenized Asset Offering (TAO): How to Tokenize an Asset?
According to Forbes experts, the Tokenized asset offering (TAO) will become the main trend of the cryptocurrency market in 2019, since this type of crowdfunding solves the main problem of ICO - compliance with the law, retaining almost all its advantages. Next, we will look at how this problem was solved and what the trump cards the legalized version of ICO received. 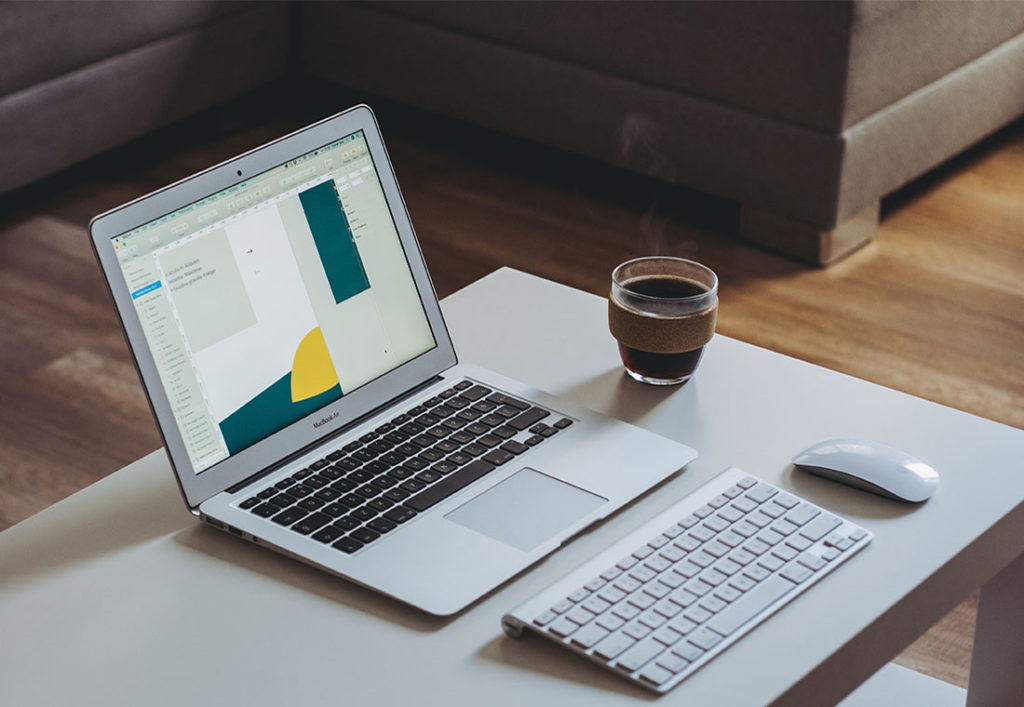