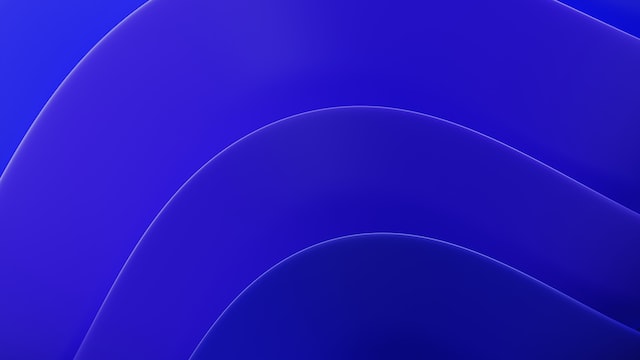 What do you Need to Create Cryptocurrency (Crypto Coin)?

Write to Alexander
Merehead / Blog / Cryptocurrency / What do you Need to Create Cryptocurrency (Crypto Coin)?
Are there any questions?
Alexander Safonov
Write to the expert

In over a decade of the existence of the cryptocurrency industry, more than 4000 new coins have appeared on the market and this number is growing daily because everyone can create a new altcoin. In this article, we’ll tell you everything you need to know to create your own cryptocurrency. 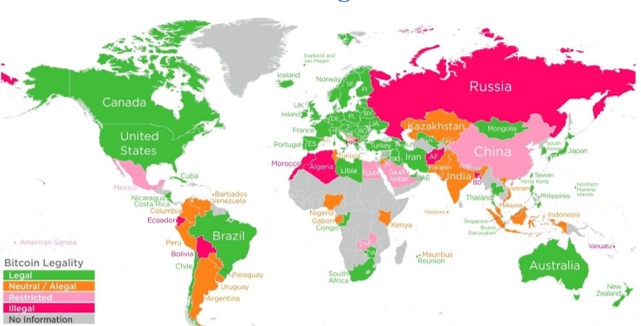 Virtual money is difficult to control and it’s blowing up states’ monopoly on money emission and management. For this reason, relationships between governments and cryptocurrencies have always been strained. In some countries, this has led to a total or partial statutory ban on the purchase, possession, and trade of cryptocurrency assets.

If you want to create your own cryptocurrency, make sure that such activity is legal in your target market. Additionally, you should consider rules of cryptocurrency registration and taxation so that the cryptocurrency doesn’t get banned because of the violation of some rules like it happened to TON — Pavel Durov’s coin.

Value. A few years ago when Bitcoin was worth less than $100 and the concept of virtual money was a novelty, any new cryptocurrency used to arouse great interest in the community. However, now there are so many tokens that the launch of another project might pass unnoticed, which usually leads to its failure.

To avoid such a thing, your cryptocurrency needs a unique value proposition – the reason why the coin is going to be bought and used. You have to think about how your project is going to help people, the sector, and/or the country. Are you planning to remove an intermediary (for instance, a bank or a broker)? To resolve sector problems (for example, corruption or inefficiency of logistical processes)? To lay the groundwork for the development of a new sector (for instance, a network of «Internet of Things»)?

Cryptocurrency characteristics. Once you’ve determined the main value of your project, you have to decide what type of cryptocurrency is the most suitable. This can be a traditional coin (Bitcoin, Ethereum) or stablecoins (Tether, USD Coin). You also need to determine whether it’s gonna be a decentralized or centralized coin; whether it’s gonna be a utility token or a security token.

Categorization of all cryptocurrencies. Source

Depending on the blockchain implementation, the consensus algorithm may have several variations. Here is the comparison of the most popular ones:

Blockchain architecture. It determines the logic and rules of action of the cryptocurrency system – starting with who can connect to the network and ending with the amount of remuneration for new block generation. All blockchain architectures are usually divided into three types:

If you’re not planning to develop a cryptocurrency on your own, you’ll need a strong company, which develops blockchains and/or cryptocurrencies. Search for such a technical partner may take some time because the demand for blockchain developers is off the charts and the supply of qualified specialists still remains at a low level. Nevertheless, choosing the right team is crucial because cryptocurrency creation implies the work with big money and it has to be well secured against hacking and theft.

Where to look. You can find a professional team of blockchain developers on such platforms as LinkedIn (Recruiter, Groups), Clutch, Goodfirms, Blocktribe, Toptal, Upwork, DREAM, Codementor, Xbtfreelancer, Cryptojobslist, Crypto.jobs, Blocktribe.com, Beincrypto.com, Coinality, BountyOne. In addition, you can find blockchain developers on Twitter, Facebook, StackExchange, and on Chinese Qzone, Renren, and Weibo.

What to pay attention to. You can find thousands of companies, which develop blockchains and cryptocurrencies, on this market. You can use such criteria to understand which of them are worth paying attention to:

Cooperation process. After you choose a strong blockchain developer for the creation of your own cryptocurrency, your cooperation will probably take place in the following scenario: 4. Tech stack and API

Notwithstanding, this is only the developers’ preferences. Essentially, you can write the blockchain code in any language you like unless you’re creating a coin on the basis of the existing blockchain network. In this case, the chosen platform defines the tech stack. For instance, if you want to launch the cryptocurrency based on Ethereum, you will have to use the following resources: 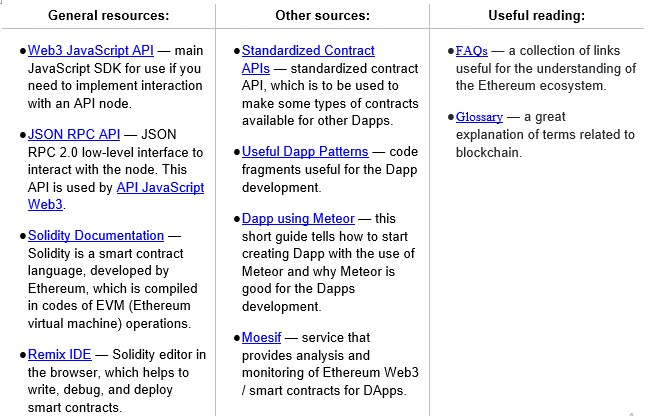 Web, PC, App, and API. Your cryptocurrency is going to be popular if its wallets work on all popular platforms: internet browsers, computers (Windows, macOS, Linux), mobile phones (Android, iOS). Tech stack depends on the blockchain, sector, and needed integrations. Here is an indicative list: 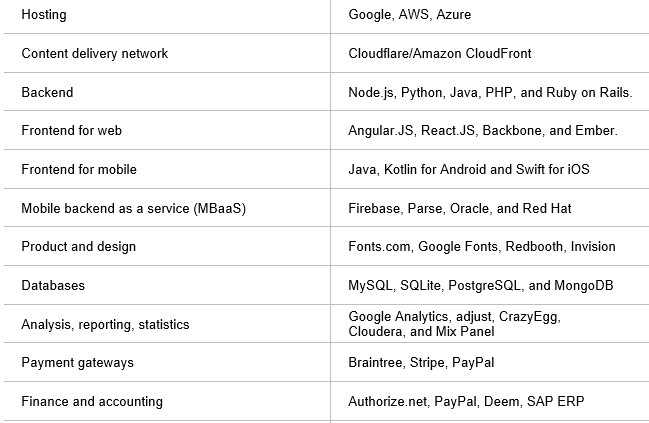 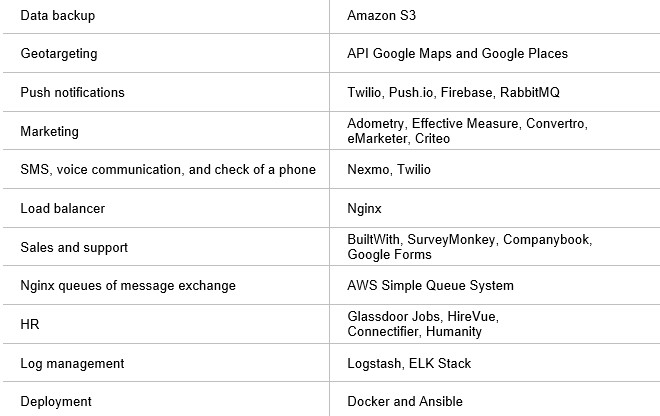 When you create your own coin, you’ll need a marketing strategy to build a partnership with external services such as cryptocurrency exchanges, online stores, banks, or online casinos. Including your cryptocurrency in their listings is your main task because the higher its penetration into the market relations is, the higher its value to ordinary people is.

Adding the coin in the listings of the cryptocurrency exchanges usually requires either money (depending on the exchange, payment for a listing can be $1 to $50 thous.) or enough popularity of the cryptocurrency in the blockchain community. To promote your coin among ordinary people, look for channels that they use to communicate with each other. These include Telegram, Reddit, Discord, Twitter, BitcoinTalk. You can also publish press releases and use mass media to attract the audience and raise your brand awareness.

Here is the estimated marketing cost depending on the channel: 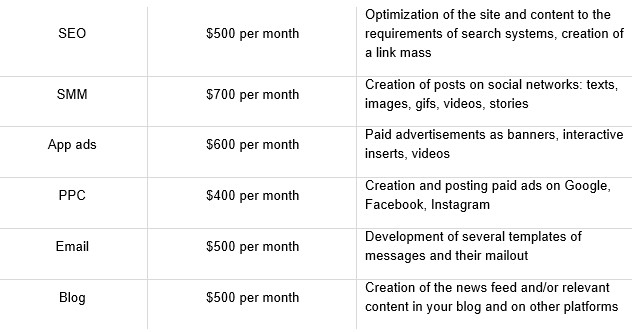 Your blockchain. If you decided to create your cryptocurrency from scratch, you’ll need a team of experienced blockchain developers like Merehead. The cost of development of such a project depends on its complexity, requirements to the design, target niche and audience, and developers’ location. Usually, the budget starts from 0.5 BTC or about $20000 (as of 18 March 2021). 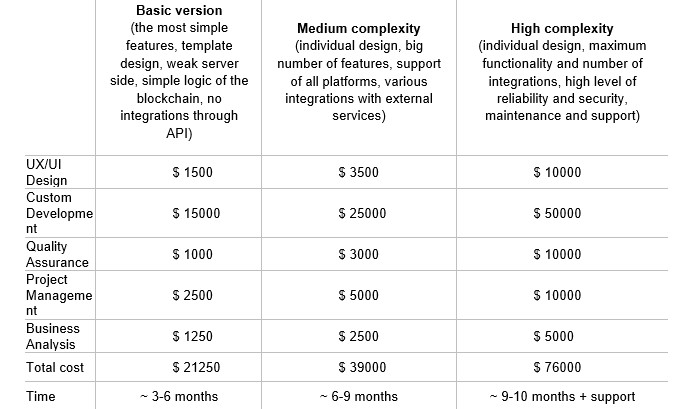 Blockchain fork. You can launch your coin through the fork of an already existing cryptocurrency. However, the value of such a project is questionable unless you introduce really significant and useful changes to the original blockchain, which will let a new coin stand out against the background of the original. It goes without saying that making such changes requires appropriate knowledge and skills so you can’t do without a team of blockchain developers. Usually, the cost of their work varies from $1 thous. to $20 thous.

Token. If it’s enough for you to create a token on the basis of Ether or Waves networks, it’s much simpler and cheaper. For instance, you’ll have to pay a commission of $5 to $5000 depending on the smart contract for a transaction, which will add your smart contract with the token on the Ethereum blockchain. The launch of the token on Waves costs $1000 WAVES tokens or $28110 (as of 18 March 2021), which is quite expensive. Most likely, Waves will reduce the fee soon to make the launch of tokens on their platform more affordable.

What do you Need to Create Cryptocurrency (Crypto Coin)? key takeaways:

Merehead does professional development of own cryptocurrency development. If you have questions, contact us for a free consultation.

Merehead review. Vleppo is a startup, digital asset exchange platform based on the Komodo blockchain protocol.
Category: Cryptocurrency 11/05/2021
How to Build Blockchain Bitcoin Cryptocurrency Wallet App Development
Let's denote what cryptocurrency wallets are, what you need to create them and how much it costs. We describe the stages of development. 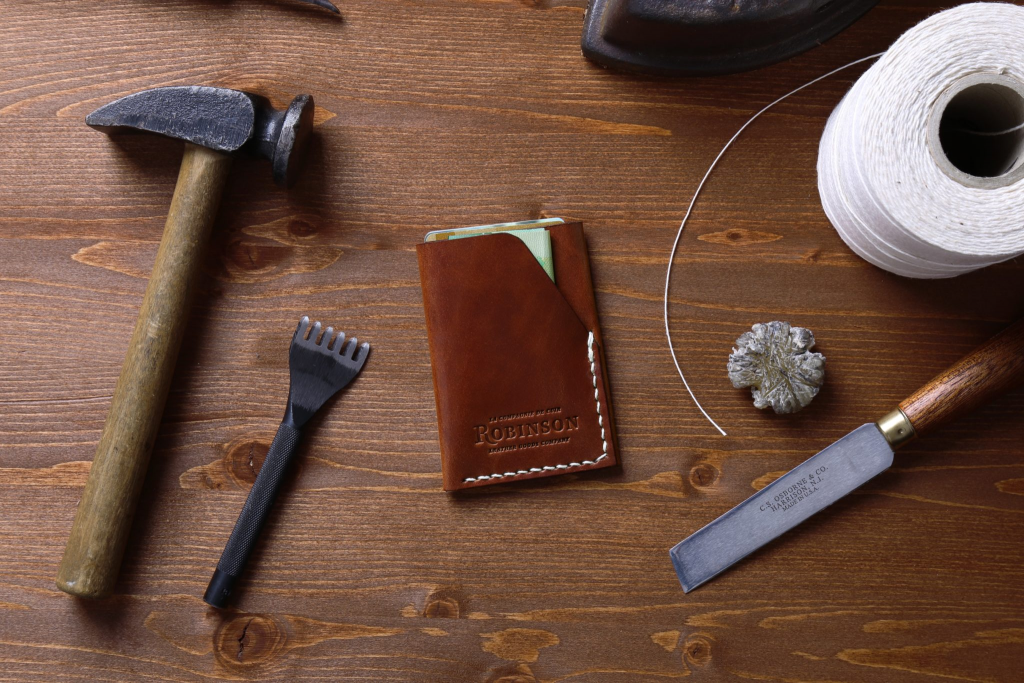 Category: Cryptocurrency 11/08/2022
How to Use Lightning Network Bitcoin?
Many believe that Bitcoin is the future of the financial system. But there is one obstacle that prevents it from achieving its goal - this is scalability. For example, VISA processes on average 4,000 payments per second and can increase throughput up to 65,000 payments per second. Bitcoin can process only seven transactions per second. Not tens of thousands, not hundreds, but only seven operations. 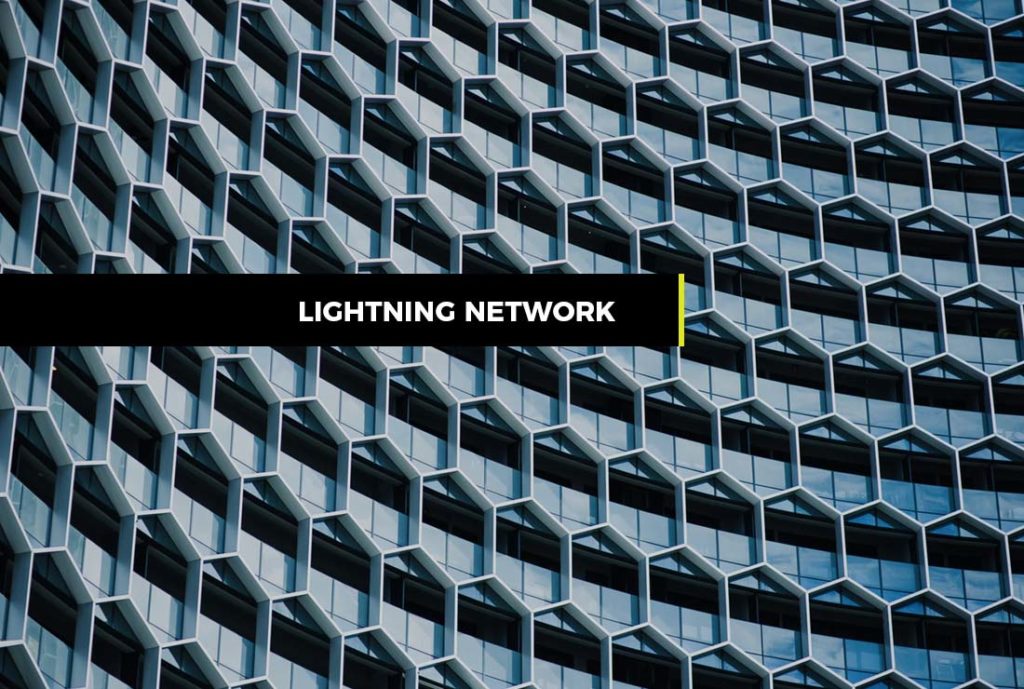 Category: Cryptocurrency 12/30/2022
Cryptocurrency App Development: Features and Costs
Firstly, we should get an understanding of what is meant by «the cryptocurrency app». A list of their types is pretty extensive. For this reason, we need to state what app meets the requirements of not only developers and future controllers of cryptocurrency flows but also the audience. Cryptocurrency app is the app that allows its user to track and/or control local or global flows of cryptocurrency funds, exchange tokens for fiat funds, and vice versa. There are many such apps now, but all of them belong to one of two big groups: wallet, exchange, or a specific third group – so-called exchangers. Each of the specified groups has its drawbacks and advantages for people, who have decided to relate their well-being to the world of cryptographic currencies. In addition, each of them has its special characteristics, which can be both another step towards success and the push to fall. Let’s consider all of them in a bit more detail. 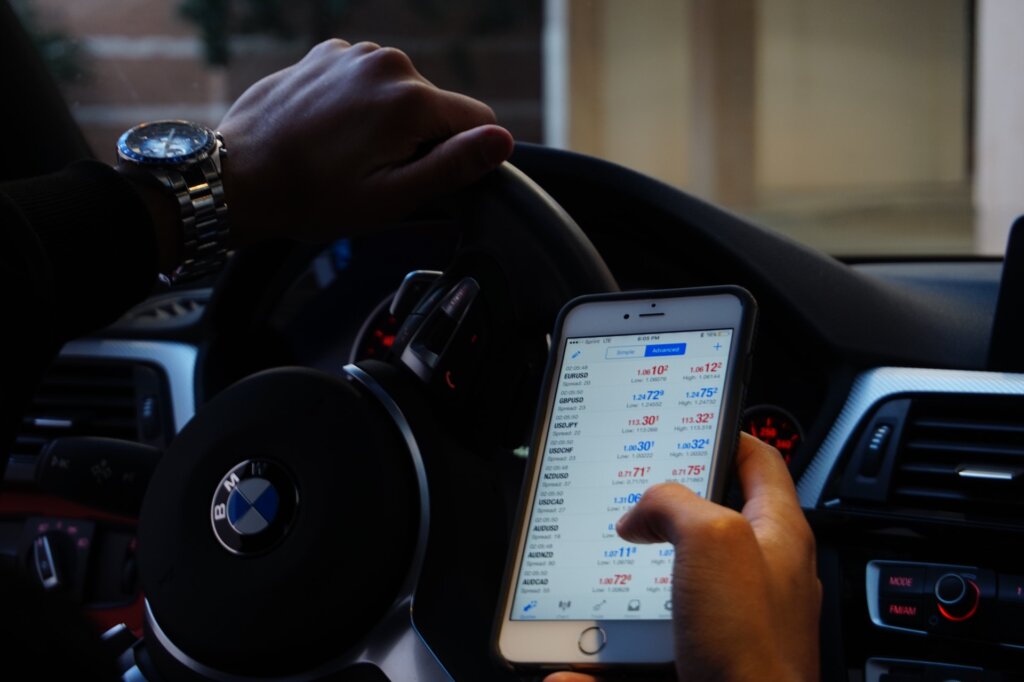