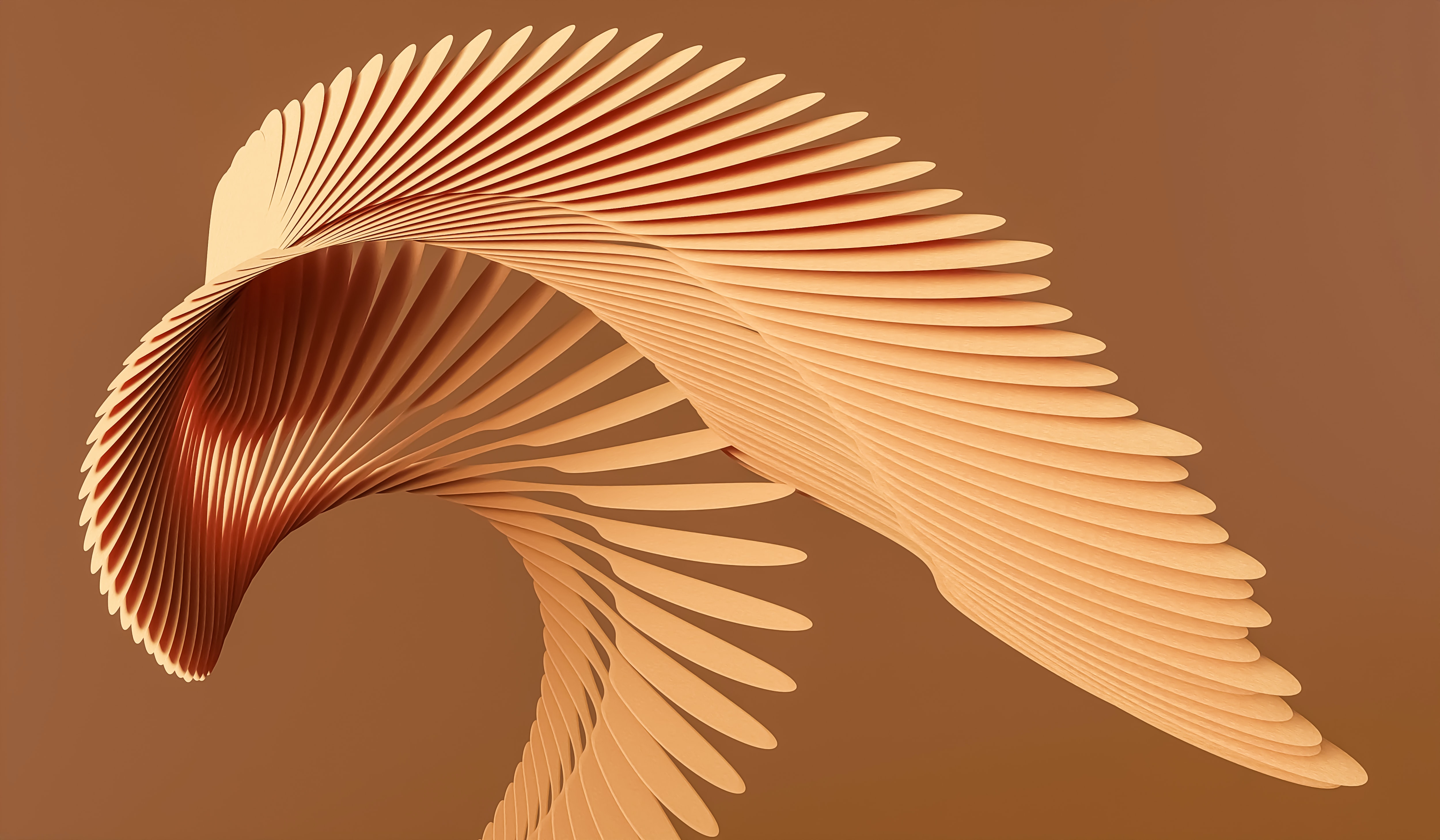 How to Implement Blockchain in Tobacco and Alcohol Products Industry?

Write to Alexander
Merehead / Blog / Blockchain / How to Implement Blockchain in Tobacco and Alcohol Products Industry?
Are there any questions?
Alexander Safonov
Write to the expert

Blockchain is a revolutionary technology that can reduce the cost of money transactions, optimize supply chains, improve buyer-customer interaction, automate business processes, document management and much more. Further on, using real examples we will tell you how all this can be achieved in the alcohol industry - a market with a turnover of 1,448 billion dollars and a compound annual growth rate of 10% by 2028.

Issue. Business goals and objectives of supply chains in alcohol industry are the same as in other producers and distributors - to provide maximum level of service at minimum costs. But the business itself is specific - there are many specific conditions, affecting the quality and cost of the end product. Here are just the most important of them: Blockchain solution. Blockchain-based logistics platforms can address supply chain inefficiencies, quality and certification, and counterfeit products. With a decentralized framework, immutable data and public transactions, it is possible to create a network that aggregates all data about the movement of goods from producers to customers and makes it available to all participants in the supply chain. And the data provided can be segregated depending on the platform participant. For example, producers and retailers would have access to all data, while buyers would only have access to data about the producer, storage conditions and raw materials.

Alcohol supply chain diagram. The system aggregates data on each stage and provides it to all stakeholders. Source

The most prominent example of blockchain integration in supply chains is the TradeLens logistics platform, launched by major shipping company Maersk in partnership with IBM. It is an open and neutral platform for maritime freight and supply chain management of not only alcohol, but all other goods.

It was launched in September 2016 and has already proven its effectiveness by automating most business processes, reducing paperwork costs by up to 70% depending on the supply chain, and reducing cargo tracking time to a few seconds.

Among the blockchain-based logistics platforms focused on alcohol supply chain optimization is EY Ops Chain, a set of applications and services to simplify the management of Italian wine supply chains. Also of note is VeChain, a network designed with a focus on supply chains such as spirits, luxury goods and automobiles. This network is already used by Ricci Curbastro, Ruffino Wines, West Wind Wines and others.


The fight against counterfeit products

Issue. According to various estimates, the share of counterfeit in the global market of alcoholic beverages ranges from 0.2% to 1% in developed countries and from 5% to 10% in developing countries. At the same time in some sectors of the market the situation may be even worse, as, for example, in the supply of European wines to China, where the share of counterfeit can reach 20%. The most common way to counterfeit spirits is by printing a fake label; using labels from more expensive wines and trivial substitution of wine content with lower quality alcohol. The latter case is a particularly serious problem, as it is the leading cause of alcohol poisoning in the world.

Blockchain solution. Thanks to the fact that blockchain can guarantee the validity and traceability of data, it can be used among other things, to verify the authenticity of alcoholic beverages quickly and easily. To do this, a RIFT sensor with a unique one-time code or NFT is attached to each batch, package or bottle (if it's high-end liquor), which tracks the movement of the product from the producer to the end consumer.

The RIFT sensor records all product transactions (production, shipment, transportation, storage, etc.) on a blockchain, and the system then provides this information to end users, allowing them to verify the authenticity and license of the liquor in the store.

Verifying the authenticity of liquor via blockchain is simply scanning a barcode, QR code or NFC tag for the customer. Source

In addition, such platforms often record not only data on production, shipment, purchase and other operations but also data on the conditions of transportation and storage of goods, which allows you to check the quality of the goods (for example, whether the wine turned into vinegar due to high temperatures).

There are a lot of projects such as these, here are just a few of them:

The problem. Traditional loyalty programs create problems for both companies and customers. Companies are usually heavily concerned with personalization, increasing conversion rates and also channel uniformity. On the customer side, there are problems with restrictions and rules, reward options and the most common problem is the loss of all accumulated bonus points after some period of time. Because of this, few people use loyalty programs, despite all the benefits they offer consumers.

Blockchain solution. This technology can be integrated with loyalty programs in two main ways. The first is that instead of traditional points or free drinks, loyalty programs can reward consumers with cryptocurrency, which they can buy, sell and transfer to each other on various cryptocurrency exchanges. This would solve the problem of losing accumulated points and make them much more marketable.

Secondly, the blockchain platform can be integrated with a loyalty management system to automate business processes, ensure secure and automatically matched transactions, increase business efficiency and improve the member experience. Which would reduce the cost of the loyalty program and also reduce fraud in this area.

There are a number of startups like Vexanium, Gift Jeenie, Qiibee and Loyela that are implementing blockchain-based loyalty programs. But overall, this type of program is still in its infancy and the alcohol industry is no exception.

Here are a few of the most prominent examples in this direction:

The problem. Advertising of alcoholic beverages is severely restricted in most countries (cannot be shown on TV during the day, advertisements must be placed near schools, harmful messages must be indicated, etc.). All these restrictions complicate the work of marketers and force them to look for workarounds, which are often more expensive and less effective.

Blockchain solution. Instead of costly and ineffective advertising, producers and sellers of alcoholic beverages can use the excitement around NFTs to attract an audience and advertise their goods, as well as to build long-term engagement with end consumers around the world.

Perhaps the most prominent example of this marketing strategy is the release of the limited edition Hennessy-8. Two NFTs, numbered 1/250 and 250/250, were put up for sale at a cost of $226,000 each. Both tokens provide physical and digital ownership. And while few people really care about the digital picture, the physical attributes of both NFTs are a real gift for connoisseurs: a bottle of genuine Hennessy-8 limited edition cognac; a commemorative sculpture; an engraved Baccarat carafe; an original cork rack and chest designed by Arik Levy; a personalized message on the carafe; a trip to the Hennessy estate in Cognac, France.

The decanter and stand that come with the NFT Hennessy-8. Source

Another striking example is the sale of Château Avenue Foch 2017 Champagne for a "modest" $2.5 million. Such a high price is due to the fact that along with the drink the buyer received the NFT created by the artists of the Bored Ape Yacht Club (BAYC), the most famous and expensive collection of NFTs. NFTs were put on the label of the champagne which was also decorated with Swarovski crystals.

Another project worth mentioning is the NFT Wine Club from the world-famous Budweiser lager producer. It is an exclusive club that creates its own meta-universe, where NFT gives special privileges such as access to the meta-universe itself or exclusive rewards in the digital and physical worlds.

The problem. We have already written that the sale of alcoholic beverages is severely hampered by strict government controls and high levels of counterfeiting. At the same time, the worst situation is in the high-end drinks sector, as only a very small number of people can tell the difference between an original high-end drink and a fake. That is why each such transaction is accompanied by a special certificate of authenticity from an independent auditor or company.

Blockchain solution. Not long ago, a blockchain-based solution was introduced that could solve most of the problems associated with the sale of high-end spirits. It will create a vault where all the elite drinks will be stored and each bottle or barrel will have its own NFT that can be traded in open markets or used to get your hands on the appropriate bottle, barrel or package of alcohol.

This is the principle behind the BlockBar trading platform. This blockchain platform accepts alcoholic beverages for storage, verifies their authenticity and creates NFTs for them. BlockBar services can be used by both wine producers and resellers as well as collectors - the first lot on the site was 15 bottles of collectible Glenfiddich 1973 Scotch whiskey. Now BlockBar is used by Pernod Ricard, William Grant & Sons, Moët Hennessy and many other world-known spirits suppliers.

The most expensive lots on BlockBar. Source

Another example is CWEX (Crypto Wine Exchange). It is a decentralized platform for buying and selling collectible and common wine for crypto. The service provides a certificate of ownership of each bottle of wine and guarantees the anonymity and security of each trading transaction.

Issue. Excise taxes are indirect taxes on the sale or usage of certain products such as alcohol, tobacco and energy resources. The process of controlling and collecting excise taxes is a complicated procedure with rather weak protections against fraud and evasion. The entire point is, such protection is a simple check of a stamped paper and a hologram. Both are quite easy to forge which fraudsters around the world take advantage of.

Blockchain solution. If the supply chain of alcoholic beverages is written on a blockchain, excise tax payment can be reduced to a simple smart contract that automates this process and makes verification into a very simple procedure. And this is not just a hypothetical possibility but a fully operational program implemented in TradeLens and other such networks.

Using blockchain for excise taxes in the tobacco and alcohol industries. Source>

Blockchain integration can radically improve all processes in the alcohol industry, making it more transparent and efficient. If you still have questions about this topic or if you intend to integrate blockchain into your business, contact us at +1-206-785-16-88 or via email at sales@merehead.com. Our consultants will answer all your questions.

How to Implement Blockchain in Tobacco and Alcohol Products Industry? key takeaways:

Merehead does professional development of Blockchain tobacco alcohol. If you have questions, contact us for a free consultation.