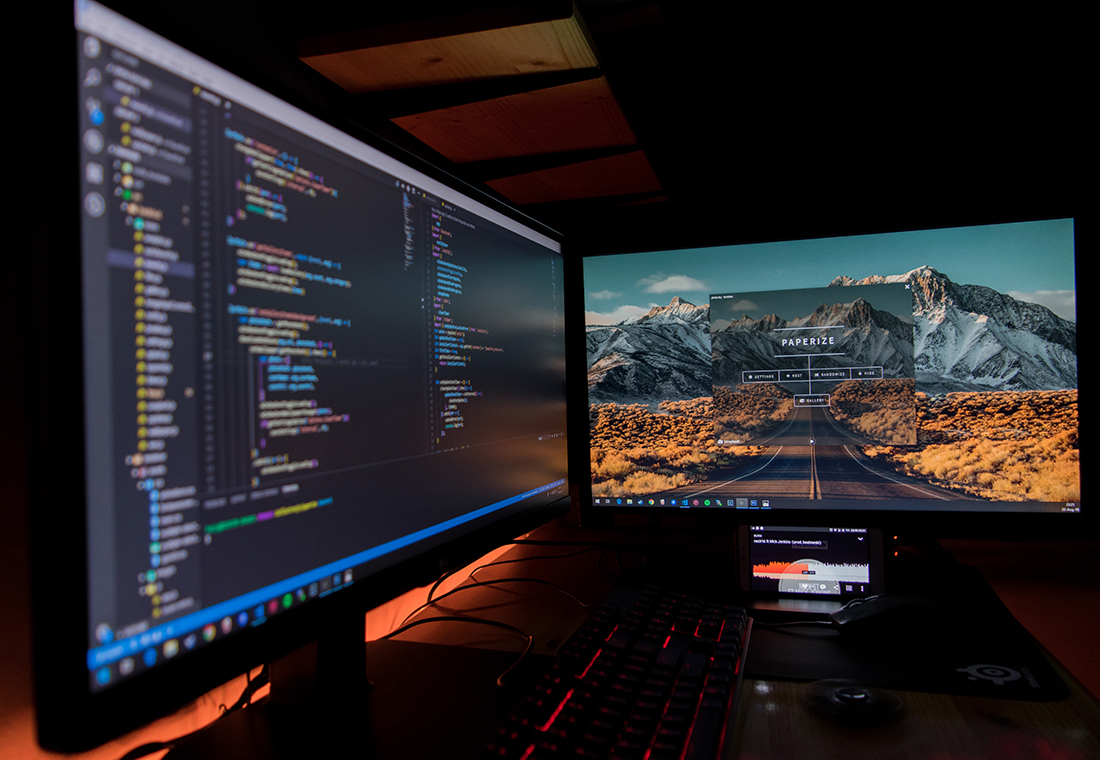 The development and implementation of an enterprise resource planning (ERP) system is an expensive measure that can take months or even years to implement. And according to the report of Panorama Consulting Solutions 2018, every fifth such project ends in failure. Today, we look at the six most notorious failures of integration of ERP-systems, in order to understand what went wrong in each case and how it was possible to avoid the deplorable outcome. 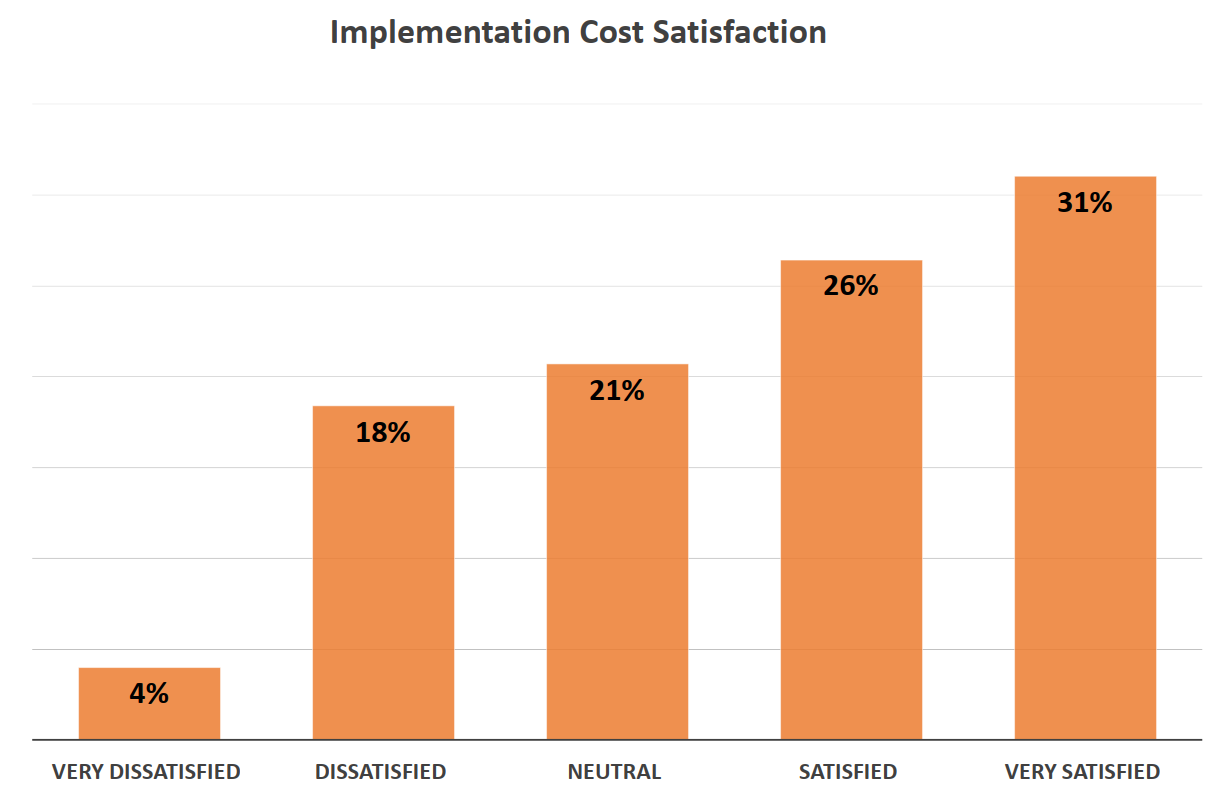 Failure anatomy. In 2016, the largest supermarket chain in Australia, Woolworths, reported a record loss due to the transition to a new ERP system. The network giant lost about 2 billion Australian dollars due to what experts called the "loss of corporate memory".

Woolworths lost 2 billion Australian dollars due to the lack of the right employees in the ERP project team
The anatomy of the failure of Woolworths is: Tip. In the case of Woolworths, the main mistake in deploying a new ERP system is that the company could not keep experienced employees who knew how everything worked. Surely they were consulted and even asked for recommendations, but this is not enough. Successful project implementation requires the fullest involvement of knowledgeable people.

And such experts must be confident in their future. So, in the example with Woolworths, people decided to quit because they were not sure whether they would have a job in a year or not and would need them in principle after the implementation of ERP. Imagine yourself in their place: you create a system that will do your work - automatically, faster and more accurately. What is your main task? To find a new job, and quickly!

Failure anatomy. In 2012, the Washington State Council of Community and Technical Colleges hired Ciber to deploy PeopleSoft ERP in 34 community colleges. The project was allocated $ 100 million (which was collected from students as a 2% tax) and it was planned that it would be fully implemented by 2015.

But by 2015, only a test launch of the system at three colleges (Tacoma, Spokane and Spokane Falls) was possible, and this was a complete failure. In addition to standard problems with bugs and glitches, it turned out that business processes in schools were not standardized. Because of this, the cost of the project has increased to $ 115 million, and the duration of its implementation was delayed until 2020. And the story would have ended on this, if not the Ciber bankruptcy. 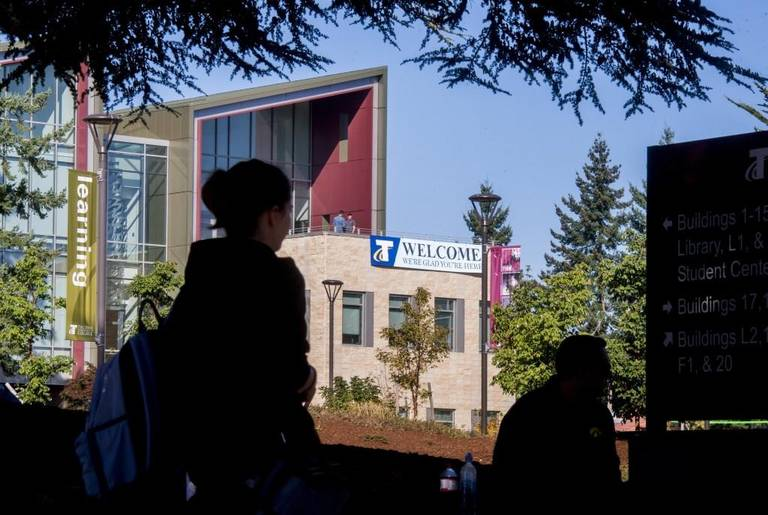 Washington State has agreed to pay $ 2.6 million to settle a dispute with a company that installs a problematic ERP

The bankrupt’s assets were bought by the Michigan HTC, which terminated the contract with the school system and sued it for $ 13 million in 2017, claiming that the unsuccessful implementation was caused by “internal dysfunction” by the colleges.

Tip. From this example, you can make three recommendations for companies that implement ERP-systems in their business:

Failure anatomy. In the period from 2013 to 2015, the Target retail chain opened 130 stores in Canada, and the company’s management decided to implement a new ERP system for effective business management in this region. Two years were allocated for the project, but at the end of the term it was never fully implemented, Target left Canada, and CBC News tagged this venture the “greatest failure”.

Due to inaccurate data, Target closed 133 stores in Canada, lost $ 2 billion and laid off 17,000 workers

And this is really a huge failure, which cost Target 2 billion dollars. And all because the American retailer ignored the "alarm bells", indicating a problem with the data from suppliers. The audit showed that only 30% of this data is correct (there are no errors in the name of the goods, dates, cargo sizes, bills, etc.).

Before the introduction of the new ERP system, problems related to inaccuracy of data were solved on the spot or simply ignored. For example, back in 2012, Target had serious problems with cargo transportation:

The company constantly experienced serious problems with logistics, against which the management decided to launch an aggressive expansion of the Canadian market and at the same time integrate the new ERP system. This is really the “greatest failure” in making management decisions.

Tip. Target experience says that before you run a project to develop and implement ERP, you need to solve the old problems of your business. And this is especially important if they concern to processes related to ERP processes.

In order not to go on the path of Target, before starting the development, think about such questions:

Failure anatomy. In 2016, Chris Vickery, a risk analyst at UpGuard (an Australian cyber-resistance startup company), discovered an open database on the network for the ERP system Pacific Gas & Electric Corp (PG&E), which contained information on 47,000 computers, servers, virtual machines and other company devices. It was a big scandal, because, according to the rules of the US Department of Homeland Security, electric power companies are part of the country's critical infrastructure.

PG&E failed to prevent data leakage, which threatened US security

After detecting a leak, PG&E first tried to blame the suppliers, then they said that it was “fake” data generated for ERP testing, but in the end they still recognized the authenticity of the information. An investigation showed that the database hit the network during the deployment of the asset management system: "The third-party supplier was provided with operational data of the company to fill in the "demonstration" database and test its work in actual manufacturing practice".

It’s unclear how a “demo” database got into the network. Chris Vickery believes that PG&E failed to protect the system during deployment or made negligence in granting access to information, which was used by hackers or simply curious individuals.

Tip. The history of the leakage of the PG&E database teaches us to treat production data responsibly. This is a valuable resource, the protection of which must be approached with the utmost responsibility, even if you transfer it to partners or service providers. In the case of PG&E, the best solution would be to use “fake” data (as they claimed), since transferring it to third parties does not pose any threat to you and your customers.

Failure anatomy. In February 2000, Nike shares collapsed by 20%, and the company lost 100 million lost profits due to an error in the ERP platform forecasting system developed by i2 Technologies. Nike paid $ 400 million for this software. 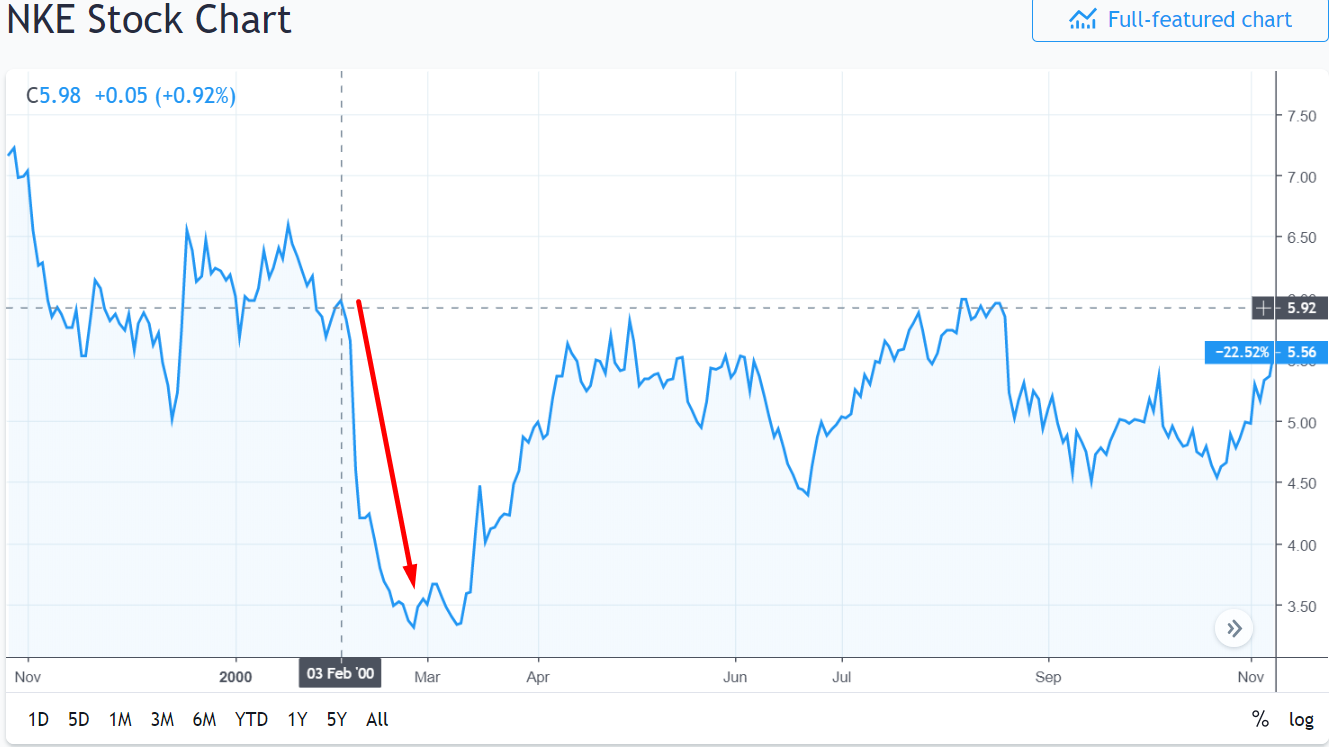 Market response statement from Nike about problems with ERP

When Nike discovered the problem, they first stated that the supply chain management system developed by i2 Technologies led to excessive inventory and delayed orders, which in turn led to lower profits (as we can see from past examples, partner accusations are a common occurrence in failures with the introduction of ERP). The statement led to a drop in stock prices of Nike and i2 Technologies.

The software company analyzed the software, found no errors, and sued Nike. Later it turned out that Nike’s management was not sufficiently trained in how to use the system, because of which an incorrect forecast was created at the level of factory orders. Then, according to Roland Wolfram, Nike's vice president of global operations and technology (2004), this “ripple” of inaccuracies spread to the supply chain and caused a large “wave” of inaccuracies.

Tip. From Nike's experience, you need to get two things:

6. HP and the "perfect storm" of problems

Failure anatomy. When in 2004 the American division of HP decided to switch to a new ERP system, its management knew everything about this process - under belt of the head of the project Cristina Hanger there were five such iterations. HP prepared an emergency plan and were prepared to reduce system performance and reduce sales. However, this did not help them - the company lost $ 400 million due to an unfortunate set of circumstances.

HP knew all about the implementation of ERP and were ready for force majeure, but did not count on the "perfect storm" of problems
Following the internal investigation, HP revealed the following problems of unsuccessful ERP integration: All this led to a loss of 160 million dollars: 40 million dollars - unfullfilled orders, 120 million - lost profit. Assuming that the cost of the project development and integration of the ERP-system reached to $ 30 million.

Tip. HP could have avoided most of the problems if they tried a new system on a small scale and only after that all services and departments were transferred to it.

Merehead does professional development of ERP System. If you have questions, contact us for a free consultation.

Merehead review. Vleppo is a startup, digital asset exchange platform based on the Komodo blockchain protocol.
Category: Development 12/19/2022
How to Choose a Custom ERP Software Development Company
So, you have decided to develop a personal ERP, your next step is the choice of the company-developer. And it is this choice that will ultimately determine whether your project will succeed or lead to an expensive failure. 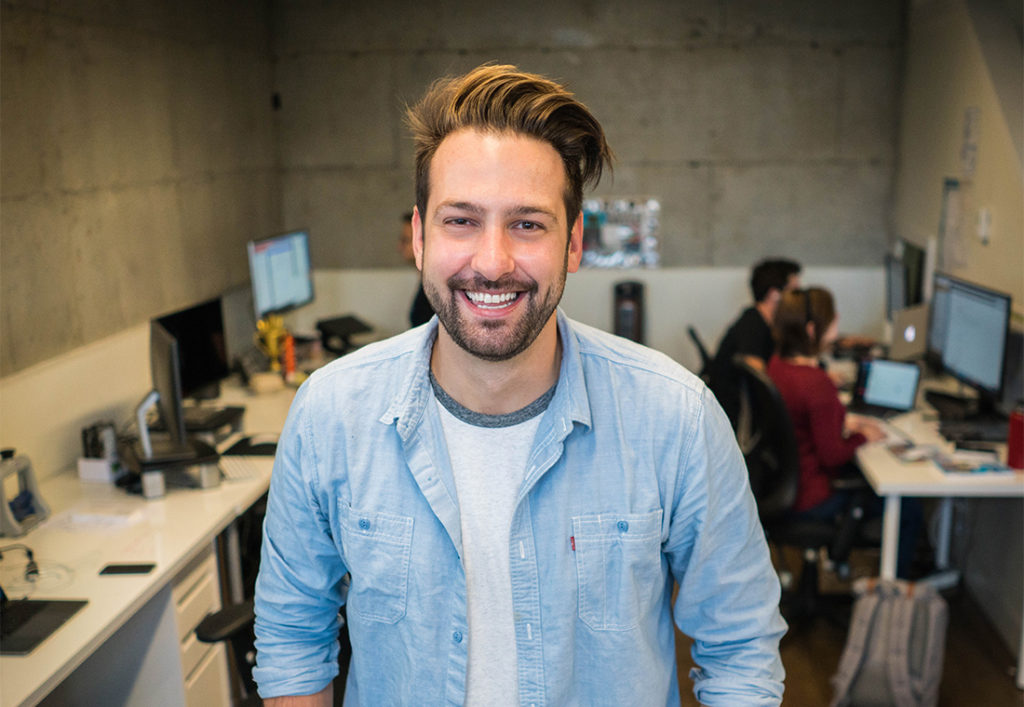 Category: Development 12/27/2022
How Much Does It Cost to Develop an ERP Software
Realizing all the advantages of working with ERP, you decided to implement one of these systems in your business. But after analyzing various ready-made solutions that are offered online, you did not find a suitable option - sample programs do not meet the tasks, business processes and features of your company. What to do in this case? The answer is simple: develop ERP from scratch. 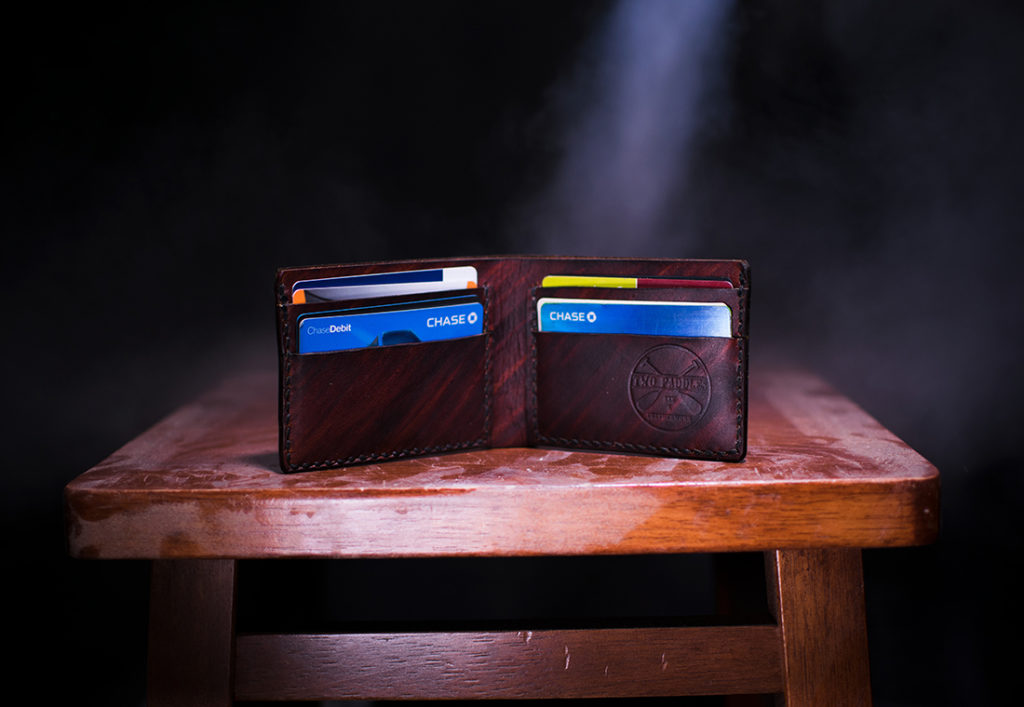 Category: Development 12/06/2022
How to Build an ERP System from Scratch
According to the report Panorama Consulting Solutions 2018, about 23% of ERP implementations were unsuccessful. The main reasons for the failure are the purchase of an unnecessary ready-made system and inadequate planning. Today we will look at how to avoid these problems with the help of the right approach to the development and implementation of the ERP platform from scratch.