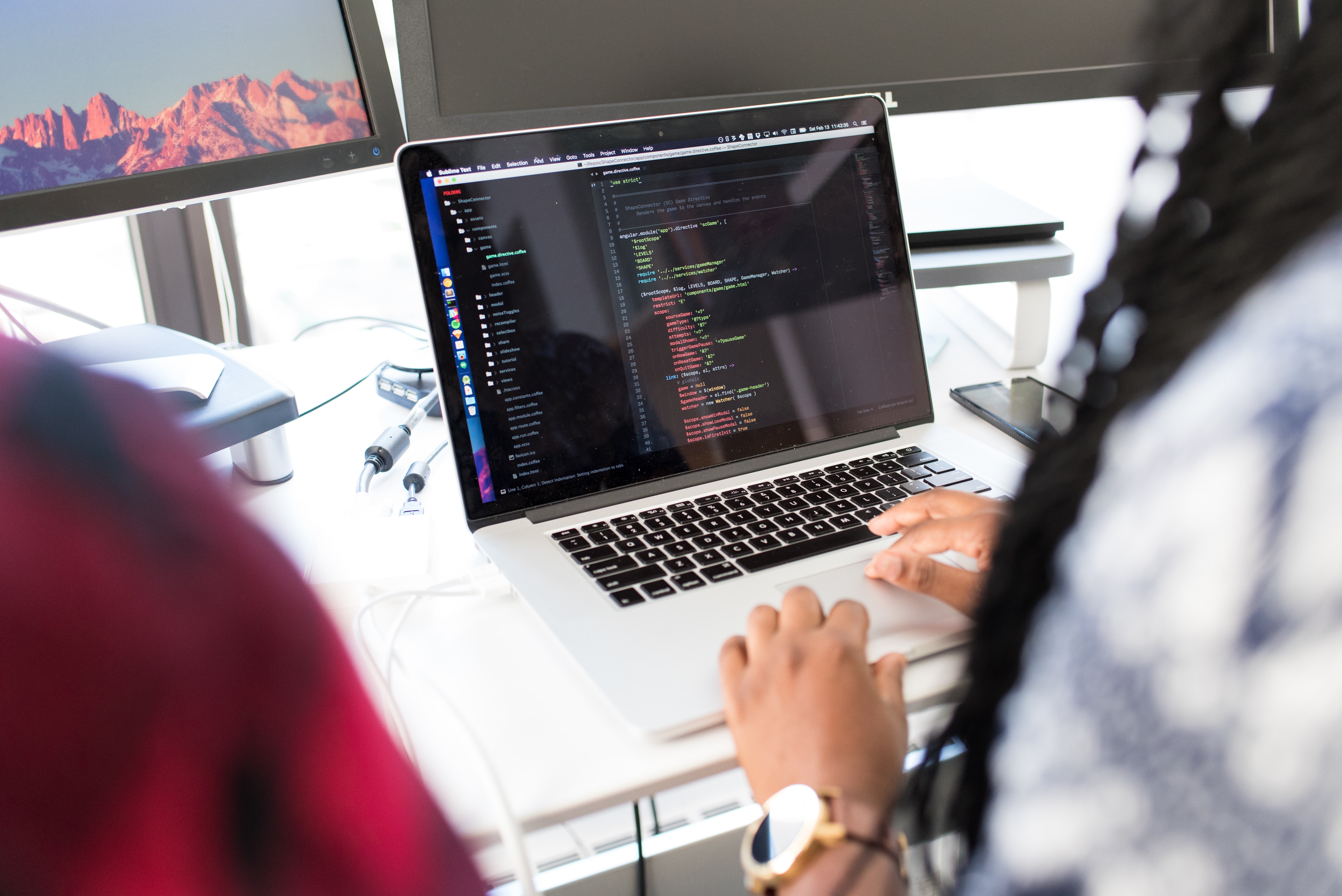 Write to Alexander
Merehead / Blog / Trends / Backеnd Development Trends: Best Backend Frameworks in 2022
Subscribe to our newsletter
You are the rock.
Thank you!

Backеnd development entails the use of tools, frameworks, and other resources to develop a website’s engine. The engine is always composed of several basic components, which are inextricably linked to the server, databases, website’s root, external and internal resources. The component, which is linked to the server, can be considered the most important in terms of programming so you should look at the most powerful backend technologies that are going to be in demand in 2022.

Backеnd frameworks are essential to both products and developers themselves. Programmers always take note of what tools they are about to work with at a specific job. In particular, this is taken into consideration during the choice of a company to cooperate with. Stack Overflow annually publishes statistical reviews related to developers, web development tools, and other components.

The graph below excellently illustrates the results, so we may conclude that it’s frameworks, programming languages, and various technologies that are the most important in this regard. The programmers evaluate this factor on a first-priority basis when choosing a workplace.

Oftentimes a specific developer knows only one framework at a satisfactorily high level; therefore, it’s crucial to determine which one of them is better and will be popular in 2022 to start learning it right now.

By choosing frameworks, which hold leading positions in this rating, the developer won’t be left irrelevant anyway. According to the latest research, the most promising frameworks seem to be Django, Node.js/Express, and Spring Boot. Each of them is highly professional, but you shouldn’t dismiss their particular advantages, specificities, and even shortcomings.


A statistical approach to learning programming languages and frameworks

To determine those frameworks, which can be at the height of their popularity in the next year, you need to see those sites that do statistical researches of development environments, assess the users’ interest, and analyze frameworks from different points of view.

The first service that makes regular statistical reviews is GitHut. Specifically, it offers extended information about the repositories. This resource collects detailed data about active file repositories, a total number of Pull Requests, and other information – including tasks and the number of the project subscribers, etc.

Another popular service is Stack Overflow. It usually offers quite valuable information as it studies not only frameworks and programming languages but also the users’ opinions of them. According to Stack Overflow, Node.js/Express is now a leader among other frameworks that the developers are using for backend development. Other frameworks, which we’ve talked about earlier, are a little lower in the rating. According to the research of Stack Overflow, the following frameworks are going to be the leaders: the project on the JavaScript language, the project with the use of the Node.js/Express framework, then Spring and Django.

If you consider the repositories of the frameworks’ platforms, it will help you to make a final conclusion of these frameworks.

You can see the number of forks and stars concerning each of the frameworks here, but the first indicator is far more important.

Express framework for the Node.js platform

Node.js is a server platform, in addressing which you cannot ignore the fact that it meets the majority of developers’ requirements and is based on the popular programming language – JavaScript. It has a significant feature – the V8 engine.

Most world-famous projects are based on this engine; for example, Chrome browser and other browser programs that are developed on its basis. You can write a code, which will be executed on the server, on this platform due to the above-mentioned framework. This specifies the high value of the platform to the programmers.

The popularity and efficiency of Node.js are beyond comparison and this is due to many positive qualities including performance and the possibility to create projects of various types and purposes on its basis.

Node.js served as a basis for the creation of many different frameworks, not only Express; however, it’s the one that is considered the most popular and sought-after.

It offers developers input/output API interfaces, event-driven, and asynchronous. In addition, it can interpret the JavaScript code with the Google V8 JavaScript engine. Moreover, it works with a single-thread cycle event-driven so that all operations are performed without the blocking.

The main strengths of Express include the following:

Code on JavaScript in the implementation is far more compact than the one, which is written in some other language; for instance, C. It guarantees a high speed of writing and working of this code. Units of the Node.js platform are in the form of ready code fragments, so you can use both them and your own developments. The framework isn’t picky about the resources and is easily scalable if needed. The platform offers a lot of units, which can be used in microarchitectural development as building blocks for server apps.

As judged by the advantages of the platform in general and particularly the Express framework, it can be said that this is quite a popular direction for development in 2022. Many famous companies already use these tools and developers make a lot of money for their work on the platform.

As for Spring Boot, this project is a reliable framework for the creation of server apps. It’s also based on Java and was created to simplify the work on microservices. It’s created by Pivotal Software, Inc. and can be used for both traditional WAR apps and standalone Java apps. Spring Boot helps the developers to proceed with programming without wasting time on preparation and setting up the environment. Unlike other Java environments, it provides flexible XML configurations, reliable batch processing, database transactions, a simple workflow, and a broad range of development tools. It usually works by providing default values for codes and the configuration of annotations, which will help you launch any new Spring project in real time instantly. It also follows the «default configuration» strategy to exclude template configurations and other configurations meant for the improvement of unit testing procedures, development, and integration testing.

Spring is great for development and has a lot of advantages and special features:

The Spring Boot framework aimed to help developers reduce the development time and enhance the performance by providing the default unit setting and integration tests. If you need to launch a project quickly, you can just adopt all default values and skip the XML configuration. Spring Boot is an extension of Spring, which makes the development, testing, and deployment more convenient. MIT, Platform, Zillow, TransferWise, and Intuit are among the companies, which actively use this framework.

An extensive set of frameworks and libraries, simplicity, and universality turned Python into one of the most popular programming languages. Django is well-known as a high-level framework for Python that combines different libraries. Developers can use it for the creation of effective apps because this framework is suitable almost for any project.

Django was released in 2005 and it has already become one of the most popular web frameworks among many developers. It was created as a framework in the Python programming language. Thanks to a set of right features, Django reduces the code amount, which simplifies the creation of web apps and speeds up the development.

Less popular, but yet good frameworks

There are other frameworks, which are particularly popular with developers. So they cannot be discounted in the prospects for 2022.

This framework for PHP is highly appreciated due to its high level of organization, a large set of elements, and effectiveness. It refers to open-source PHP platforms and contains various libraries that help to perform a standard set of tasks.

CakePHP has the following advantages:

It’s easy to manage and databases are easy to control.

Web apps with this framework are very easy to create. This is a set of tools and convenient libraries, due to which a high quality of the end product is ensured.

The use of ASP.NET Core has the following advantages:

ASP.NET Core is cross-functional and flexible. It also provides the developers with convenient development tools, which simplify the creation, testing, and implementation of apps.

Phoenix is somewhat similar to Ruby on Rails. This is a server structure, which is developed in the Elixir programming language and includes generators as well as other tools and components. Among Phoenix’s benefits, we should note the possibility to create scalable and highly effective web apps with its help. The framework provides the necessary level of performance and effectiveness.

Flask is a lightweight Python framework. It’s usually classified as a microframework. This framework allows selecting necessary libraries and tools. It’s based on such projects as Jinja2, Pocoo, and Werkzeug. A lot of developers don’t see Flask as a serious and promising framework. Anyway, it has advantages that enable it to thrive:

This framework also has well-structured documentation.

Each of the mentioned above frameworks can win the power in 2022 because all of them have the necessary qualities and characteristics for that. The review of the most popular and promising frameworks should help to highlight the most significant development environment that should be learnt and used later this year. Although programming doesn’t stand still and new developments are emerging daily, the old ones don’t fade into obscurity either so you shouldn’t forget them.