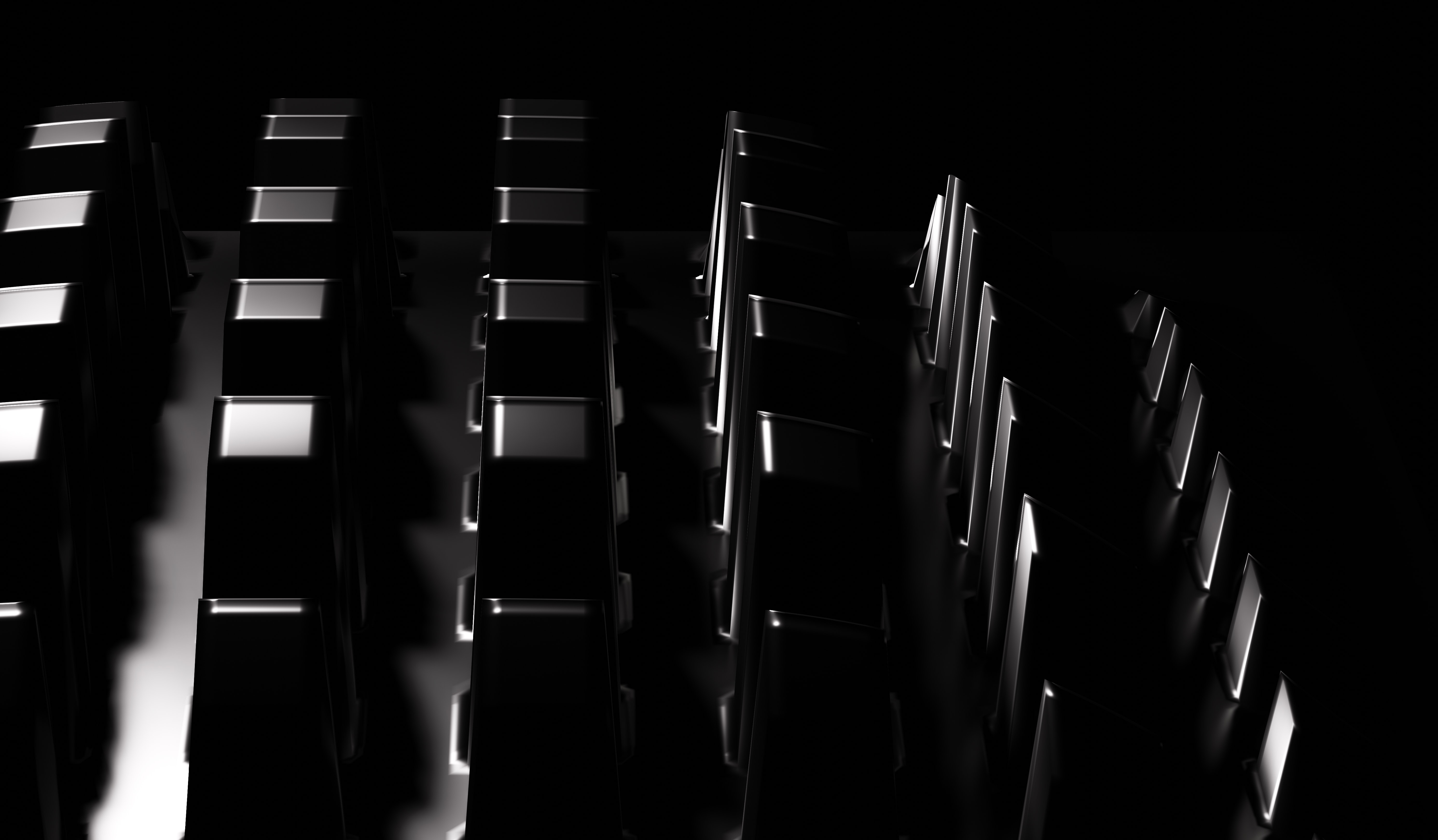 Write to Alexander
Merehead / Blog / Development / How to Develop Taxi Service like Uklon?
Are there any questions?
Alexander Safonov
Write to the expert

Uklon is the first and most significant Ukrainian ride-sharing taxi service. Furthermore, Uklon is a vivid example of how a local company can successfully compete with giant enterprises that work on the global market. This article will show how the Ukrainian startup withstands significant competitors. Also, it will tell how to develop a taxi service like the Uklon application.

Uklon company derived in 2009 from Evos, who was a typical example of a traditional taxi service. Initially, they planned to develop a service that inherited the existing market from its predecessor. Yet, the user analysis showed that this initiative would not be backed up by support. So, they’ve launched an online platform offering rides to Ukrainian citizens as a brand-new service.

They’ve done it even before the Uber beta version; hence, the Uklon company representatives claim that Uklon is not an Uber clone, yet vice-versa, they are pioneers in the market. However, the fact is that the Ukrainian platform implemented only online taxi calling, while Uber drastically changed the traditional taxi service business models.

Nonetheless, Uklon offered a faster and more comfortable search for drives compared to traditional taxi services that worked via dispatch control centers. Therefore, they reach developers rapidly and even attempt to enter the global market. Still, in 2012 the development speed reduced, and in four years, Uklon almost went bankrupt since Uber entered the Ukrainian taxi service market in 2016.

As Uklon’s founder shared, Uber did much damage to them:

It helped Uber to capture ⅓ of Kyiv’s market in half a year, and Uklon faced the prospect of financial ruin. It stimulated the Ukrainian company to take several critical steps for survival. First, the brand stopped the Evos taxi service and directed all resources to Uklon. Second, the Ukrainian platform has begun to work directly with the drivers. Third, Uklon updated the functionality of their application, left only the most valuable functions, and compiled them according to competitors’ best practices (basically analyzing Uber). Thus, Uklon became almost a complete clone of its primary competitor – Uber.

Furthermore, Uklon invested several times more resources in marketing (before Uber in Ukraine, Uklon didn’t bother much about marketing). The company reinforced its PR department and cooperated with young TikTokers and Instagram bloggers. New strategies helped them to grow two-fold more compared to 2009. The company actively promoted new functions like ‘’Security overwatch’’ that enabled users to blocklist the drivers they do not like and use the SOS button under extreme circumstances during a ride.

The number of times Monobank (Ukrainian neobank) users ordered a taxi. Source
The functionality updates and marketing efforts helped Uklon to remain the leader in the Ukrainian market up to 2018, when another competitor – Bolt, entered the market. Uklon gradually lost its influence in the following years until Bolt captured the TOP-1 position. Now Uklon is on the TOP-3 list of taxi services in Ukraine.

How to develop an Uklon analog?

As it’s clear with the Ukrainian services and its successful competition with Uber (borrowing booming solutions and functions and excellent marketing), we can proceed with the instructions on developing your analog in Ukraine.

The market and target niche

First, you have to determine what platform for taxi services you want to offer to the market. It will require not only copying an Uklon-like application and the services, yet launching other services based on the Ukrainian startup business model. Here are several niches you may use for your benefit: Moreover, if your project focuses on a broad market, you can consider niched taxi services, like taxis for children, e-taxi of premium class, car-sharing services for women, etc. Thus, your service will stand out among the others, which can give significant bonuses in personalized marketing.

It’s advisable to start with a pilot project in one or several significant cities. It allows testing the idea and technology on a relatively small audience (it will reduce the reputation risk if the project fails) and with a smaller budget. If it works, you can think of a further expansion.

Next, you will have to decide upon the business model and monetization. Uklon now uses the same business model as Uber. The taxi service doesn’t have its fleet of cars; it’s a public platform that any driver who meets the requirements can use to provide a taxi service. Uklon allows clients to order a car or sit with another passenger to save money on the ride. The communication between the passenger (client) and the driver (service supplier) is via the mobile application without calls and text messages. The client uses the application to set the departure and arrival points while the platform plans the route and finds a driver. Passengers can refuse a car if they dislike the condition, rating, or driver’s behavior. Also, the platform processes the payment.

Roles and functions of taxi applications

Uklon is not a single application; it includes three services for three user roles: applications for passengers and drivers and one for administration and analysis. You will need these three applications for your Uklon analog too. Here is the detailed description.

Passengers (clients). These are users who use your platform to call a taxi. They will need a mobile application, so no desktop version is necessary. Optionally, you may create a landing page for service description, feedback, and uploading the mobile application.

Here is the list of essential functions for passengers.

Taxi drivers. This platform will work for the drivers. It also requires application implementation and a landing with info on the requirements for drivers and registration rules.

Here is the list of the application's primary functions for passengers:

Business owners. The administration panel allows the owners and employees to manage the taxi service and adjust its work. It is a desktop application or web interface that runs on internet browsers.

The technology stack for Uklon development:

By the way, Uber made its API public recently, so you can use it to launch your taxi service or expand your current business opportunities; for example, integrate home delivery service if you own a restaurant or bar.

When all decisions are made, and all requirements for the platform are clear, the development team starts the design creation and uses it as a basement for the front end (user interface for three roles). The technical architecture is the basement for the backend (server part and API).

Testing is the system and components evaluation process that helps determine whether the application meets the requirements. Put simply, testing is finding issues, gaps, and inconsistencies that contradict the actual needs and identifying missing requirements.

After thorough testing, the application goes from the work environment to the production environment; it arrives at Google Play, App Store, Amazon App Store, and Microsoft Store listing. You can describe it and add several application screenshots with particular functions to familiarize the users with the application and increase their chances of downloading it.

The cost of developing an Uklon clone

The difficulty, functionality, design, platform features, and integration you select will determine the price and development duration. Here is an approximate estimation of developers’ efforts in hours for three Uklon interfaces. 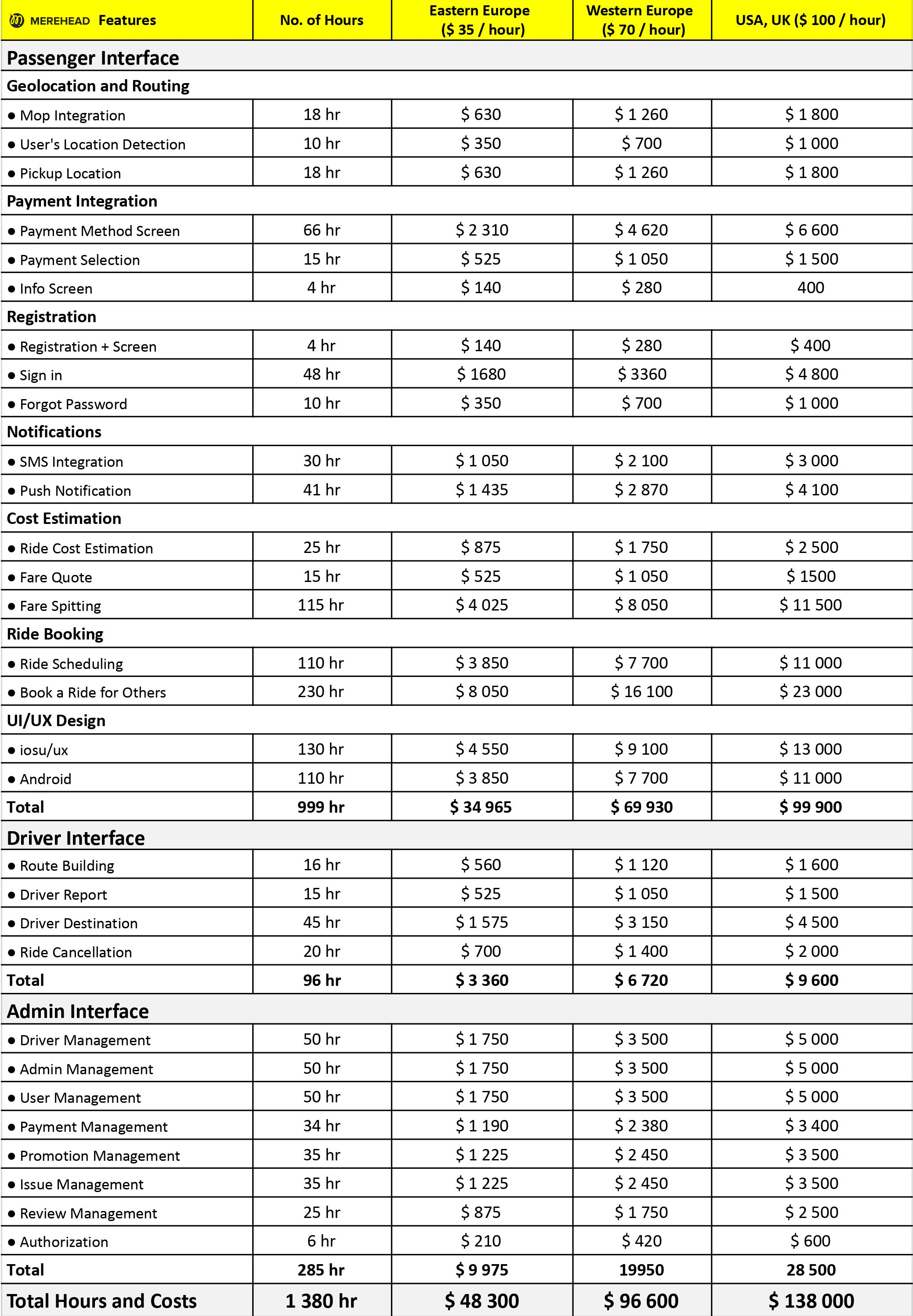 How to Develop Taxi Service like Uklon? key takeaways:

Merehead does professional development of develop service like uklon. If you have questions, contact us for a free consultation.