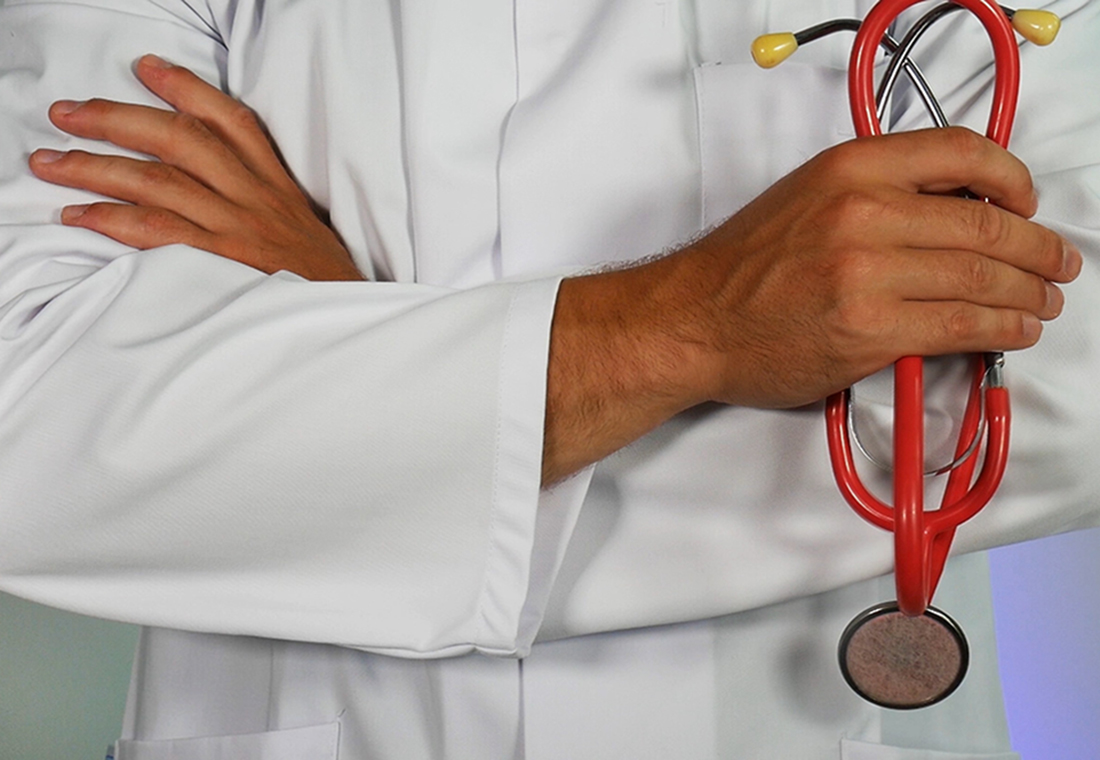 Write to Yuri
Merehead / Blog / 5 Ways Medical Mobile Apps Can Evolve in 2019
Subscribe to our newsletter
You are the rock.
Thank you!

Established digital marketing agencies and businesses, benefit a lot by having a digital presence to increase visibility and outrank their competitors. The year 2018 was marked by an increase in the adoption of medical mobile apps to 46%, making them the second most broadly adopted technology in healthcare. Medical apps are gaining popularity with patients as they enable individuals to monitor their health in real time without spending time and money visiting a doctor. Here are five trends in healthcare app development that are likely to become more prominent in 2019. 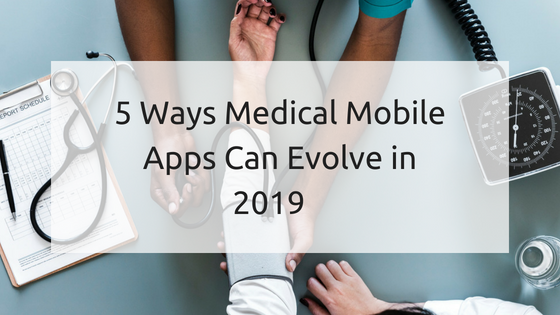 According to the PwC Health Research Institute, 75% of healthcare providers are going to invest in machine learning and artificial intelligence (AI). The major driver of investments in AI is its ability to automate routine tasks such as paperwork and scheduling. On the patient side, AI-based mobile applications can analyse health data and provide personalised recommendations at any convenient time without the need to physically visit the doctor. Typically mobile developed using Swift or Kotlin in 2020, check out that article for other details.

The level of trust in the reliability of medical AI among patients, particularly those of younger generations (18-44), is very high. In a recent survey, 46% of respondents preferred AI-assisted surgery to traditional surgery. After the respondents were provided with more information about the benefits of robot surgery, this figure jumped to 56%. Similarly, almost half of potential users appreciate the easy availability and time effectiveness of diagnostic apps using AI and less than a quarter are concerned about the security of the data uploaded to such apps (see the figure below). 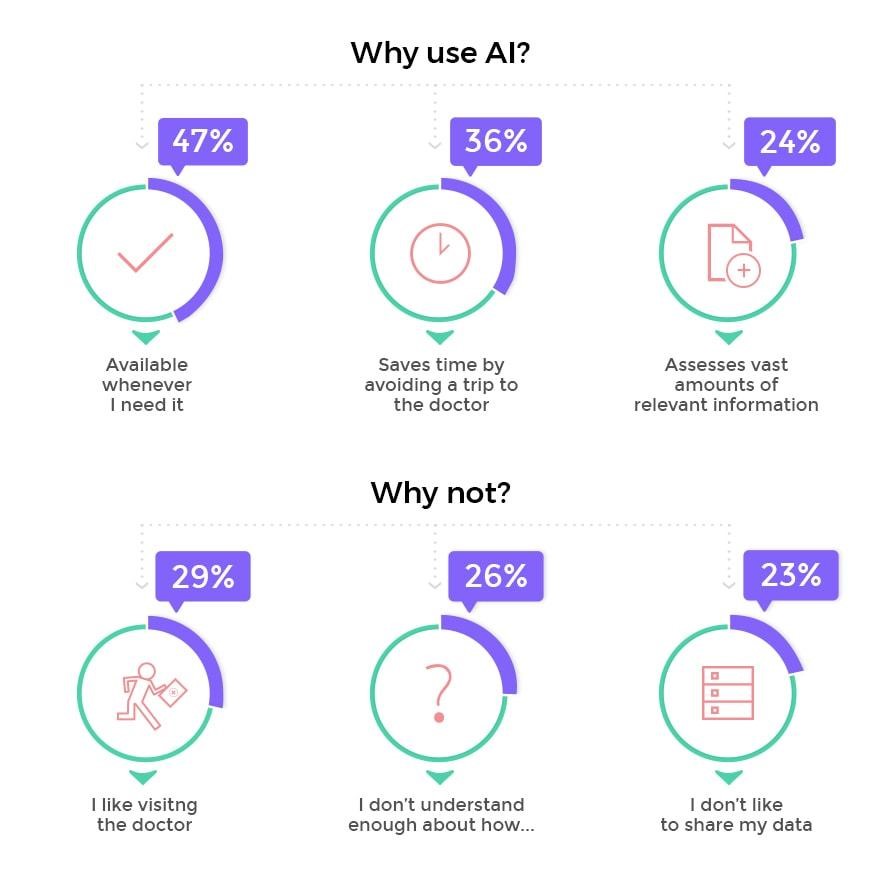 The patients’ willingness to use AI-based apps will encourage their further development. However, it is important to inform patients that at the current level of technology advancement, medical apps cannot fully substitute an examination by a doctor, particularly if any serious health issues are suspected.

Healthcare apps of the nearest future can be enabled to integrate data from smartphones, wearables and smart sensors. This integrated data can be used by clinicians to establish a more precise diagnosis. The patient’s health indicators will be monitored by wearables and sensors in real time and shared by the app across other authorised devices using internet-of-things (IoT). The patient will be able to view the collected data on their smartphone, and the clinician will not have to add it manually to electronic records as this addition can be automated.

For example, a patient with Type II diabetes may be interested in the smartphone app monitoring the sugar level in their blood and giving warning when it gets higher. Being IoT-enabled, this app can obtain sugar level data directly from the glucometer that is used by the patient. The app can also share the data with the patient’s doctor. When the patient arrives, the doctor will already be aware of her sugar level dynamics in the period between visits.

Internet-of-things is a network of interconnected objects, such as wearables, medical devices and smartphones that exchange data with each other without direct human intervention. IoT has been identified in recent scientific research as a potentially transformative technology for healthcare, yet its broader implementation has long been hindered by data security concerns. However, this problem can be solved by adopting blockchain alongside IoT for medical apps.

Blockchain is a decentralised information system where data can be stored and exchanged without a need for establishing trust between parties. Blockchain is the technological basis of cryptocurrencies and has a strong reputation for transaction security, which makes it desirable for use in medical apps. With soaring patient concerns about privacy, blockchain offers a way to ensure that data is safe and readily available from smartphone at the same time.

Blockchain-based apps can store a great amount of data from multiple patients, obtained from clinical and non-clinical sources (e. g. input by patients themselves) alike. Analysing this data, the apps can provide users with estimates of how their health indicators compared with the general population.

Most importantly, each patient can rest assured that their data can be accessed only by the authorised party, e. g. their doctor, that has the keys to decipher it. The decentralised nature of blockchain insulates against a large-scale security breach.

When a clinical data centre is hacked, all patients records stored there can be accessed by malicious parties. A blockchain network does not have any central nodes that accumulate large amounts of data. All transactions are organised in blocks and processed by the party with the largest computational power. The processing party cannot view the data as it is encrypted by virtually unbreakable keys.

Storytelling has become a major app development trend in 2018, and still going to be useful for graphic design trends in 2021. A storytelling app design is essentially a sequence of steps that are easy to follow, with a beginning and an end. In healthcare, a simple example is an app for blood pressure control. The beginning is the user’s current blood pressure level. The end is the user-set goal, e. g. keeping blood pressure within a safe corridor over the next month. The intermediate steps are taken by the user every day by measuring blood pressure. Thus, the user creates their own story of keeping their health issue in check.

Gamification is similar to storytelling in that it transforms health monitoring into a more engaging process. For example, the user may receive intra-app rewards for every day their blood pressure was up to the target or for every step taken to keep it that, e. g. exercising or taking medicine timely. Such app design is likely to be appreciated by patients as it turns the routine task of health monitoring into a quest that is exciting to complete.

Voice-activated interfaces can accept voice commands from users, instead of or along with the more conventional input methods. Healthcare apps using such interfaces are likely to be appreciated by those patients who are, for a variety of reasons, uncomfortable with sensory buttons. Many people prefer voice-activated interfaces, such as those of Siri and Alexa virtual assistants, just for the sake of convenience.

The main barrier to the adoption of voice-activated interfaces in mobile apps is that the current natural language recognition technologies are still far from perfect. For example, an app may fail to properly recognise a command when the same words are put in a different order. App developers can approach this challenge by leaving only a few essential functions in the app that can be easily voice-coded.

The ways in which medical apps can evolve in 2019 are related to their ‘hidden’ (internal mechanics) and ‘surface’ (directly experienced by user) aspects alike. Blockchain, IoT and AI have the potential to greatly enhance the diagnostic effectiveness, information sharing and data security within healthcare apps. Gamification and voice-activated interfaces will facilitate user engagement and convenience. Overall, the advancement of medical apps keeps pace with the general trends of the mobile market, with more trust and loyalty demonstrated by customers, which in turn stimulate mobile app developers to experiment with new technologies and find new areas of application.

Become a master of the Rubik's Cube with this online tutorial. Learn how to solve the cube with the beginner's method!