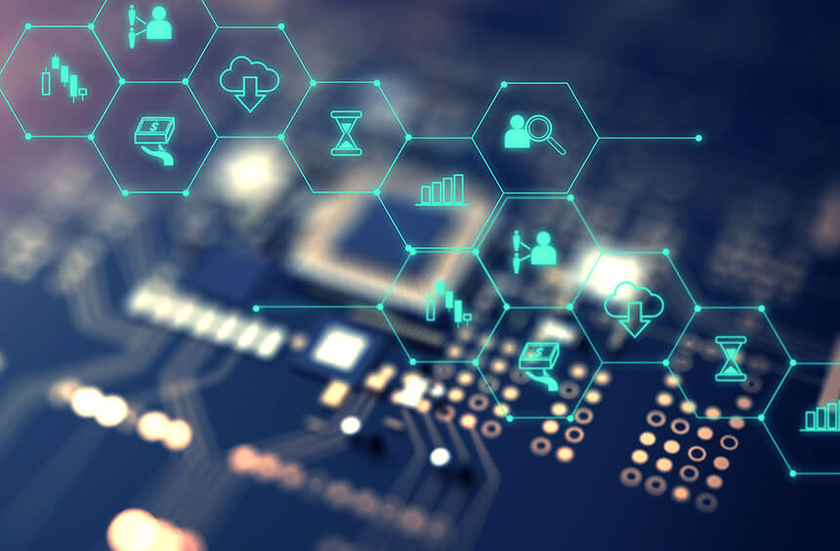 Top 6 Blockchain Trends to Watch for 2021

Write to Yuri
Merehead / Blog / Trends / Top 6 Blockchain Trends to Watch for 2021
Subscribe to our newsletter
You are the rock.
Thank you!

Looking at the blockchain development, it’s safe to say that this technology is the future. The main driver of blockchain evolution, for the time being, is financial organizations, but the integration of blockchain into government agencies and the real sector is already amazing. All steps blockchain takes on its evolution path, allow us to define the main trends, which are the most promising and beneficial to maintain. Here are several trends, which have the greatest potential if you ask me. I’ve decided to tell about six of them, which I’ve divided into those, which have a positive base and those, which have a negative base.


Integration of blockchain into government agencies

Initially, the integration of blockchain into government agencies has been considered a risky project and has been practiced by small states only. Now everything’s changed. We should analyze the latest news. Japan’s Finance Minister recently stated that blockchain technology could be essential in the continuing global fight against the COVID-19 pandemic. Thailand is going to launch a new juridical document storage system. Authorities of Columbia have promised to support cryptocurrency and blockchain payment systems. Talking about blockchain in goverment, Vietnam is already using akaChain – a special blockchain platform, which helps to accelerate the digital transformation of the country. South Korea has adapted over a million driver’s licenses to the blockchain system. 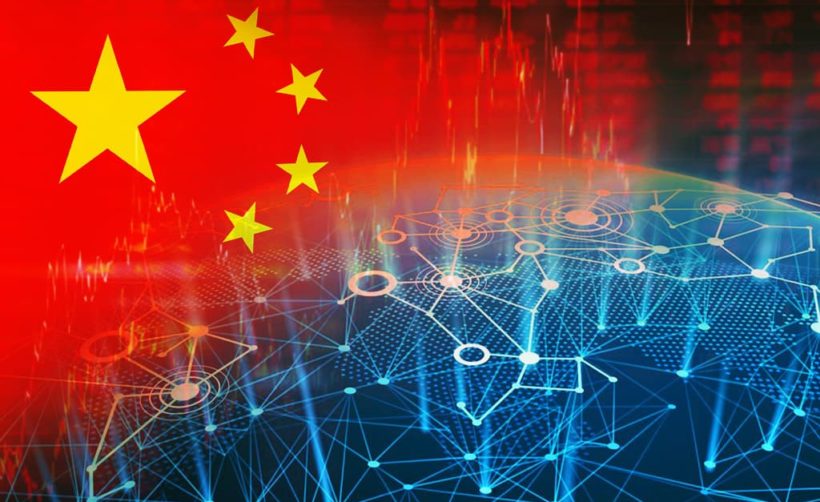 Nevertheless, contrasted with the latest news, it loses all its awesomeness despite its impressive dimensions: while the central banks of the majority of large States are only exploring the promising opportunities of this technology, China is getting ready to issue «a crypto yuan». For the time being, China is playing an incredibly important role in all areas that are related to politics and the economy. Blockchain is taking the Celestial Empire to the level, which is beyond the reach of other global market players. Under the present circumstances, blockchain penetration into day-to-day life and business knowledge about the digital transformation without question can be called «a soft force» in international diplomacy. Moreover, the use of blockchain technologies in voting has been and remains an absolute trend. 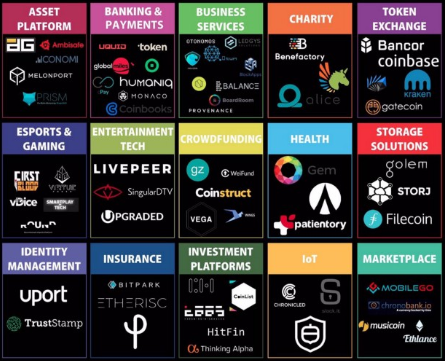 Unquestionably, the results of pilot projects of previous years can be called at least satisfying if not excellent. The time of a really massive introduction of blockchain into the field of supplies and inventory is coming. A year of trial and error was 2016, which has been marked by cooperation between Walmart and IBM for the purpose of tracking food products. The result was a common commercial use of the Food Trust blockchain platform. IBM has decided not to stop there and a trade solution in the field of freight called Tradelens was launched after a long-standing partnership with Maersk in 2018.

Experiments have born fruit and the news came about the launch of new platforms not only by the pioneer of this practice – the Walmart company (their platform has been tracking not only shipping but also payment for 70 shipping companies and hundreds of retailers) but also by other companies. For instance, the largest automakers Volvo and Ford (to track the supply of cobalt used in lithium-ion batteries), a food corporation Nestle (it launches a pilot on a blockchain to track the origin of coffee and baby milk), and Amazon, Infosys, and many other companies (to control the supply of wine). The above-stated things are only particular instances. Blockchain in the real sector is more of a global phenomenon than the privilege of certain businessmen. Hence, it would be wise for new market players to adopt this method.

We shouldn’t also forget about the fact that major electricity companies and industry associations launch a lot of new projects. For instance, a Spanish utility Iberdrola was searching for an energy source with the help of blockchain to guarantee the users a renewable («green») energy not long ago. Another great news is that the global association Energy Web Foundation is launching the first public blockchain, which is specialized for the energy sector. The nearest yeas blockchain technology also will be integrated into gas and oil industry.

Investment in blockchain in the electricity area is expected to grow to $3 billion by 2025. This is an entirely feasible number because a total of approximately $600 million was invested in similar projects last year.


Driving a financial evolution by banks 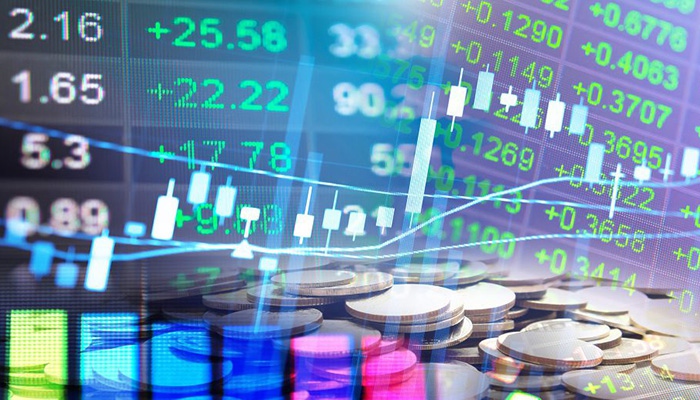 The development of blockchain technology has been advancing very quickly but it can’t be called seamless. The latest most-talked-about problems are the following:

A steady competition increase in a market of public blockchains won’t slow down yet awhile. This means that success will be possible only for those projects, which will be able not only to overcome their internal contradictions but also to consider the new directions of use of this technology. In particular, the ecosystem of decentralized finances and protocols of interoperability of various blockchains.

One of the main indicators of driving is a new level of conflict with regulators. This conflict lies in the indifference of heads of government payment systems to support the creation of similar private systems. This is understandable and logical; however, it’s provoking a negative reaction from society. Quite striking examples are a recent hearing on the Libra project and a lawsuit by the U.S. Securities and Exchange Commission against Telegram Group Inc. and TON Issuer Inc.

The first conflict has been marked by the expression of concern regarding the possibility of access to the extensive client base of Facebook and its use by technological and financial giants. As a result, Mark Zuckerberg had to assure the Congress that he won’t launch Libra until it receives the green light from U.S. regulators and thereat lose PayPal, Visa, MasterCard, eBay, Stripe, and Mercado Pago as partners in Libra Association. Nevertheless, Zuckerberg and his team haven’t given up especially since a bill was introduced to the United States House of Representatives, which said that stablecoins should be classified as securities. From a legal viewpoint, everything went perfect, but it’s likely that the project will need to be represented after a while due to a never-ending criticism of authorities of the United Kingdom, Germany, Italy, Canada, USA, France, Japan.

The situation with Telegram Group Inc. is like legal debates: at first, the SEC representative insisted that the token of the project should be considered a security, whereupon the ICO and IDO would have been considered an illegal distribution of securities. Then, Telegram Group challenged this decision, and on January 10, 2020, U. S. Securities and Exchange Commission provided evidence that the sale of Gram tokens was carried out even after the end of the main part of the campaign involving third parties. For this reason, on January 13, the court ordered Telegram Group Inc. to disclose data on its banking operations concerning the sale of GRAM tokens until February 26.

The abovementioned facts demonstrate that despite all its novelty and utility, it’s still early for blockchain to fight the government regulators. Except there’s no turning back because the users have already recognized all opportunities of new platforms and they’re ready to trust them more than banks. The compromise solution has been found pretty quickly and the current trend has become the use of blockchain by major financial institutions. The latest pieces of news on this issue worth mentioning are:

A negative base (a short explanation: most problems, which have a negative base, are related to the perception and consequently a human factor; and not the software or competition):

Solving problems of misunderstanding of blockchain

1) A variety of capabilities of blockchain

A very serious problem is ignoring blockchain as a tool to create audit logs. As Gartner states, IT directors mostly deploy blockchain to solve those problems, which can be easily solved by a regular database. A result of such a thing is ignoring key features such as tokenization, smart contracts, and decentralized consensus. The experts predict that 90% of blockchain projects will require replacement within a year. The solution to this problem, which is rapidly approaching the status of a trend, is obvious: realization of the fact that blockchain is something more than a usual database and it’s meant for more difficult tasks.

The reverse of the coin is a misperception of the extent of the blockchain use. It’s conceived solely as a database or a data storage system, which makes one forget that scaling this technology is highly problematic at the moment. The reason is the fact that each node in the peer-to-peer network holds a copy of a ledger upon each update and the performance is inversely proportional to the growth. The solution to this problem also alludes to the conscious approach to it: the specialists recommend reviewing the requirements for data management in blockchain systems and using more traditional solutions in certain cases.

As a rule, companies perceive blockchain as something completely ready for production use. In fact, a large share of the market still is platforms, which aren’t adapted to the full-scale implementation in the operation of enterprises at all. They all focus on different things. Some focus on confidentiality, some on tokenization, others on universal computing. The vast majority of existing systems fall short of security standards and don’t have interoperability with the majority of modern tools for network management services. That is why the choice of blockchain-based systems as an adequate substitute for an ordinary database should be a deliberate decision, which is made in full recognition of the fact that the system can often fail to provide what’s needed. In most cases, the reason for this is not the human factor – it’s the limits of the technology at this point. The conclusion is that you need to give up on high expectations at the beginning and see blockchain as a tool, which has both advantages and disadvantages.

3) Confusing a protocol with a business solution

Blockchain is a foundation-level technology and not a complete application with a user interface, business logic, data persistence, and interoperability mechanisms. No one has yet described this problem better than Adrian Leow: «When it comes to blockchain, there is the implicit assumption that the foundation-level technology is not far removed from a complete application solution. This is not the case. It helps to view blockchain as a protocol to perform a certain task within a full application. No one would assume a protocol can be the sole base for a whole e-commerce system or a decentralized blockchain social network».


Assuming that smart contracts are a solved problem

Merehead does professional development of blockchain trends 2021. If you have questions, contact us for a free consultation.

Category: Trends 11/18/2021
Blockchain Trends and Predictions 2019
Blockchain is under discussion industry of the 2 years. In fact, this industry is much larger than the earnings on cryptocurrency, as it seems to many. We offer you a list of new blockchain trends that are relevant now and will retain their influence in 2019 not near future of development. 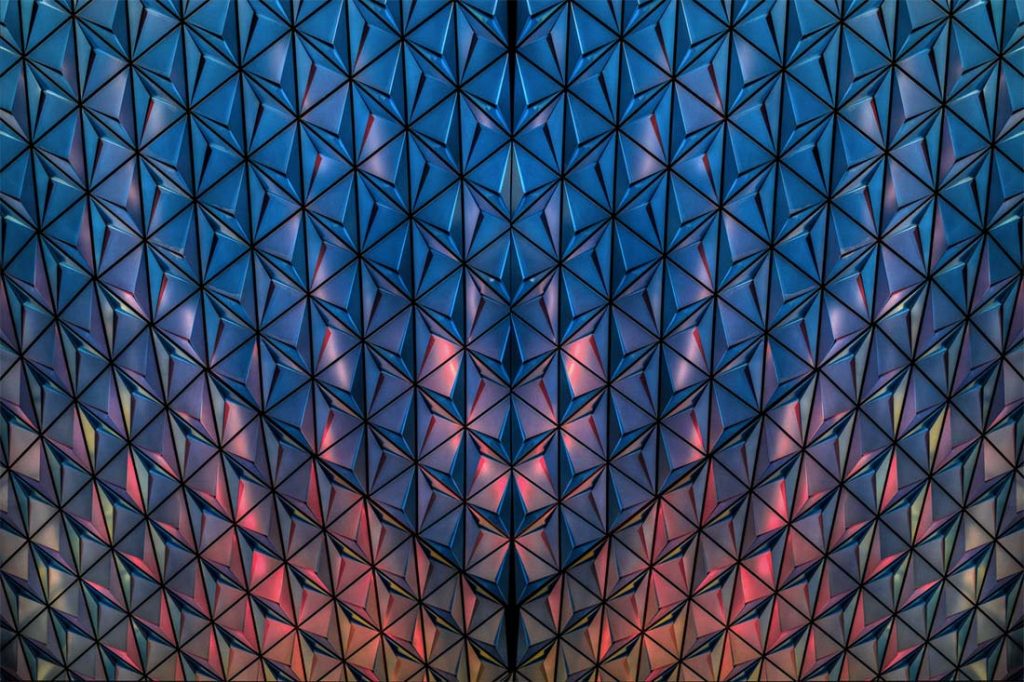 Category: Trends 11/18/2021
Blockchain Trends Predictions for 2020 to Watch For
Until 2020 is still far away. But technologies are developing at such a speed that next year’s trends need to be thought of as early as possible. Especially if it concerns the blockchain, the possibilities of which are still not fully disclosed. 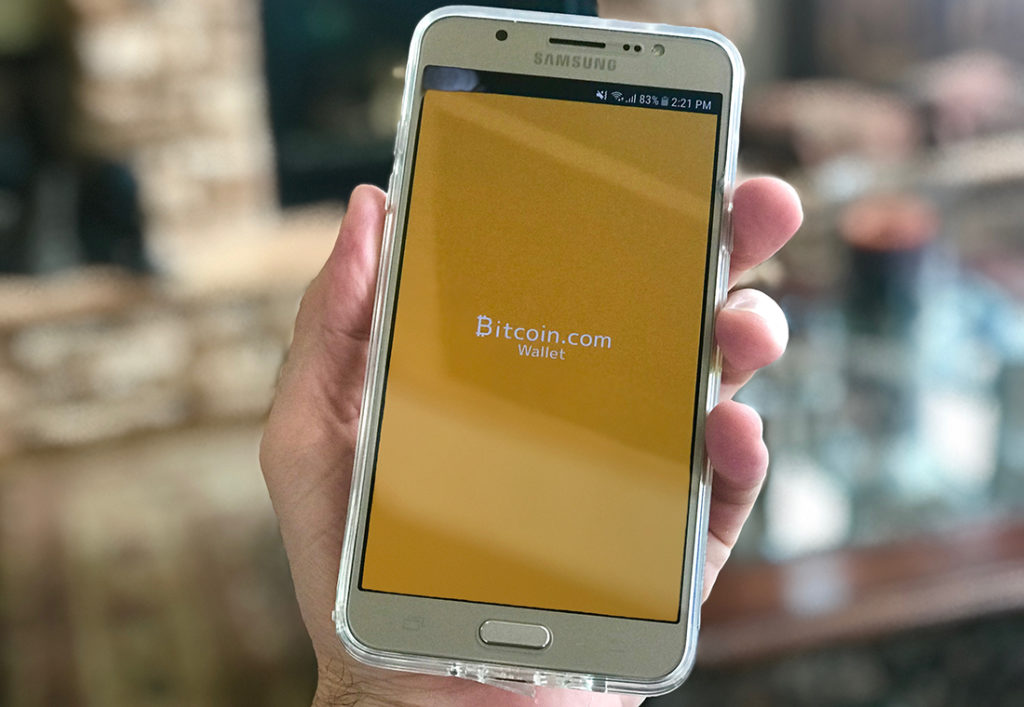 Category: Trends 11/18/2021
Top 5 Blockchain Trends of 2022
Today it is difficult to surprise someone with virtual technologies since they have firmly entered our everyday life and are actively popularized. Blockchain 2022 is considered one of the technologies of the future. According to many experts, this system can contribute to the development of cybersecurity, and will also help to qualitatively improve many areas of human activity. 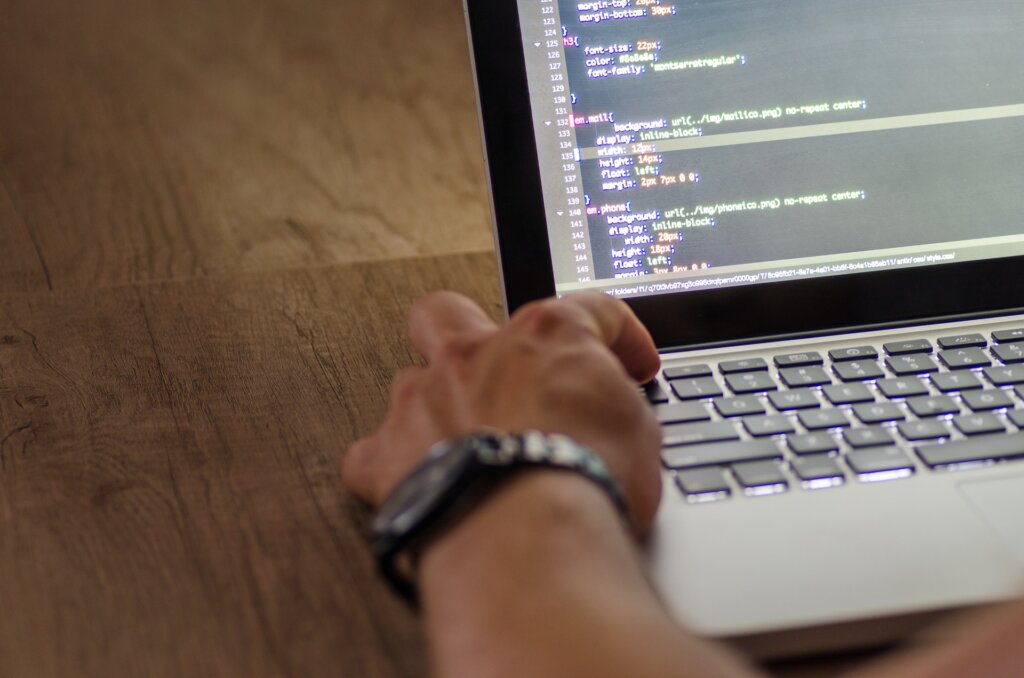