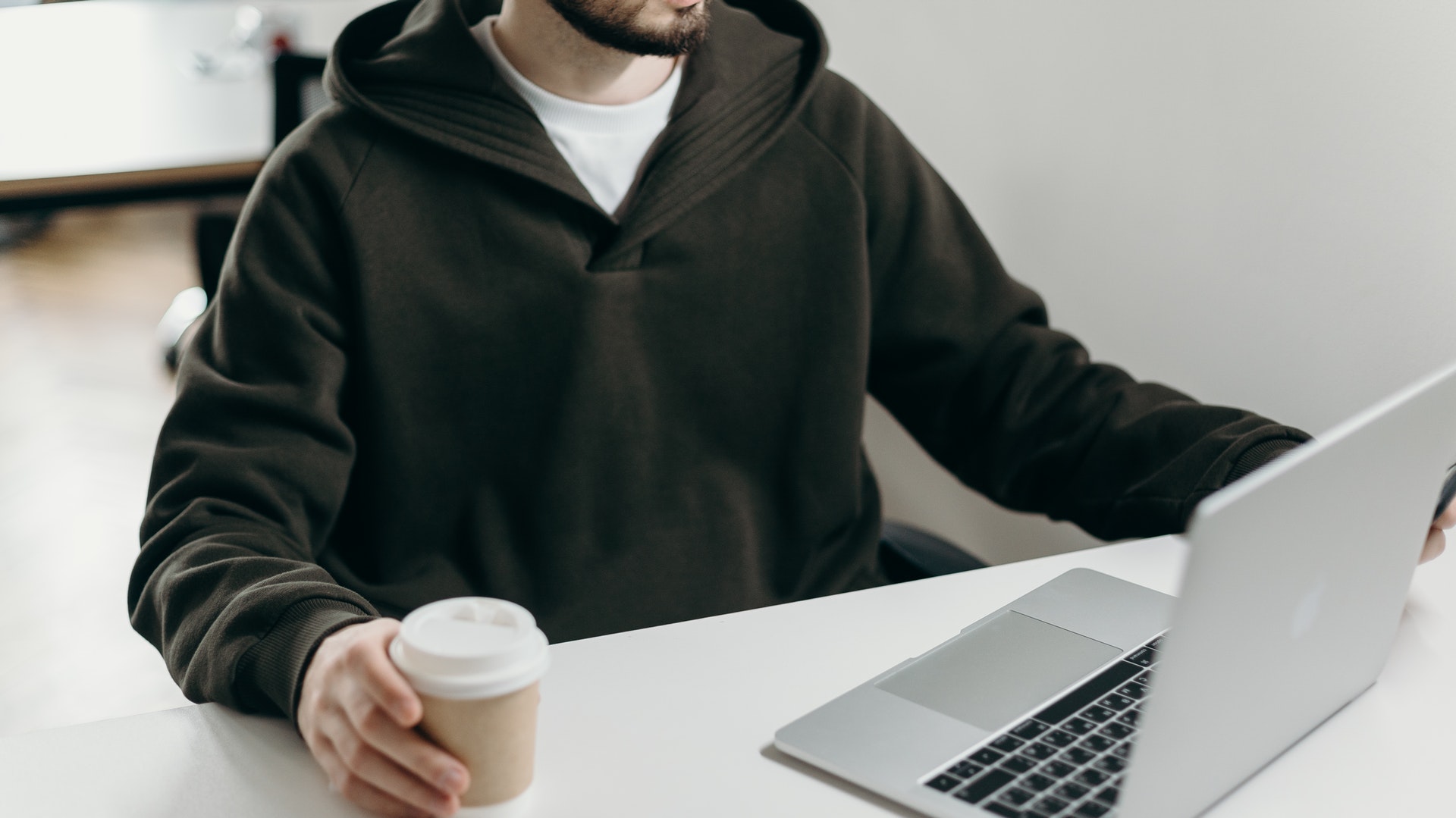 How Build Your Own SaaS Platform?

Write to Yuri
Merehead / Blog / Development / How Build Your Own SaaS Platform?
Are there any questions?
Yuri Musienko
Write to the expert

Software as a service, or SaaS, is one of the fastest growing markets: according to Gartner forecasts, the industry will reach $ 144 billion in 2022, although in 2019 its annual turnover did not exceed $ 95 billion. Below we will tell you how to enter this market by creating your own SaaS platform.

The first step towards building your own SaaS solution is to have a clear understanding of what exactly you want to do, i.e. what problem and how do you want to solve with the help of cloud technologies. This is usually just simplifying things or moving software to the cloud, which frees up hard drive space and gives you access to the product anywhere in the world with a network connection.

The simplest example is Google Docs or Microsoft's Office 365: software for working with documents that previously needed to be installed on a computer was transferred to the cloud. Another simple example is a management app like Trello: a cloud-based project management system based on traditional kanban boards.

More complex examples are Shopify, WooCommerce, BigCommerce, Magento, Squarespace and other e-Commerce solutions. They greatly simplify and speed up the process of creating online stores, thanks to which anyone can launch a marketplace in a few hours (15 minutes, if you know exactly what to do), spending only $ 200 to subscribe and purchase a website template.

The most sophisticated SaaS solutions are projects such as TradeLens and MediLedger, which combine supply chain participants into one ecosystem with a common database, workflow, payment solutions, cargo tracking and process automation. More on this in the Maersk blockchain use case.

If you analyze the above examples and other commercially successful SaaS solutions, you will notice that at the heart of their business ideas there is something in common:

The latter is very important, since not all promising business ideas can be realized at the current level of development and / or diffusion of technologies. For example, the first attempts to launch a cloud video game streaming platform were back in 2010-2014, and then they, in fact, failed due to the low Internet speed of ordinary gamers. And only now, after 10 years, the number of gamers with fast enough internet has grown to the point where such platforms become commercially successful.

SaaS companies with the largest capitalization and recognition. Source
The next step after you understand what kind of SaaS platform you want to launch is competitor analysis: design, features, marketing and advertising, pricing, etc. This will help you understand how other startups have implemented a similar idea to yours, what the target audience expects, what functions and design decisions were taken positively, and what caused rejection.

If some competitors managed to conquer the market, becoming its face, like Amazon, Spotify or Uber, then when launching SaaS it would be reasonable to focus on such projects, but either bet on a narrower niche, or implement everything at a higher level. Launching a niche SaaS project is faster, cheaper, and less risky. It is longer, more expensive and risky to create an improved analogue of an existing project, but if it is successful, you can get much more profit.

Here are the most popular SaaS solutions by industry:

What monetization models are used by the most popular apps. Source
If you are planning to launch a commercial platform, you need to decide in advance on its monetization in order to immediately implement the corresponding functions in your SaaS product. This is how most cloud projects make money:

Design is the most important component of the success of any modern application, since it determines the user experience and, ultimately, the profitability of the platform. When designing your SaaS platform, use the following principles:

FreshBooks only requires an email address to register

Simplify adoption. Lack of instructions for user adoption or poor implementation of this function can mislead or confuse the user, which can lead him to go to competitors. To prevent this from happening, carefully consider the process of introducing the user to your service, as, for example, the developers of the corporate messenger Slack did. 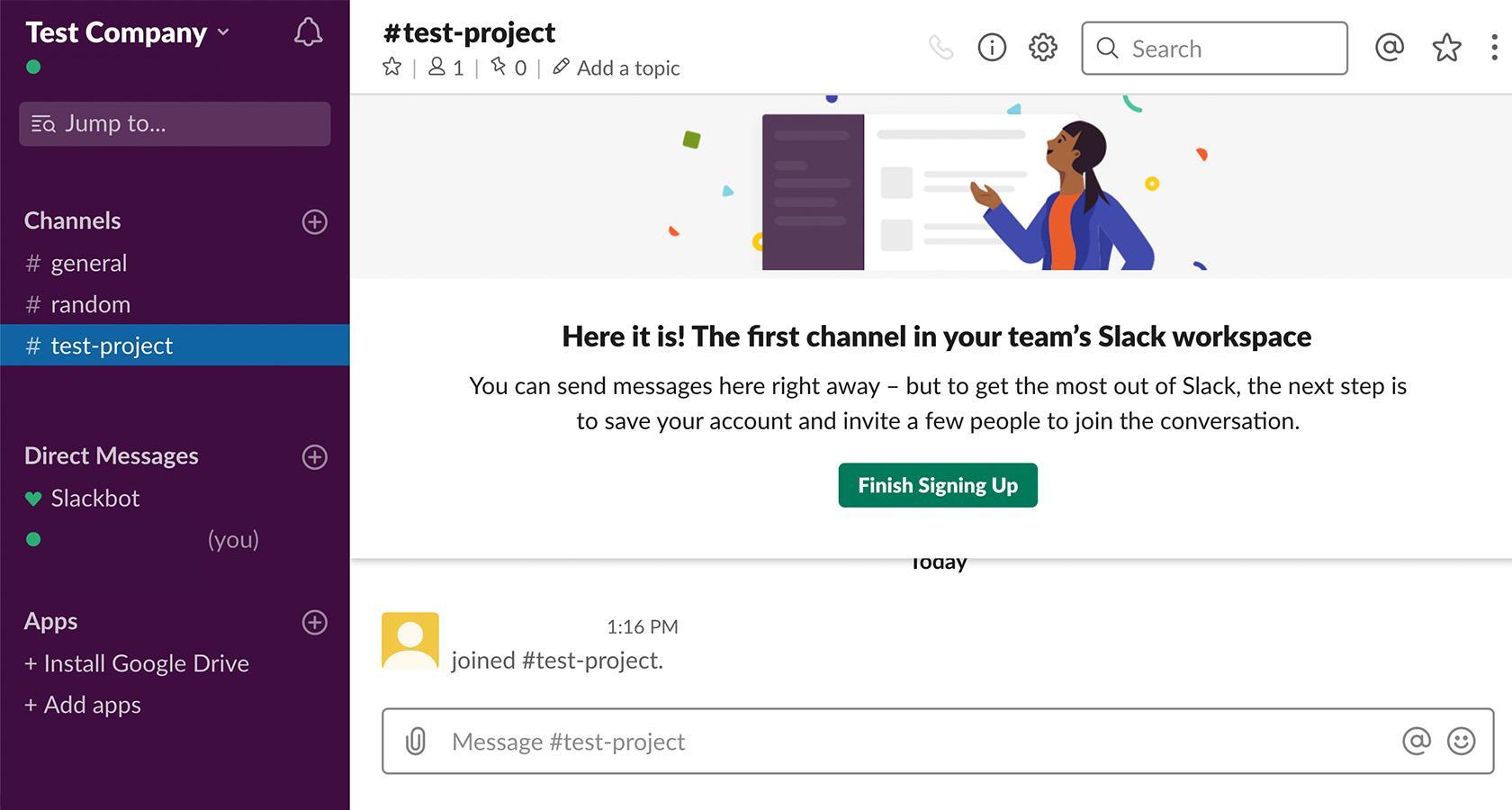 Slack offers a series of questions to answer to build and customize your team. And if the user still has questions, then the artificial intelligence of Slackbot will answer them.

Optimize your navigation. A competent implementation of information architecture and navigation will help the user quickly find what he needs on your platform. Good examples of this design can be found on sites such as Airnbnb and Hootsuite. So, on Airnbnb, the user gradually receives information as his request is clarified. Whereas on Hootsuite, the user was provided with a global side navigation bar with which he can understand where he is now and how to navigate to the section he needs. 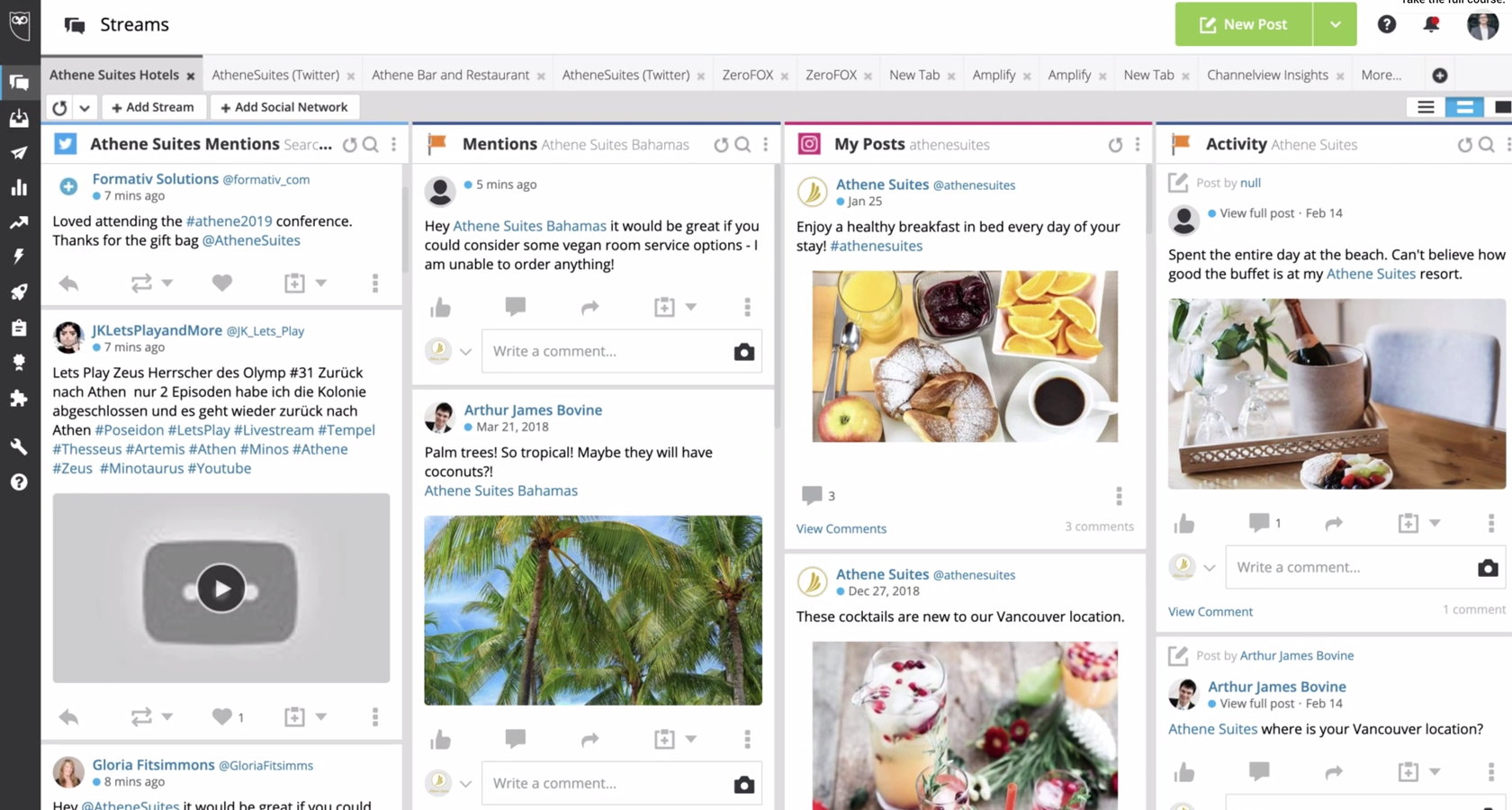 Optimize dashboards. If your SaaS platform involves working with large arrays of various data, make sure that the user receives it in the most visual form, that is, in such a way that he immediately understands the current state, what has changed recently, what tasks need to be undertaken in the first place, what problems to solve. An example of this are the Klipfolio dashboards. 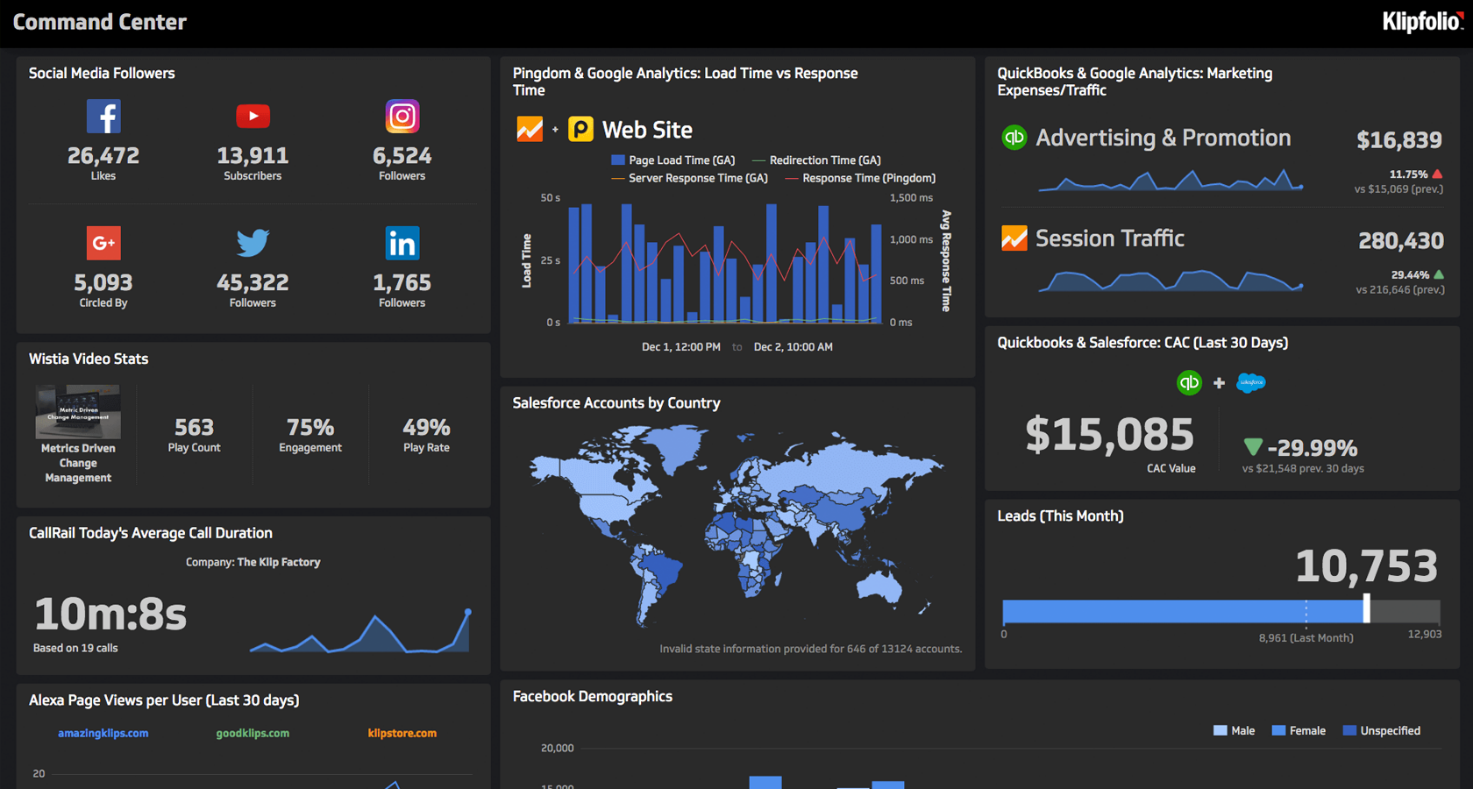 Having decided what your platform should be and what monetization model you will use, you can start developing the minimum viable product (MVP). The goal of an MVP is to spend the least amount of time and money on proof of concept and whether users will agree to pay money for it. You can create an MVP yourself or with the help of an outsourcing company.

To create a small SaaS solution yourself, you will need a product manager and two software engineers who will work on the project 40 hours a month for six months. Depending on the country, it will cost from 20 thousand dollars (Eastern Europe) to 100 thousand dollars (USA, Western Europe). This is the budget for projects like Qualified and Vested.

For more complex projects, it is better to hire a development company with experience in developing SaaS projects and understanding the specifics of the chosen niche. How to find such a partner is described in the article: «How to choose a Development Company». Here is the estimated development cost depending on the complexity of the project.

How Build Your Own SaaS Platform? key takeaways:

Merehead does professional development of develop own SaaS platform. If you have questions, contact us for a free consultation.

Merehead review. Vleppo is a startup, digital asset exchange platform based on the Komodo blockchain protocol.
Category: Development 01/05/2023
How Much Does it Cost to Start a SaaS Startup?
It is impossible to calculate how much it will cost you to launch a SaaS startup without a detailed description of the best business ideas, since many factors affect the cost of developing such software. Therefore, in this article, instead of reading the coffee grounds, we will simply indicate how much it costs to develop the MVP of fifteen successful SaaS startups. 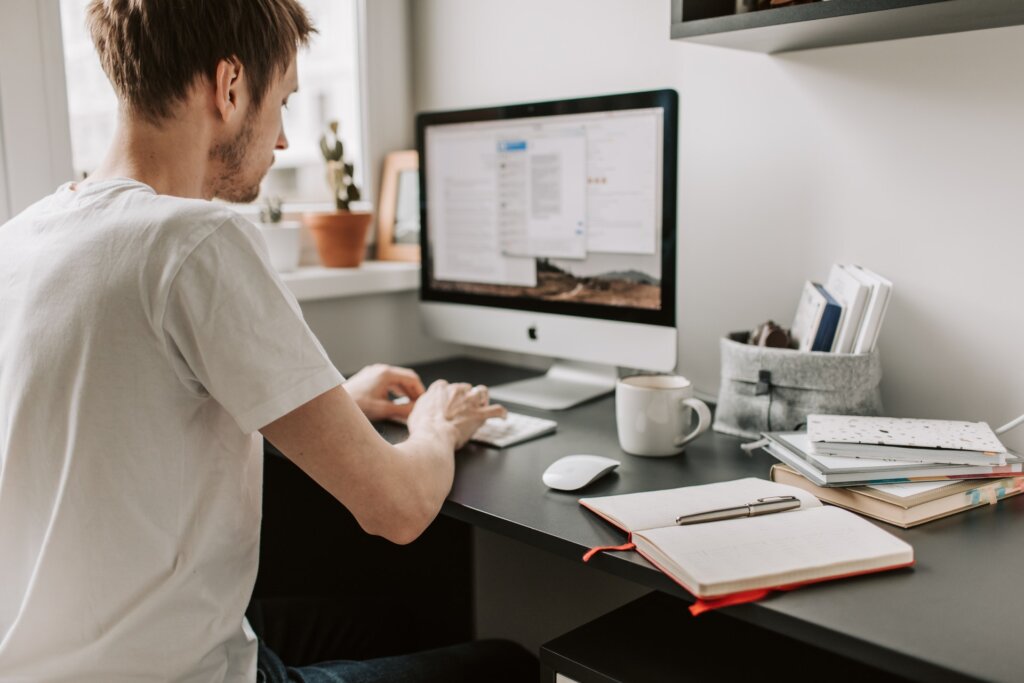