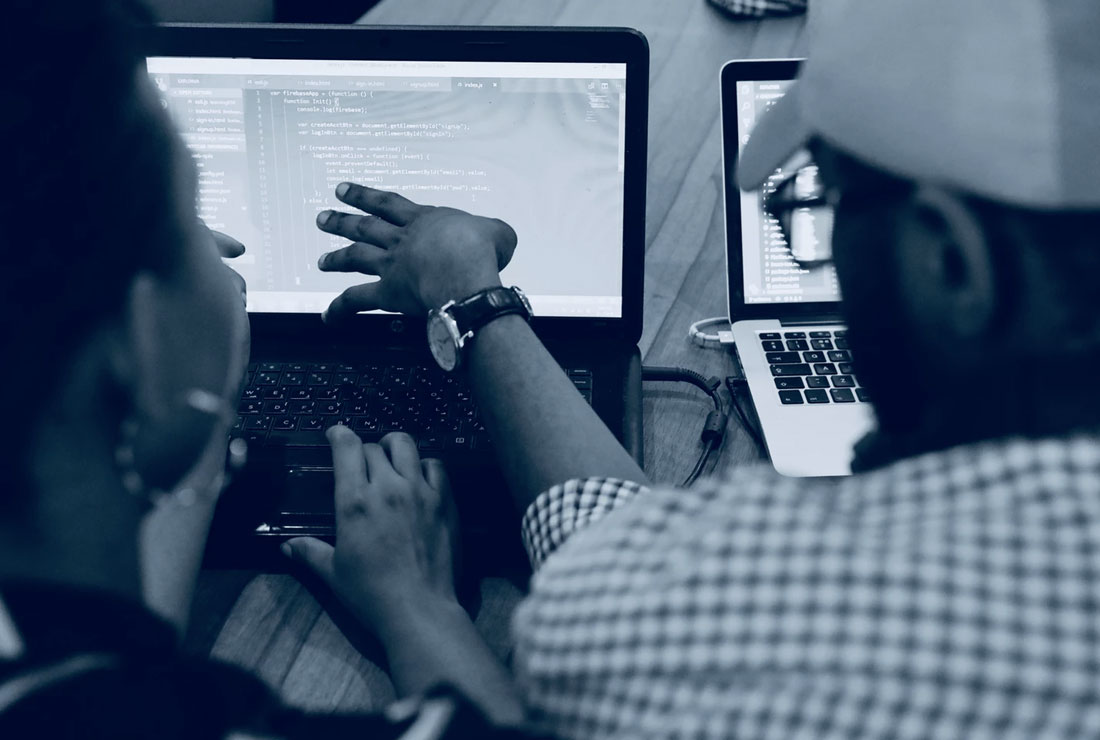 Best Blockchain Frameworks You Should Know About

Write to Eugene
Merehead / Blog / Coding / Best Blockchain Frameworks You Should Know About
Subscribe to our newsletter
You are the rock.
Thank you!

We describe the 10 most promising blockchain frameworks for private and public networks. Tell about their features, advantages and disadvantages.

The blockchain frameworks are a software solution that simplifies the development, deployment, and support of technically complex products. Usually, the framework contains only the blockchain framework and its basic modules, and all specific components are implemented by the developer based on them. Thereby, a high development rate is achieved while maintaining the stability and performance of the final product.

An open source framework for creating and launching virtually any decentralized online services on the Ethereum (DApps) that operate on the basis of smart contracts. The concept of the project was proposed by Vitalik Buterin in 2013, but it was only possible to implement it in 2015.

Ethereum is based on four key components:

1. EVM. This is the so-called “full Turing environment” in which you can run DApps written in one of several popular programming languages. In other words, instead of creating a separate framework for each language or application, they all work on the same blockchain. This makes the Dapps development process more efficient and simple.

2. Smart contracts. Computer algorithm for the exchange of cryptocurrency, real estate, gold or other value without the participation of third parties - the guarantors. Smart contract is executed automatically subject to certain conditions specified in its code.

3. DApps. Decentralized applications that use smart contracts for various purposes: putting digital signatures, forecasting stock markets, guaranteeing the transfer of valuables, and the like. More than half of live DApps - Ethereum applications. 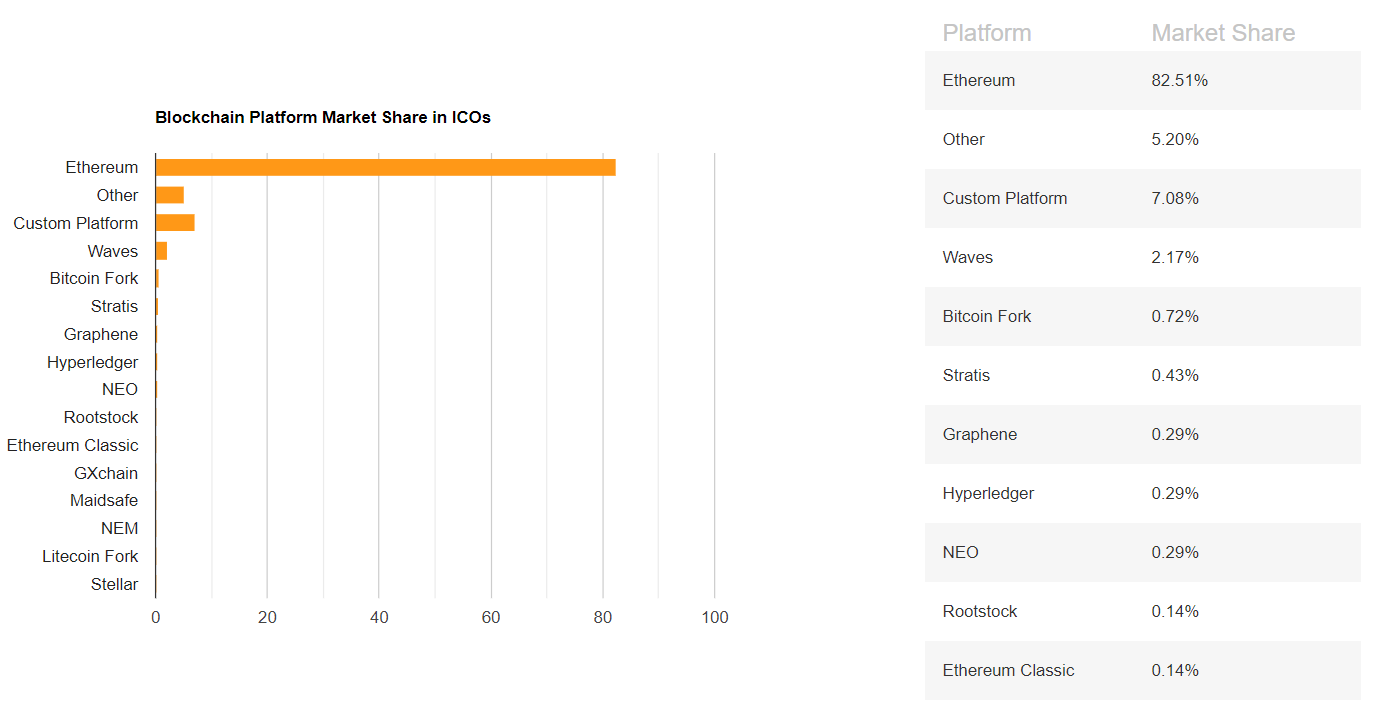 Ethereum is the most popular framework. Eight projects out of ten are created on its framework, most of which are new cryptocurrencies and DApps for business. The success of Ethereum is due to the fact that this is the first platform on which full-fledged smart contracts are implemented and this is the first platform where it is relatively quick and easy to launch ICO.

Now Ethereum's popularity is declining, as ICO's popularity is falling due to pressure from government regulators. But you should take into account the fact that this framework was often used by scammers to launch scam projects. Consequently, reducing the number of scammers leads to a decrease in the popularity of Ethereum, which does not affect the relevance of the Ethereum framework among honest developers.

The framework of the first and most famous cryptocurrency in the world. It was created in 2009 by a person or a group of people under the common pseudonym Satoshi Nakamoto. Bitcoin blockchain is the progenitor of a significant part of the first twenty of cryptocurrencies: Ethereum, Litecoin, Dash, Bitcoin Cash, Bitcoin SV and others.

Now the Bitcoin framework is losing in popularity with the rest of the blockchains, since it is old and slow. But you shouldn’t write it off, because Bitcoin has the largest capitalization and audience, and it also develops, as a decentralized system - the community decides in which direction the network will develop, what update to bring and how to wait.

Thanks to this, a lot of talented programmers who create unique solutions work on the Bitcoin code: Segregated Witness (SegWit), Lightning Network and others. And, importantly, these innovations do not change the decentralized nature of the platform and do not sacrifice security for the sake of speed - the main reason for the popularity of Bitcoin among blockchain-enthusiasts.

A comprehensive project from the Linux Foundation, which is neither cryptocurrency, nor blockchain, or company. This is a kind of hub for open development of centralized and decentralized industry blockchains for solving corporate tasks. The project started in 2015.

Here are some of the Hyperledger frameworks:

1. Fabric. A platform created in conjunction with IBM as a plug-and-play technology for developing large-scale blockchain applications. The smart contracts Hyperledger Fabric are called chaincode. Fabric contracts support Golang (Go), Java and JavaScript, which makes them more flexible than regular smart contracts.
2. Sawtooth. Intel's modular platform that implements the “Proof of elapsed time (PoeT)” consensus algorithm. Sawtooth is typically used to tokenize logistics and sales chains.
3. Burrow. A client with a built-in virtual machine that can work with Ethereum specifications.
4. Iroha. Japanese project based on Hyperledger Fabric, focused on the creation of mobile applications.
5. Indy. A project from Sovrin Foundation, whose main function is digital authentication in systems based on distribution registries.

Private Access Distribution Platform whose smart contracts operate within the Java Virtual Machine (JVM). Corda was established by the R3 consortium (R3CEV LLC) for recording, monitoring and synchronizing financial agreements between regulated financial institutions. Especially for this, a new consensus algorithm was developed that uses “notarized” nodes to verify and sign contracts.

Such an approach, as well as the absence of mining, implies that a significant part of the nodes will never "see" most of the transactions, therefore, they will not spend resources on their provision. As a result, Corda's great potential to scale.

Platform for launching decentralized applications, the developers of which managed to collect 465 million dollars during the initial offer of coins. The reason for success - Daniel Larimer - founder of BitShares cryptocurrency exchange and the social network Steemit. Both projects are more than successful, so investors believed in EOS.

Besides, the platform has attracted investors, since it implements an innovative approach to raising capital: the rights to the platform's capabilities are distributed in accordance with equity participation. In other words, if an investor bought 20% of tokens of a blockchain-startup launched at EOS, then he owns 20% of the resources of this project: income, property, copyrights, reputation.

In addition, holders of tokens of a new project may:
- get access to DApps developed under the new project;
- provide access to system storage;
- to take part in project management;
- charge a transaction fee;
- participate in airdrop;
- receive dividends from EOS.

The cryptocurrency fund Multicoin Capital claims that thanks to such attractive prospects, the EOS developers managed to raise over $2 billion by reselling tokens in small lots. In other words, the interest in this framework is huge!

Platform, customized to the work of Internet of Things (IoT). IoT is a global add-on over the normal Internet, whose users are not people of flesh and blood, but digital devices - from electronic watches on your wrist to a blast furnace in the production hall. The workshop itself can also be digitized and connected to the IoT.

In its structure, the IOTA framework is not similar to Ethereum, Bitcoin, or other popular blockchains, since there is no traditional linear block chain structure. This structure limits the scalability of the network, so IOTA instead uses the Tangle algorithm: for the user to receive confirmation for his transaction, he must confirm the transactions of two other users.

IOTA has such features:
- the ability to create isolated clusters that can work separately from the rest of the network;
- the more users and operations, the higher the rate of transactions;
- instant online and offline transactions.

It is also worth noting that another important flaw may appear in IOTA - religious subtext. According to the new religion of scientists and techies of Silicon Valley - Dadaism - the Internet of Things, as a more efficient algorithm, should replace a person. In other words, in Dadaism IoT destroys humanity. If this religion falls into disgrace of the media, IOTA will have big problems.

A platform whose token serves as an intermediary in the exchange of currencies, gross payments or money transfers. A feature of the Ripple framework is the lack of a blockchain in its usual sense. Instead, the platform "manages a network of several independent test nodes that compare transaction records." Test nodes may belong to people, banks, companies, states. 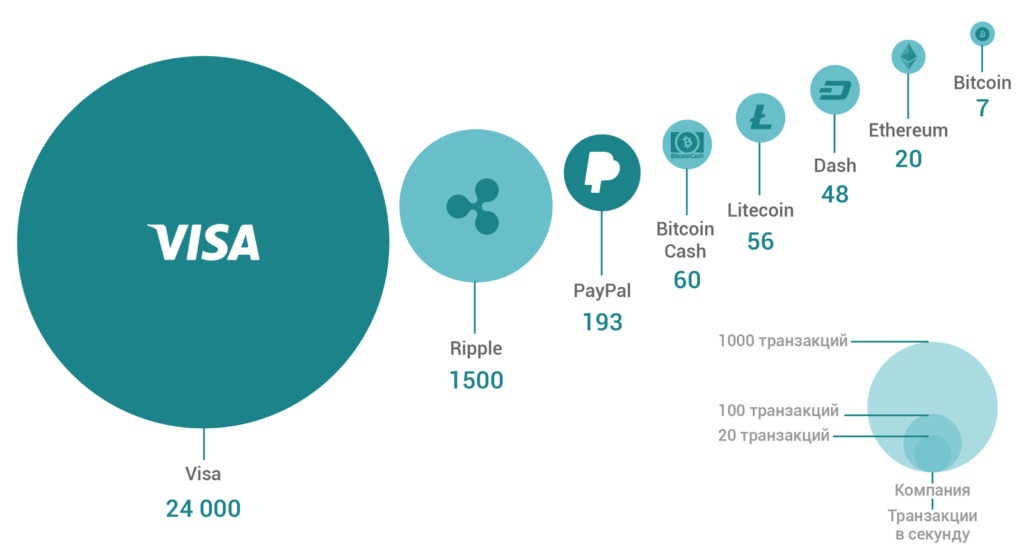 This approach creates a new distribution registry every second, the last of which is the perfect record of all accounts. Any server can change the registry if its transaction receives confirmation from 80% of servers - the qualified majority.

In the autumn of 2018, XRP ranked second in terms of capitalization, displacing Ethereum from it - 12.3 billion against $ 9.5 billion as of December 10, 2018. This happened against the background of another sinking of the market, which indicates a great confidence of investors and users to the Ripple blockchain.

Russian framework for launching ICO and creating security tokens, crowdfunding, exchangers and payment gateways. It ranks second in popularity among startups who raise funds through the initial offer of coins. However, with a huge lag - 2% against 80% (Ethereum).

Platform to launch applications focused on trading, banking and charity. A feature of this framework is an algorithm for forming a consensus called Proof-of-Importance (PoI). PoI ensures the integrity of the system, providing privileges for creating a block of participants with the best reputation, in other words, those who have a lot of activity, time spent in the network and more money in the account.

Fork Ethereum, focused on the maximum anonymity of transactions and contracts in the banking and related fields. Quorum was developed by JP Morgan to address key issues in the financial industry through a distribution registry and smart contract (Ethereum) capabilities. That is why it supports work with institutional transaction volumes and is able to limit access to transaction history with maximum transparency of the system as a whole.

Advantages of BFT and Raft - the potential for scaling, instant and cheap transactions, as well as the ability to control the "communication" between the nodes to ensure the privacy of operations. Disadvantages - centralization. But for banks it’s even good.

Best Blockchain Frameworks You Should Know About key takeaways:

Merehead does professional development of Framework you should know. If you have questions, contact us for a free consultation.

Merehead review. Vleppo is a startup, digital asset exchange platform based on the Komodo blockchain protocol.
Category: Coding 11/17/2021
7 Phases of Website Development and Design (Workflow + Process)
Do you have an idea of startup, MVP or business project development and you don’t know how to start with? We have prepared 7 phases that are essential for website development. You will get to know as to the stages involved and time to be spent for every phase. Moreover, in our previous article, you will be able to pick information on how much real estate website cost and plan your budget wisely before the development process starts. 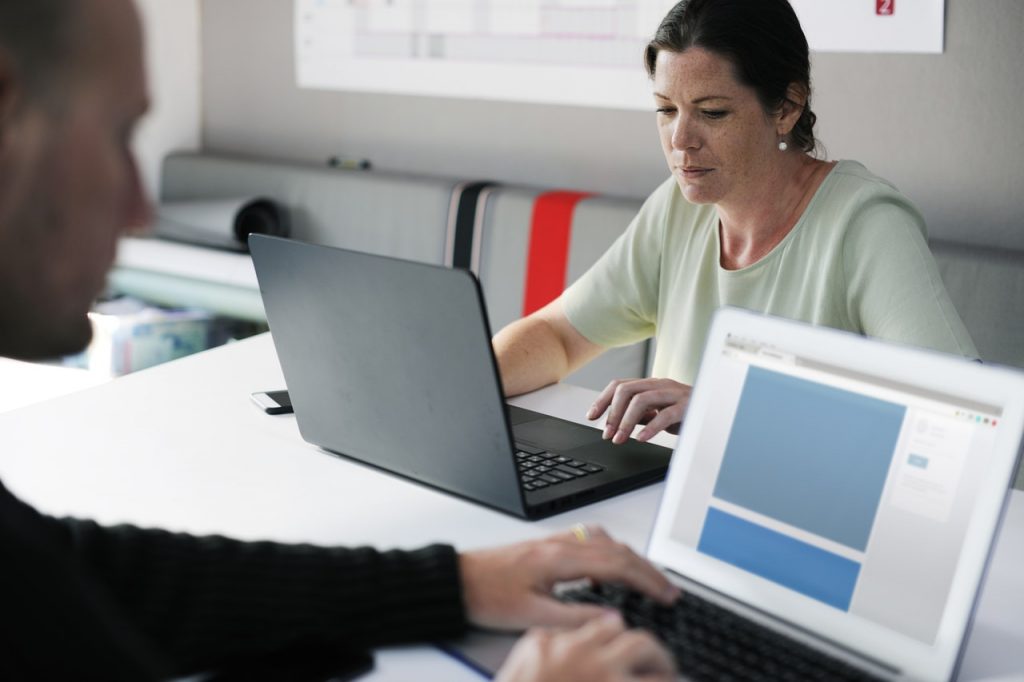 Category: Coding 11/17/2021
Startups That Failed: Reasons and Lessons from Delicious, Imzy
Startups are actively developing and obtain good investments. But in fact, it should not be considered as a panacea for failure. Getting an investment is only half the battle. It is of high importance to dispose money properly and turn a small company into a company of world renown. As practice shows, it is not so easy, even if you have more than $ 100 million in your pocket. 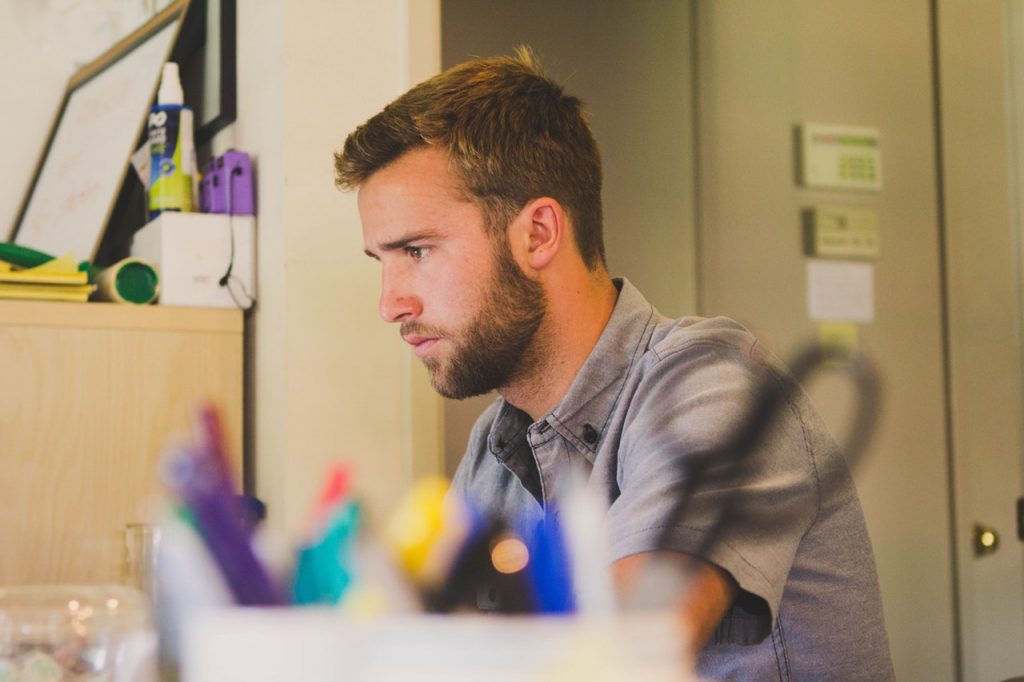 Category: Coding 11/17/2021
The Most Popular Blockchain Programming Languages
Today, cryptocurrencies and blockchains are not new to the public, these technologies have long been discussed by all global media. 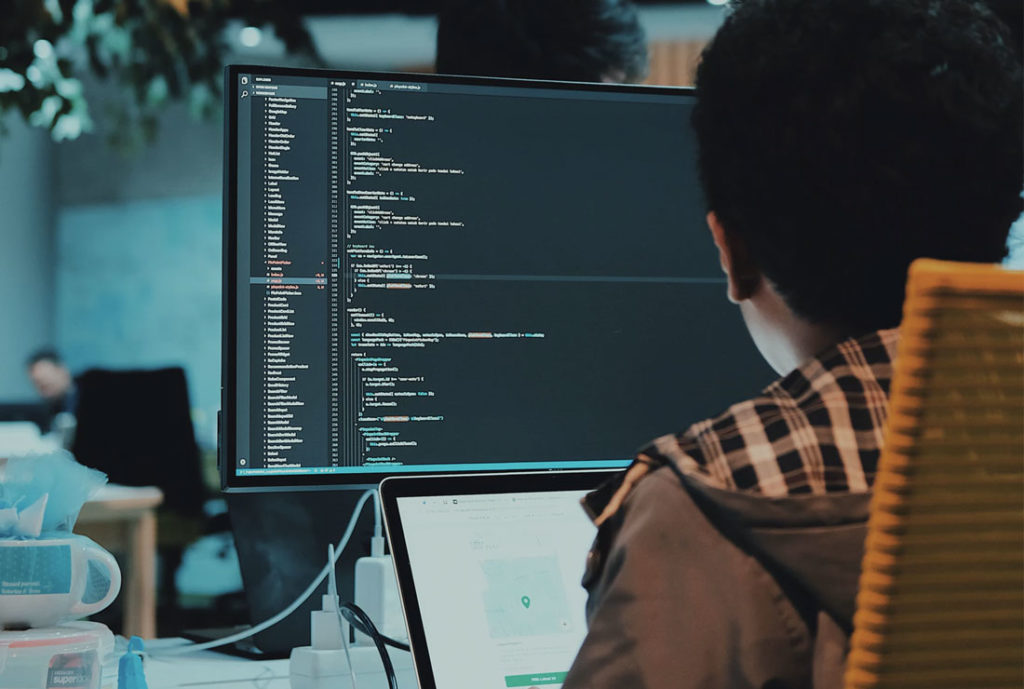