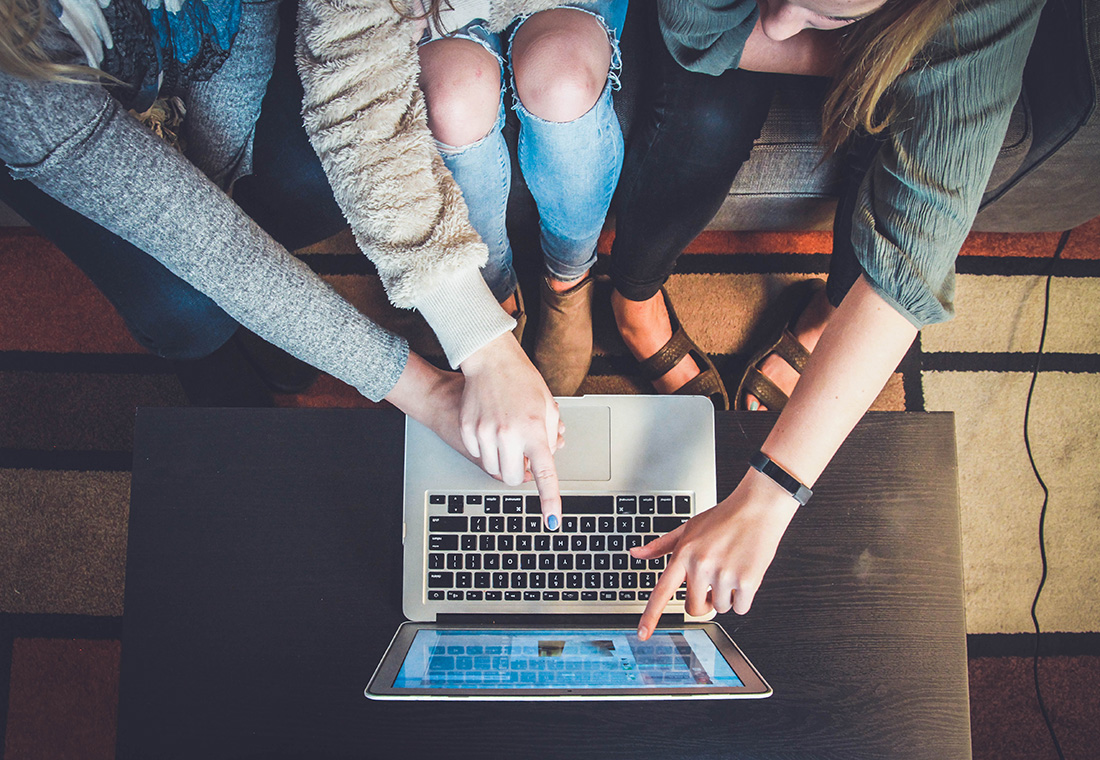 Blockchain for Know Your Customer (KYC): Use Cases

Write to Yuri
Merehead / Blog / Blockchain / Blockchain for Know Your Customer (KYC): Use Cases
Are you looking to do the KYC system?
Yuri Musienko
Write to author
Merehead is a leading blockchain development company

Blockchain is an excellent tool for protecting information on the Internet, because it allows you to store it in open cloud databases and at the same time provides guarantees of authenticity and security. That as well as possible approaches for procedure "Know your client", or "KYC". In the article, we will look at how the new technology will change KYC and what users, business and government will receive from it.

A person’s identity can be easily established using state-issued documents, such as a passport, birth certificate, social security card, or driver’s license. However, this method is good only with personal contact. If you need to confirm the identity of a person at a distance, it is easy to get around it by acquiring the original or a copy of the desired document.

To reduce the risks of such fraud, the procedure «Know Your Client» was invented. It significantly increased the reliability of identity verification, but made the verification process itself inefficient, long and non-transparent in terms of using personal and business user data.

In traditional KYC systems, each individual organization or government structure checks the user independently. For example, if you plan to take an online loan (or use another service) in several banks, then each bank will conduct its identity check.

In the traditional approach to KYC, each bank independently identifies the client

The main disadvantage of traditional KYC-systems is this need to be tested from scratch every time - each check takes time and money. In addition, this approach creates security risks, because with every check, personal data is transmitted from the client to the server and can be intercepted. Even bank servers can be hacked.


KYC systems on the blockchain

The distribution book technology (DLT) and the blockchain architecture allows you to collect information from various service providers into a single cryptographically secure and unchanging database that does not need a third party to verify the authenticity of the information. Due to this, it is possible to create a system where the user will only need to go through the KYC procedure once and then use this platform to confirm his identity.

The scheme for confirming the identity of KYC-systems based on the blockchain
The identity confirmation algorithm in the bank example described above will look like this: In such an ecosystem, access to user data will be based solely on its consent. To give this consent, the user must log in and, as is the case with cryptocurrency transactions, use the private key to initiate the information exchange operation. With the consent of the user, access to the data may also be provided by a third party (in this case, the bank), but the ownership of the data remains with the user.

A similar concept of the blockchain-based KYC platform has already found practical implementation. The most famous example is the joint project of IBM, Deutsche Bank, HSBC, the Mitsubishi UFJ financial group (MUFG) and the Treasuries of Cargill, which provides an efficient, safe and decentralized mechanism for checking, collecting, storing, updating KYC data and sharing them.


How blockchain will improve KYC

KYC utilities based on blockchain technology will help save money and increase the security of personal data in any industry where identity verification is needed. Let's take a closer look at exactly what the advantages of such systems are.

How it is. Currently, the financial, banking, government and other sectors collect and store personal user data in centralized systems (repositories). Every time someone needs access to this data, they are sent from the repository of the KYC service provider to the devices of the company that requested access to the data.

How it will be with the blockchain. Personal data will be collected by individual participants (banks, government agencies, companies or users themselves) and stored in a decentralized network. Access to the data will be provided directly by users or third parties who will have appropriate permission to do so.
In this case, it will be possible to provide access not to the personal data of the user, but to a special identification card that certifies the successful completion of the procedure. Thus, personal data will be protected, and third parties will be able to verify the identity of their client.

How it is. KYC data is collected and exchanged daily among various organizations, enterprises and other institutions. Typically, data passes through several intermediaries that use different communication protocols, APIs, and management systems. Moreover, this also involves people who verify and certify information, as well as give permission for certain transactions. As a result, this architecture inevitably generates a lot of errors, inconsistencies and critical vulnerabilities for unauthorized access.

How it will be with the blockchain. Routing of working KYC processes can be coded into smart contracts and standardized for all industries. In such an ecosystem, data exchange will be as reliable as cash transactions in cryptocurrency payment systems Bitcoin or Ethereum are reliable.

How it is. The traditional KYC procedure is almost always carried out either by a specific company or by a KYC service provider. In both cases, this means complete centralization of the process. That is, one structure decides what the test should be, it conducts it itself, stores the collected user data and selects how to use it.

This approach increases the risks:

How it will be with the blockchain. A system built on the basis of a decentralized distribution registry removes the risk of monopolizing control. The constancy of the data recorded in the blockchain and open source code make it possible to make sure that the rules of the game are the same for all participants and there are no “black inputs” in the program. Automation and standardization of basic processes limits and controls the degree of human participation (the blockchain records who did what, and this information cannot be deleted).

How it is. In the existing client-server data storage system based on centralized repositories, where all ecosystem participants are forced to constantly exchange personal information of users, there is a steady tendency to generate poor-quality data (errors, inaccuracies, inconsistencies, fake data, etc.). And this trend is increasing with the increase in the number of participants.

This is a direct consequence of the lack of uniform standards in the industry, as well as the fact that banks, companies, start-ups, government agencies and KYC service providers use different approaches to storing and transferring data, different communication protocols, API, platforms and data management systems.

How it will be with the blockchain. A KYC solution based on a decentralized distribution registry will allow you to create a system where data would be stored on one platform accessible to all. This will automatically lead to industry standardization and will make most interactions between participants unnecessary - there is no point in exchanging information if all of it is recorded on the blockchain, to which everyone has access.

How it is. In a traditional KYC system, an ordinary person (user) does not control anything. He does not affect what documents and in what form he needs to pass for the KYC procedure, and he, in fact, does not know how his personal data will be disposed of. Moreover, banks, companies and KYC service providers also cease to control the process after the data is transferred to other participants. The existing system is opaque and there is no control in it.

How it will be with the blockchain. The combination of an open source platform, which in itself is a source of truth, with smart contracts allows you to build a system of relationships where all participants will know the rules of the game and all participants will be sure that no one can break or circumvent these rules.

How it is. Despite the fact that business and the state are constantly increasing the costs of KYC processes, they still do not have an effective tool for tracking violations of the law in this industry. Participants can falsify data, somehow dispose of them and circumvent the law in various ways. As a result, the increase in the incidence and size of money laundering and the financing of terrorism in the world (despite the tightening of the rules of KYC & AML)

How it will be with the blockchain. Thanks to a shared distributed ledger and smart contracts, the KYC process can be easily regulated and controlled by all parties. Any change or update of customer data will be monitored by the system, and if someone breaks the rules, it will become known to all parties.

Applications for KYC systems on the blockchain

KYC on the blockchain can be useful for many industries, in addition to banks and other financial institutions. Many companies, organizations and government agencies are vitally interested in knowing for sure who they are interacting with.

The most promising examples of using KYC on the blockchain are:

The most interesting thing about KYC on the blockchain is that after the initial identification of the user, subsequent checks can be reduced to a simple demonstration of a digital identification card. It will be possible to use this card by analogy with a passport or driver's license: they demanded, you showed and went on. But the reliability and security of such a card will be much higher.

5 KYC cases on the blockchain

#1: IBM Blockchain Trusted Identity. Decentralized platform for identification processes based on the blockchain and artificial intelligence, created by the standards of the Decentralized Identity Foundation (DIF) and the World Wide Web (W3C). Like many other IBM blockchain products, this is not a final product, but a basis that can be used to create commercial solutions.

#2: ASEAN Association Project. OCBC Bank, HSBC Singapore and Mitsubishi UFJ Financial Group (MUFG) together with the Infocomm Media Development Authority (IMDA) became the first consortium in Southeast Asia to successfully complete the blockchain concept for the KYC procedure. This is a corporate solution for the banking sector, developed with the participation and on the basis of IBM technologies.

#3: uPort. Open identification infrastructure created with a focus on ordinary users. The platform allows anyone to create an account, verify their own identity, request and send credentials, sign transactions and securely manage keys and data. The system was developed on the Ethereum blockchain, and its main platform is mobile devices.

#4: Cambridge Blockchain. The digital identity system, which became famous due to the fact that this is the first blockchain-start-up in which PayPal invested. The project is based on the blockchain, sharpened by identity verification according to the rules of KYC and laws like the European “General Data Protection Regulations” (GDPR).

Blockchain for Know Your Customer (KYC): Use Cases key takeaways:

Merehead does professional development of KYC system. If you have questions, contact us for a free consultation.