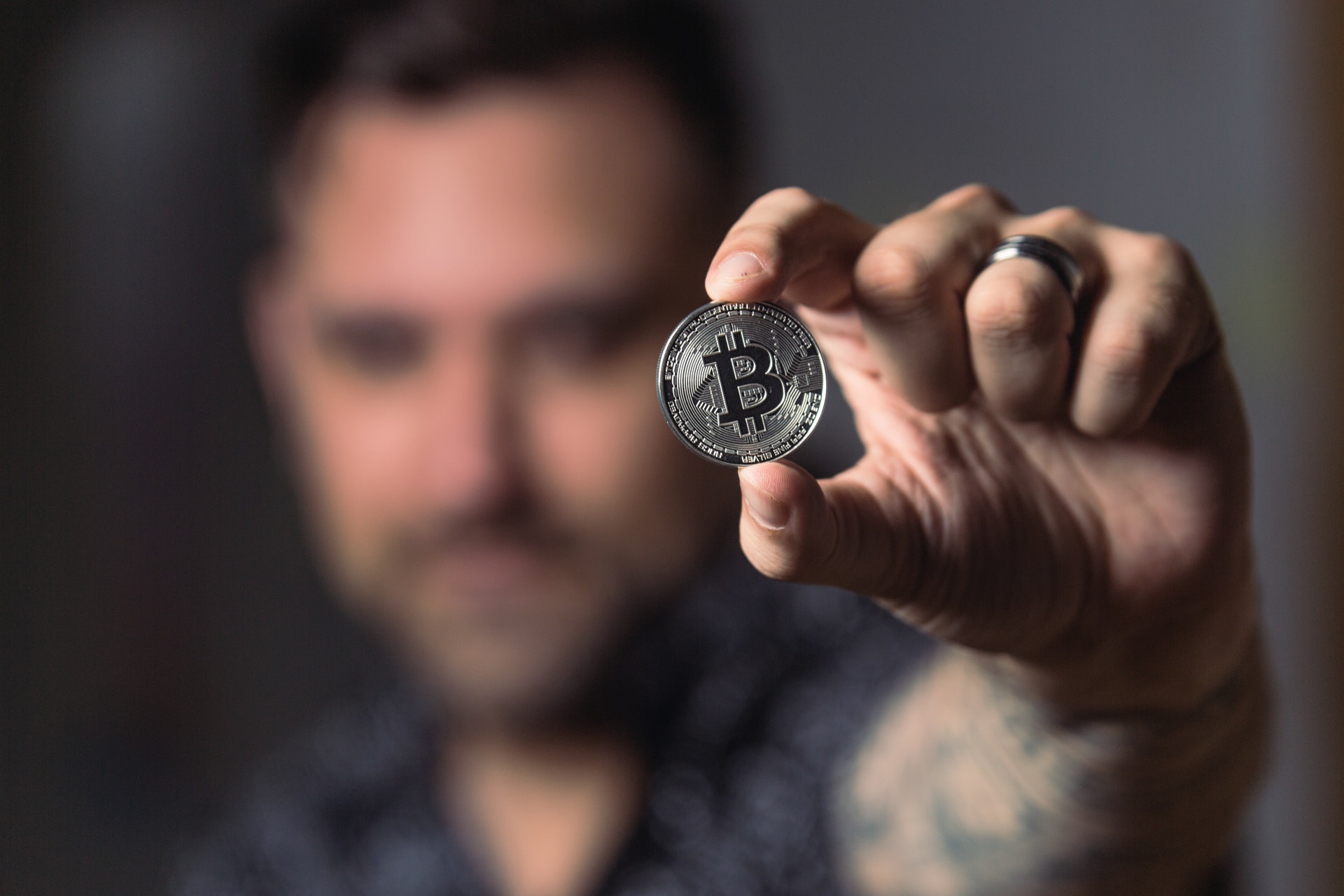 Write to Yuri
Merehead / Blog / Trends / Bitcoin Price Prediction 2021
Subscribe to our newsletter
You are the rock.
Thank you!

The first cryptocurrency has already surprised modern businessmen many times. Now the question is whether the new surprise for innovation lovers will be pleasant and whether it is worth expecting a price increase from this "coin".

One of the most important factors in this aspect is the 2020 crisis, which was caused by the coronavirus pandemic. It became, without exaggeration, a real shock for the entire market in general and for its financial segment in particular. It’s enough to recall that for the first time in a very long time, oil prices reached negative values, and shares of the largest corporations, as expected and at the same time, suddenly lost more than half of their market value.

The parallels with the cryptocurrency market are obvious: March was marked by a drop in the bitcoin rate amid the collapse of the stock market to $ 3,800, which is no less than 50% in just a couple of days. Nevertheless, after a month and a half, the price of the coin returned to normal, reaching its previous values, and in May it reached its annual maximum. It is possible that it was this factor that influenced the change in society's attitude towards digital assets. A striking example was the announcement of a significant figure in this market, billionaire and founder of the hedge fund Tudor Investment Paul Tudor Jones, who informed the public about investing 1% of his assets in the first cryptocurrency, which is about $ 50 million.

The second reason is the policy of states implemented in the field of saving the economy. Turning to US policy: the government issues a currency to combat the economic consequences of the coronavirus pandemic, the consequence of which is the depreciation of the main currency - the dollar. The famous writer and economist Robert Kiyosaki assures that this is the reason why now you need to buy bitcoin with all the money you have. Its release is limited, which means that inflation will not affect it.

There are several of the most authoritative opinions on this issue. Leading experts and analysts at 8848 Invest are convinced that the upward or downward trend of the bitcoin next year will determine the value of the coin this year. Simply put, if the rate reaches $ 14,000, the next step will be a position of $ 20,000. Among the reasons he named for the rise in asset prices in the medium term, the following can be singled out as the most important:

Yes, these factors can be called fundamental with full confidence, precisely they will lead to an increase in the value of the cryptocurrency to $ 14,000 this year, according to analysts at 8848 Invest. However, this is not enough to continue this upward trend and new growth drivers are required.

Representatives of the international investment company EXANTE also assure that positive dynamics of bitcoin growth should be expected, calling it inevitable in the long term. At the same time, he calls a new collapse of the exchange rate unlikely, because as soon as price values reach $ 6,000 and go down, miners will curtail sales, which will provoke a decrease in the supply of bitcoin in the market.

Leading traders of United Traders also predict the stable growth of bitcoin in the near future. They reasonably believe that cryptocurrency is gradually becoming acceptable to society and even gaining some recognition. This can be understood primarily by the growth in the number of users and, accordingly, new e-wallets. The second indicator was support from states: the emergence of legal frameworks, the organization of licensing of cryptocurrency operations, the legalization of mining in some countries. Trader's conclusion: cryptocurrencies have settled firmly in our society, which means that we should expect a high level of development and recognition.

Also, it will not go amiss to pay attention to the opinion of analysts of the information and analytical center "Alpari", who advise to postpone confidently predicting the price of bitcoin for a whole year. The reason is obvious - the pandemic, which has already destroyed more than a colossal number of both private and global plans, which means that it is extremely problematic to objectively predict even what will happen in a month.

The last to be remembered in this area today are analysts from the stable cryptocurrency platform Stasis.net. They call the next year crucial for digital assets in terms of products for institutional investors. Many infrastructure solutions have already been developed:

In total, the amount of assets currently locked in DeFi (decentralized finance) has exceeded $ 2 billion. 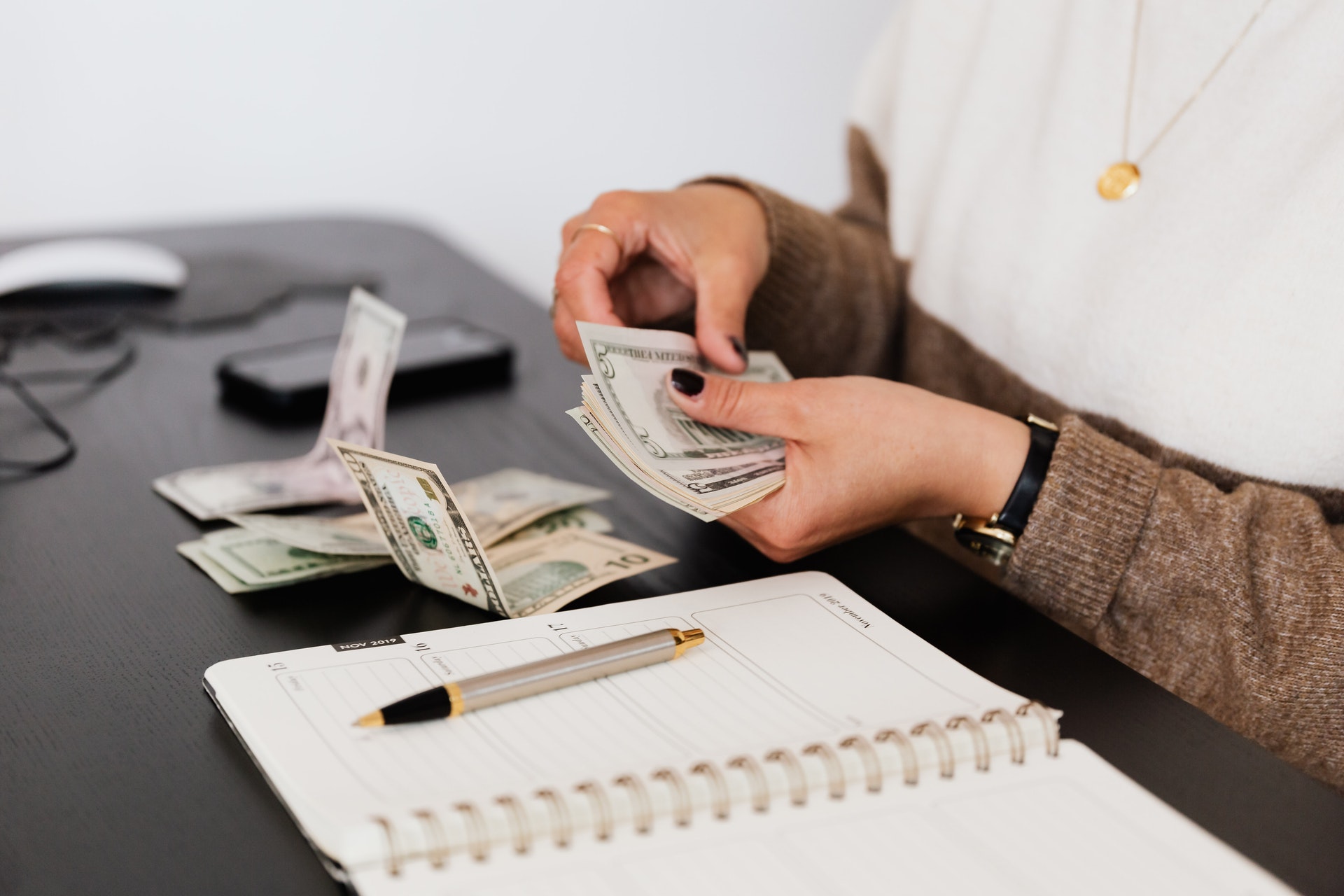 The fact that bitcoin will rise in price many times was predicted by many representatives of the crypto business. Yes, of course, many of these predictions did not come true, but the rest are still actual. Anthony Pompiliano (one of the founders of Morgan Greek Digital, a large investment company). It is he who is absolutely sure that by the end of 2021 the coin rate will rise to $ 100,000. The main reasons for this, he named the halving that took place in May, as well as the existing crisis and the policy of large and small countries aimed at combating this crisis. All this provokes the release of additional money by issuing banks of different countries, which in turn will force investors to protect their capital from inflation by transferring it into assets. These assets are precious metals (platinum, gold, silver), real estate and bitcoin.

Regarding this statement, there are counterarguments from the above-mentioned analysts of 8848 Invest, who doubt that such an increase is realistic even if the cryptocurrency is recognized by society and approved by large geopolitical players in the market.

Similar doubts were voiced by the aforementioned analysts from Alpari. They are absolutely sure that theoretically nothing can be rejected, but there are simply no practical prerequisites for such a record increase in the price of the very first cryptocurrency. First of all, this is hampered by the problem with the scalability of the asset network. At the moment, it is impossible to support a large number of operations, maximum - 4-7 transactions per second, which is why the system is recognized as unsuitable for working with a large number of users. The number will seem very solid, if you do not compare, for example, with the Visa payment system, in which the same indicator reaches 24 thousand transactions in the same time.

EXANTE representatives also questioned the tenfold rise in price of the main digital asset. They speculate that such a price spike could have occurred if the 2013 and 2017 rallies were repeated, which is not the case in today's cryptocurrency market.

The next threshold to discuss is $ 50,000. These are the numbers that one of the founders of the large-scale blockchain startup Nexo Antoni Trenchev calls, setting the period for such a colossal increase in a couple of months, as reported by Dailyhodl. In his opinion, the main argument in favor of this opinion can be called its gradual spread. Every month the number of clients of this platform grows in arithmetic progression, among them there are not only retail, but also institutional investors.

The second most important factor that should affect the growth of the value of the world's main token is limited emission. Also, this factor will lead to an increase in the price of precious metals, in particular gold.

Unexpectedly, Bitcoin critic Peter Schiff entered into confrontation with Trenchev. He recalled that since the beginning of summer, the rate dropped below $ 9,000 several times, after which it rose slightly above this level, which is why the critic is sure that support will soon fail and bitcoin will collapse, and gold will come to replace it.

Yashu Gola, one of the most reputable analysts at the Bitcoinist portal, also warns about such phenomena. He recalls the impact of the coronavirus pandemic on performance over the past few months. Unpleasant numbers in reports may well have a negative effect on stock prices on the stock market, which will ultimately lead to a decrease in the price of bitcoin.

At the end of June, the analytical department of Crypto Research officially announced that Bitcoin in the next five years will grow in price to $ 340,000, and by 2030 - to $ 400,000. And again, the recognition of cryptocurrency by society is called an influential factor. But do not forget that the prices of altcoins can also impress users, and it is quite possible that investments in them will be much more profitable.

Since the March collapse, the price of bitcoin has risen by 140%. As it turned out, the limit for the growth of the price of a cryptographic currency is not limited to this, since the dynamics of some altcoins gave much higher indicators. A striking example is the Binance BNB token, which during the same collapse fell in price to $ 6.4, and now has risen in price to $ 24, 35. The total cost increase is over 200%. The Link token, aka ChainLink, surprised all financiers and analysts even more. In March, its rate fell to $ 1.4, but now this coin is valued at $ 12.5, which is currently called a new all-time high in cryptocurrency growth.

If you believe the analysts from 8848 Invest, it turns out that altcoins from the "top twenty capitalization" as long-term investments look much more profitable than Bitcoin, which, although it remains the benchmark of the market, is technologically falling behind later blockchain projects. At a minimum, they strive to become exactly a means of payment, and as a maximum, they form a product, infrastructure and ecosystem.

The position of the Alpari Information and Analytical Center on this issue is somewhat similar to the previous one: they believe that many blockchain projects have the perspective of price growth from 60 to 140%, for example, Ethereum, Litecoin, Cardano, EOS. The tricky part is that in order for assets to rise in price, you need to invest in them. If the technical factors in this case are all right, then the fundamental ones make you think.

EXANTE responds that giving up Bitcoin in order to invest in altcoins is overly cautious. Despite the fact that the main digital asset does not show such impressive results of price growth as, for example, Ethereum, it still has something that most competing coins still do not have - recognition. The capitalization of this cryptocurrency is as much as 66% of the market, not to mention the fact that, in addition to futures, legal delivery and settlement options are also tied to it. In simple terms, so far, no cryptocurrency has come as close to real adoption by the authorities as BTC. 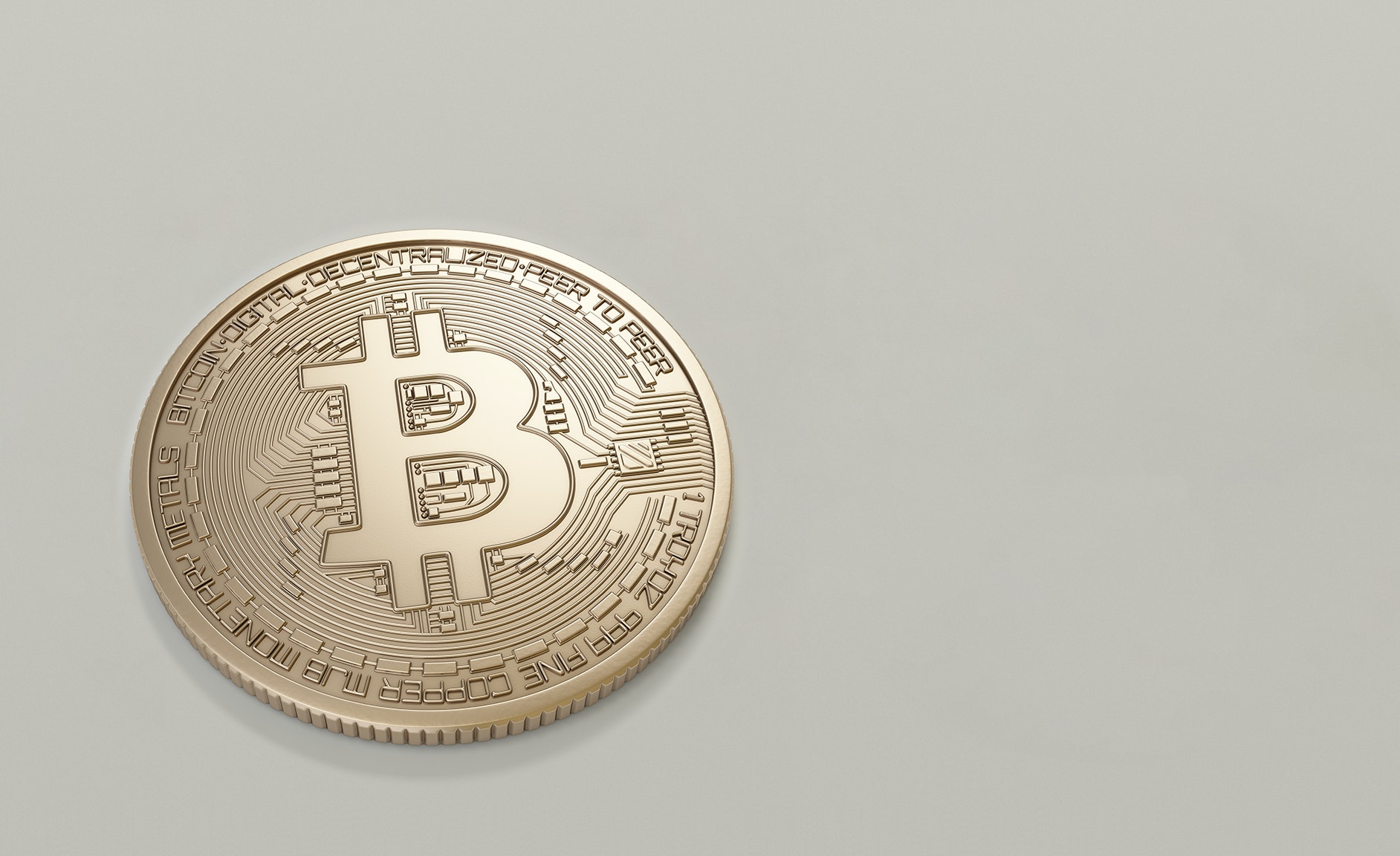 The main number of authoritative experts are in solidarity in the opinion that in 2021 it is quite possible that the price of bitcoin will rise. This is evidenced by the reduction in release after halving, the gradual recognition of the cryptocurrency at the public and state levels, etc. Nevertheless, it is unlikely that the price will actually rise to $ 100,000, but 50,000 is a very likely price, albeit not in the next couple of months.

It is quite likely that altcoins will be a much more promising investment, as they have shown amazing results in price increases since the March crash. In addition, the first cryptocurrency is noticeably inferior to newer tokens in applied and technical aspects. Nevertheless, bitcoin still remains the face of the cryptocurrency market and, most likely, it will continue to be in the future.

We also recommend reading - CRYPTOCURENCY PRICE PREDICTION IN 2022: THE FUTURE OF BITCOIN.