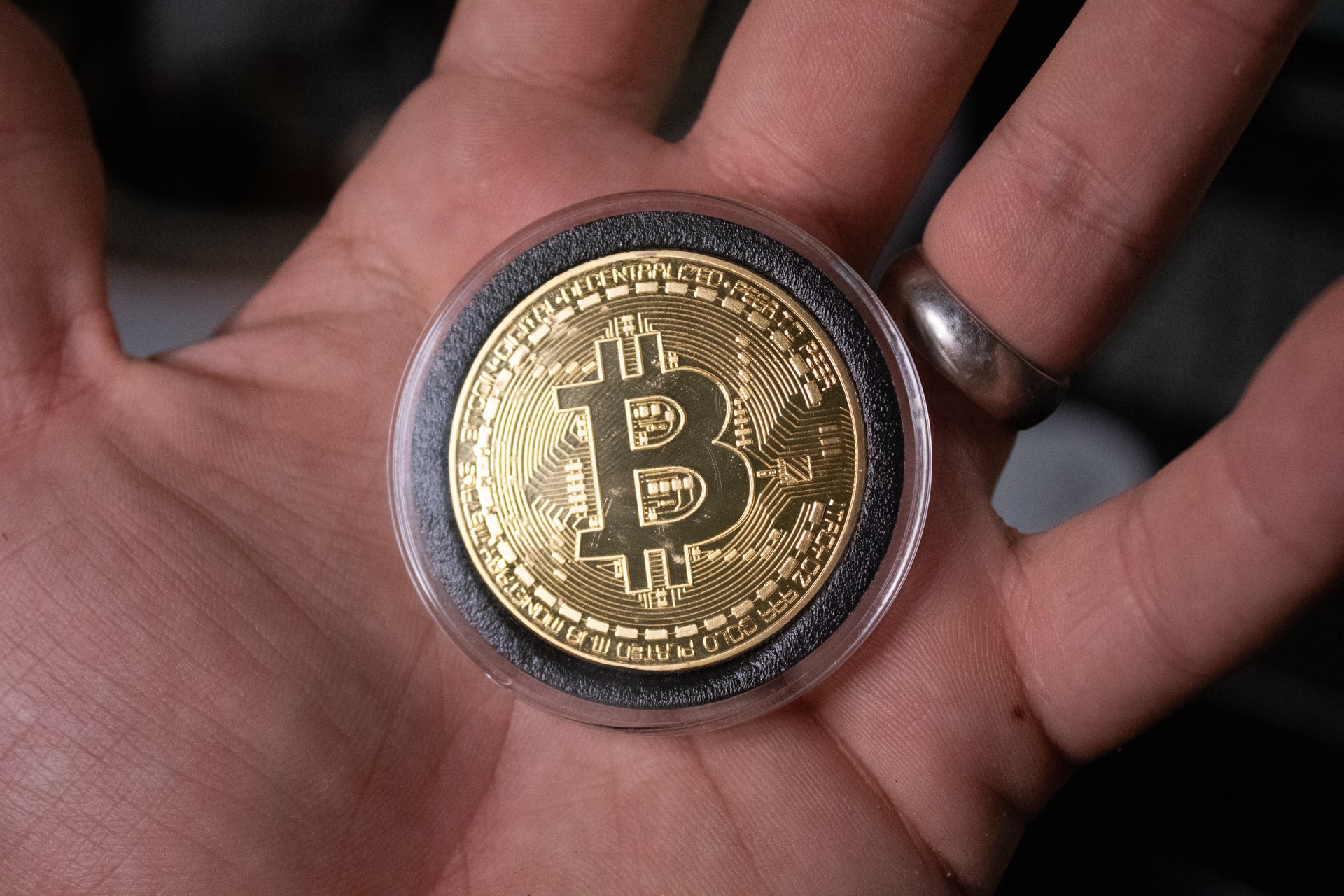 Bitcoin: Anonymous as Assumed or Not?

Write to Yuri
Merehead / Blog / Bitcoin: Anonymous as Assumed or Not?
Subscribe to our newsletter
You are the rock.
Thank you!

Cryptocurrency is one of the preferred ways to make safer online transactions nowadays. Many e-commerce platforms now support BTC payments. Even those that do not accept cryptocurrencies directly have options. For instance, you can use Bitcoin to pay for Amazon gift cards, which you can later use to purchase the goods you want.

Of course, there are instances of stores accepting cryptocurrencies as payment. Pizza Hut in Venezuela accepts such payments, but such support is far from a global phenomenon. However, we can expect to see broader integration in the upcoming years. After all, the demand for it is there.

One of the primary options for choosing cryptocurrencies as your preferred payment style is evident. As it is known, cryptocurrencies have a reputation for implementing an anonymous form of payment. Allegedly, it is immune to tracking or interference. However, is it true, and can you truly rely on Bitcoin to support fully anonymous payments?

While Bitcoin does a lot to give users more anonymity and privacy for their transactions, it is not precisely one without downsides. Discover the aspects that might leave much to be desired in terms of keeping your transactions a secret.

Cryptocurrency is just like regular currency but a bit more secure. There are many cryptocurrencies out there, such as Bitcoin, Ethereum, and many more. Each of them has its own respective value. Usually, Bitcoin tops the list in terms of value.

There are many reasons for which it has gained so much value. One of them is its anonymity. People can't know your identity because you don't have to identify yourself while making a transaction. But the anonymity you assume to have might not be as bulletproof. The Bitcoin addresses may not have names registered to them. However, it is expected that they are linked to real-world identities. Another little-known fact is that agencies can track down Bitcoin purchases. However, such enforcement agencies must be prepared to put in enough effort.

Do these facts surprise you? Let’s dig a bit deeper into the privacy and anonymity of Bitcoin. As a cherry on top, we will discuss some other options for anonymous payments.


Is anonymous the same as private?

Many people don't want their identity to be public. When using Bitcoin, privacy and anonymity might be a requirement.

Examples of this are politicians, movie stars, singers, etc. So, what they do is that they use anonymous solutions for transaction purposes so that their information cannot be leaked or hacked into, which is not suitable for them. But this is not precisely accurate. The internet has innate issues, and creating a completely anonymous and secure system is not that easy.

There are two aspects of information, anonymity and privacy.

The difference between the two needs to be understood. For instance, if you purchase something and no one knows who you are, the transaction is anonymous. On the other hand, if the thing you bought and its value remains a secret, it is known as private.

If we talk about Bitcoin, it is not entirely anonymous. This might be a shock for many, but cryptocurrencies might reveal more about you than you expect. Of course, these shortcomings are relatively minimal and should not discourage you from using Bitcoin.

If we take a closer look at some of the best cryptocurrencies today, they all have one thing in common. They all work on a blockchain. The critical thing that makes your information vulnerable is the way it exists on the blockchain.

Unlike anonymous, your critical information exists in a pseudonymous form, which means your name will be kept encrypted form. For instance, your name “Steve” will be in the form of scrambled letters and numbers. As blockchain is a public ledger, its contents are visible to everyone, and so is your data on the list in scrambled form.

Yes, the data is in a scrambled form, but if someone wants to know how many Bitcoins are spent by which wallet and where they easily can. You must be wondering how?

Well, the concept of scrambled codes or pseudonyms is not safe. Technology today has the power to track all your spending to produce the exact data that might leak your identity.

The person who leaked the data in a scrambled form might not be you but someone else associated with the wallet. The way it works is that they collect all your spending from each wallet and can link it back to one identity. In this way, Bitcoin transactions are less anonymous.

Other than spending, the buying process of Bitcoin is also not anonymous. Here is why?

When you go on to purchase a Bitcoin, you must provide your country-approved currency along with ID and income proofs. These documents can be used to identify you on the ledger. Authorities can find answers to questions like who bought how much Bitcoin and when did they buy it.

So, in short, Bitcoin is not that anonymous! But is there a way to keep all your Bitcoin transactions anonymous? We will discuss some practical options.


So, the problem is your wallet?

Yes, the main issue with anonymity in cryptocurrencies is the wallet you operate. Since they are pseudonymous instead of anonymous, you should not expect the latter. Additionally, it is true that your payments cannot be tracked. After all, it is the reason for using a pseudonym. However, this does not mean that your Bitcoin wallet address cannot be tracked.

Usually, when someone mentions that an activity or operation online is untraceable, they might have a point. However, it is frequent for entities to exaggerate or emphasize specific details that can get lost in translation. For instance, Tor is an incredibly private browser that users turn to when they wish to evade restrictions or censorship.

As you might know, people typically believe that their activities when using Tor are entirely private, anonymous, and, most importantly, untraceable. Nevertheless, it is not exactly true. Everything can be traced; it simply depends on the efforts authorities or governments can dedicate to this cause. For instance, it would be futile to track every user using Tor. After all, its use is usually wholly legal. However, if necessary, authorities can trace certain activities.

The same scenario applies to cryptocurrencies. Recently, Justice Departments recovered over $2 million of the ransom paid by Colonial Pipeline to a group of hackers. If Bitcoin is untraceable, how are such recoveries possible? It all depends on the resources and the necessity of linking certain things together.

Thus, misconceptions about untraceable activities and tools can be confusing. The chances are that most activities and transactions will be private. At least as long authorities or other agencies won't start investigations.


Is there a way to keep your Bitcoin transactions anonymous?

Some things in this article might come as a surprise to you. However, there are ways to be more anonymous with your cryptocurrency transactions. For instance, you can set up a particular protocol for hiding the origin of your transfer. But, of course, not everyone will be ready to commit as much.

Mining. The best way to get Bitcoin and keep it anonymous is by mining. However, it may be expensive for you as it requires a complex machine setup and power. Of course, the price of mining can differ around the globe. The cost of electricity in your country should play a factor when deciding to mine cryptocurrencies. In some cases, it might be impractical to mine it due to high electricity prices.

Multiple wallets. One can transact from a different wallet every time, which will create a unique address in the ledger. This way, it will become difficult to track as a user can have multiple addresses. There is no upper limit on the number of Bitcoin addresses.

Hiding your location. There are many ways that your location can be tracked. Thus, you might want to conceal it from potentially nosy entities online. For this purpose, a VPN can help. After all, it encrypts your internet traffic and IP address, replacing the latter with a new one. Thus, by connecting to remote VPN servers, you get to be more anonymous and private online. The best thing is that it affects all your online activities, not just web browsing.

If your transaction happens online, there is some type of record of the payment process. In some cases, the information kept might be far from personal. Therefore, you should know all the possible payment possibilities that shall be more anonymous online. When visiting brick and mortar stores, you can choose to pay in cash to avoid unnecessary transaction tracking.

Maintaining privacy while shopping online can be a priority for you. However, cryptocurrencies might not be your cup of tea. Luckily, you can use other options that guarantee more anonymity online.

Bitcoin is now the most popular cryptocurrency in the world. But how anonymous are Bitcoin users?

While information about individuals who pay with credit cards is entered into databases, connected to their real identities, it is difficult to connect an individual name to a Bitcoin address because of its pseudo-anonymity.

However, researchers have found that, by using clustering analysis on several points of data associated with transactions made together, it might be possible to identify the identity of the user. Also, consider other cryptocurrencies that might offer better anonymity. Monero seems to be another highly popular example. Look for options that equip certain techniques or technologies to obfuscate the wallets’ addresses. Thus, the transactions become much more difficult to trace.

Bitcoin: Anonymous as Assumed or Not? key takeaways:

Merehead does professional development of is bitcoin anonymous. If you have questions, contact us for a free consultation.