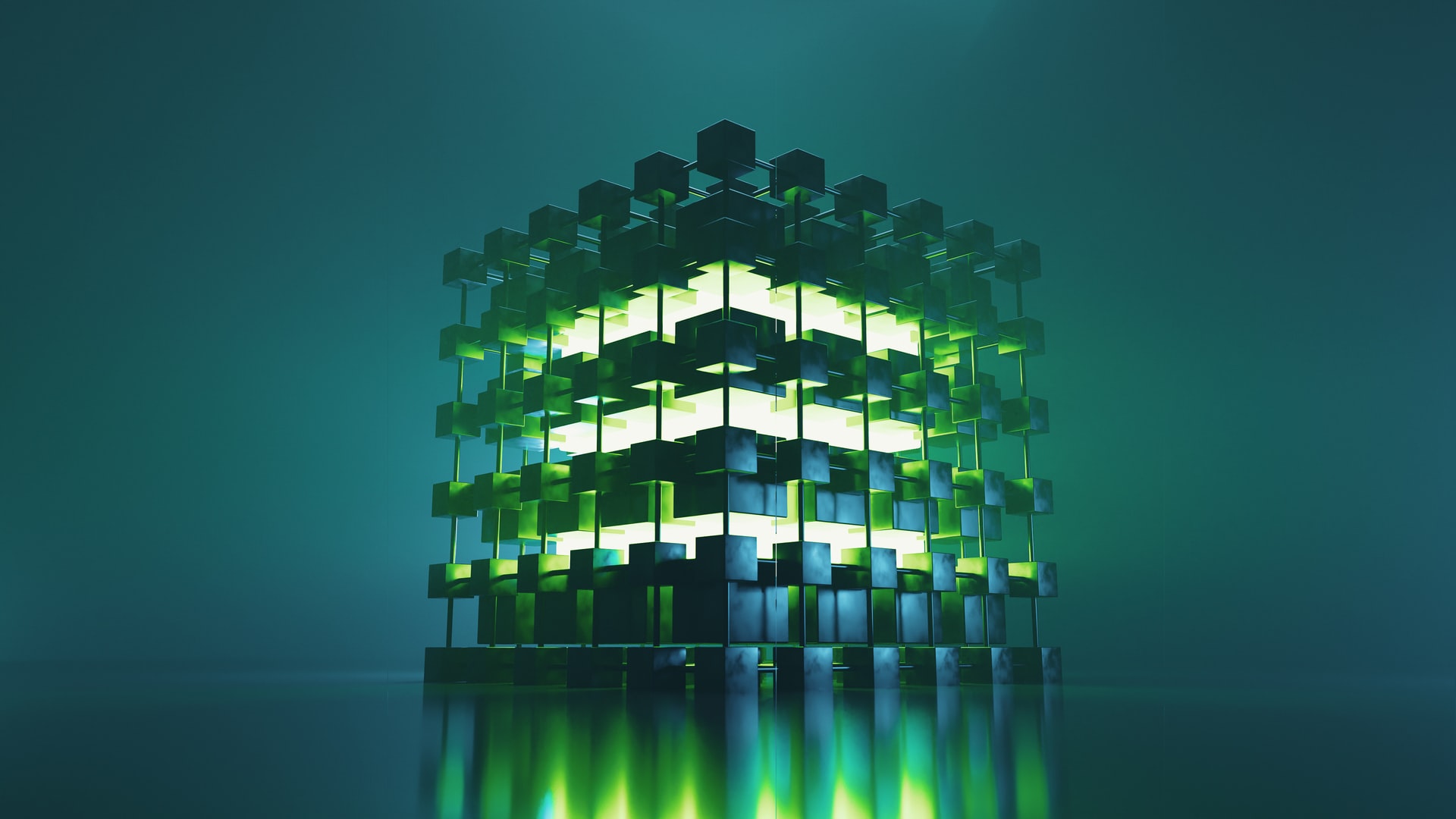 Write to Yuri
Merehead / Blog / Benefits Of Using Selenium Grid For Automated Browser Testing
Subscribe to our newsletter
You are the rock.
Thank you!

Selenium Grid enables you to run tests on numerous computers with different operating systems and browsers simultaneously. Selenium Grid is made up of a hub and several execution nodes. Consider the hub to be a command center where you may load your tests. The tests are done on the hub, a single computer with a single browser and operating system.

Browser automation may be found in the node. The environment for the test executions you perform via the hub is provided by nodes. Multiple nodes with various browsers and operating systems may exist, but they must all be linked to the hub to get Selenium instances. You may run more tests simultaneously if you have additional nodes.


But First, What Is Selenium?

Selenium, an open-source testing framework, allows you to automate the activities of the product being tested. To put it another way, Selenium automates the action of a web browser while enabling you to create test scripts in a variety of computer languages such as Ruby, Java, PHP, C#, NodeJS, Python, and others. Selenium-based tests are great for evaluating various browser types and versions.

The Selenium project is divided into three-parts:

What is Selenium Grid, and what is its importance?

Selenium Grid has a client-server design, with the client serving as a 'Hub' and the server serving as a 'Node.' When they're united, they form the 'Selenium Grid.' You may perform Selenium test automation for any combination of operating systems, browsers, and versions by setting up an online Selenium Grid. Selenium Grid allows you to test across various browsers, including Firefox, Chrome, IE, Microsoft Edge, Safari, and others. It is platform-agnostic, which means that source code developed for Linux will run on Windows, Mac OS X, and other operating systems.

The key advantage of Selenium Grid is that it accelerates testing. By providing an environment that enables tests to run simultaneously on many browsers and operating systems, you may solve cross-browser concerns in a fraction of the time it would take to do so sequentially.

Testing must be done quickly for Continuous Integration movements, and executing tests sequentially might be frustratingly slow. Parallel processing on a grid may significantly speed up your testing. Because you're performing numerous tests at once instead of one after the other, your testing is completed in a fraction of the time it would typically take. This will assist your team in achieving continuous testing so that the release deadline may be reached on time and clients are exposed to fewer issues.

Additionally, rather than merely testing on one or two browsers, parallel testing allows you to significantly extend your test coverage, hitting setups you didn't even know were a problem and detecting code errors quicker. A Selenium grid can reach Safari, Firefox, and Opera on Mac and Windows and much more, rather than only Chrome in Windows.

Robot, PyUnit, PyTest, MsUnit, CapyBara, Cucumber, NUnit, and other frameworks support Selenium Grid. And since these frameworks have these frameworks, the task of browser compatibility testing is made easier. Now, all you must do is learn to utilize Selenium with the appropriate framework.

The first thing a software engineer looks for when evaluating a new test framework is 'programming language support.' The Selenium test framework has a significant advantage in this area since it supports the most common programming languages such as JavaScript, Perl, C#, Ruby on Rails, Python, and others. As a result, skilled programmers prefer Selenium test automation since all they have to do is study the details of Selenium Grid automation and apply it to their projects.

The Selenium test framework is compatible with a variety of web browsers and common operating systems such as Windows, macOS, and Linux. As previously said, Selenium is platform-agnostic, which means that migrating a working Selenium test automation script from one platform to another needs very little effort. Ideally, the adjustments would include adjusting the Selenium WebDriver routes for the target operating system.

In most cases, the source code containing the business logic, i.e., the code responsible for communicating with the web locators, remains unchanged. By logically splitting the business logic into code that can function across many platforms/operating systems, web developers may create extremely effective test cases.

Because various versions of these web browsers are used by different clients, testing against those particular browser combinations is critical. As a web developer or a tester, you can't avoid the crucial chore of cross-browser testing your product's functionality on many versions and kinds of web browsers.

The Selenium framework is developed in a contemporary fashion; thus, the Selenium WebDriver interacts with the underlying web elements on a web page. Selenium WebDriver is a critical component that connects test cases and the web browser used for testing. This allows you to run the same test script on multiple browser versions or different web browsers. All you need to do is create a WebDriver instance for the browser you want to use for automated browser testing.

Code duplication is a big challenge, especially in cross-browser testing situations, since the code must be assessed on 'N' combinations of browsers and their versions on diverse operating systems. If the test code is not kept up to date, it may expand in size unnecessarily.

Regardless of the test framework used, developers should make a concerted effort to avoid code duplication, which will improve the test code's portability and maintenance. Code regrouping, refactoring, Page Object Model (POM), and other Selenium Grid framework features/practices aid in the elimination of code duplication and the creation of tests that make use of code reuse. This frees up resources for other important operations instead of cleaning up a nasty and unmaintainable piece of source code.

Selenium may be used with several third-party frameworks to provide trustworthy reports that can monitor the progress of the testing process.

Automation test reports help to reduce the amount of time and effort required to manage test data and results. Selenium may be linked to third-party frameworks to provide comprehensive test reports that cover the whole test execution sequence, as well as input data and test results. HtmlTestRunner is a PyUnit (for Python) companion tool that makes creating test reports easier. Similarly, frameworks like NUnit (in C#), TestNG (in Java), and others make it easy to write and manage test results.

Parallel Test Execution is a feature that lets you execute many tests at once. Testing may be done in two ways. Serial test execution is the first option, which takes longer than parallel test execution. Selenium automated testing comes in handy in this situation since it allows for simultaneous testing. This will save you time and will simultaneously increase the test coverage.

Open Source And No Cost

Selenium, an open-source testing tool is also free of cost. Selenium 2.4 was the first version, and the Selenium automation framework has progressed significantly since then.

If an open-source project's community does not actively contribute, it may experience a steady decline. On the other hand, the Selenium framework has a lively community of users and developers that engage in a number of development forums.

When designing a website or web-based application, mobile testing should always be a top priority. In addition to cross-browser testing on desktop devices, you must ensure no usability issues on mobile devices. Selenium Grid and related frameworks like PyTest, NUnit, and others can only be used to test across a range of browsers and OS systems for predominantly desktop devices.

To ensure that your website or the web application is cross-browser compatible on mobile devices, you must utilize Appium to do automated browser testing. Appium contains testing tools for hybrid, hybrid, and mobile web apps. Appium makes use of the Selenium WebDriver, which can be used to test iOS, Android, and Windows apps.

When seeking a cloud-based browser compatibility platform, look for one that supports both Selenium and Appium automated testing on their Grid.

You may be aware that complete test automation is difficult to achieve. This is particularly true for user interface testing, which may be slow and brittle. Automated browser testing is still possible in the Continuous Integration (CI)/Continuous Delivery (CD) pipeline.

To make use of the advantages of continuous testing, the Selenium framework may be used in combination with typical CI/CD platforms such as Docker, Jenkins, and others. This enables developers to use Selenium test automation to verify cross-browser scenarios. If you utilize a Selenium Grid on LambdaTest, a cloud-based platform that will help you gain greater scalability and quicker performance, you can easily automate Selenium test scripts. They have over 3000 different operating systems, browsers, and versions to choose from.

Assistance in the community

Whether you're an experienced programmer or a total newbie, you'll face technical challenges when writing code.

That's when you should turn to the technical community/forums for help since this is the greatest area to get answers to all of your technical problems. Because it is widely used by consumer tech startups as well as major organizations, Selenium test automation has a healthy support system.


How LambdaTest - A Test Execution Platform Can Help?

When testing consumer websites and online apps, using the correct testing platform is crucial. If you don't investigate whether the test framework is widely used before you choose it, you may not be able to get help if you run into issues. It is also feasible to choose cloud testing platforms like LambdaTest, which enables automation testing on the Selenium Grid on 3000+ combinations of OS, browsers, and versions, for a more scaled and expedited method. It will undoubtedly aid in increasing your total test coverage, resulting in higher product quality.

Register for free and start your test automation journey with LambdaTest!