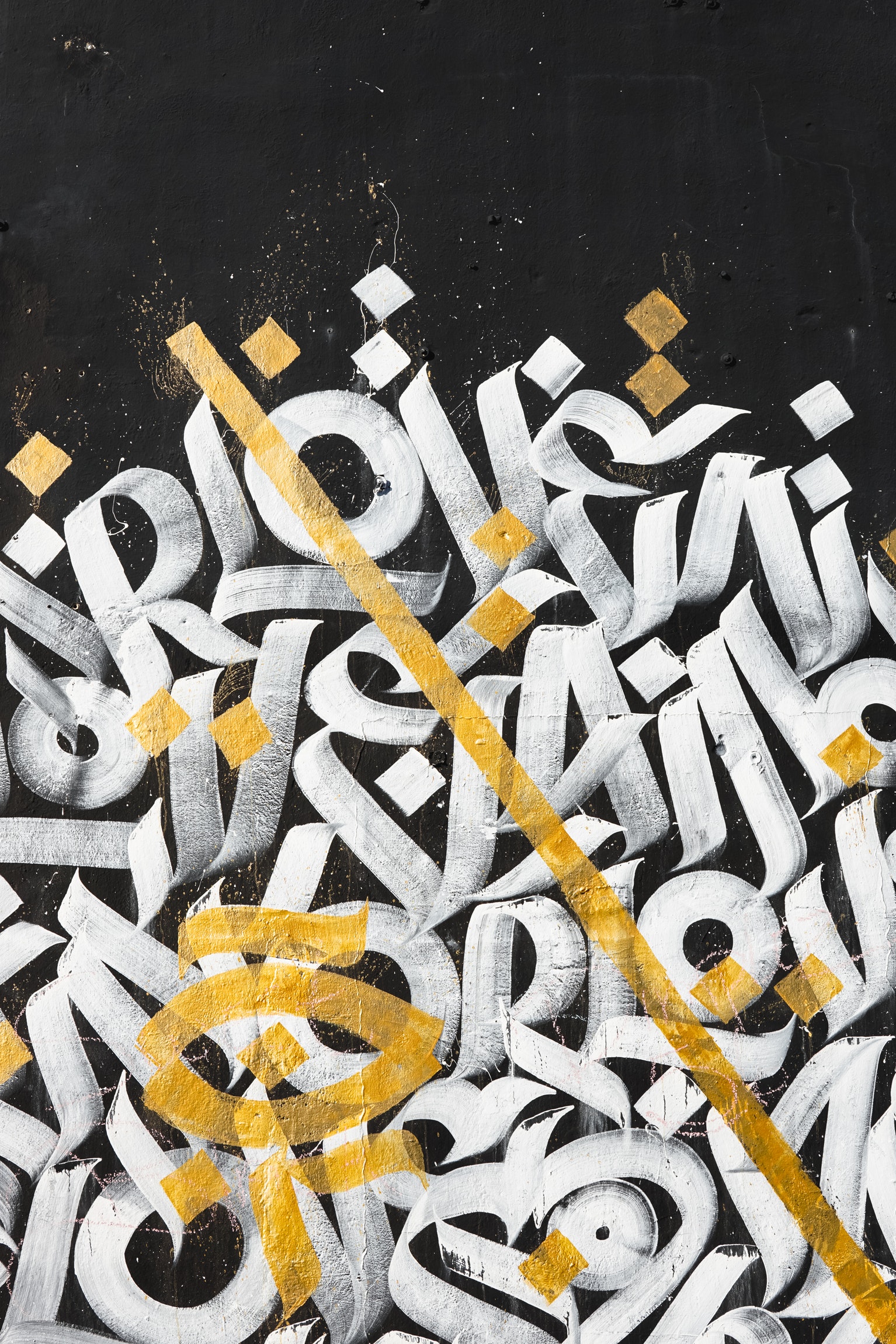 Write to Pavel
Merehead / Blog / Trends / 15 Top Graphic Design Trends and Predictions in 2019
Subscribe to our newsletter
You are the rock.
Thank you!

The age of digital art is quite impressive in terms of graphic design trends in 2019. They disappear sometimes as swiftly as they appear. Nevertheless, some tendencies hold positions for a long time. This means that we can talk about their relative stability, as well as the demand among designers and users. Here we collected and prepared the list of trends 2019 that’s going to be used in new projects very soon.

Top Graphic Design Trends and Predictions in 2019 are:

If we describe current graphic design trends of 2019 with a few words, then they can be called "the antonym of boredom and discouragement". And in one word it’s impression“. Now, the trend is brightness, non-triviality and surprise. Sometimes experiments of modern designers may even seem crazy, but the high level of popularity of this or that phenomenon testifies to its recognition among experts and of course end users.

2019 is going to be revolutionary for graphic design! CR is the evidence.
Mark Abergel

No one expected but it happened already last year. The first results were impressive so much as stunning. Adobe used it a lot this year and some experts predict it to be used in companies like Microsoft.

So, what’s exactly the complementary reality in graphic design predictions? Here’s what design experts say. Complementary reality in design is the exposition constituting with two objects, where one is depicted in the style of skeuomorphism, and the other’s digital metaphor. The easiest way to show it through graphics – visual images are used as a non-verbal language.

Merehead designers expect it to be complementary reality design quite famous in 2019. Not only in graphic design, but we may see fusion in the intersection of web and graphic design. 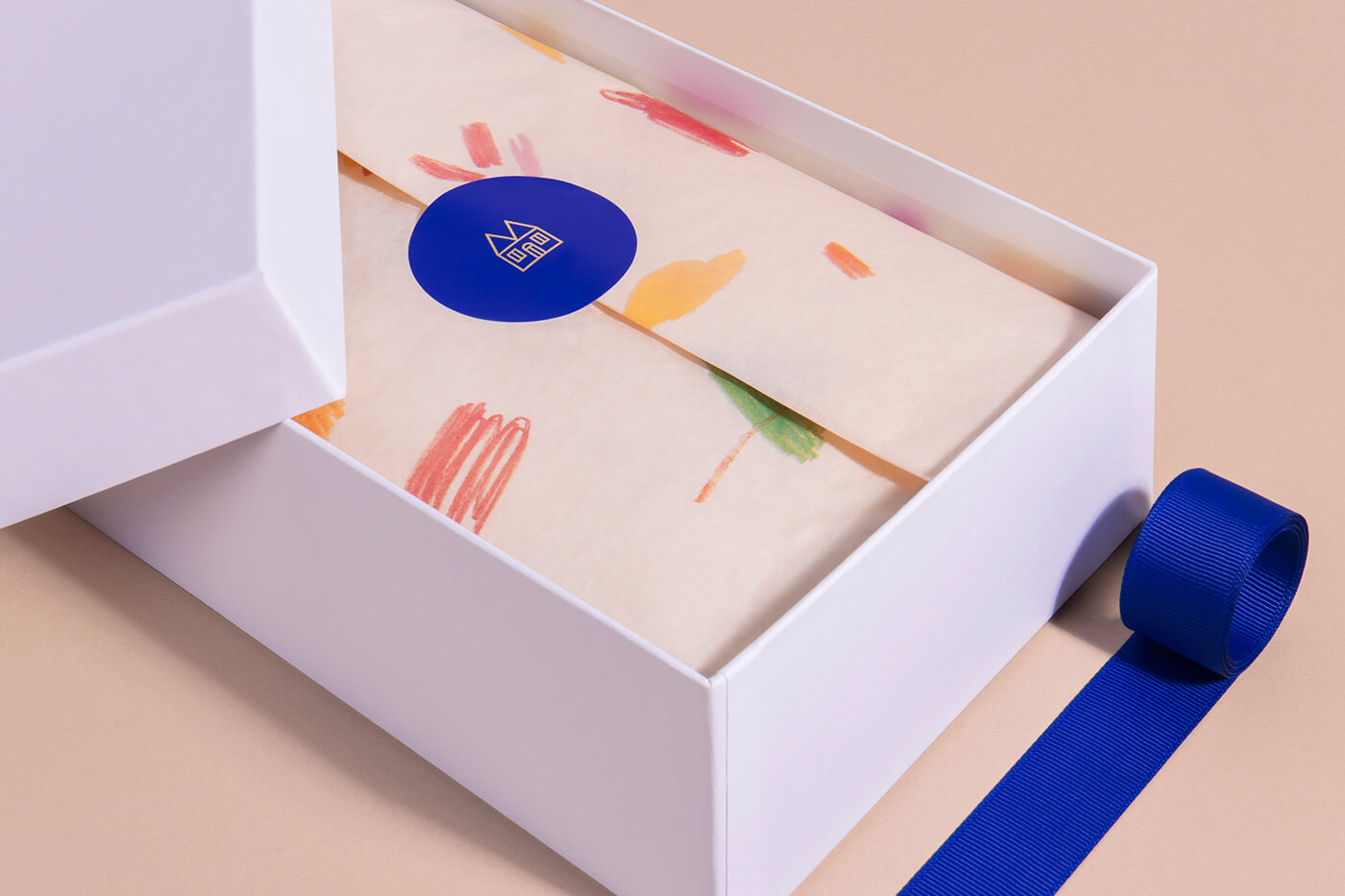 Bright design in 2018 is relevant especially. If it is also combined with three-dimensional elements, it can become one of the most advantageous variations. Some experts believe that the trend will be popular in 2019. All projects are uniqu even so who operate in crypto space. Robinhood shows us it. Colors quite important in design and later cryptocurrency ICO development.

Three-dimensional compositions look great on the posters of cinemas. They effectively announce events held in restaurants, fashionable hotels and other institutions. If you aspire to the recognition of your business and the accompanying promotion of events, this reception will be in place.

Focusing on people will be one of the hallmarks of the 2019 graphic design. Why? That's what advanced designers think about this.

“We have already seen a design shift from product to its interaction in the last 2 years. Top companies have been using this technique for a long time - they have almost unlimited resources. The synergy of designers and psychologists has crossed the line. And something is changing now.” - says a lead designer in Japan.

To succeed in marketing and sales must be the right package. People interact with people. We in the company hope that this will remain at the "proper" level.

This technique covers a variety of design areas, starting with posters and signage, ending with logos, in which experiments with fonts will occupy an honorable place among the best logo design trends in 2022. The font is not just a way to convey textual information.


Fonts are changing our perception. Google, Airbnb, and Lenovo showed us this.


It is also an element of design that can be interestingly stylized. Understanding such an important conceptual thing makes it possible uses the potential that designer font stylization opens.

Another actual in 2019 reception will be a fading font. The use of negative space is not something radically new. But this is an excellent opportunity to attract the attention of the person to whom the message is addressed. The use of such effects requires great skill. If you "overdo it", you can achieve the opposite effect. The main rule is not to forget that the font should remain readable.

Continuing the theme of variations with the font, it is impossible to forget that now the trend is a chaotic placement of letters and words. As with the previous method, it is important not to play. Your message to the target audience should be readable. Otherwise, all the efforts made will lead to a result that will simply irritate people.

In 2018, fonts in design sometimes appear in the most unexpected way. For example, perform the function of the palisade, through which other compositional elements can be seen. The effect is interesting because it looks original and elegant. The incomplete vision of the picture, hidden behind the font, prompts the person to stop his gaze more closely and look closely. Thus - the designer manages to stop his attention. Modern graphics trends are going inside of deep learning, AI and even blockchain particularly in cryptocurrency exchange development areas. What does that mean? Well, it means the audience is changing and despite how complex the technology behinds it, the user wants to see at exciting UI and graphics.

The final of the trends associated with the font is the use of letters as objects of real space. Such letters can be in full growth of people who are depicted in their background. The main thing is that these objects harmoniously interact with other compositional elements.

Such a visual effect became popular last year, and now it has firmly consolidated its positions. It consists in the fact that the image is purposely served as if it is damaged. It is predicted that the "damaged" pictures will continue to capture the world of design, appearing in the most unexpected versions and modifications.

If you analyze the design area without prejudice, you must pay tribute to holography, nevertheless. But you need to make a reservation - it was at the height of popularity a few years ago. Now it's just one of the trends that coexist along with the others. More holography will surprise no one, despite the fact that it can look glamorous enough.

The effect has something in common with doubling. But here is used not in a literal sense, a double image, but a two-color light or shadow. As a result, even a simple trivial composition begins to look more dynamic and sharp. There are two options with which the reception is implemented in practice. These are:
• Using two real light sources;
• Splitting of the light channel.

To use this effect, complex technical solutions are not needed. In fact, originality is achieved in a fairly simple way. 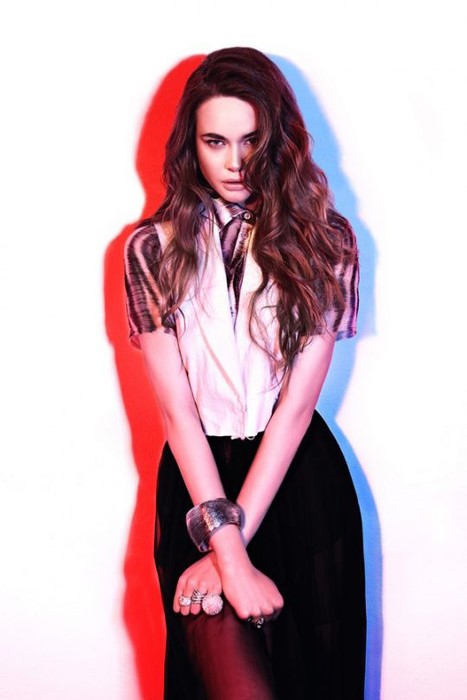 The use of space in the negative creates interesting visual variations. Subject to professional implementation, this design decision is very kindly perceived by people and causes them a heightened interest. Against the backdrop of the negative space (emptiness), fascinating stories and pictures grow. It can not but capture. 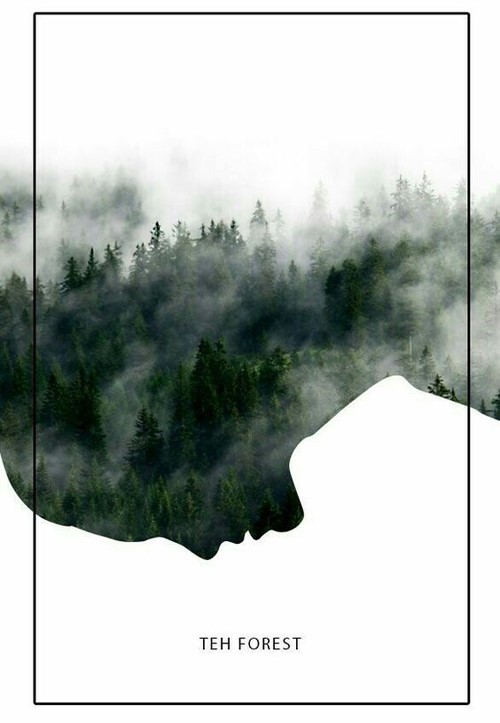 Now you can see a lot of posters on which the background color and goods coincide. The advertised subject stands out only thanks to the 3D technologies that we mentioned in the top web design trends of 2022. It looks very attractive. It seems that the object smoothly emerges from nowhere. And this motivates the target audience to look closely, stopping the attention on your product. 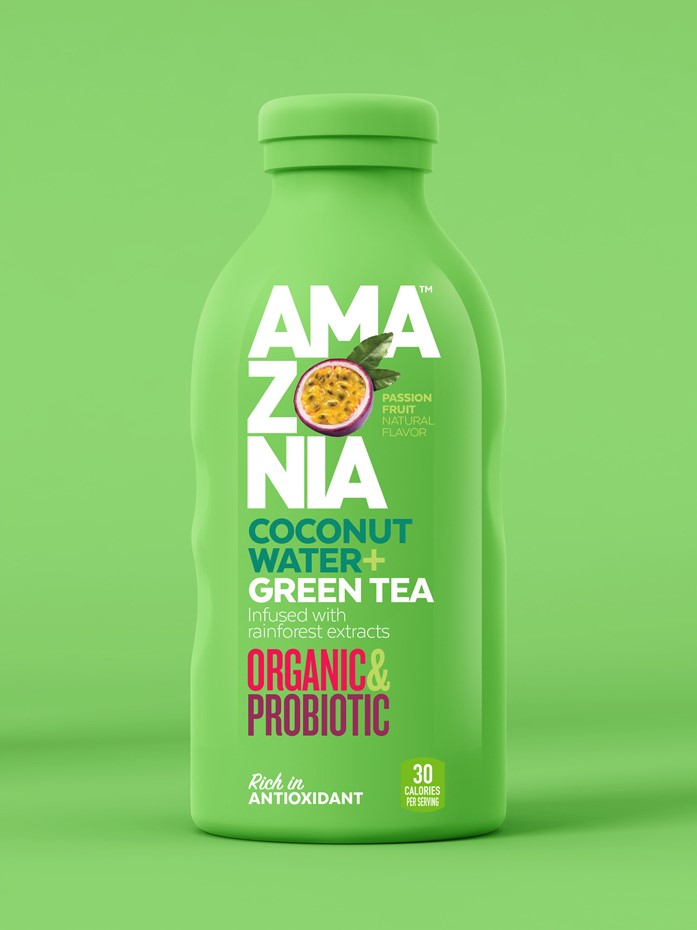 Modern tools for working with graphics objects are so advanced that they allowed moving the usual brushes in Photoshop to the background. Their time has already ended. Drawings by hand are now beautifully transferred to the digital space and complemented by unique effects.

This trend is unique not only to graphic design. She perfectly "lives" in the directions of web design and logo design, not going to surrender their own positions. Rather - effectively adapts to other trends and is combined with them. Experts predict that the gradients will soon be mostly two-tone. It looks pretty interesting. So - will be in demand by designers and their customers. 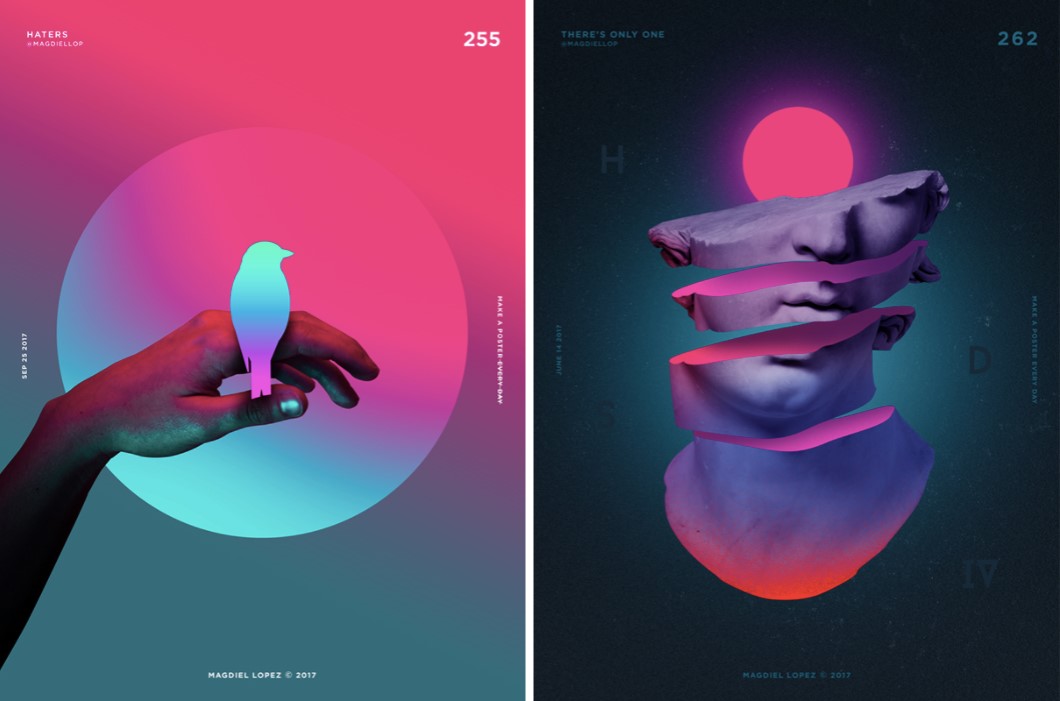 In addition to images in 3D technology, these animations will also be relevant. They can be a winning option if used in advertising sports shoes and clothing, bicycles, cars - any objects, the use of which is associated with drive and dynamics. The quality animation looks not just spectacular, but also atmospheric.

Along with modern computer graphics, the usual picture will also be in demand both in this and next year. Marketing companies offer bold solutions. It is very important not to overdo it.

If we talk about the techniques that can be used in this direction, then there are a lot of them - starting with body art and ending with the unusual design of the shooting areas. Everything depends on the specifics of the advertising campaign and the product itself.

These two factors and should determine the appropriate techniques in photography. The main thing is that the brightness does not go into vulgarity, and originality - in kitsch or a combination of really incompatible elements. 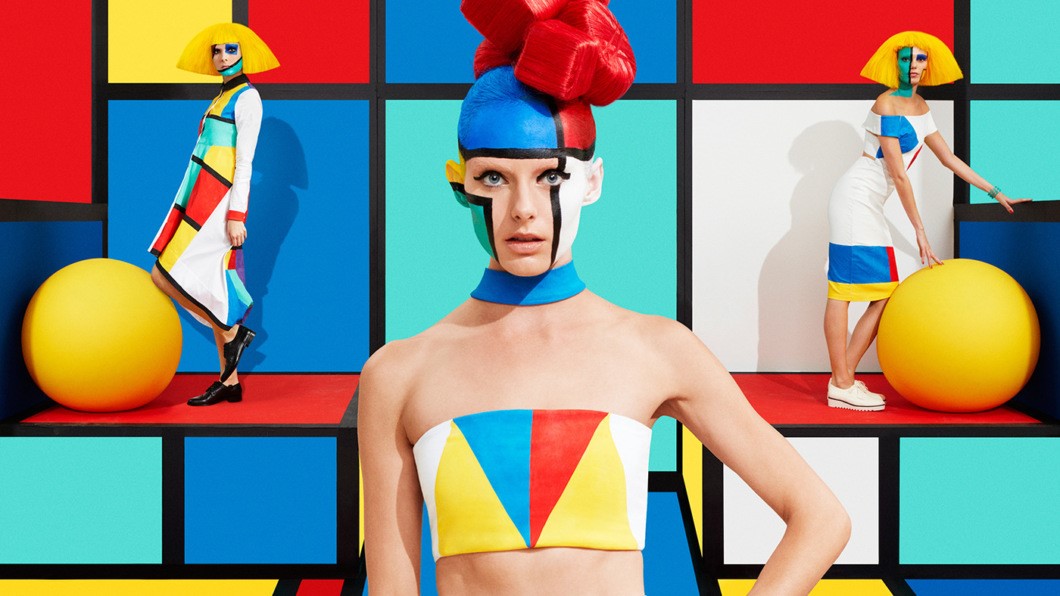 Bright is a new Demon.


This technique in graphic design is understandable and justified. The retro style of older people is associated with something native and emotionally close. And his modern interpretations attract the attention of young people and cause their interest. Thus, a retro-style adapted to modern times is a win-win for an audience of different ages.

No matter how modern methods and methods of interaction with graphics come into fashion, manual work will always be appreciated. Therefore, drawn pictures in 2019 will not disappear from the graphic design industry. Probably, in the future, they will also be in demand. Moreover, they will even enter the top web development trends 2020.

If the manual implementation is combined with computer techniques, this creates unique opportunities for design decisions and actually forms a trend that will be timeless.

You decide where to put a comma. Retro-style periodically pops up on top of the current trends. Although it does not rise to the top, giving way to technological innovations, this direction does not completely forget about itself. Because in 2019 retro-installations will continue to be popular not only in graphic design trends but also in UX design trends of 2022.

They do not live an autonomous life but successfully adapt to general trends. It is through this that we can see a modern animation, imitating the retro style.

Graphic design is an area in which the most diverse trends coexist. Their successful implementation in a particular project largely depends on the skills of the web design agency that you choose.

Merehead does professional development of Graphic Design 2019. If you have questions, contact us for a free consultation.

Pavel Krivoruchko
Author of the post
Merehead is a design agency

Category: Trends 11/18/2021
7 Web Design Trends to Use
Every designer is highly interested in being up to date with the latest news and solutions in the field, and it is also necessary to know about current trends and especially web design trends in 2018 in the market. In addition to the new graphic design trends, a design should be unique. In fact, web design is so dynamic, that thing considered the fresh and modern couple of years ago nowadays may seem to be completely out of date. 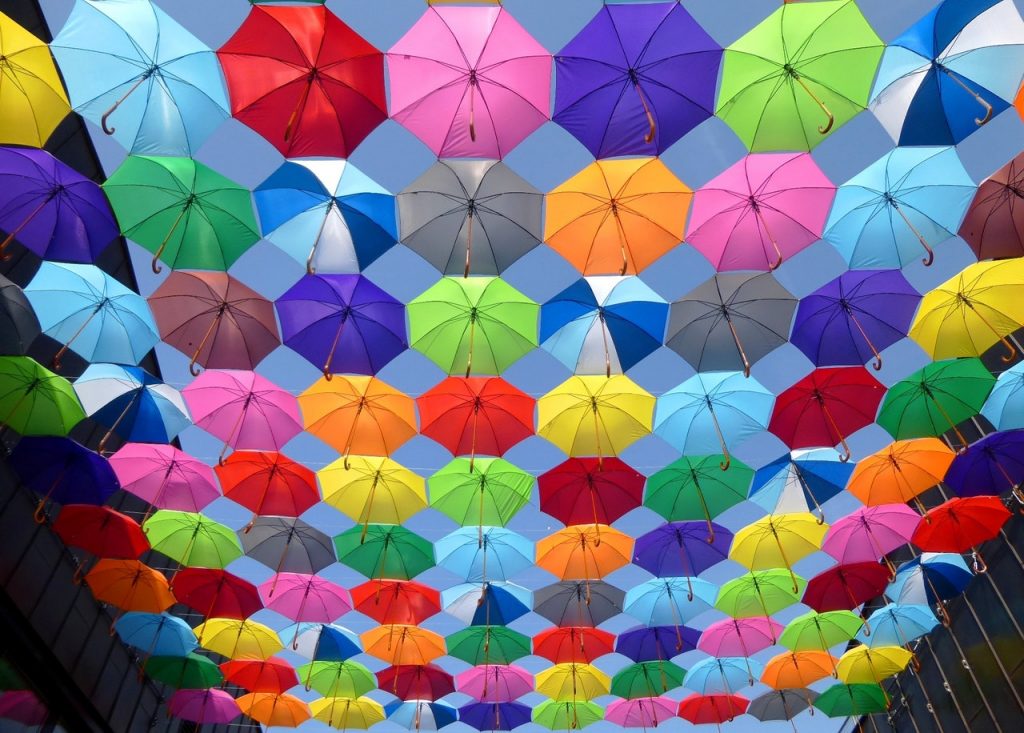 Category: Trends 11/18/2021
7 Awesome Web Design Trends 2017
Web designer, entrepreneur and even owner of a small business have to follow trends. This article will discover you with 7 exciting trends in web design that was in 2022 to help you get most out of your website. Let’s begin! 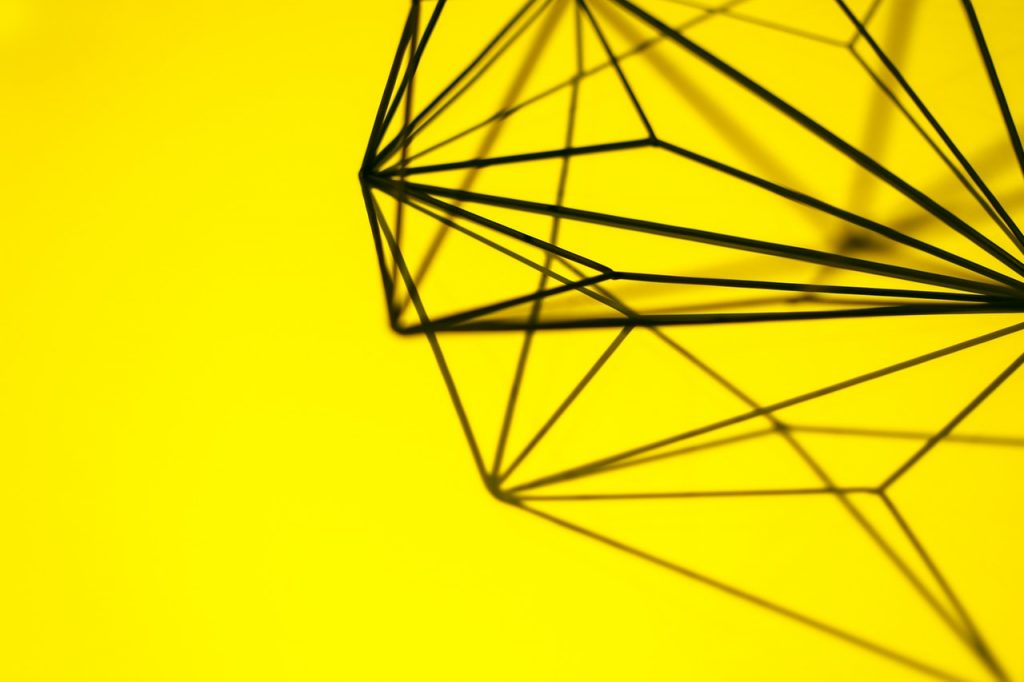 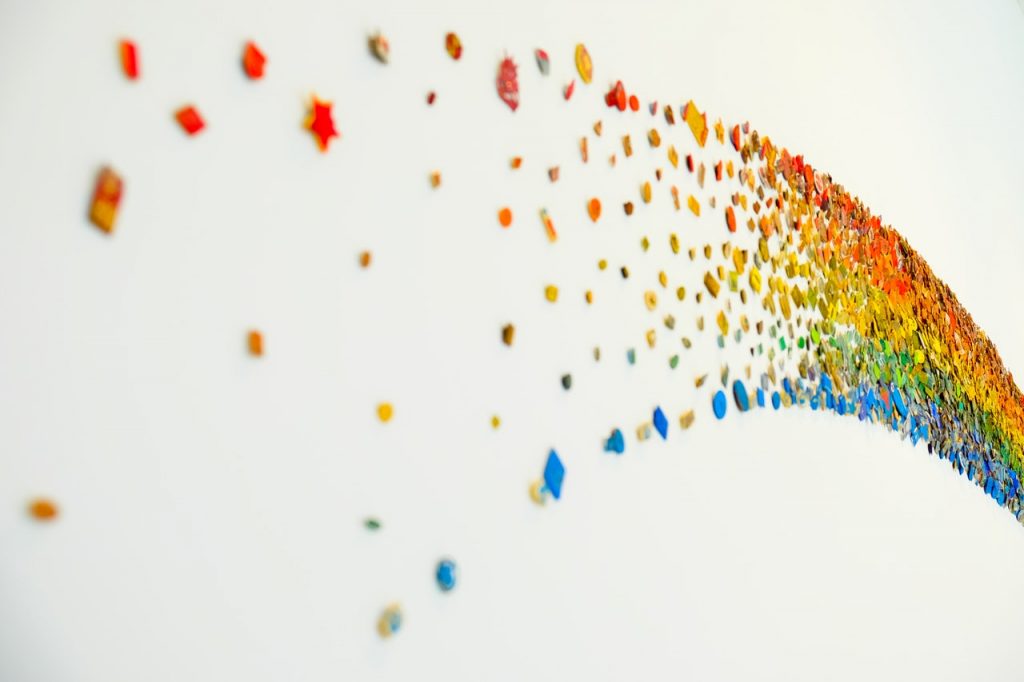